This Long-Nose Jaguar D-Type Bonnet was made by hand by British coachbuilding firm Williams & Pritchard in the 1970s as part of a restoration for Jaguar D-Type chassis XKD 558.

This bonnet was donated to the Piston Foundation by Ann Smith Finn in honor of her late husband Joel Finn, a racing driver, computer industry executive, and an award-winning author in the field of motor racing history.

The Piston Foundation provides scholarships and apprenticeships for those pursuing careers in collector car maintenance and restoration, and proceeds from this auction will benefit the foundation’s mission of preserving car culture through education.

A statement from the Piston Foundation:

“Please consider joining us at the Piston Foundation and help make a positive impact in preserving the industry we all love. Learn more and donate at www.pistonfoundation.org.” 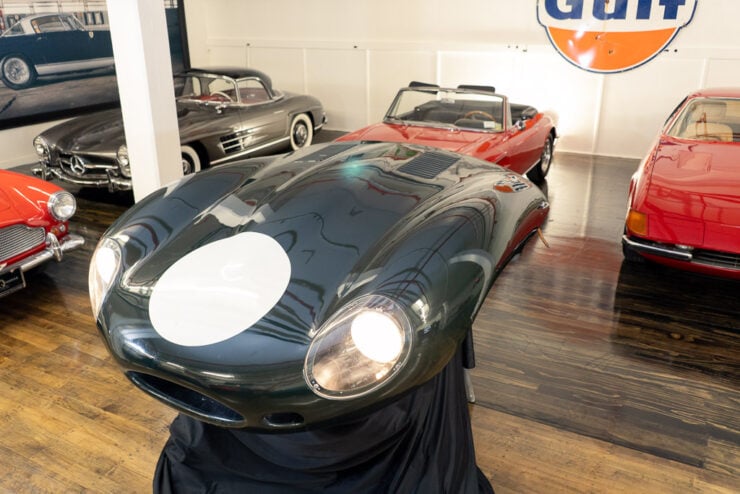 This D-Type front end has working headlights, and classic British racing green paintwork including a white circle on the front for a racing number.

The bonnet was made using traditional hand tools and English wheeling machine from aluminum alloy under the guidance of D-Type specialists Lynx Engineering. Chassis XKD 558 started out as a short-nose D-Type which was delivered to Canada, it was crashed in 1965 and 9 years later in 1974 it was sent to Lynx Engineering in the UK for restoration.

New alloy bodywork was then made for the car by Williams & Pritchard including this long-nose bonnet which was fitted to the car in place of the damaged original short-nose. This bonnet would remain on the car for almost 20 years before a new owner in the USA in the early 1990s opted to have a short-nose hood made for it.

As a result this lightly used D-Type front end was removed and preserved, and it remains in this original condition to this day. It’s being auctioned live (at the time of writing) on Bring A Trailer and it will be sent to the winning bidder in a shipping crate. 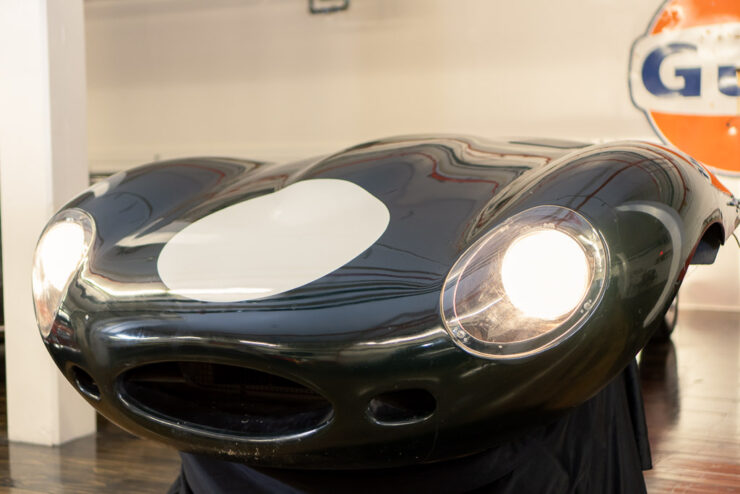 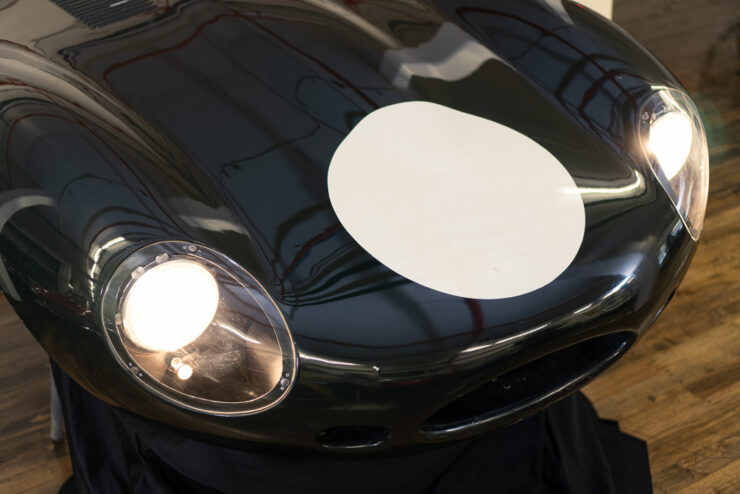 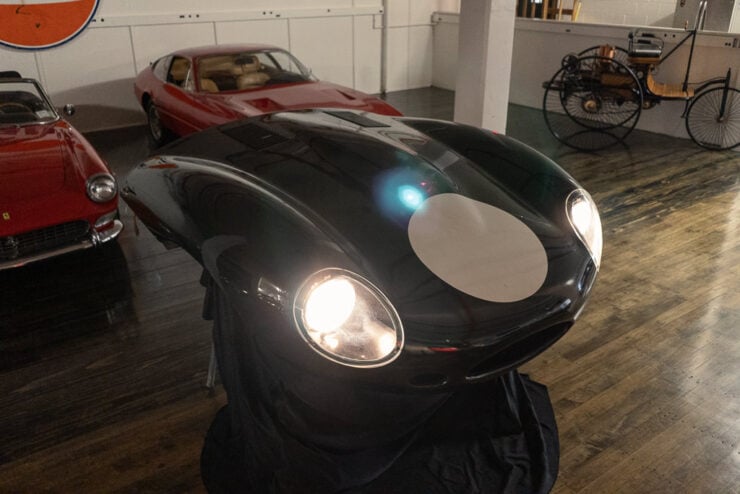 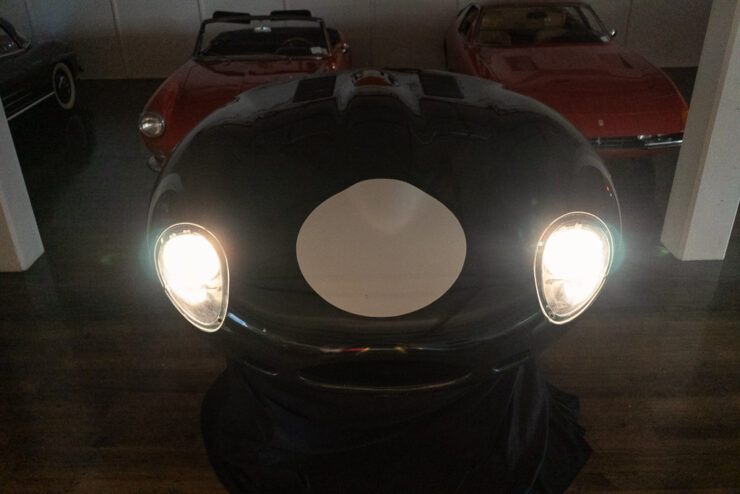 Images courtesy of the Piston Foundation