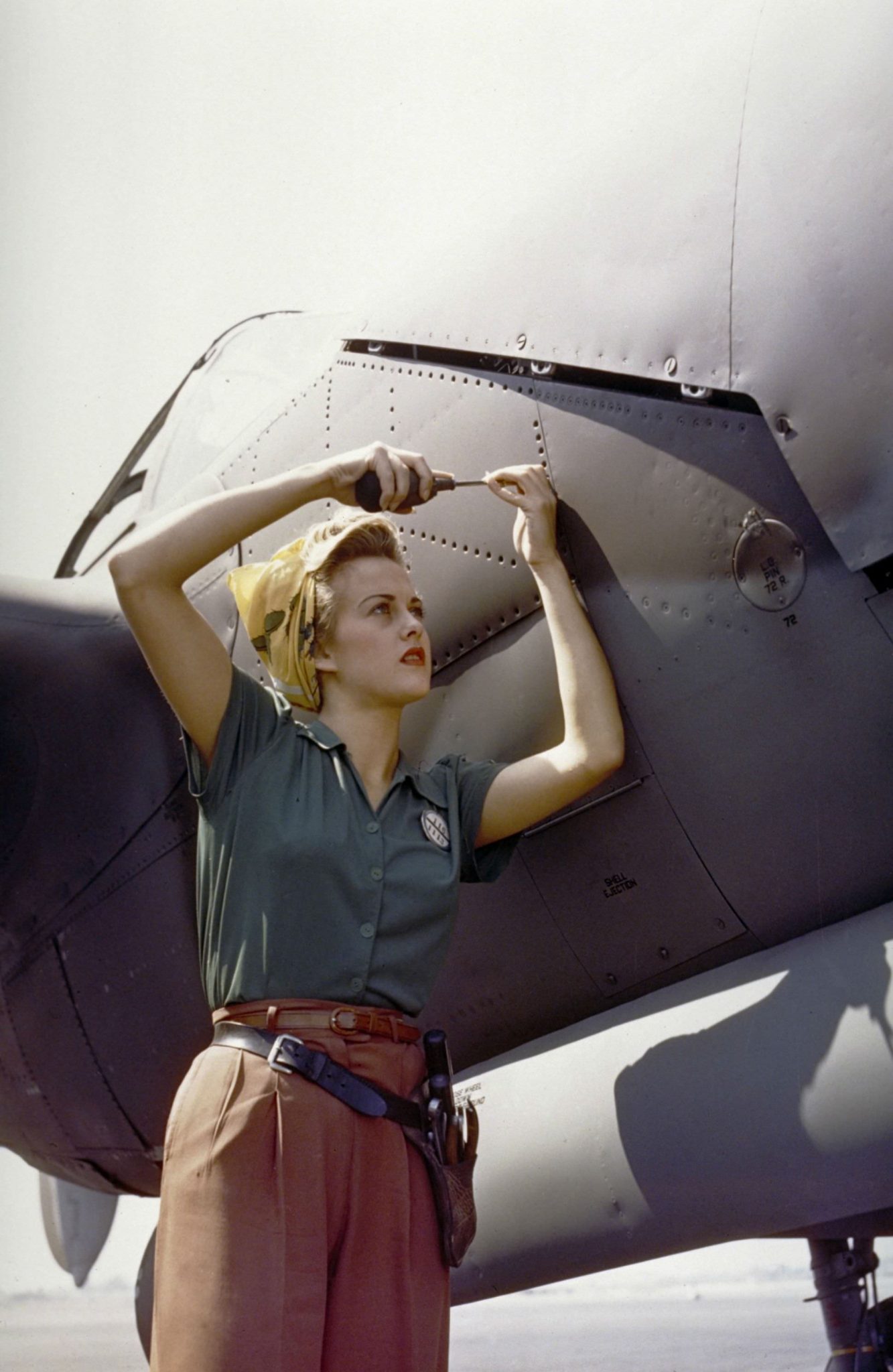 This photograph of a female Lockheed employee working on the fuselage of a P-38 Lightning in California in 1944 is strangely transfixing. Maybe because it’s a lady working on a machine, I think most men have a soft spot for that kind of thing.