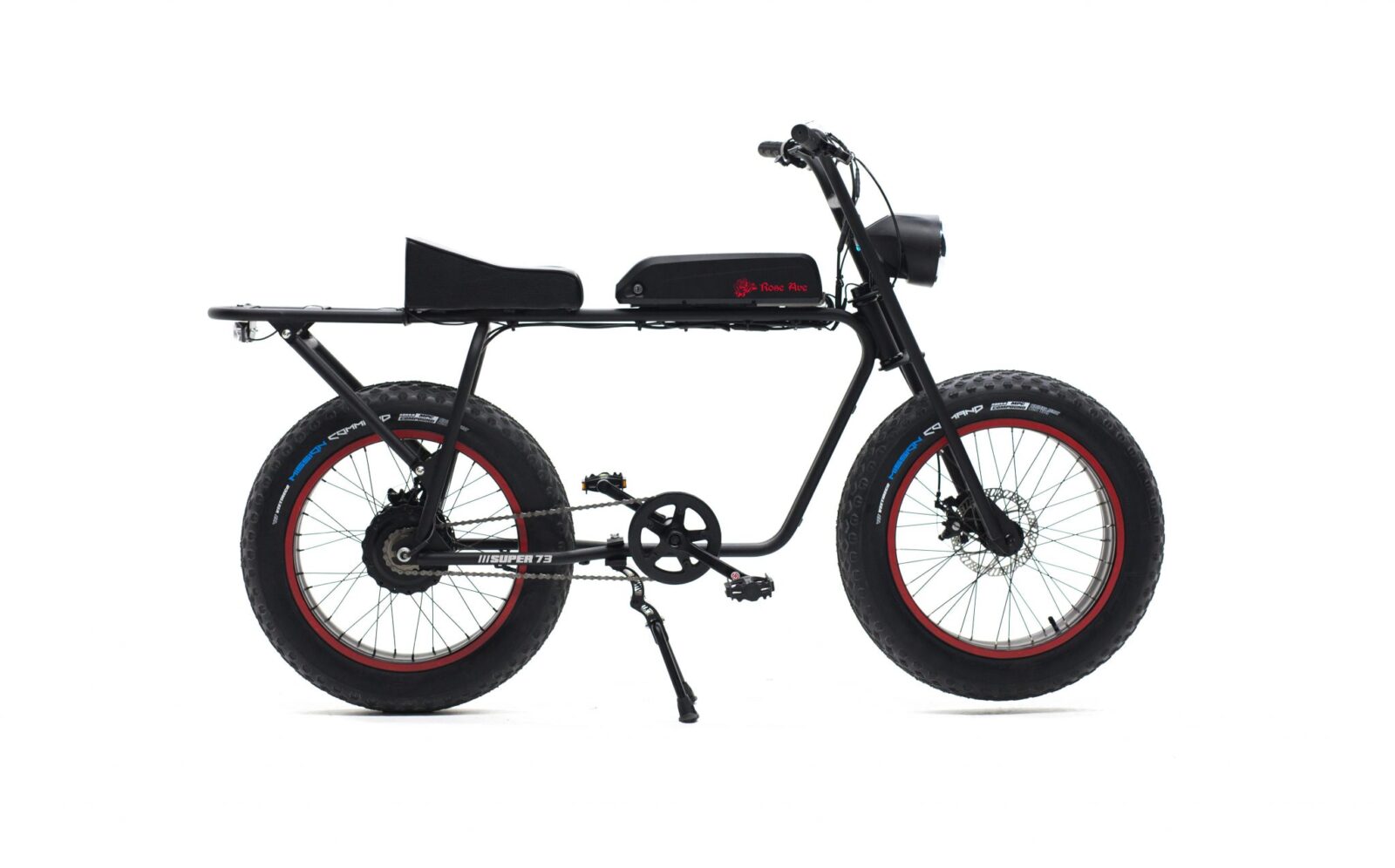 The Super 73 Scout by Lithium Cycles is an electric bicycle designed for people who hate electric bicycles. It’s been developed to look nothing like other electric bikes on the market, whilst incorporating a 500 Watt hub motor (peak power output is 1050 Watts) and a 48 Volt 14.5 amp-hour lithium ion battery offering approximately 40 miles or 64 kilometres of range.

Electric bikes like this have been seeing a surge in popularity, they can be used as regular bicycles as well of course, but when you encounter a hill or run out of motivation you can pull back on the throttle and the torque of the electric motor kicks in. Under electric-only power bikes like this one can travel at speeds of 20 mph (32 km/h) on both roads and bike paths, they also require no license, registration, or insurance. 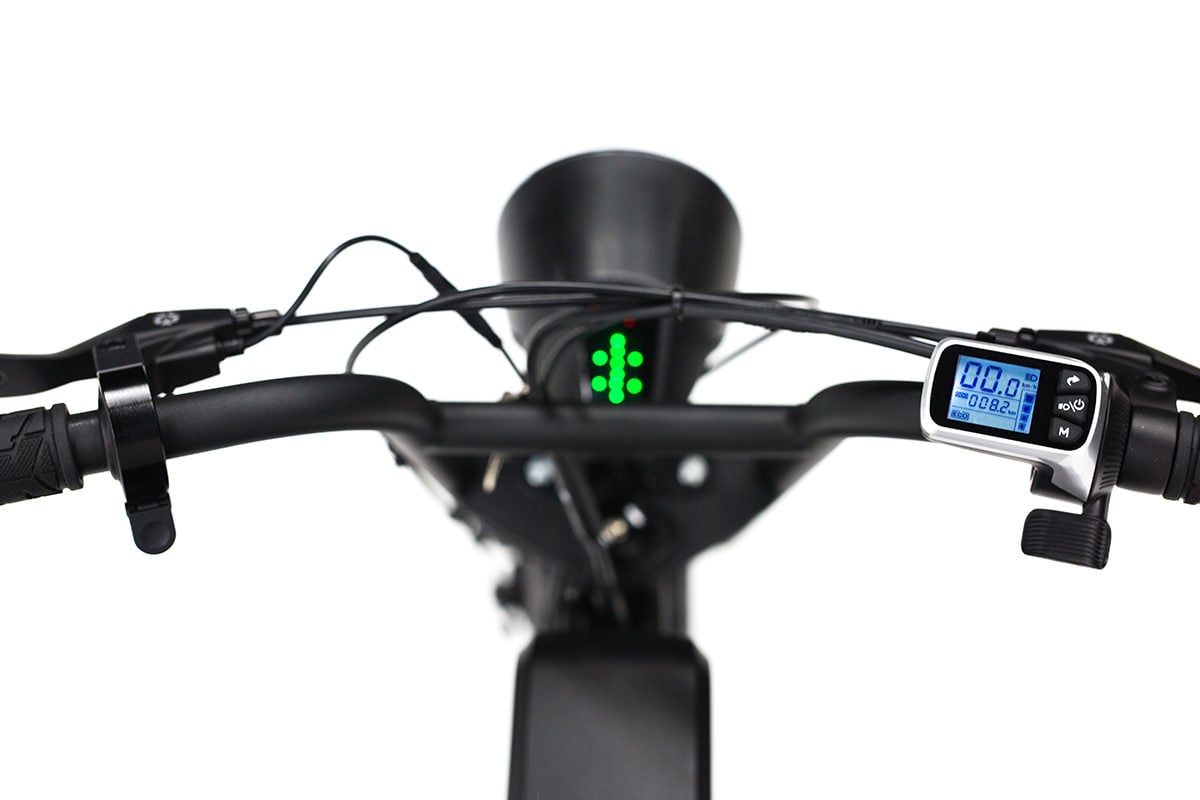 Lithium Cycles developed the Super 73 Scout with a removable lithium ion battery unit located where the fuel tank would sit on a regular motorcycle. The battery is quickly removable, meaning you can take it inside to charge it or toss it into your bag to keep it safe.

The Super 73 Scout has been fitted with fat knobbly tires making it ideal for both on and off road use, the seat has been designed to be thick to keep it comfortable on longer trips, and there is both an LED headlight and an LED brake light for night riding safety.

There’s a discreet speedometer/odometer mounted next to the throttle, it also includes battery charge information, and mode information. The model you see here is the Rose Ave special edition, it’s been designed in collaboration with Jesse Wellens and will be available at $300+ USD below the normal MSRP for the launch month only.

If you’d like to read more about the Super 73 Scout or order your own, you can click here to visit Lithium Cycles. 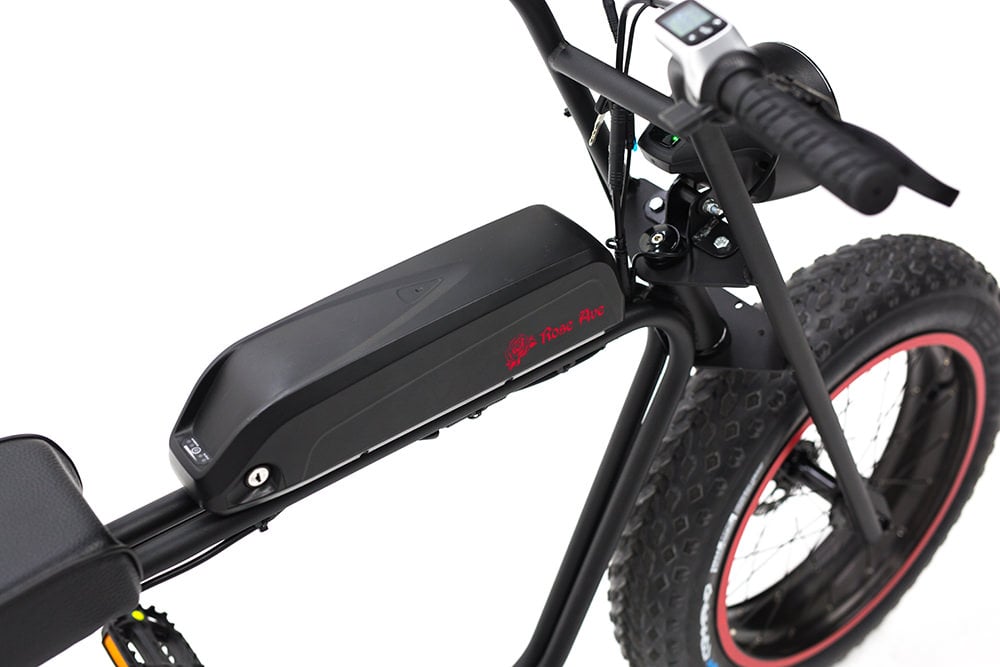 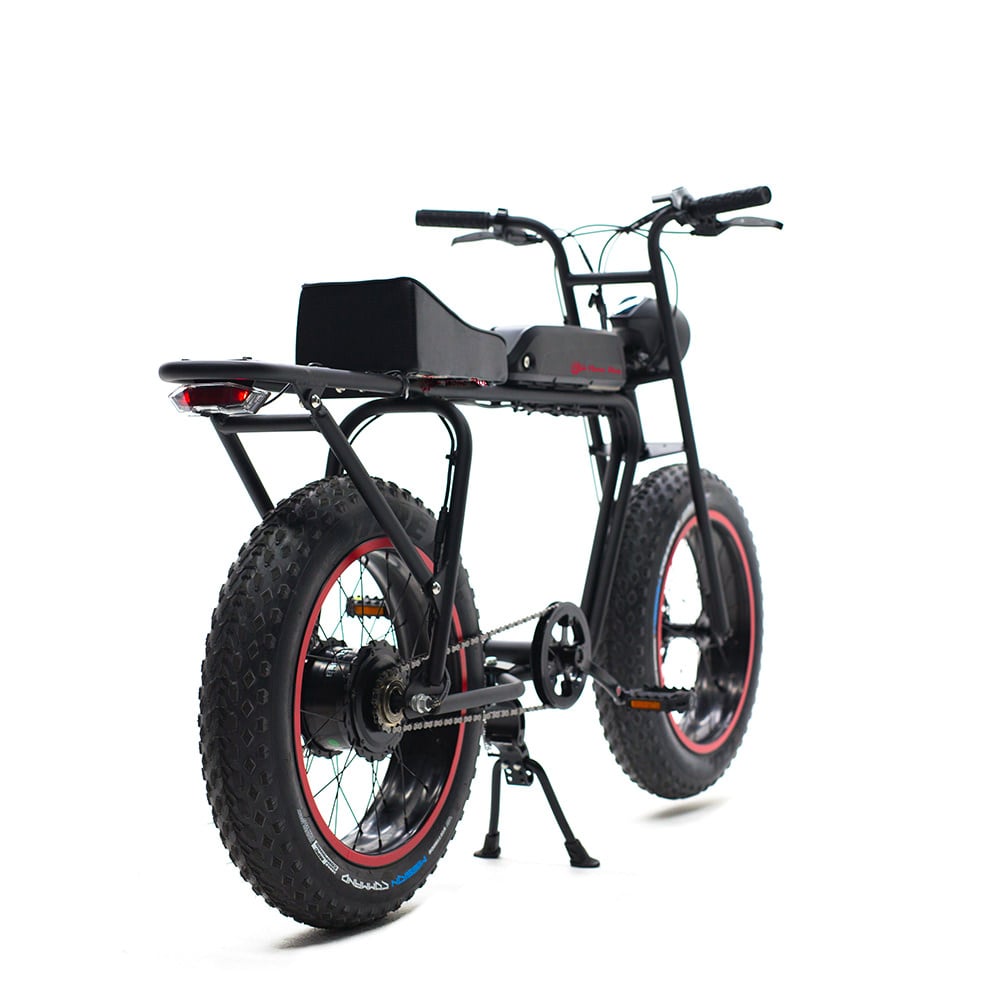 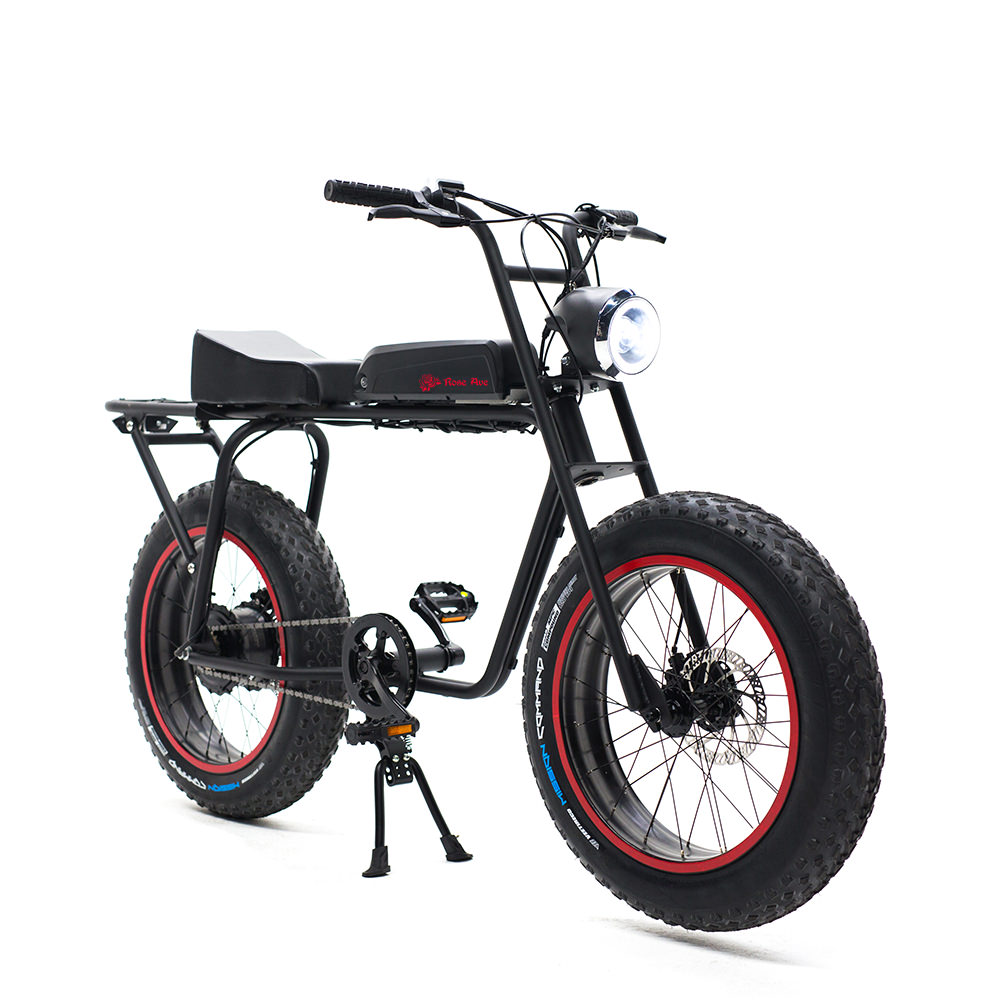 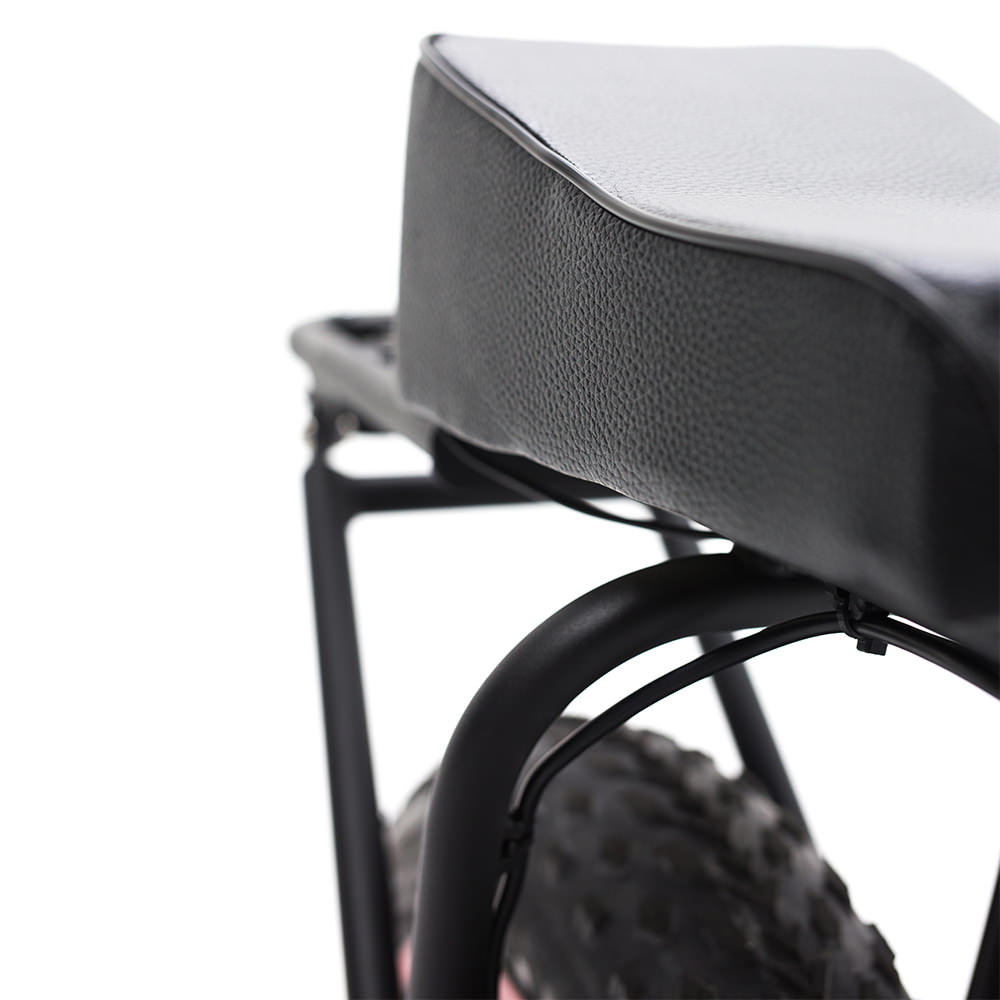 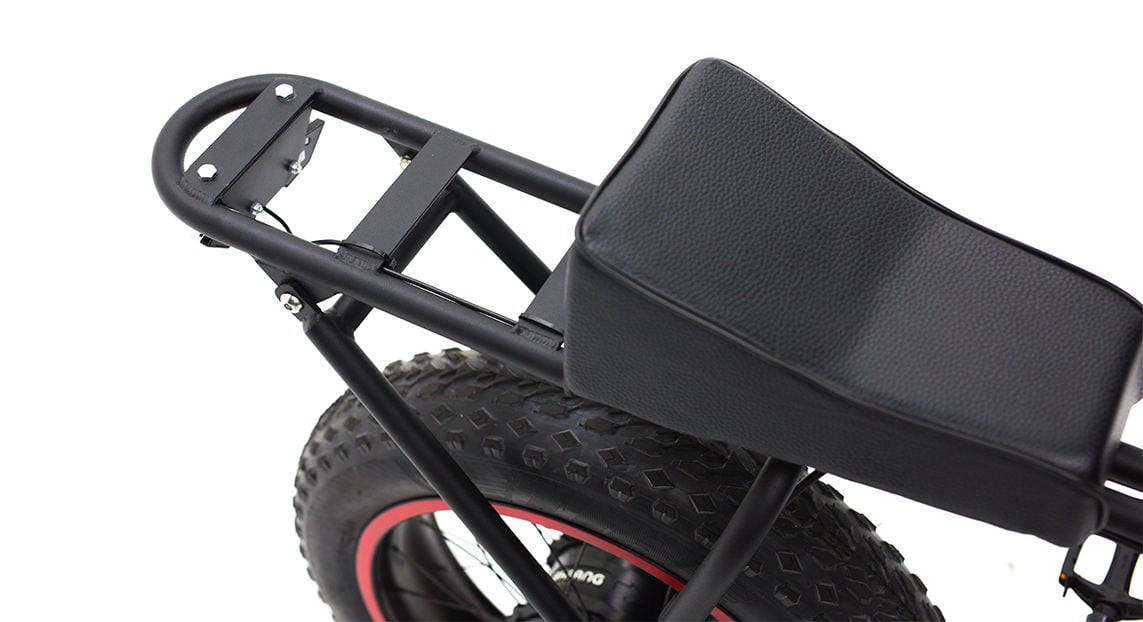 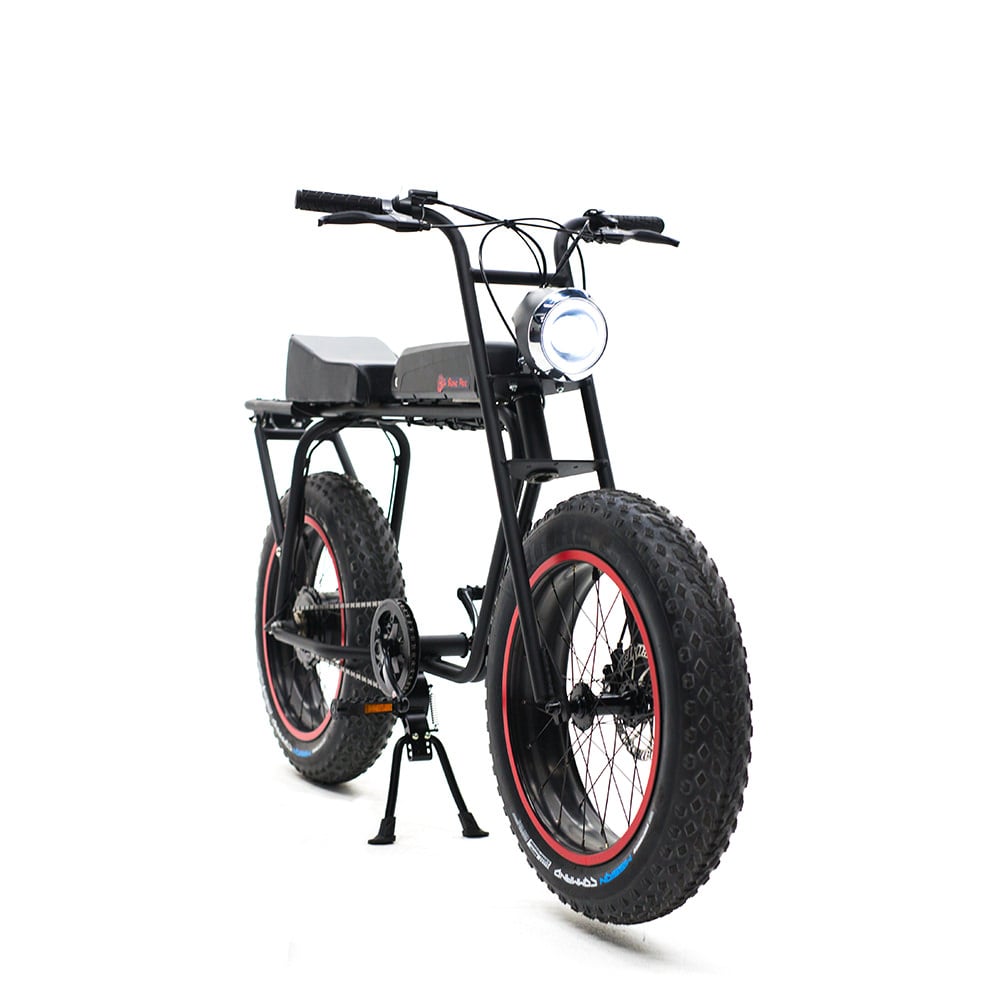 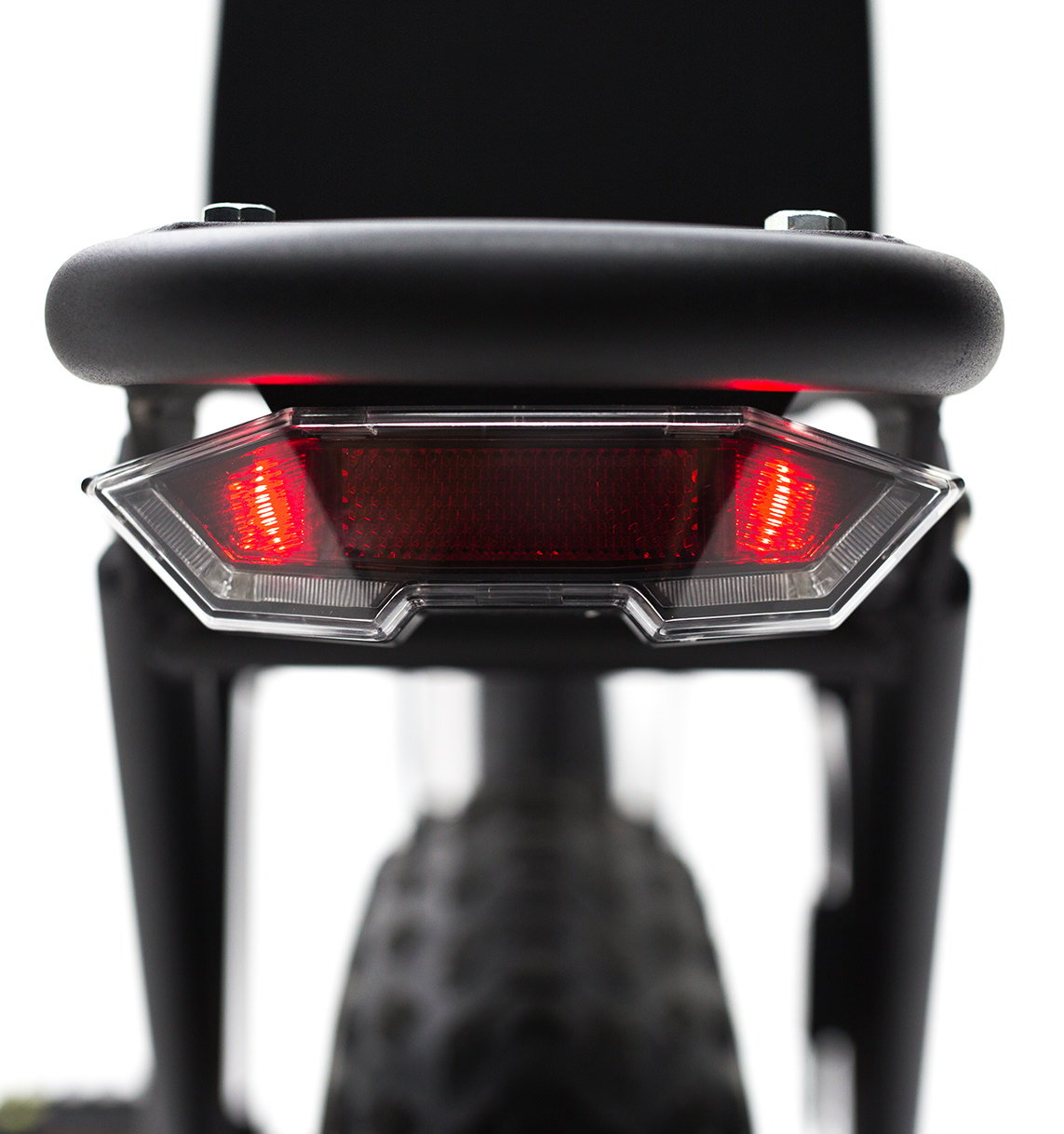 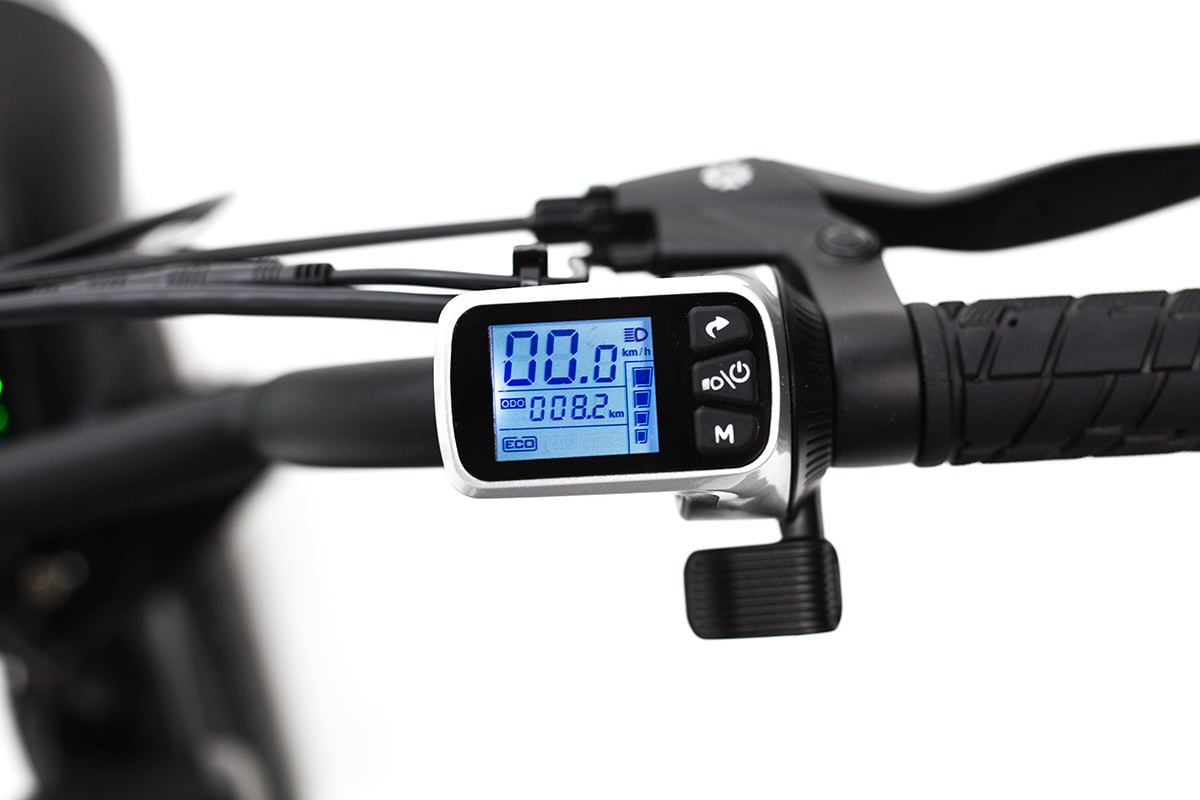 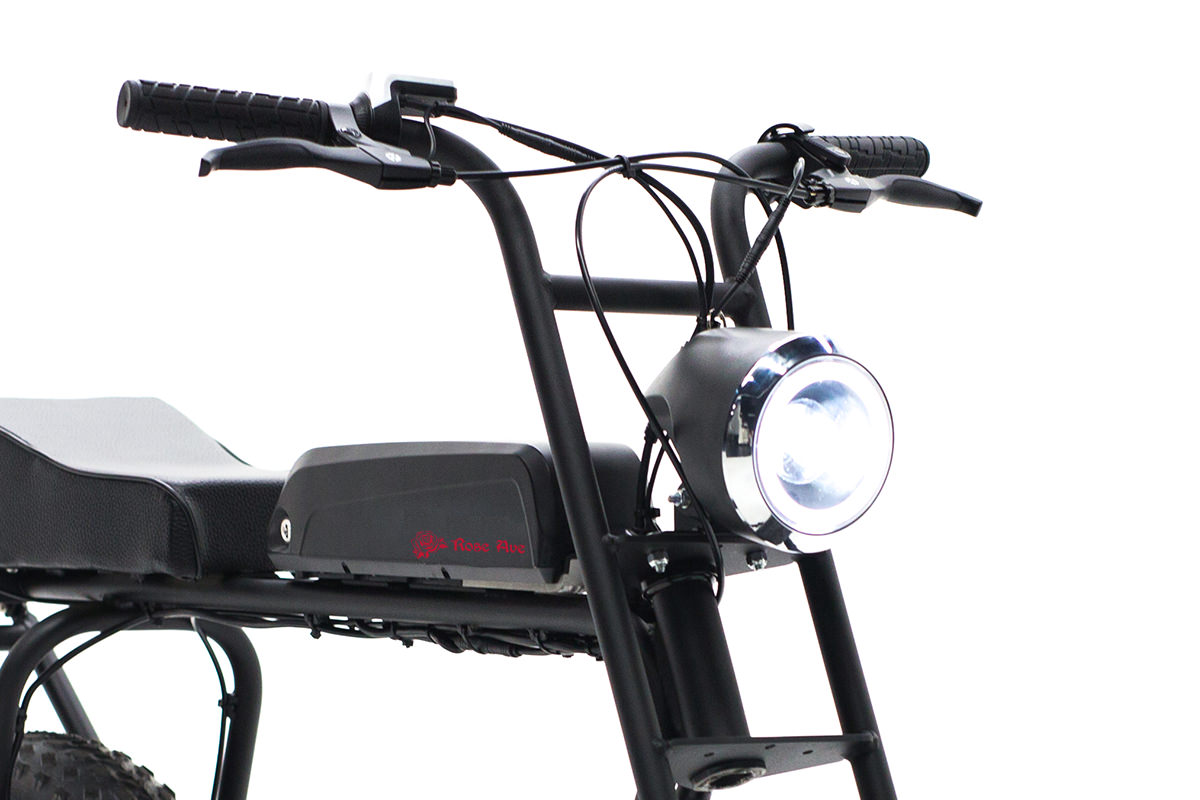 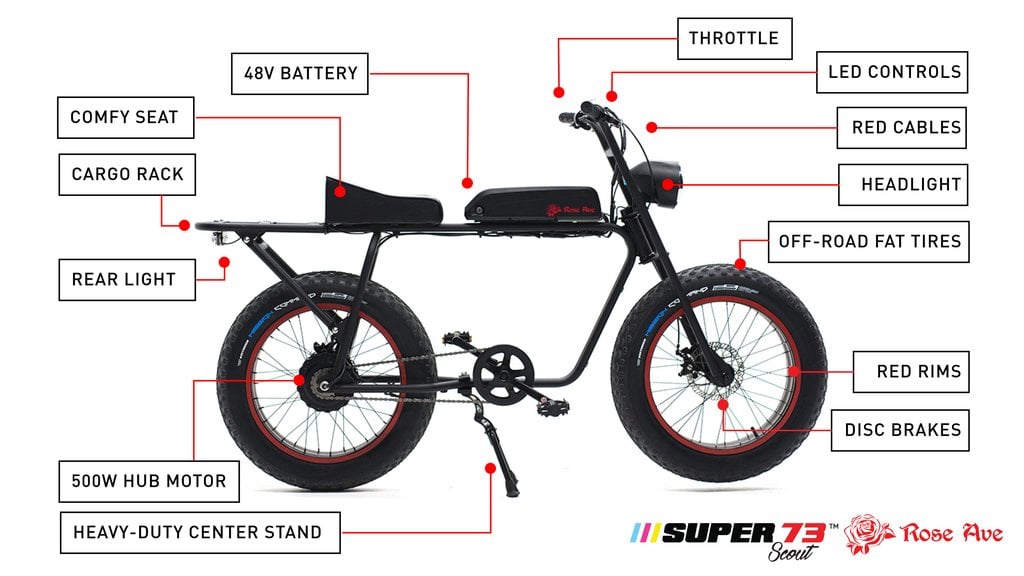 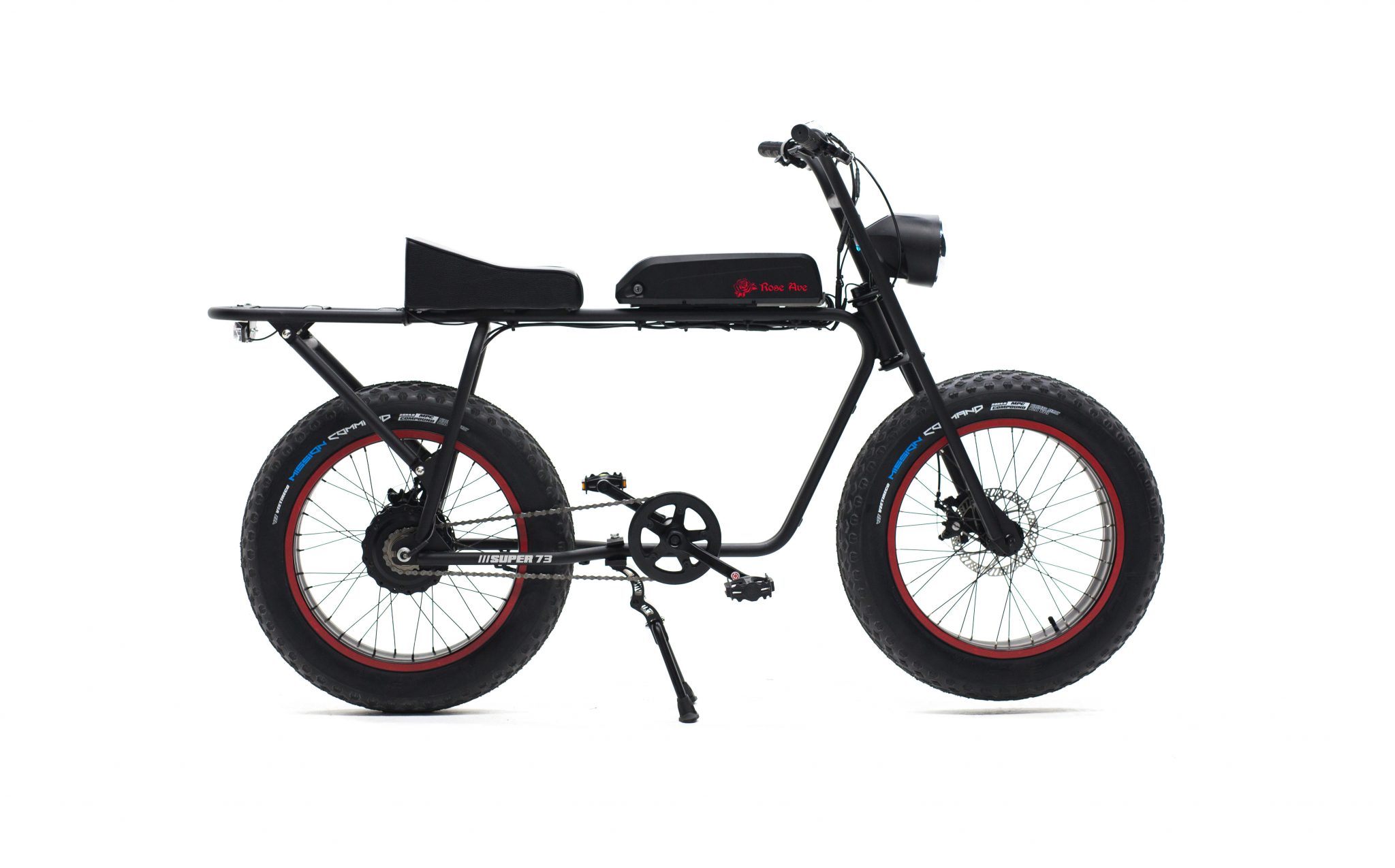