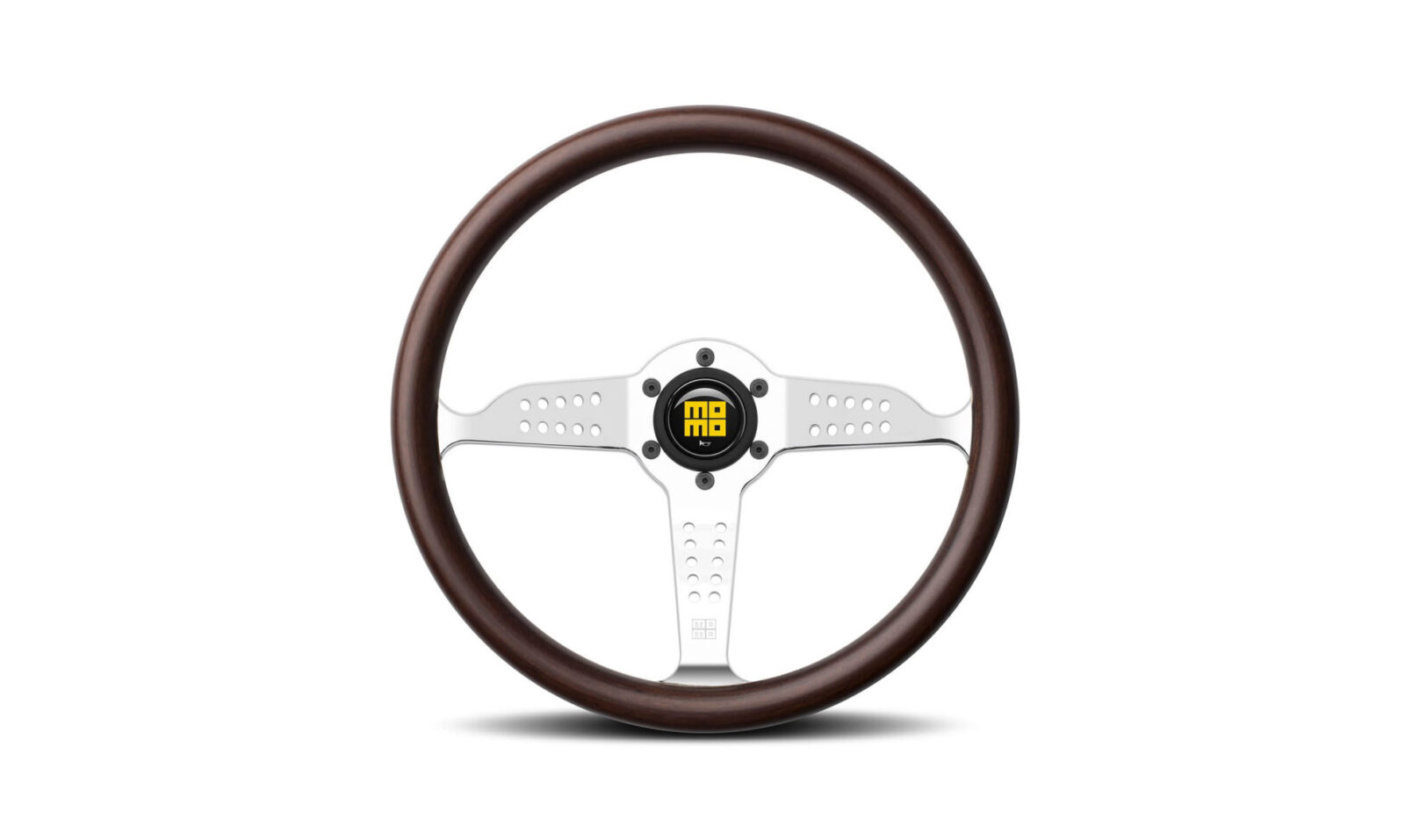 MOMO is a contraction of the words “Moretti Monza”, the company was founded by racing driver Gianpiero Moretti in 1962 almost by accident – he originally just had one steering wheel made, with a thicker wood rim to better suit his hands.

Other drivers quickly noticed the new addition to his vehicle and began requesting their own, once motorsport legend John Surtees ordered one and used it to win the Formula One world title in 1964, Moretti knew he was onto something big.

The Super Grand Prix steering wheel has a design reminiscent of the early days of the company, and is immediately recognisable due to its unusually shaped spokes and the twin rows of smaller-than-typical speed holes.

The mahogany wood rim has that characteristic MOMO thickness and has a matte finish, with polished chrome aluminium spokes and the Heritage MOMO logo on the black horn button in the center. 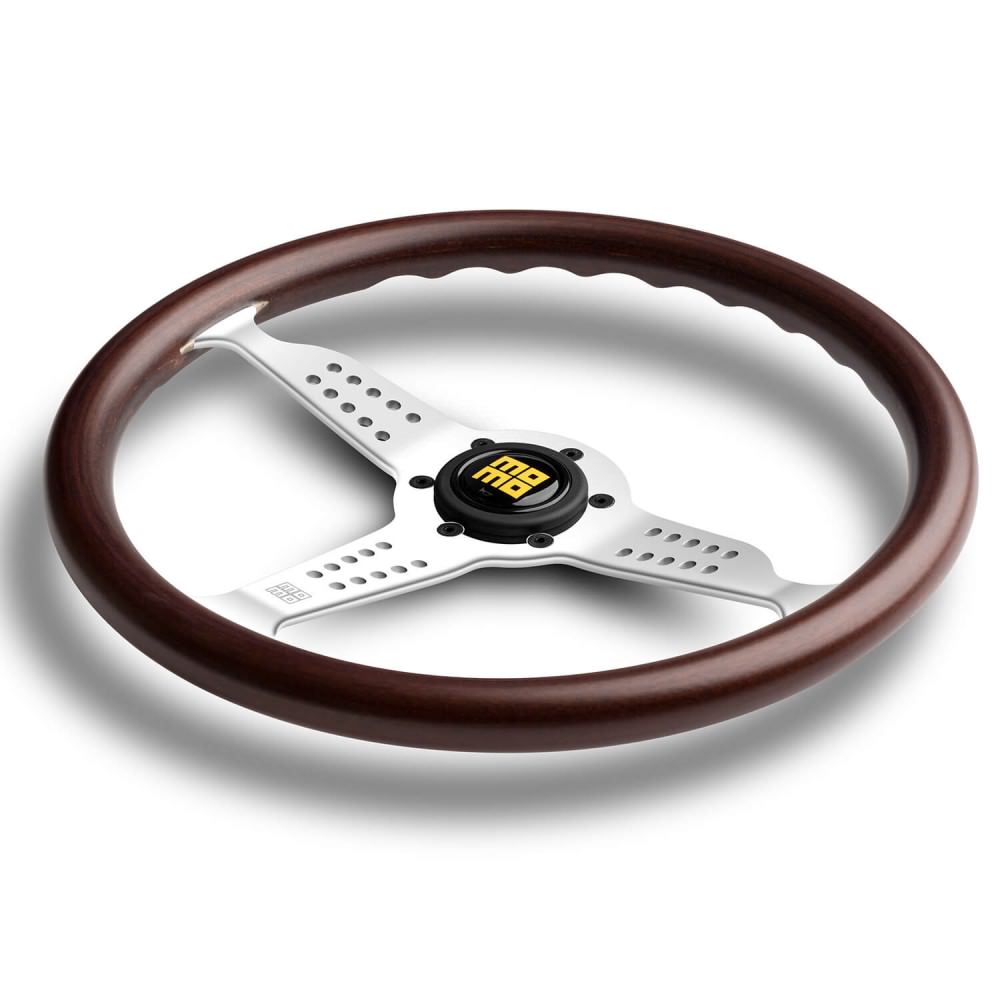 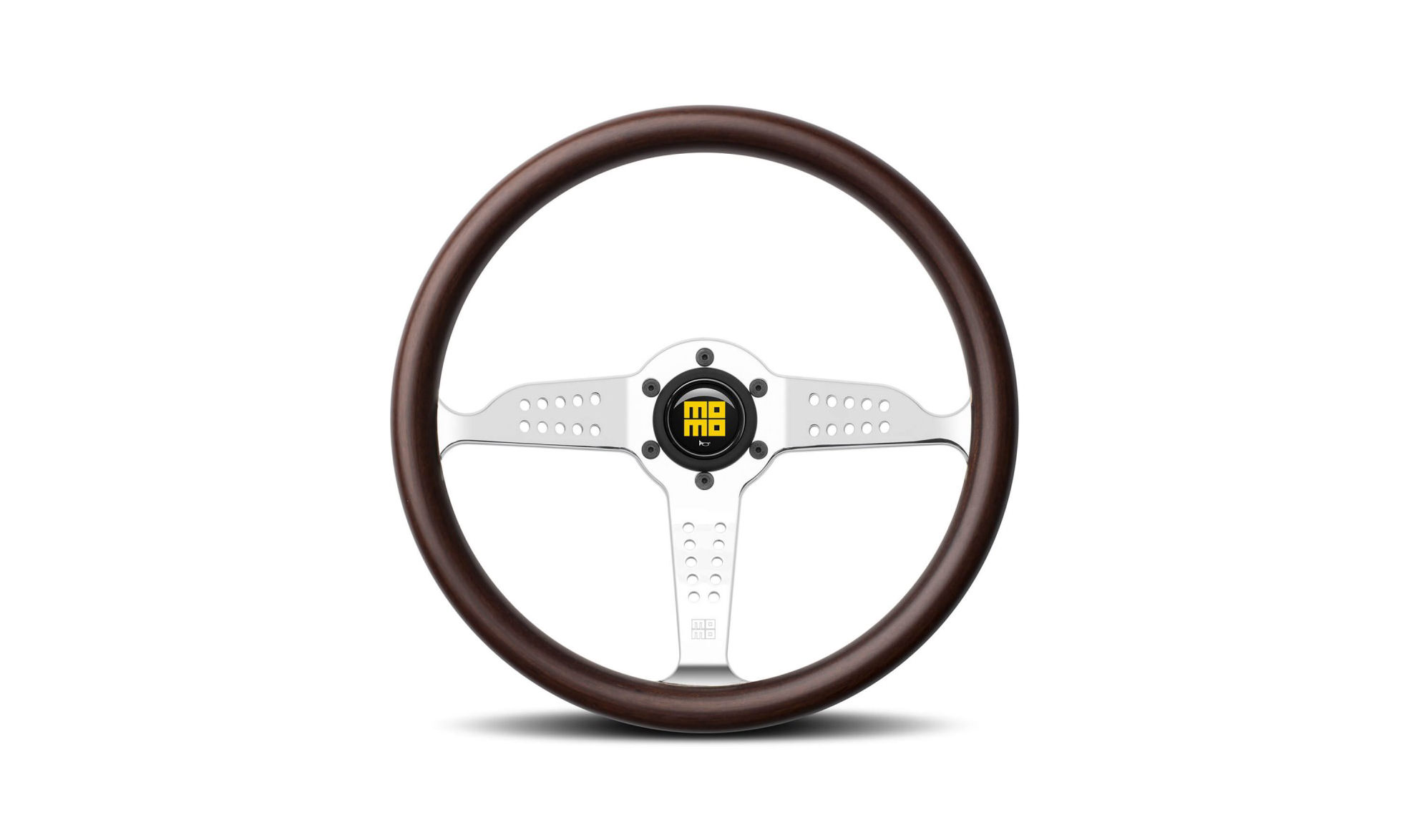