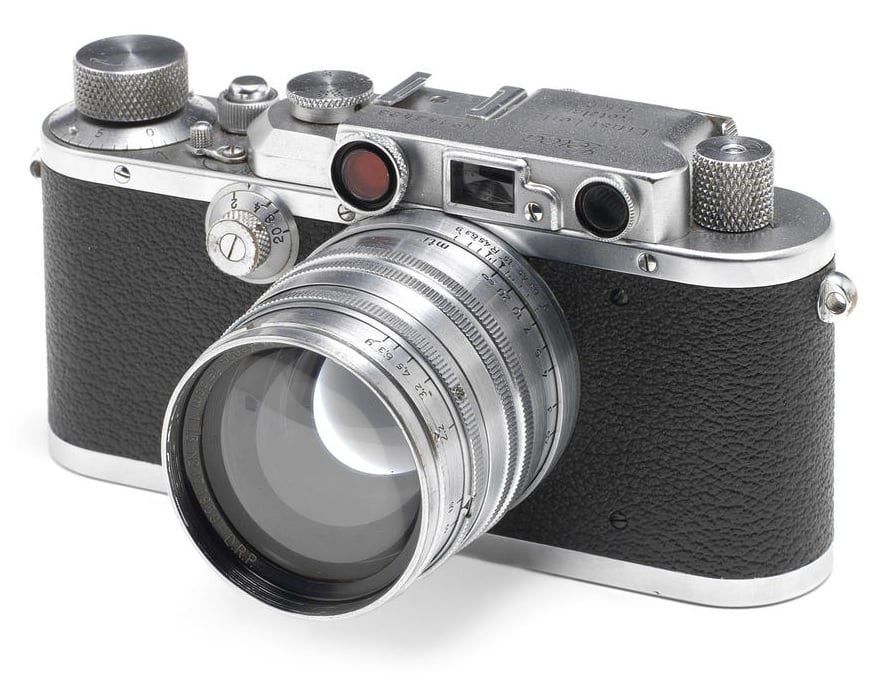 Leica is widely considered to be one of the greatest camera manufacturers of all time, the fundamental design of the Leica is so famous that it became a pop-culture icon in its own lifetime and remains hugely popular today. This beautiful Leica III comes complete with a fast, 5cm f1.5 Xenon lens and the original lens cap and it’s estimated to be worth somewhere between $310 – $480 USD.

If that sounds reasonable to you, head over to Bonhams here and register to bid on it, or any of the other dozens of Leicas due to hit the auction block on the 23 Nov 2012 at the Imran Ahmed Collection Sale in Hong Kong.