The Yamaha XS400 is a hell of a motorcycle, it was first released in 1977 and it came pre-fitted with luxuries like adjustable rear shock absorbers, self-cancelling turn signals and an automatic petcock. The punchy 392cc parallel twin produces 36hp and feeds that to the rear wheel via a 6-speed transmission and chain drive.

This particular XS400 was built by Andy Hull over at Hold Fast Motors, Andy found the bike for sale by a farmer who’d been letting his kids play on it and as a result, it looked like it’d been picked up and tossed around by an F5. 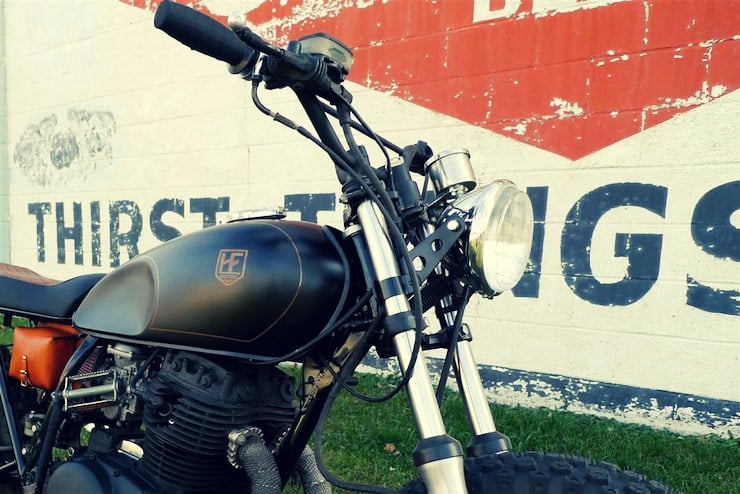 He decided to strip the bike back to its constituent parts and rebuilt it from scratch, the engine needed a thorough going over. He wanted to give the bike a little additional ground clearance so he moved the rear shock mounts down a few inches, he then added a set of vintage motocross handlebars and a minimalist tachometer above the headlight.

The finished bike was then handed over to the talented pinstripper Jeremy Pedersen of Relic Kustoms, he added some tasteful pinstripes and the Hold Fast Motors logo on the side of the tank. That handsome leather battery surround was handmade by Nick Pedersen, it adds a nice warm tone to the colour scheme and eliminates the unsightly clutter often caused by the electrics.

You can visit Hold Fast Motors here to see more of Andy’s work, we’ll be keeping an eye on him and will feature more of his work as it rolls out of the garage. 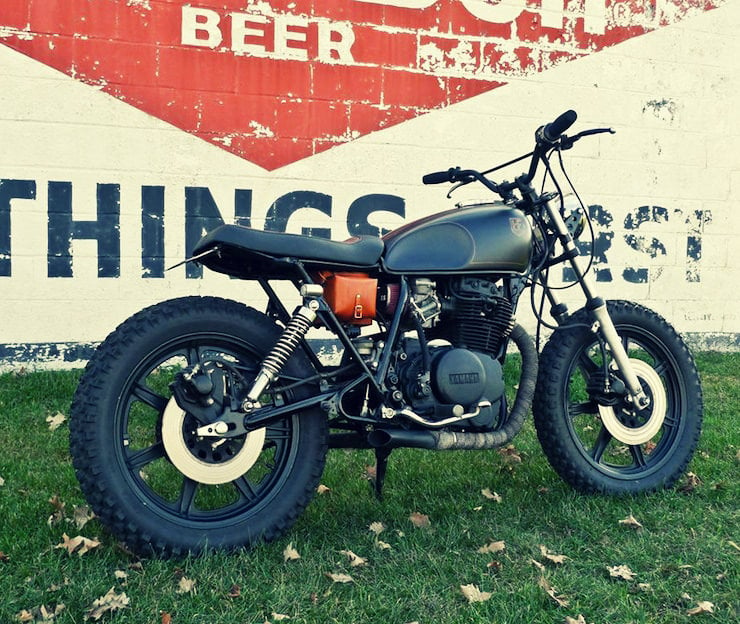 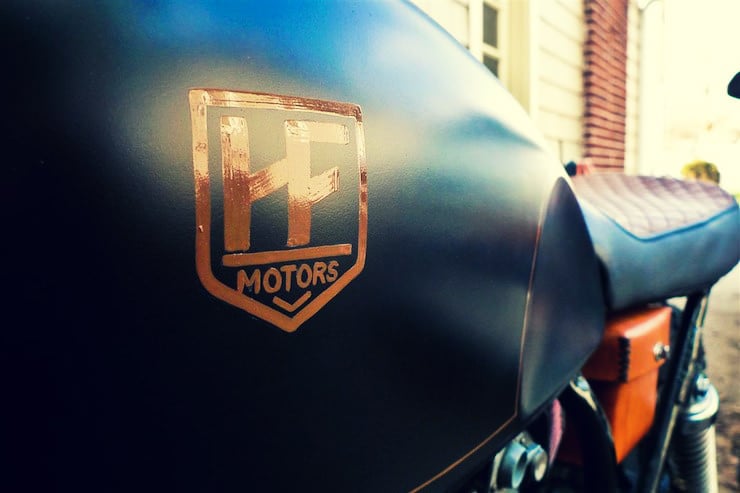 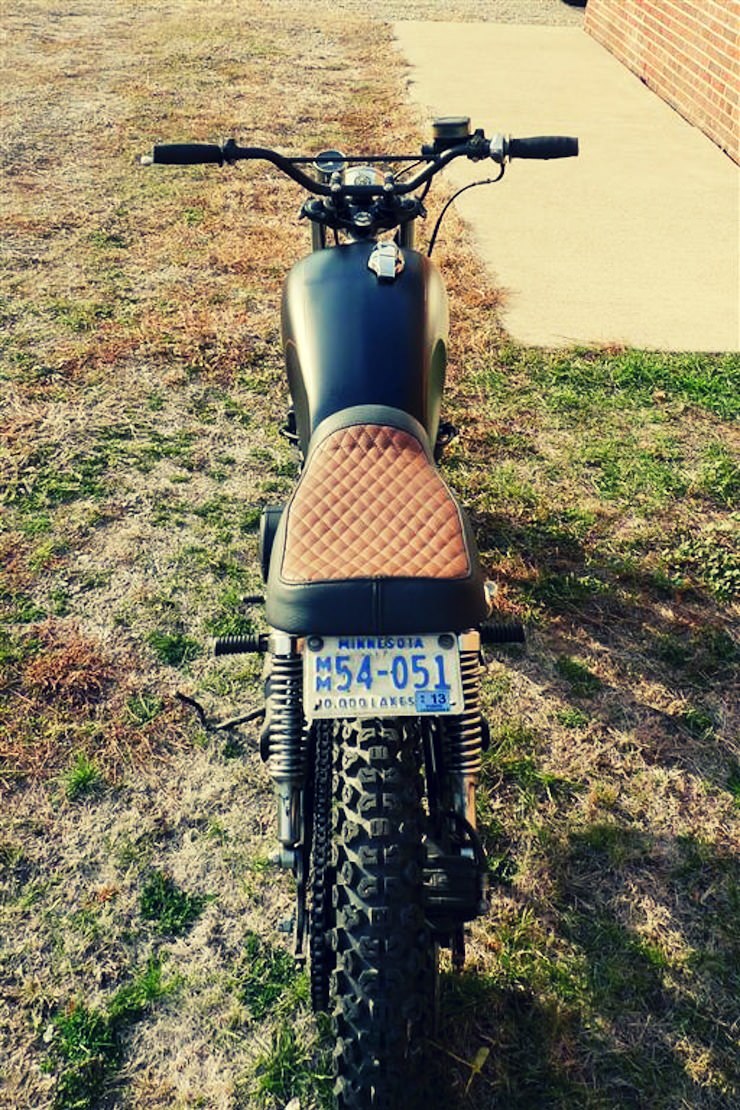 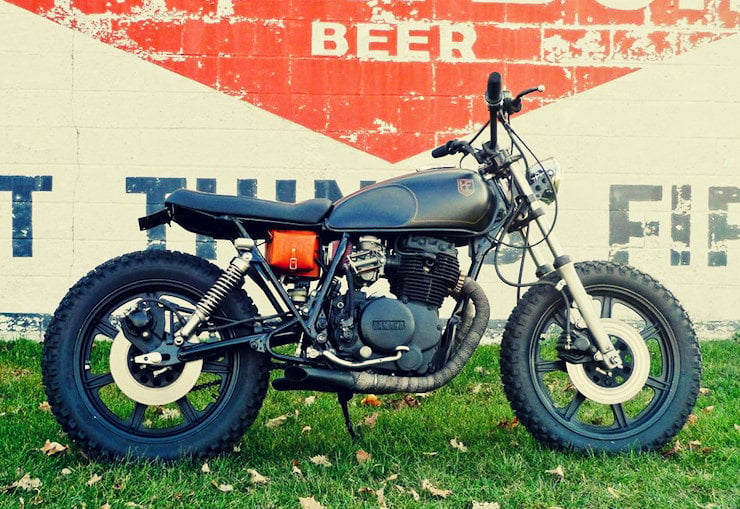