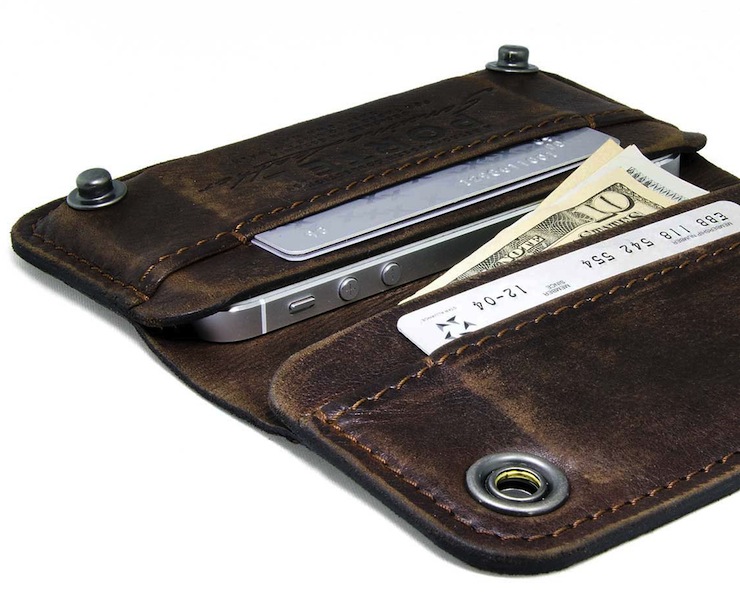 Portel is a european company based in Estonia run by the 2 person team of Port & Ermel, they’ve been creating some of the most eye-catching iPhone and iPad protective gear for the past couple of years and this is one of their new iPhone wallets. It’s made of aged leather and is stitched together with heavy duty nylon, the press-stud clasps are both stainless steel and each wallet has an iPhone pocket, 2 card pockets and a cash pocket.

For those of you who hate having full pockets, this has the potential to combine your phone and wallet into a single unit, meaning you have half as many things to remember when leaving the house in the morning. Which can’t be a bad thing.