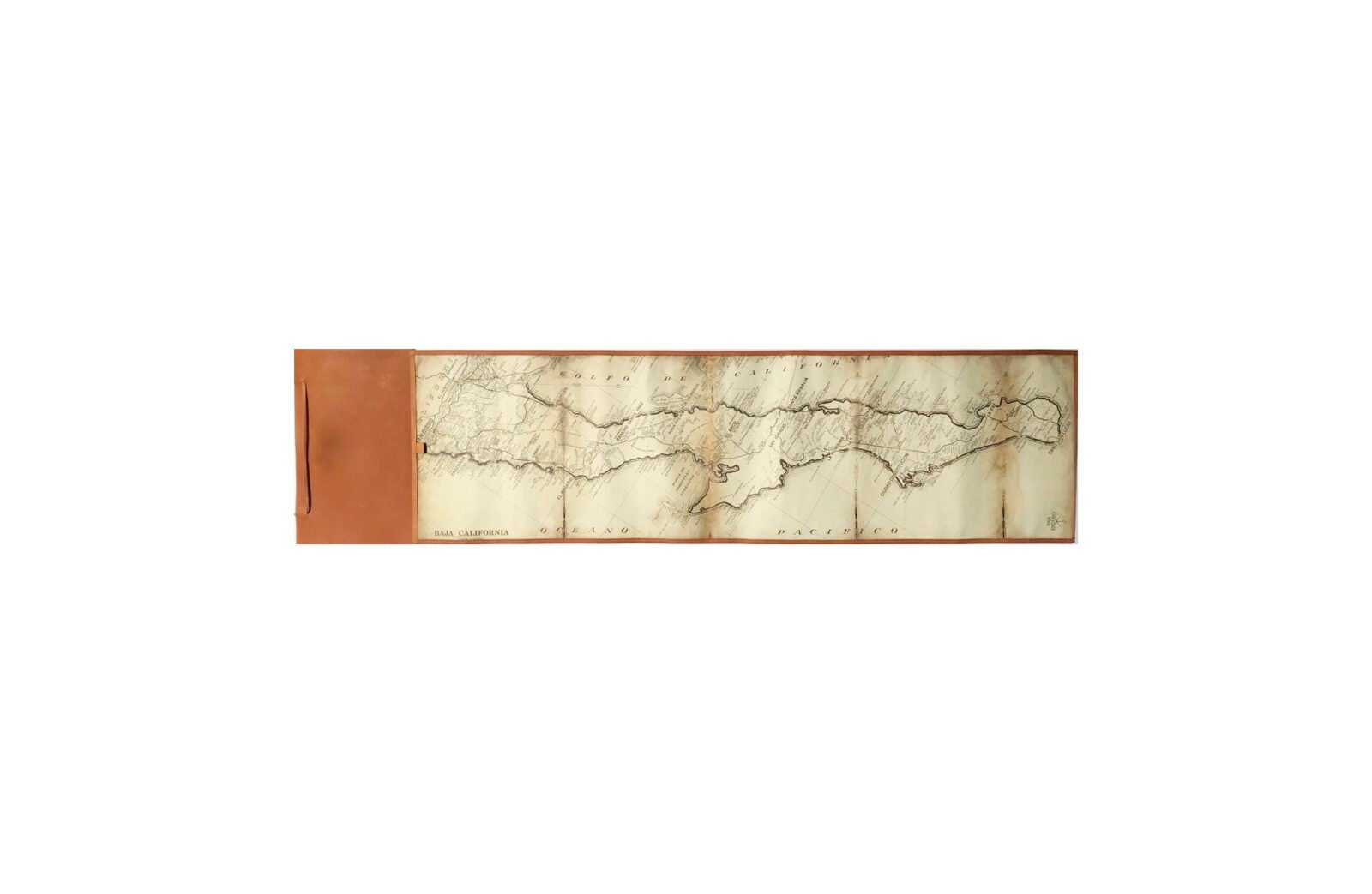 This is the leather bound scroll edition of the Baja Map, a roll-out map of the Baja Peninsula that includes all of the major cities, towns, landmarks, and roadways.

Although it’ll most often be used by those who buy it as a wall hanging, it’s designed to be actively used in the field. Each one is printed on museum quality canvas using lightfast inks and bound to a hand sewn and oiled leather scroll.

When unrolled it measures in at 17 x 60 inches or 1.5 feet by 5 feet long, that’s 43cm by 152cm. The length was designed to be perfect to unroll across the hood of a car, truck or 4×4 when you’re trying to figure out where you are, navigating the traditional way with maps and compasses from a time before GPS came along and made everything boringly easy.

The Baja Map would make a great accompaniment for anyone wanting to navigate the peninsula the old fashioned way, and in the meantime it’ll make an excellent wall piece. 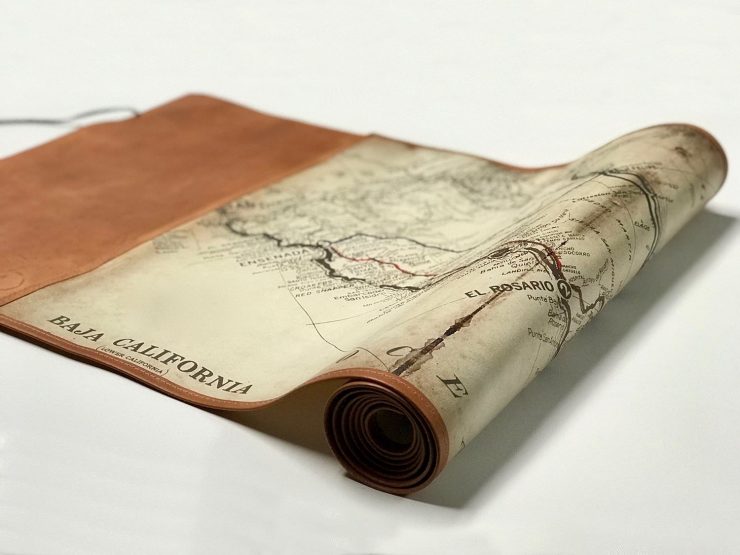 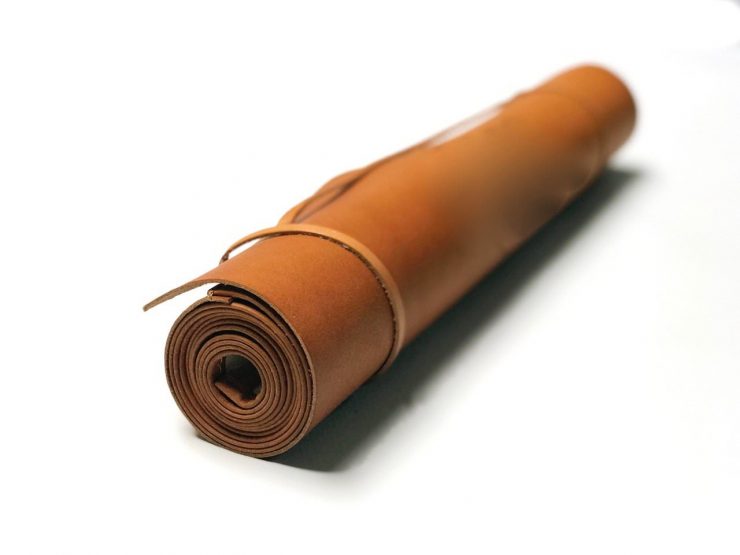 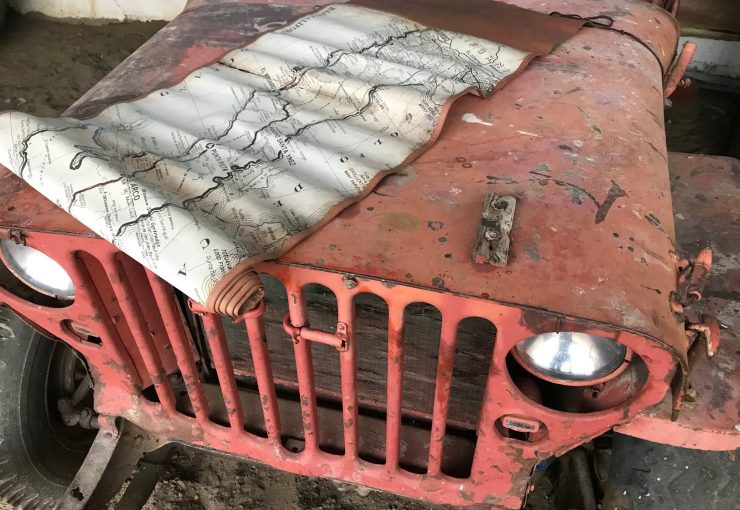 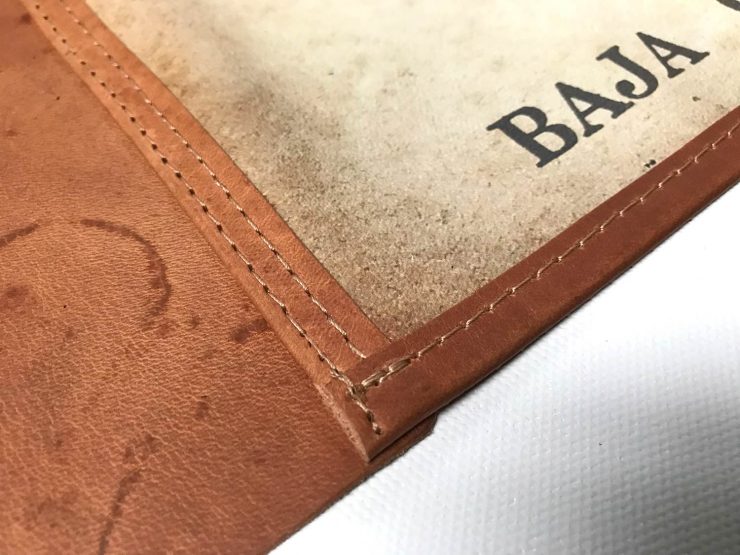 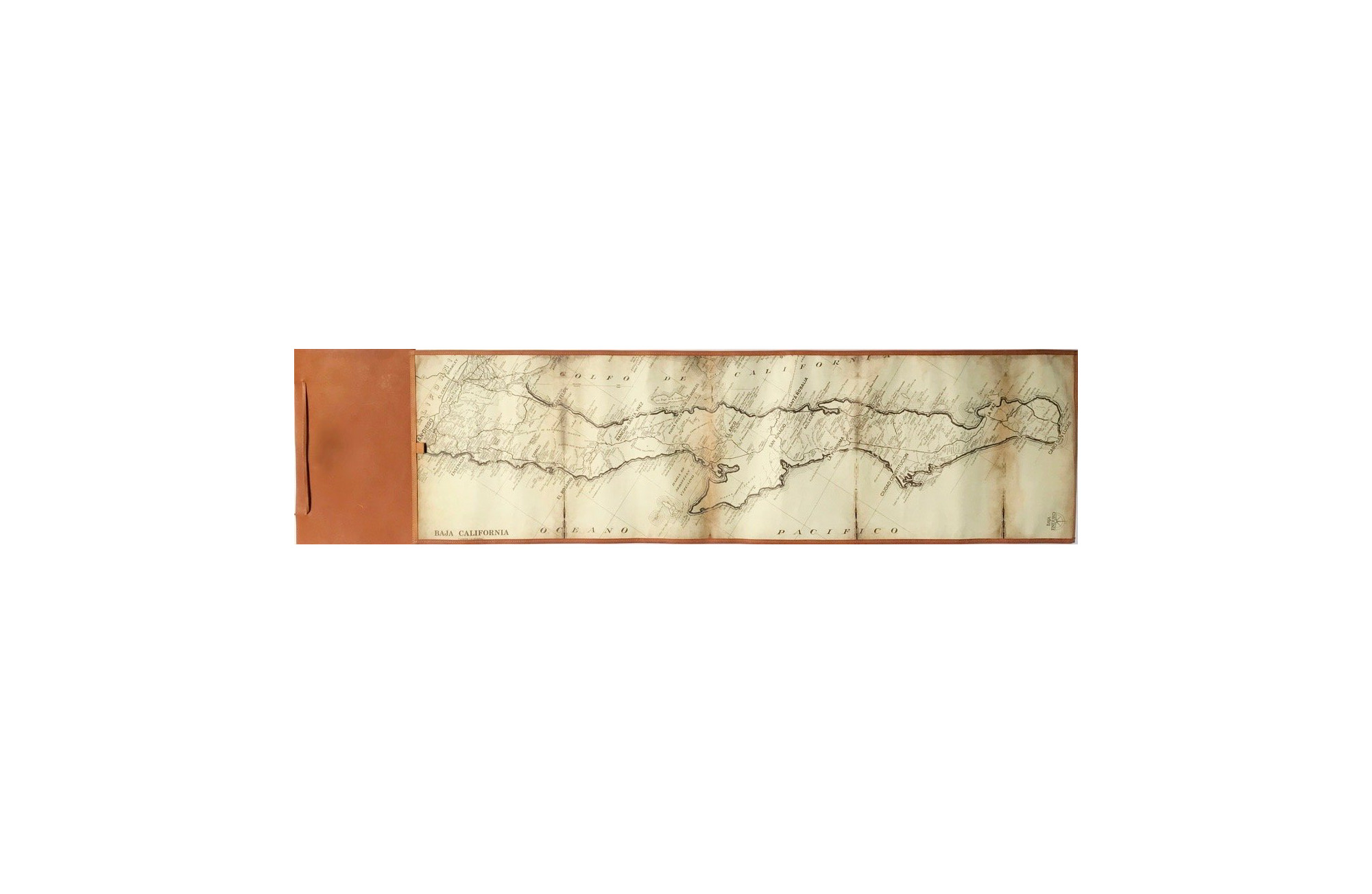