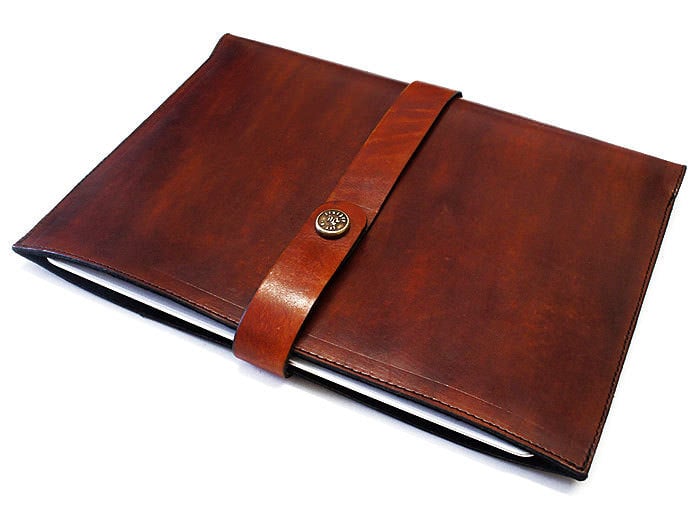 The iPad is an incredible thing. For the first time in history we can access the sum total of almost all we know about the universe with a click and a swipe. The only thing left to decide on is which case are you going to put it in so it doesn’t break when you clumsily drop it whilst reading The Hitchhikers Guide to the Galaxy.

This all leather sleeve by Joe V Leather is handmade in the USA and looks like it’ll protect your iPad from everything up to and including the four horsemen of the apocalypse.