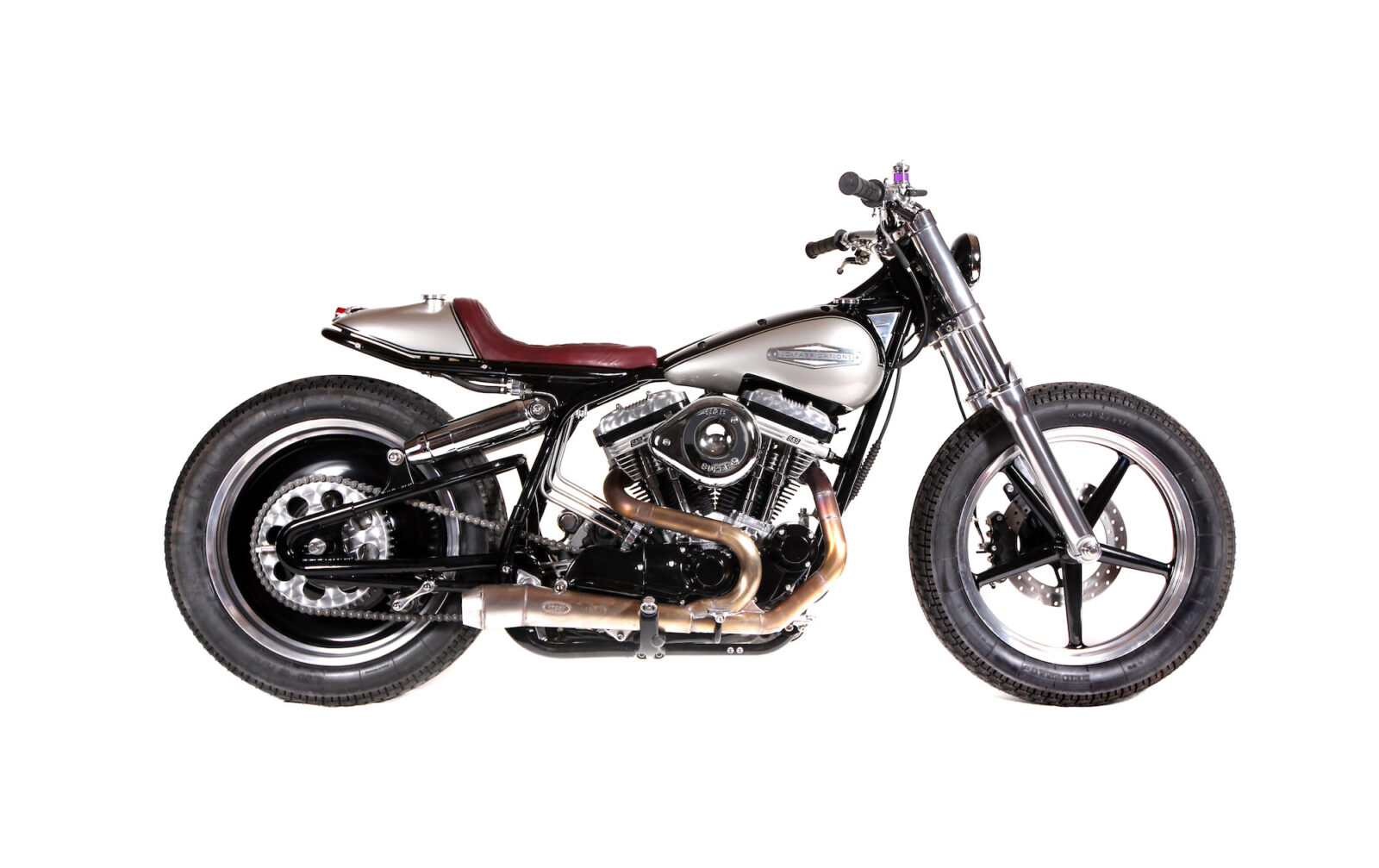 LC Fabrications is based in the hills of Virginia, it was started by Jeremy Cup a few years ago as a means to bring back traditional metalworking and fabrication – with a strong focus on custom bikes and handmade parts production.

This Harley-Davidson Sportster 883 is Jeremy’s latest build, it was saved from a wrecker’s yard after an accident that had written it off – but the engine was still in good shape and it came with a title.

Once the 883 had been bought and transported back to the workshop in the trusty LC Fabrications van the tear down began. Rather than sticking with the 883cc capacity V-twin it was decided that an S&S 1250cc kit would be swapped in – with new barrels, heads, cams, pistons, connecting rods, and pushrods. These S&S kits boost performance by double – taking stock 883 output from ~45hp at the rear wheel to ~99hp (see dyno charts here).

The next step was building a frame for the newly upgraded engine. A custom looped frame was built in house, taking cues from the famous Norton Featherbed, using steel tubing from Cone Engineering. This was then paired with a new twin looped swing arm and Vincent-inspired twin shock rear – with both the frame and swingarm being powder coated by Atom Bomb Coatings. A pair of shaved and lowered Showa forks were used up front, paired with front and rear discs.

To keep it in the family, the split fuel tank was pulled from a Harley-Davidson Fat Bob – giving the bike a distinct mid-20th century feel. Once the seat and rear cowl had been fabbed and fitted all that remained was to strap the new Heidenau tires from Lowbrow Customs to the original Harley-Davidson 19″ wheels.

The new Harley was first shown at the Pro Chop-off Competition held annually by The Horse Magazine, and it’s now on display at the LC Fabrications headquarters. If you’d like to see more from Jeremy you can click here to visit his official website. 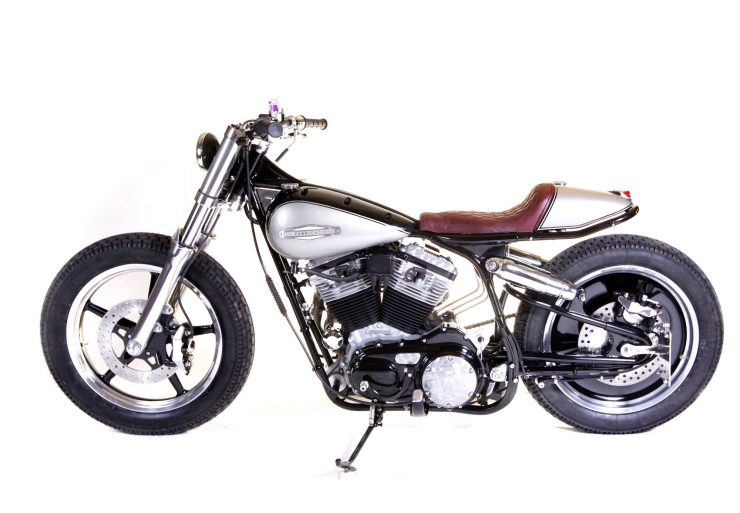 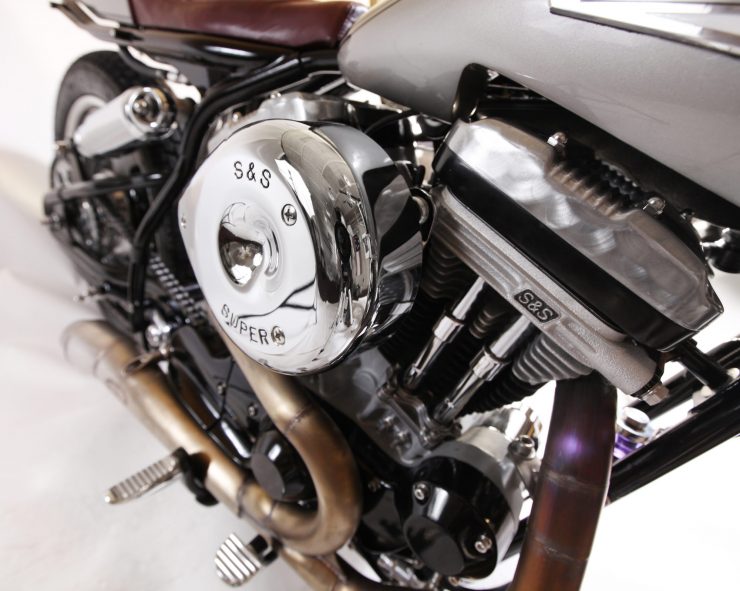 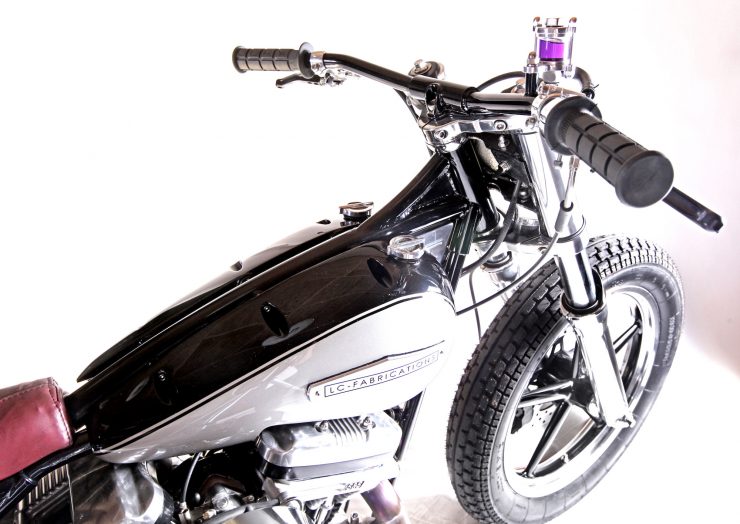 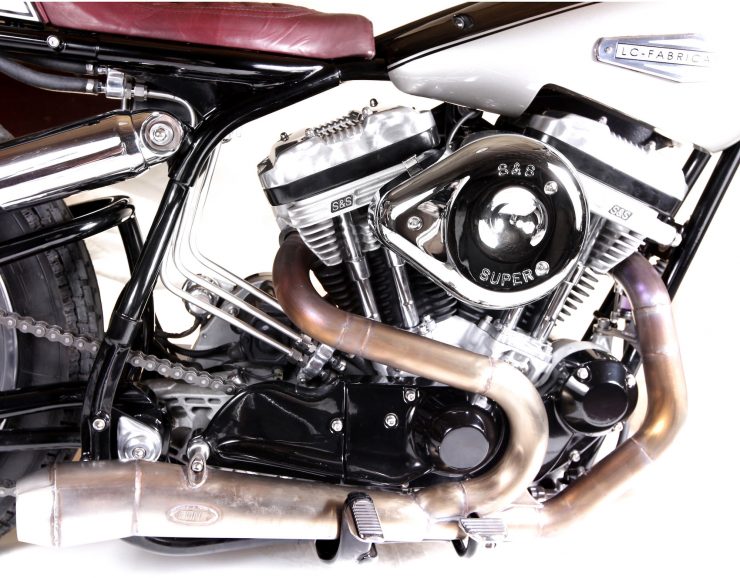 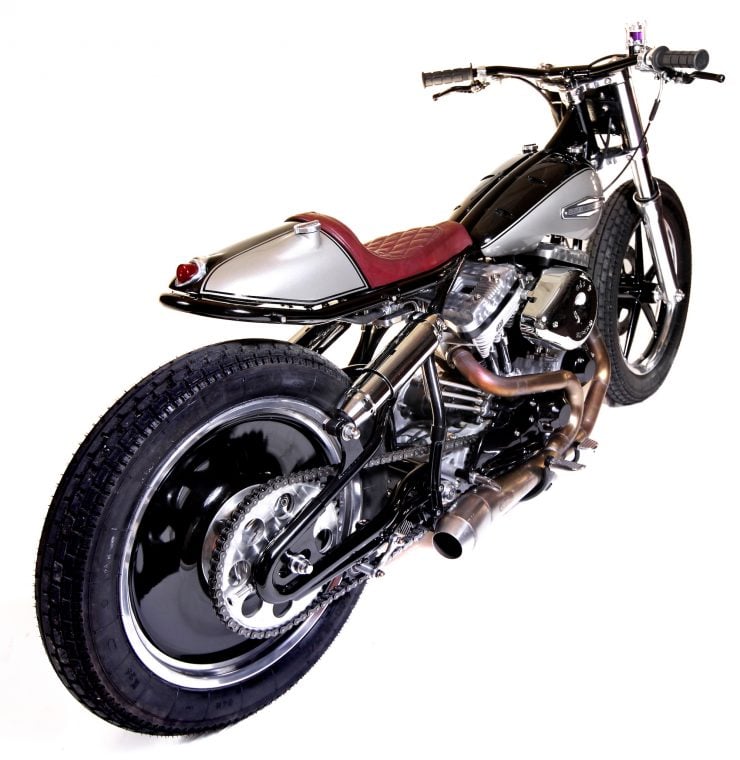 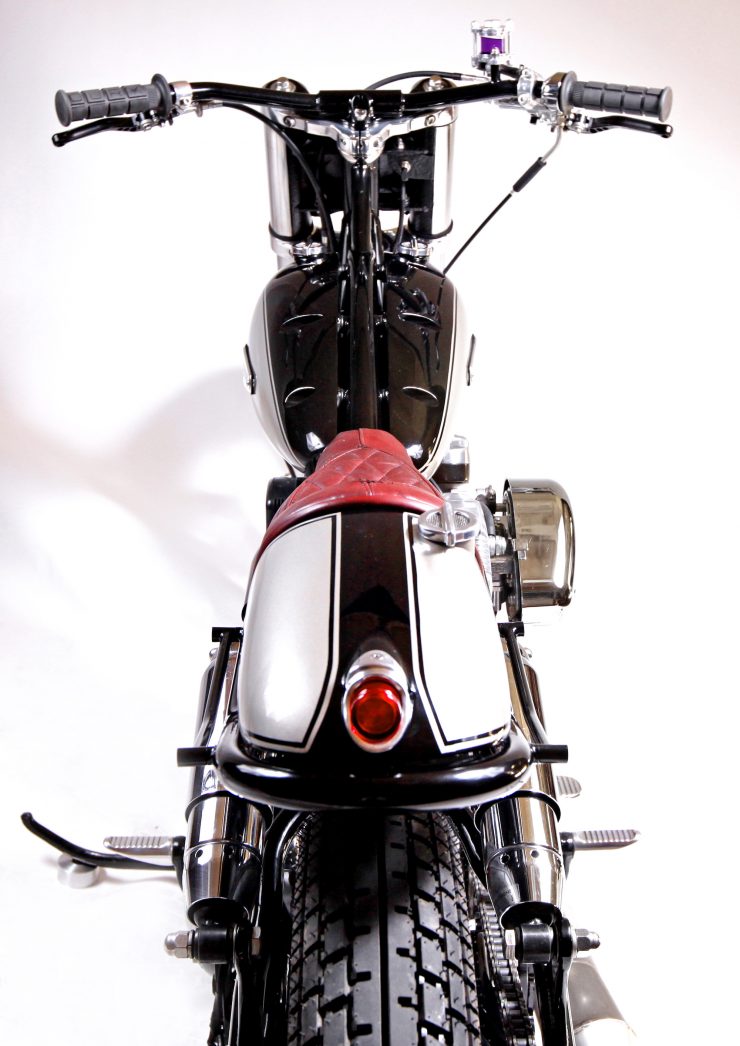 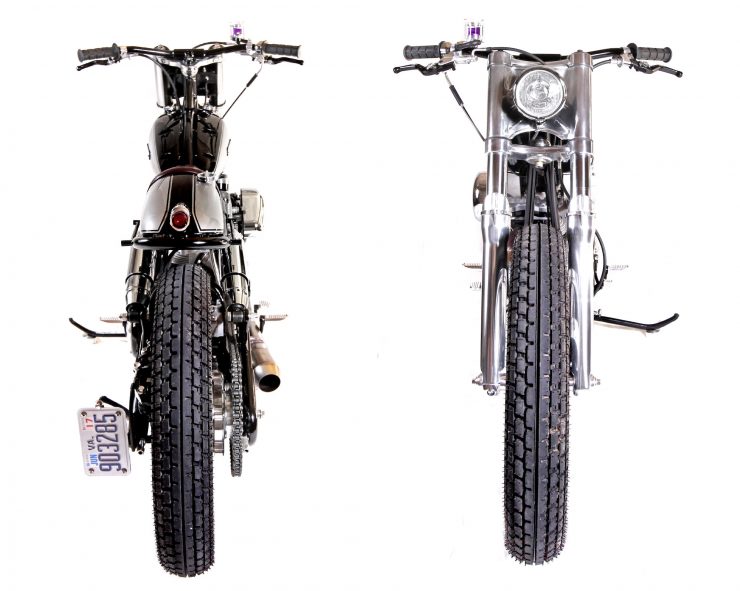 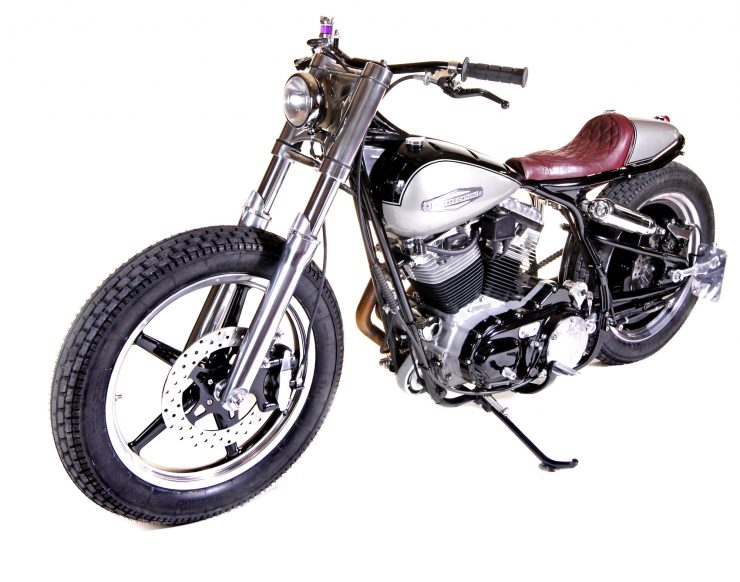 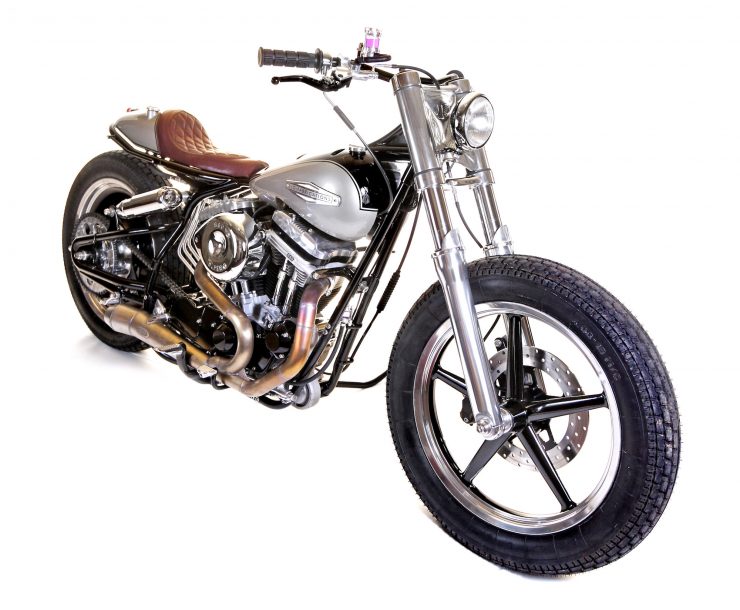 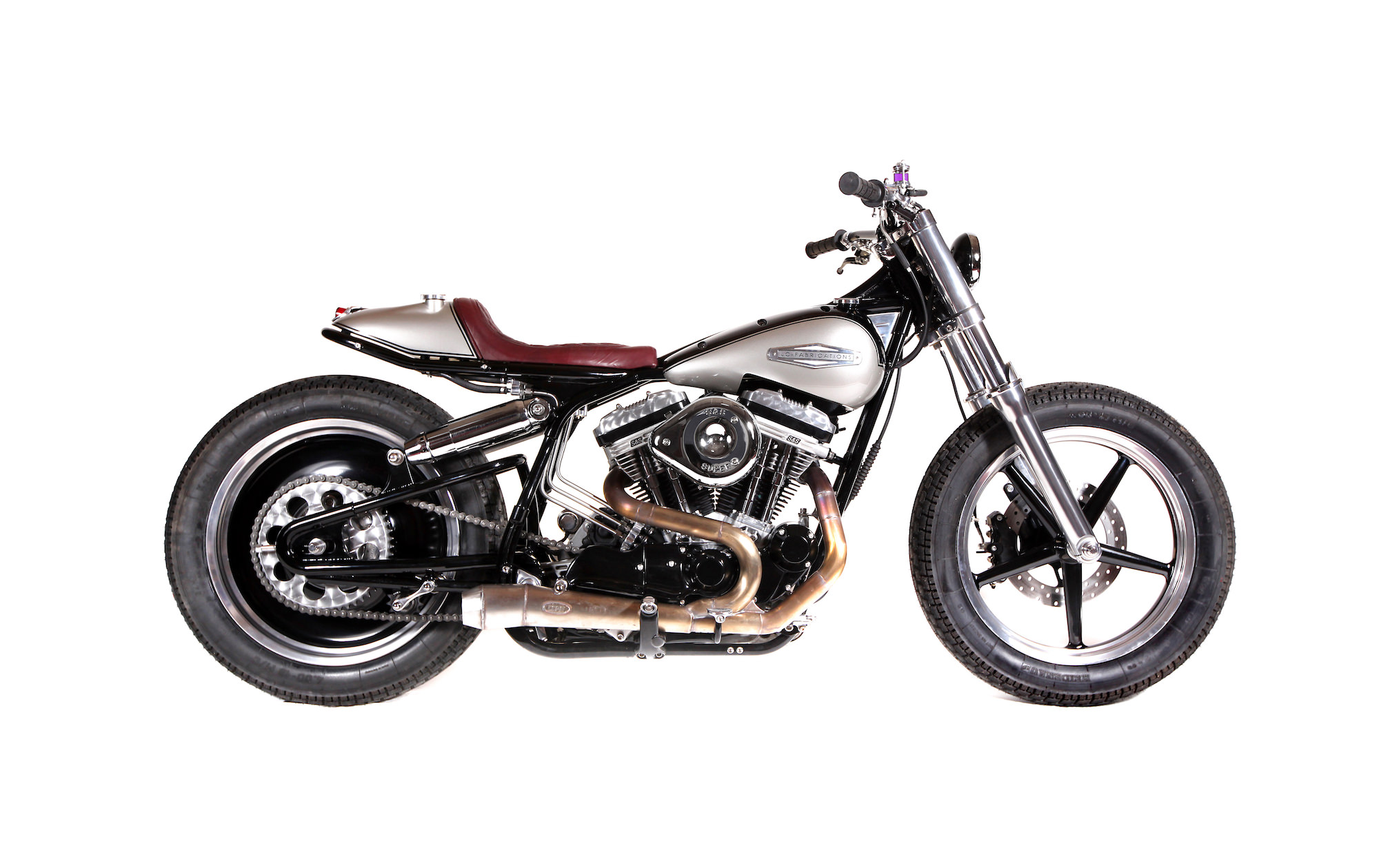