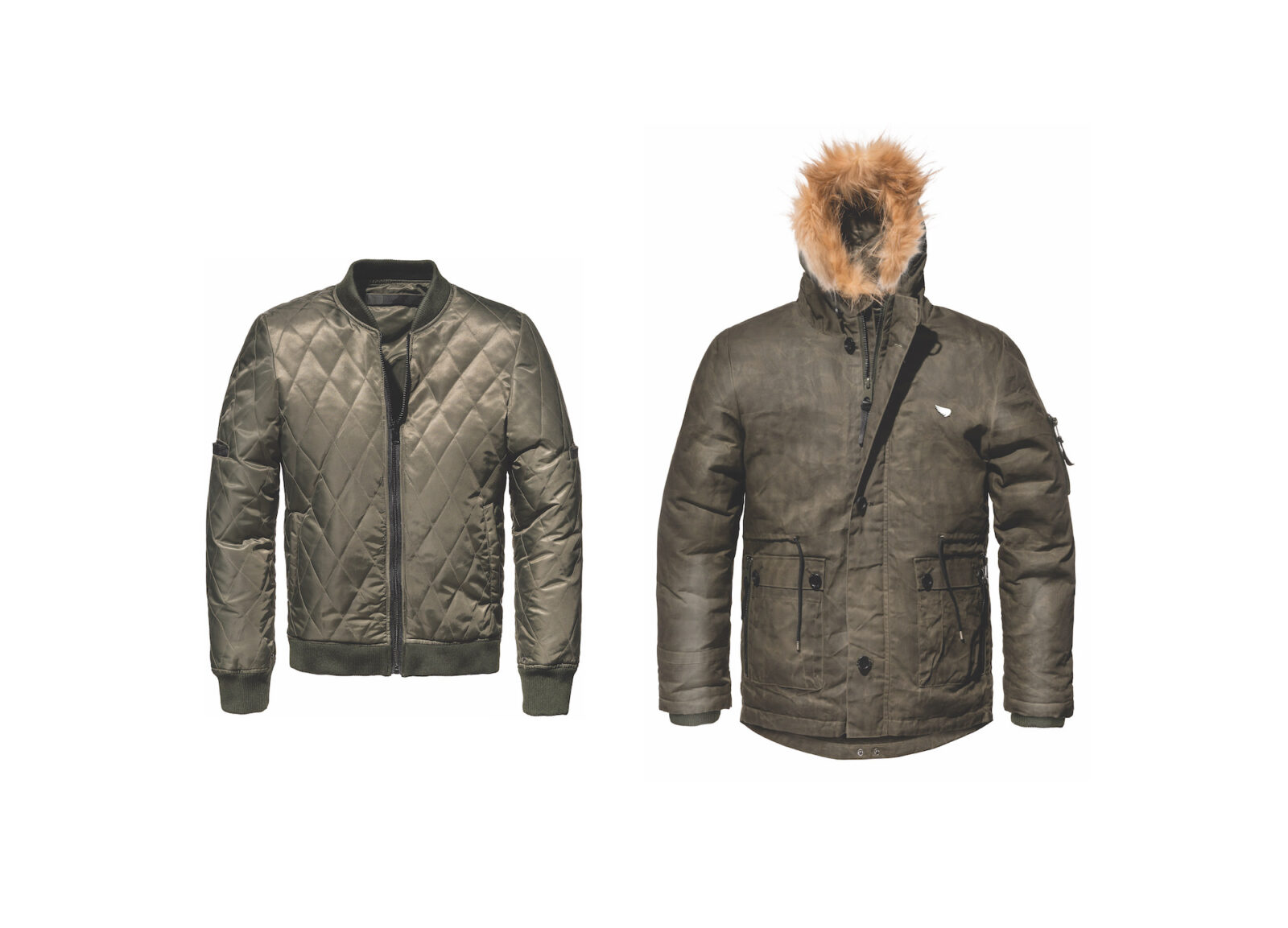 The Armoured Cool Climate Motorcycle Parka by Saint is essentially two jackets in one. The inner quilted jacket has D3O armour in the elbows, shoulders, and back, and it can be worn as a standalone jacket. Once the mercury drops the outer jacket can be zipped over the quilted jacket, giving you significantly more warmth as well as a thick layer of waterproofed canvas and a flip-up hood.

Saint has built the Cool Climate Parka with triple stitched and bound seams, heavy duty SAB zips, a scalloped hem, and a removable faux fur surround on the hood. The fact that there are two usable jackets that can be worn together or individually depending on weather makes this one of the best winter motorcycle jacket options currently available – especially as we edge closer to the cooler months. 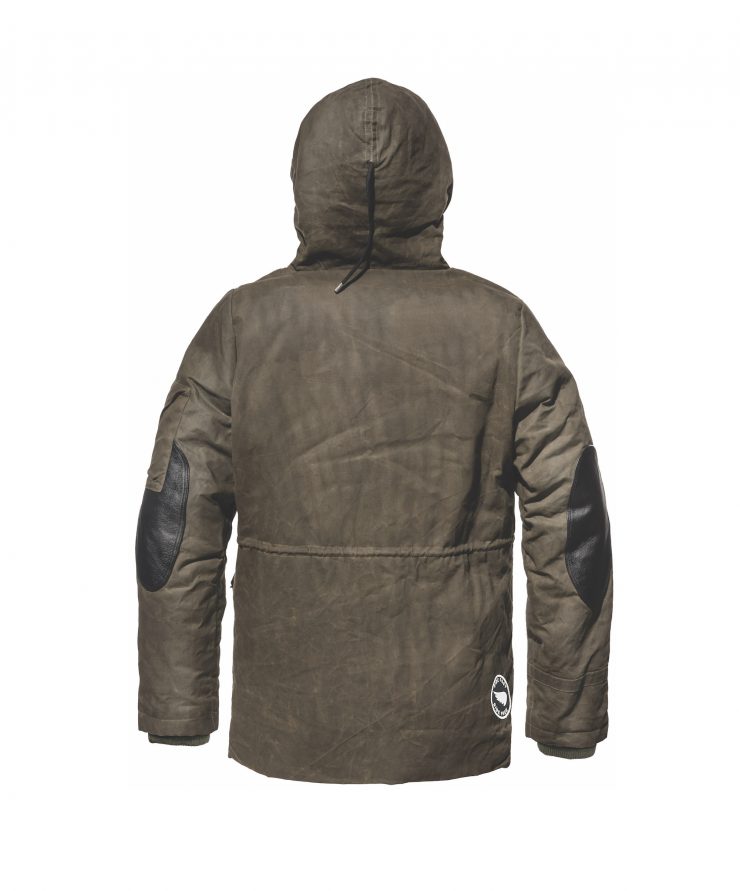 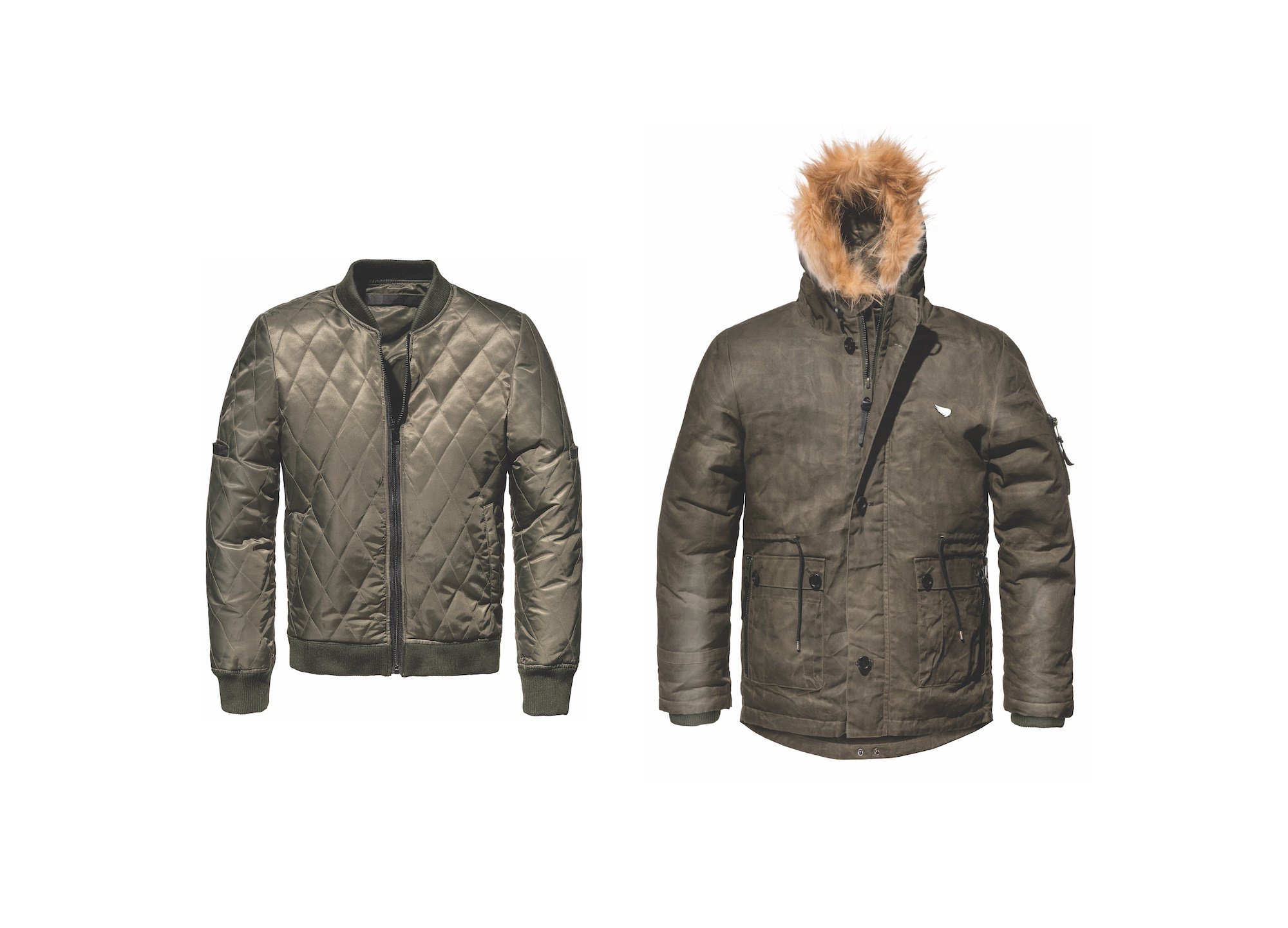