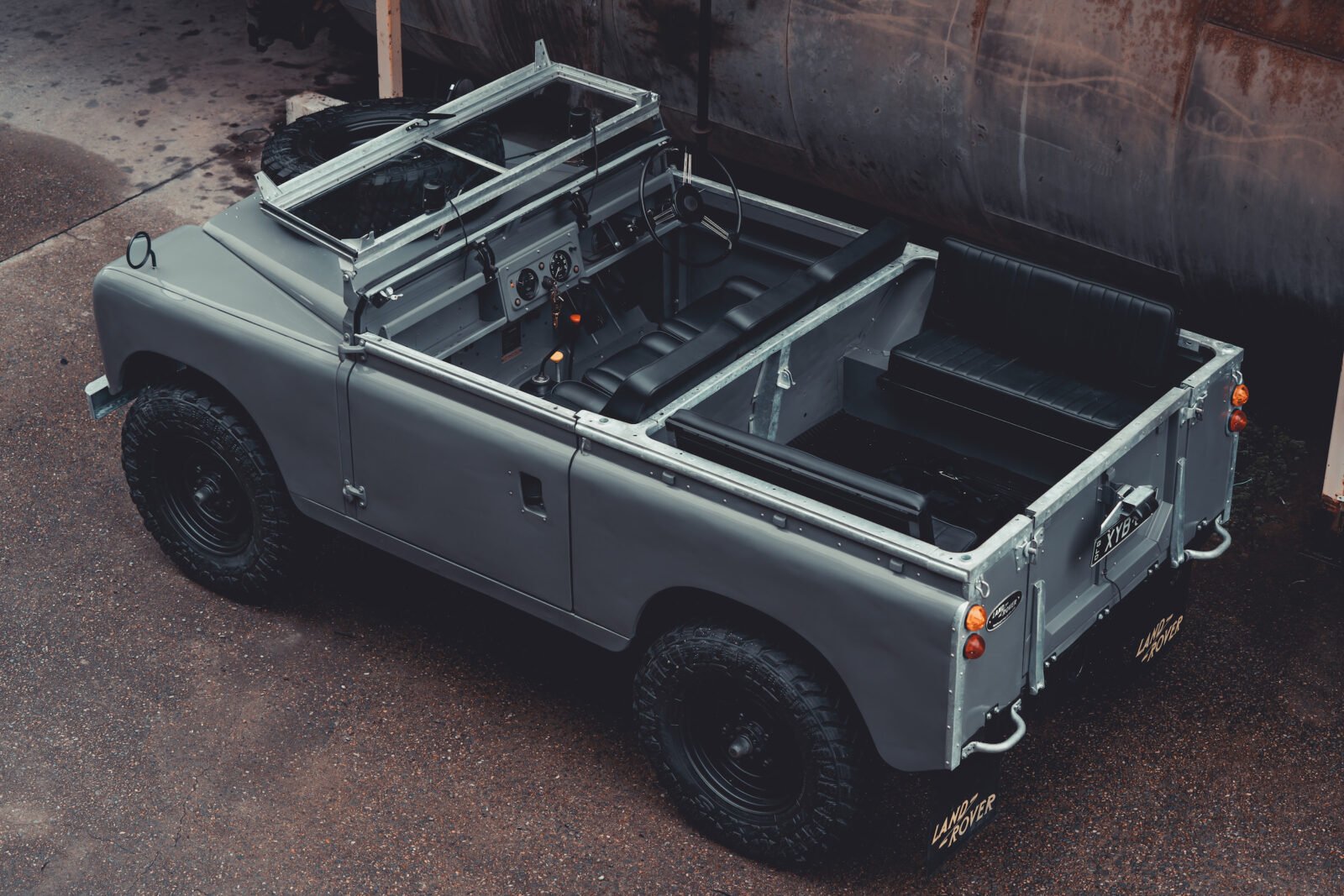 This is the Beachrunner, it’s the first in what will be a series of restorations by the team at Oliver & Dobson who are based in Sydney, Australia but originally hark from Britain. This is build #001 for the new outfit however one of the founders has previously restored seven Series Land Rovers – and his first car was a Series 2A with a Rover V8 replacing the original four-cylinder.

The plans for the Beachrunner were simple, the two men wanted to create a seven-seat Series Land Rover that would be perfectly suited to taking groups of friends to the beach for surfing, fishing, or camping expeditions.

Once they had settled on what they wanted to build they set about finding a suitable Land Rover to use as a starting point. The key difficulty with this was that the year was 2020 and much of Australia was locked down to due the Covid-19 pandemic.

Traveling to see Land Rovers was off the cards and so they decided to take a gamble on a 1967 Series 2A SWB Landy that was being offered for sale in the rural town of Goulburn located 195 kilometers (121 miles) south-west of Sydney.

Buying an old vehicle sight unseen is always risky, and in this case luck wasn’t on their side – the old Land Rover was in far worse condition than they had been led to believe after decades of hard farm use:

“It was a non-runner and, whilst largely rust free, it really needed much more work than we anticipated. It had clearly been well used and abused over the years with many rough farmyard repairs. None of the body panels were straight, we actually ended up having to replace every panel except for the bonnet and radiator panel – even the floors had to be replaced because they were buckled. It was during the strip down that I really started to feel we had taken on too much of a project. Note to self, always view future projects in person.” – Jack Dobson 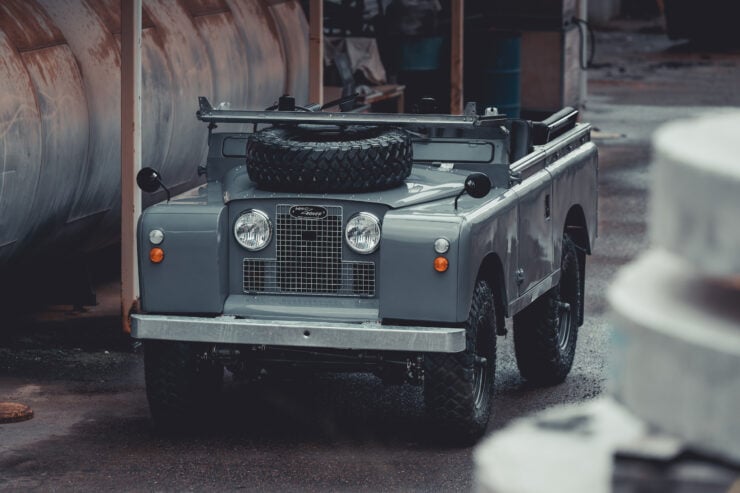 When it came to this rebuild, perhaps the pandemic was a blessing in disguise as it meant there was nothing to do but get on with the job at hand. I’m going to turn it over to Jack here to finish telling the story of this unusual Land Rover:

The vehicle was stripped right back to the bare chassis and rebuilt from the ground up. All the mechanicals were either replaced with new or rebuilt. Since you can no buy many of the body panels these had to be sourced second hand from all over Australia. It was hard work and cost a lot of time tracking things down.

The vehicle was rewired with a custom loom that looks original but has additional features to support a modern sound system and wireless charging. The original sealed beam headlights were replaced with modern halogen units and all other lights were fitted with discrete LEDs (we are yet to find LED headlights that look in-keeping with the vintage look).

Build 001 started life as a truck cab with three vinyl seats in the front and an open rear. This configuration was ditched in favour of a full soft top and leather seats front and rear (three in the front, four in the back).

Old Land Rovers came in a very limited choice of colours. We decided we wanted to go with a complete colour change so all panels were stripped to bare metal before being painted in Audi RS6 Nardo Grey. The purists may be horrified but we feel it looks fantastic, complemented by black trim and wheels.

The wheels and tyres that came with Build 001 were small diameter and incredibly skinny – they really do not fill the wheel arches nicely. In their place we fitted Ex-Australian Army steel rims and Maxxis Mud Terrain tyres.

The two men are now hard at work on #002, a Land Rover Defender that’s being built for a client in the United States. If you’d like to contact them about getting a vehicle built you can click here to visit their website. 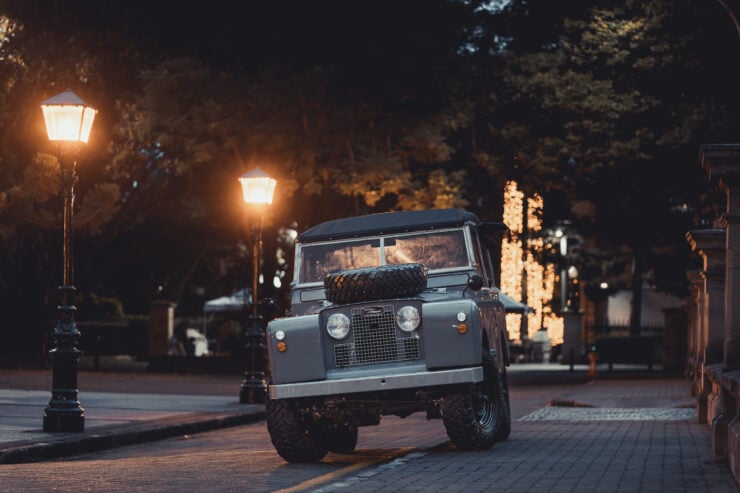 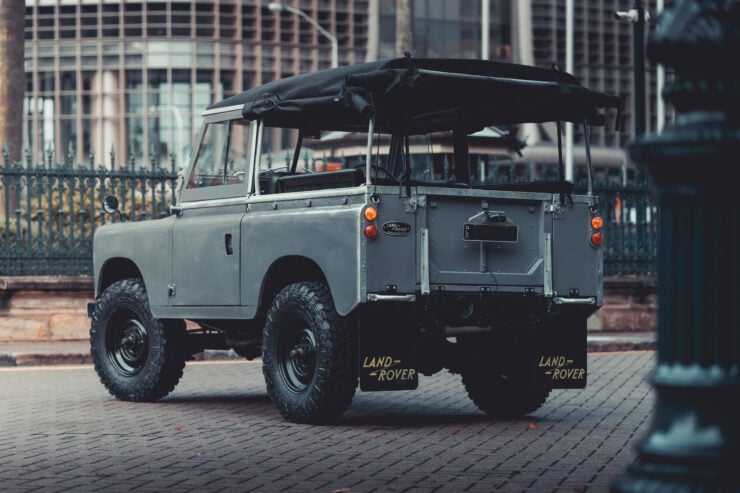 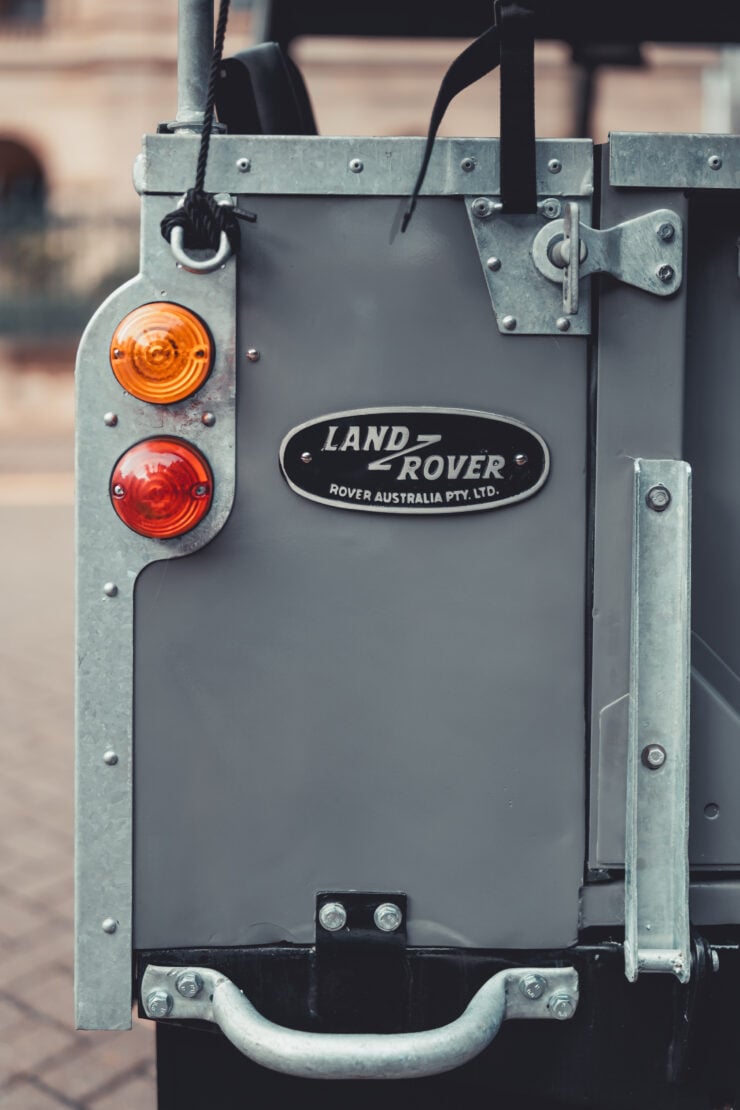 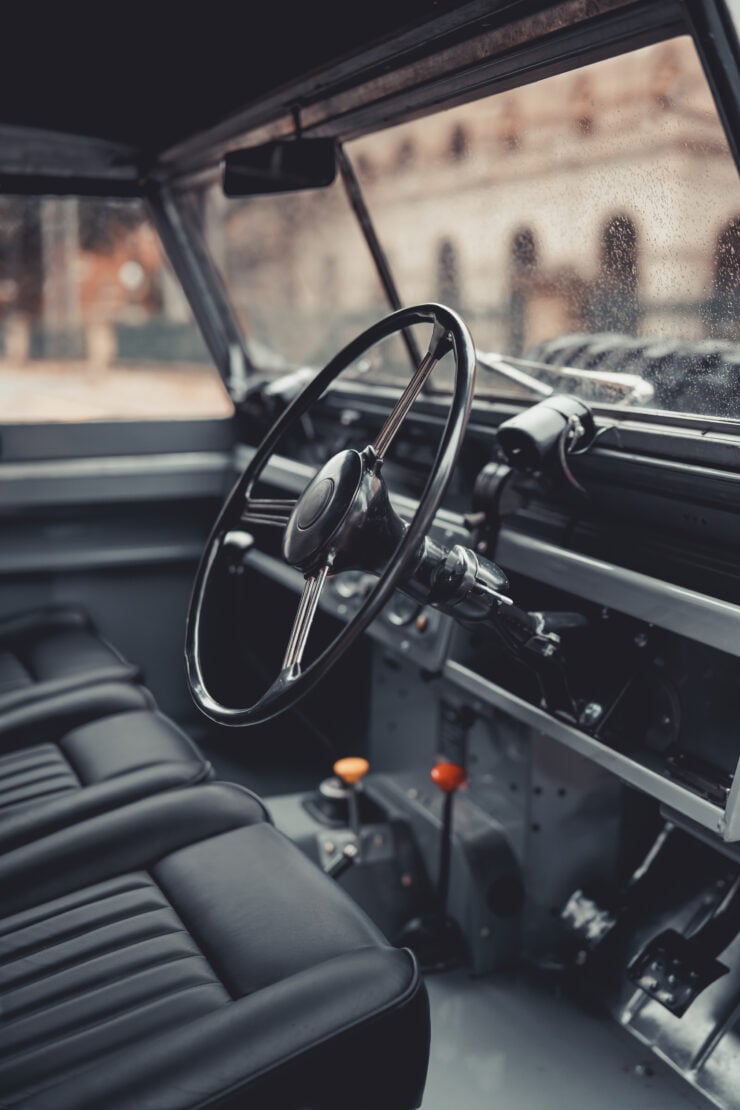 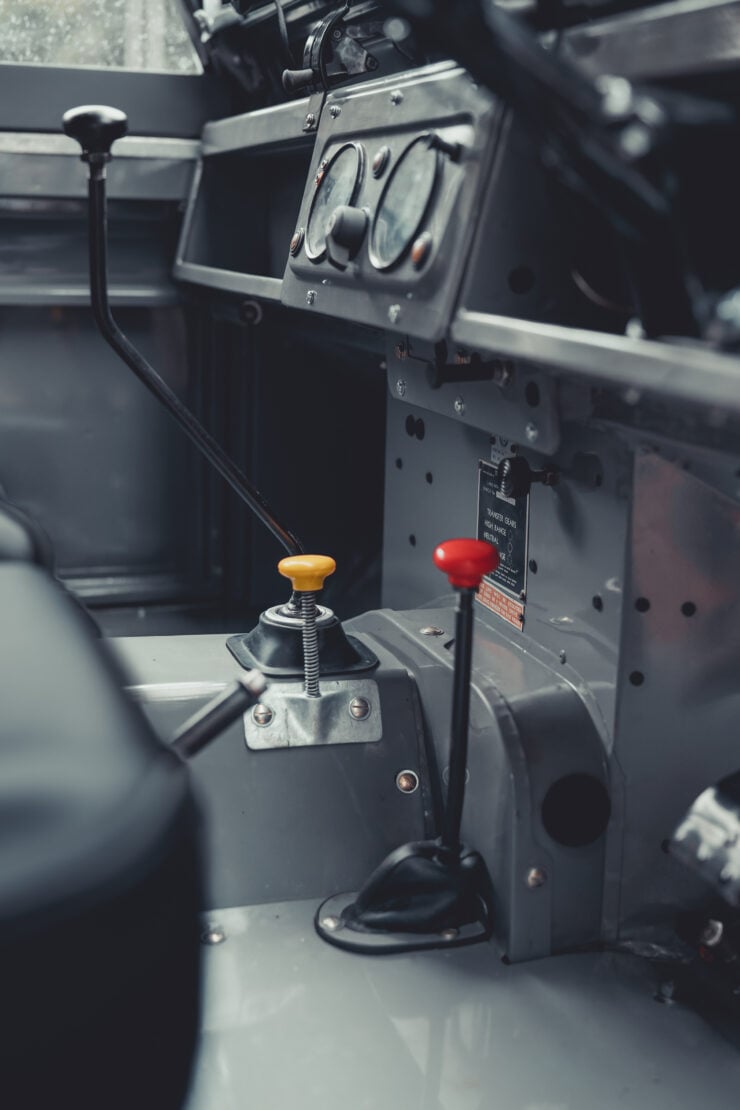 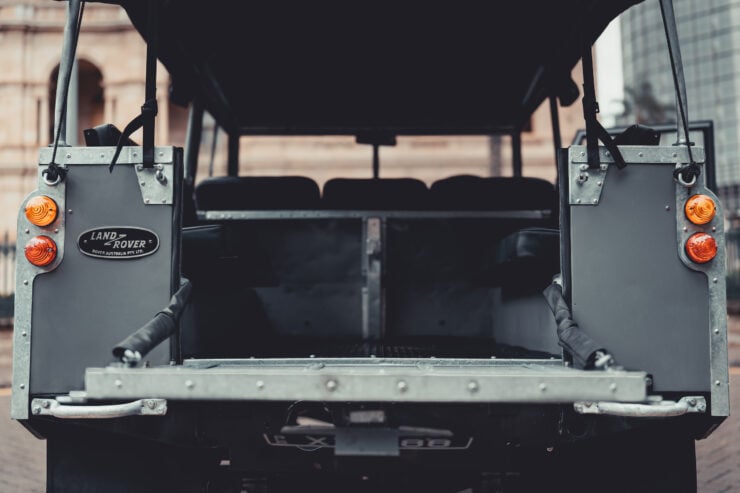 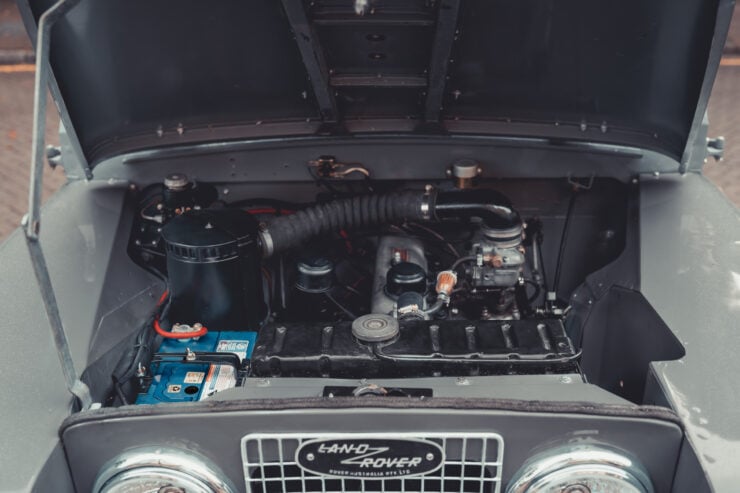 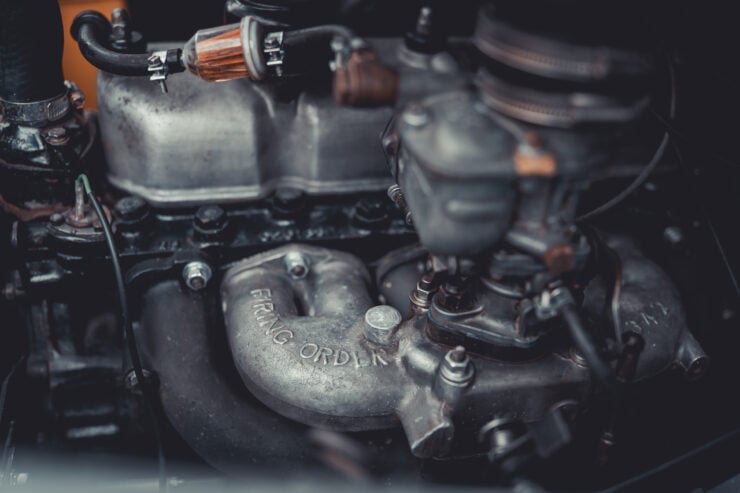 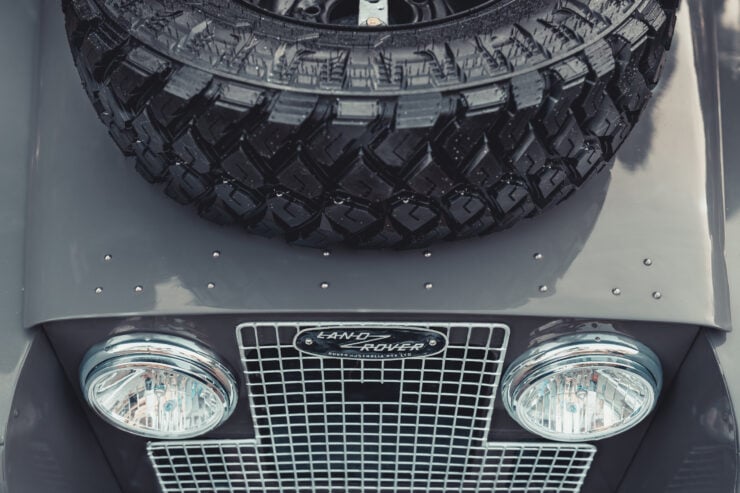 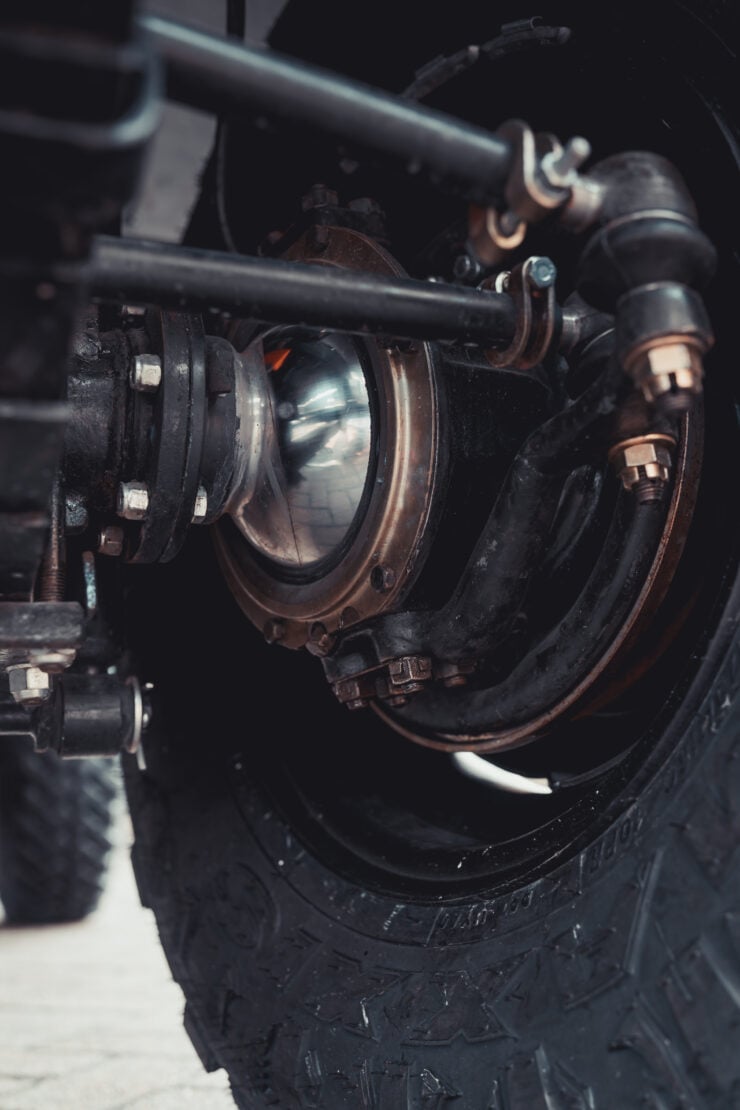 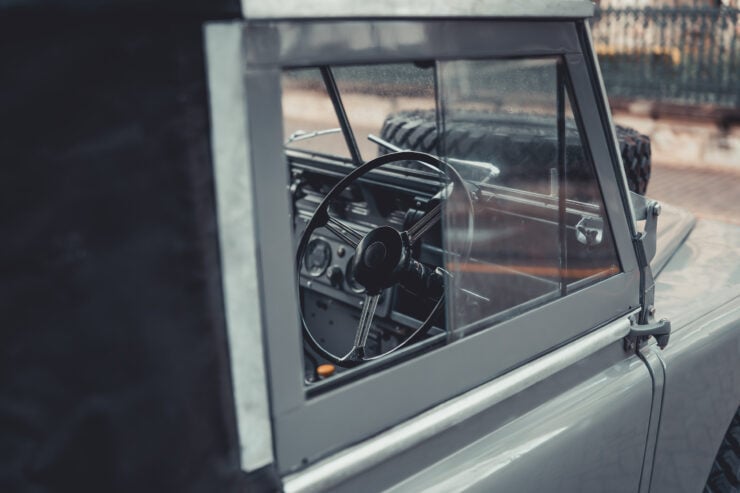 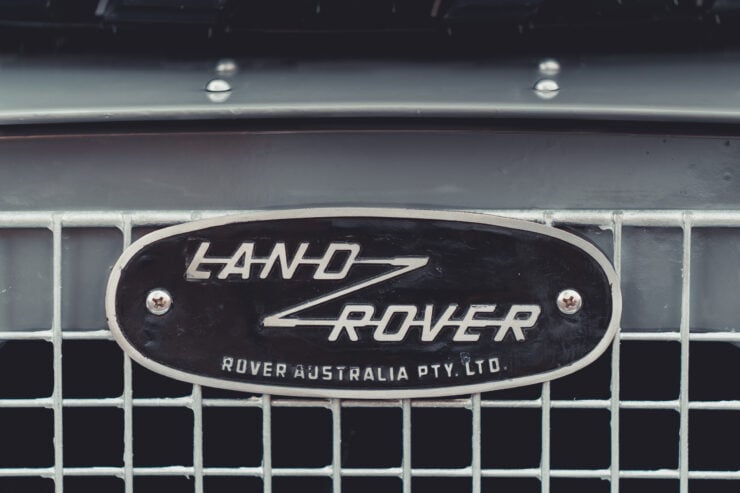 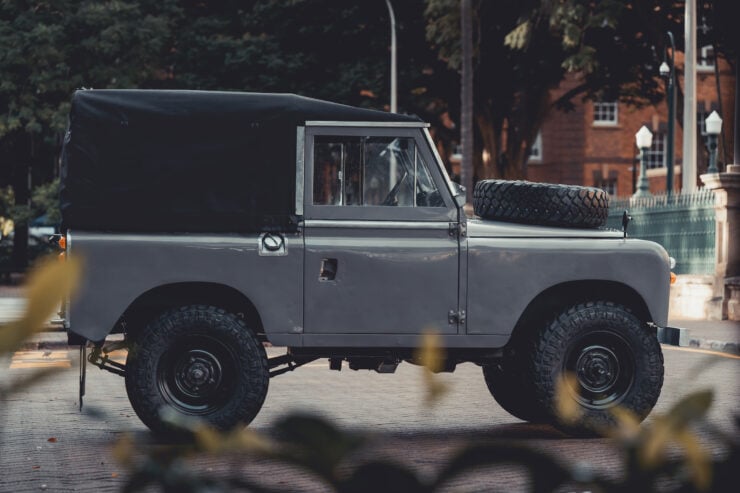 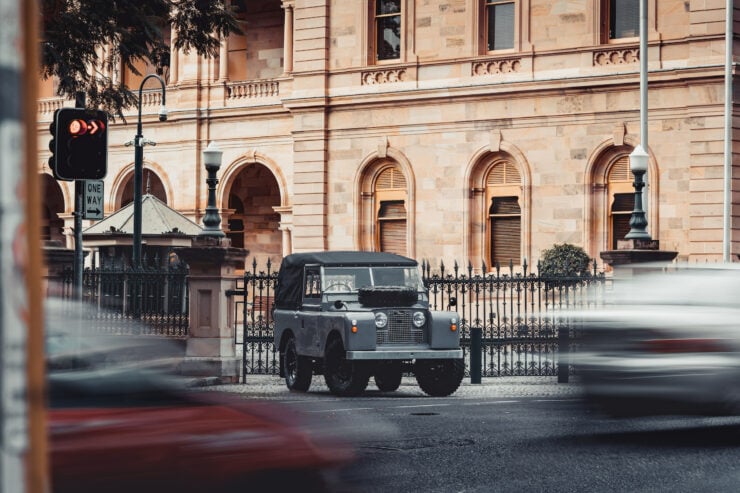 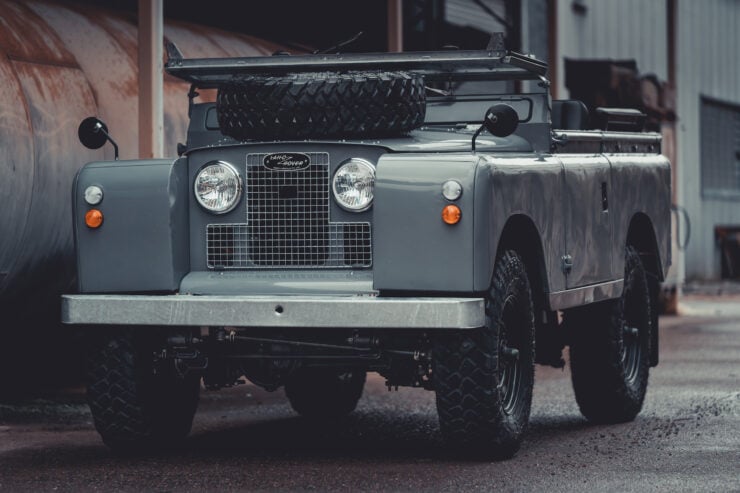 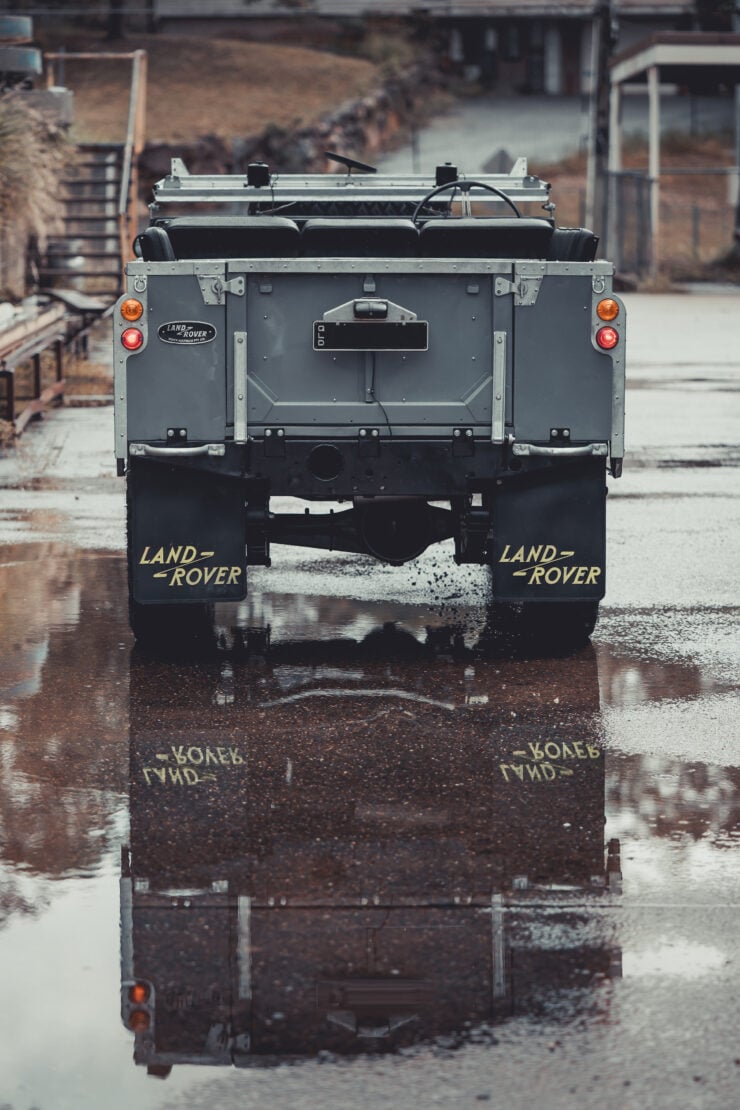 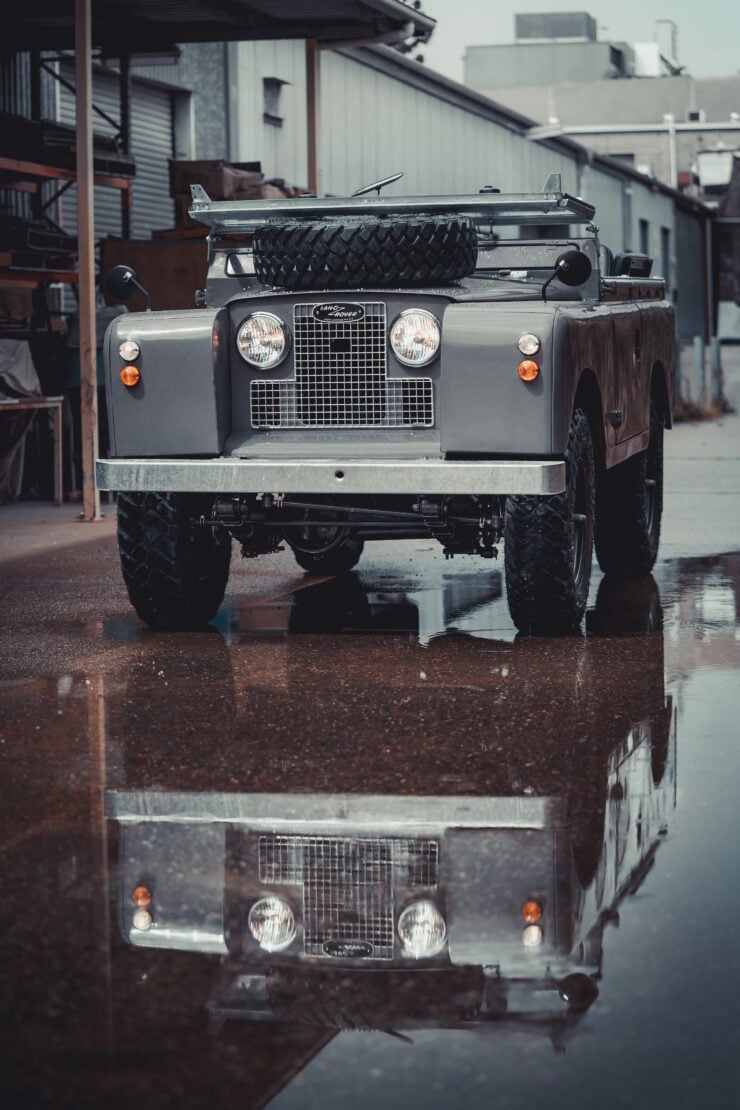