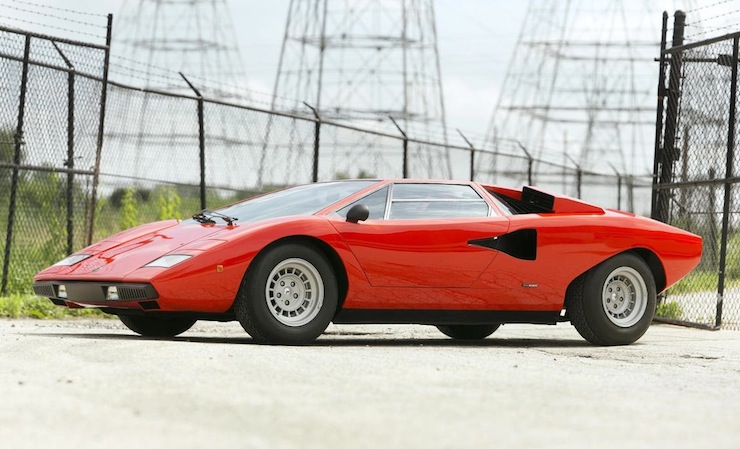 The Lamborghini Countach is one of the most instantly recognisable motor cars ever made, the styling was a staggering departure from its predecessor (the Miura) – so much so that on the unveiling of the prototype in 1971 a member of the press exclaimed “countach!” a local Piedmontese word used by men on seeing a beautiful woman.

Interestingly, the word ‘Periscopica’ in the name refers to the roof mounted periscope used by the early Countach to provide some semblance of reward visibility – the channel in the roof reflected light into the rear-vision mirror which gave the driver some idea of what was behind him. 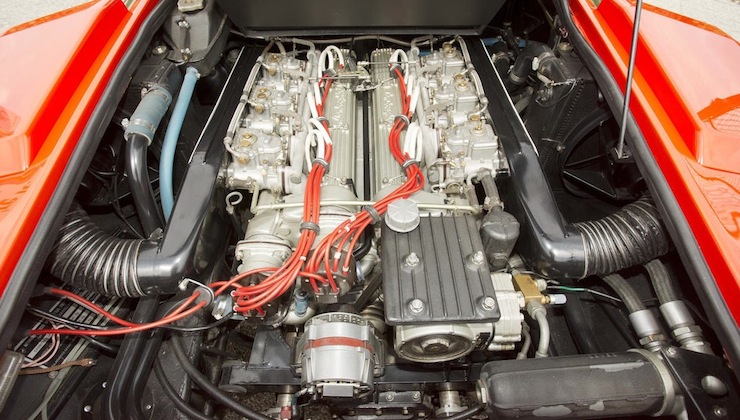 The car pictured here is coming up for sale at Quail Lodge with Bonham Auctions on the 16th of August 2013, it’s an original 1975 model that has been so well cared for that it looks like a car that’s been restored. It’s fitted with the thundering 3929cc DOHC V12 Engine capable of 375hp at 8,000rpm as well as the original 5-speed transmission, 4-wheel independent suspension and 4-wheel disc brakes.

The Lamborghini Countach would go on to have a long and storied history, it would see a 16 year production run from 1974 to 1990 and over 2,000 were produced. As production continued newer and more visually complex versions were released but many people, including myself, prefer the original ’74/’75 models. They have a cleanness and a singularity of purpose that spawned the modern trend of wedge-shaped supercars that continues unabated to this day.

If you’d like to take out your wallet and buy the car pictured here you’ll need to make sure you have somewhere in the region of $600,000 to $750,000 USD on hand, then you’ll need to click here to visit Bonhams and register to big at Quail Lodge. 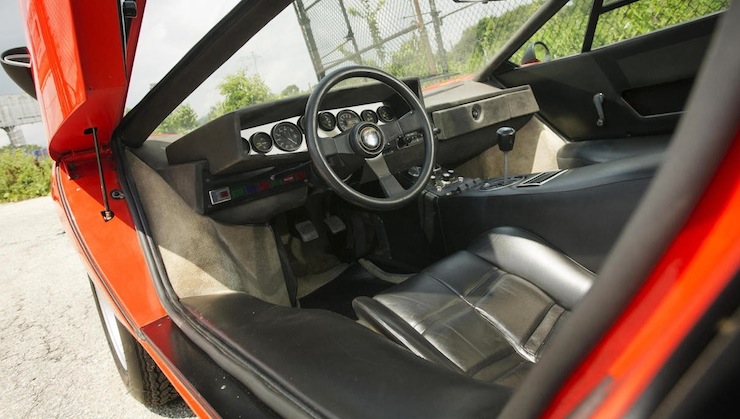 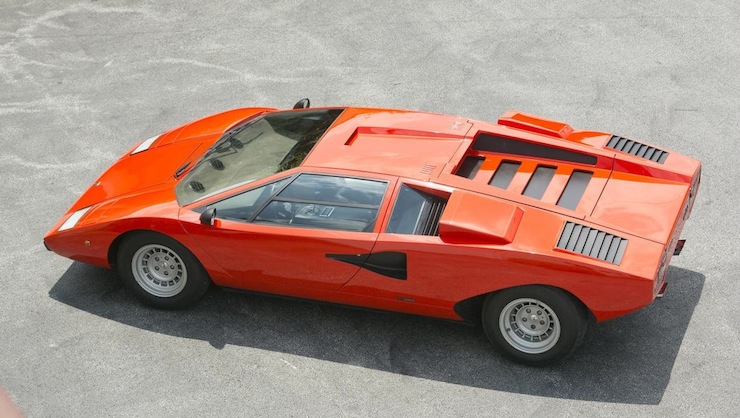 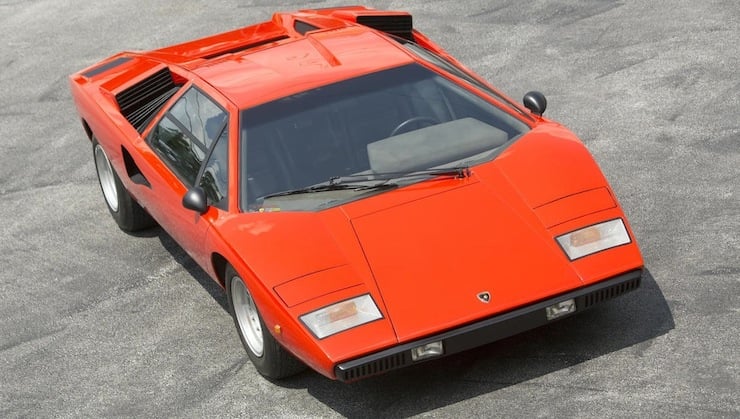 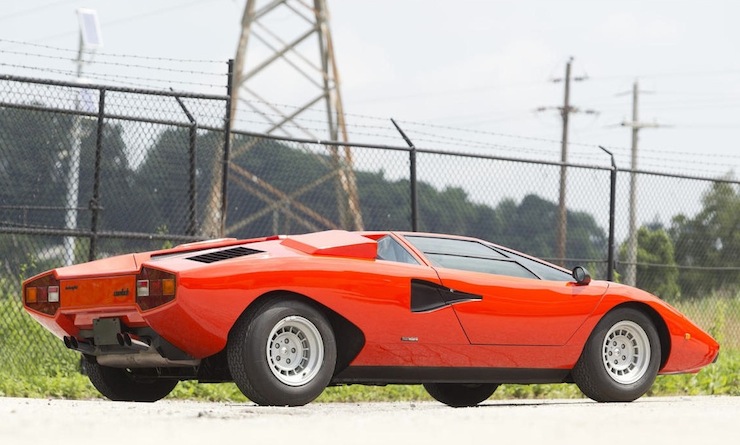 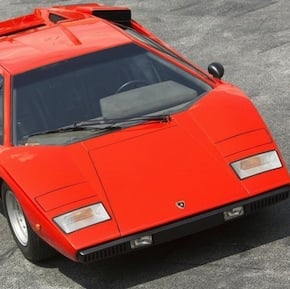