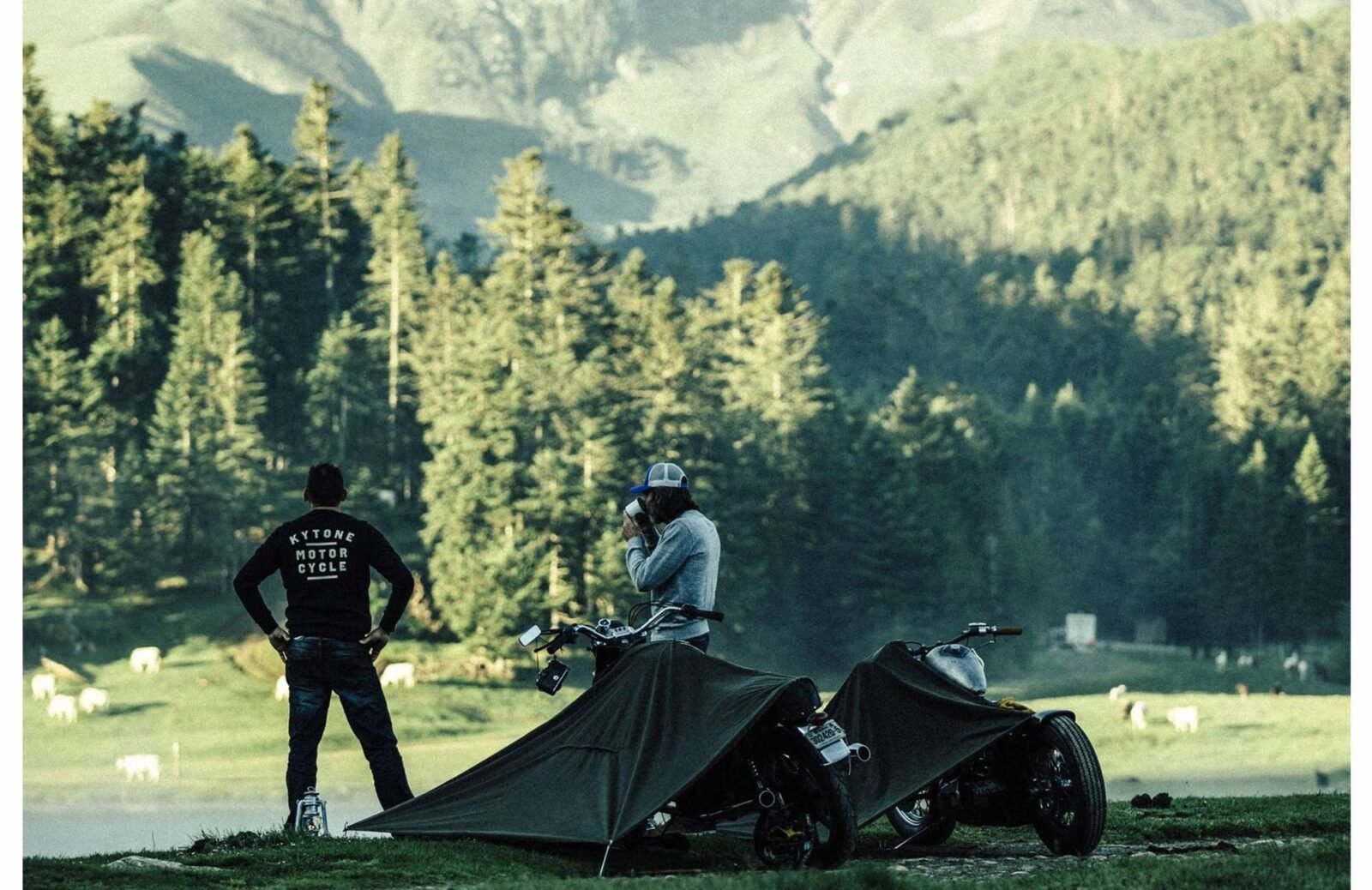 The Kytone Potcho is designed to perform three essential functions, it can be worn as a waterproof poncho, laid down as a camp bed, or you can attach one side to your car or motorcycle and use it as a simple shelter.

Although you’d probably want a more substantial motorcycle tent for any serious overlanding, the Kytone is great for a night or two out under the stars, and thanks to its waterproof outer layer it’ll help keep you dry should you be caught out by rain.

The Potcho is also great for people who have a love for both vintage motorcycles and road trips. You’re probably going to end up sleeping by the side of the road somewhere remote even if you hadn’t planned on it – it’s just a matter of time and bad luck.

One side of the Kytone Potcho is made from waterproof British Millerain waxed cotton and it has a 100% soft woven cotton lining. A zipper in the centre allows you to wear it as a poncho and keep yourself (and your gear) dry when you get caught in the rain.

It has an eyelet at each corner to allow you to hang up one side to create a simple shelter, and it comes with a brown leather harness to roll it up and attach it to the front, side, or back seat of your motorcycle, or to keep it rolled up in your car’s trunk. 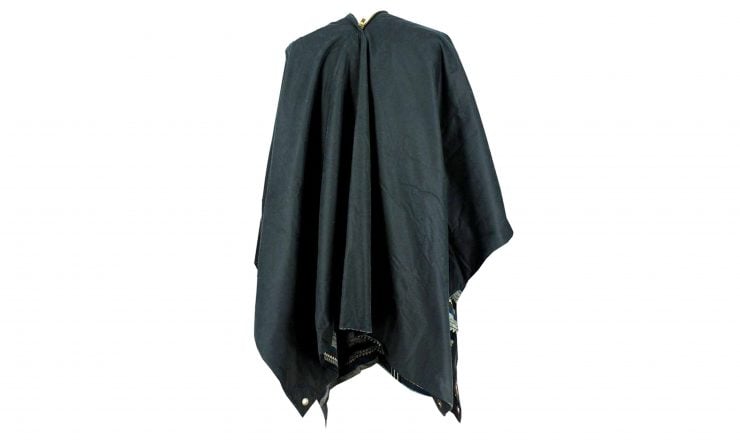 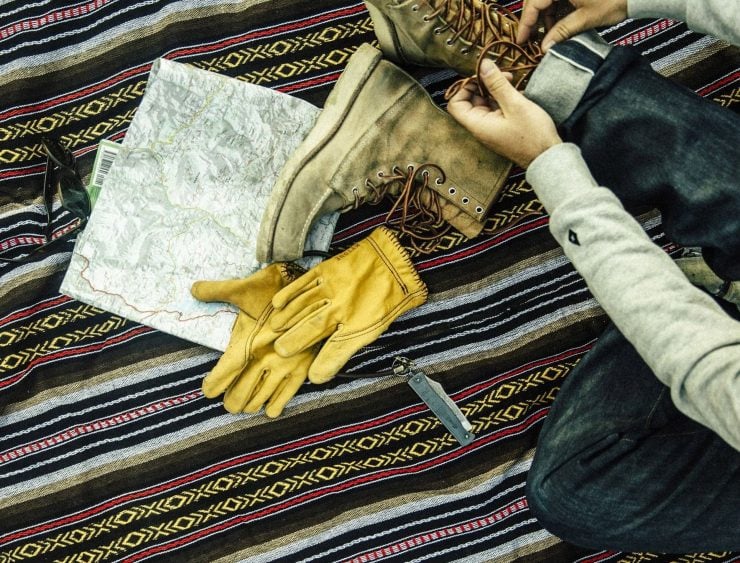 The Nexx XG200 is a modern motorcycle helmet designed with a shell made from a proprietary X-Matrix blend of carbon, Kevlar, and fibreglass fibres to offer the best mix between low weight and high shell…