South Africa to Ireland in a Vintage Alfa is a short film that tells the story of Jethro Bronner’s journey across the length of Africa and Europe as he drove his Alfa Romeo step-nose from The Dargle South Africa, to Dargle in Ireland.

Jethro is an Alfaholic whose lifelong ambition was to get his own step-nose, a nickname given to the Giugiaro-designed Alfa Romeo Giulia Sprint GT, GTC, and Sprint GT Veloce which all had a characteristic 1/4 inch “step” between the leading edge of the hood and the nose of the car. It’s commonly known as the “scalino” (step in Italian) and either “step-nose” or “step-front” in English.

All step-noses are powered by the inimitable Alfa Romeo inline-4 cylinder DOHC engine, a much loved motor that was offered in sizes from 896cc all the way up to 2056cc over the course of its production run.

Jethro’s journey in his rebuilt Alfa took him from South Africa up through Zimbabwe and past Victoria Falls into Zambia and on up through the eastern side of the African continent. Once he got up into Egypt he drove across the Sinai into Israel and from there he took a car ferry across the Cyprus and Greece. Once into Europe he spent weeks driving across the continent eventually ending up in Ireland, and from there into England.

The idea of driving any vintage car on a trip like this is gutsy, but doing it alone in a car you just finished rebuilding is borderline certifiable and deserves much respect. 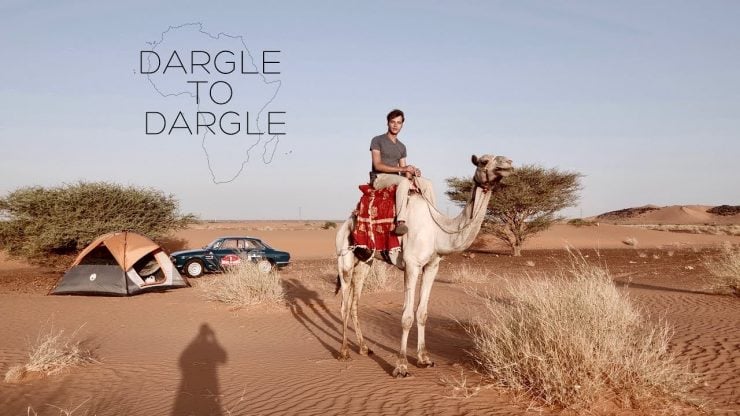 This Toyota FJ45 Land Cruiser was restored and upgraded by TLC, a company run by a man who’s name will be immediately recognisable to anyone with more than a passing interest in vintage 4x4s –…