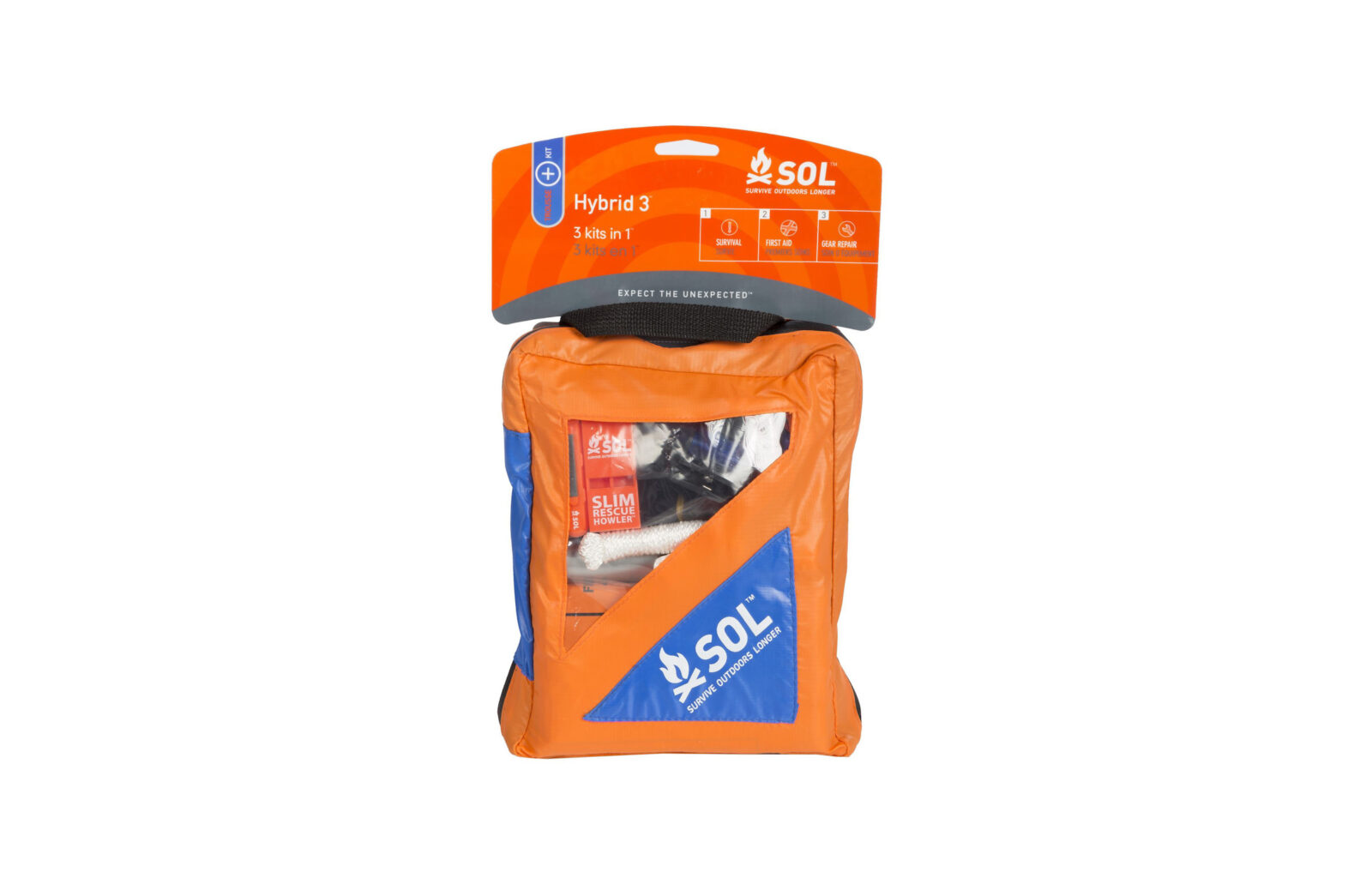 The Klim SOL Hybrid 3 Kit is essentially three kits in one: a survival kit, a first aid kit, and a repair kit.

Motorcyclists don’t have the luxury of ample space to pack for potential disasters, but they still need to be prepared for them. Though you may not be traversing the Sahara or Gobi deserts on your bike it is always an excellent idea to have a good first aid kit with you.

When going further afield on motorcycle road trips, weekends out in the woods, or cross-continental adventures its absolutely essential you have a survival kit and some basic means of repairing gear with you – it can quite literally be the difference between life and death.

The Klim SOL Hybrid 3 Kit measures in at 7″ x 6″ x 2.5″ and it weighs in at 1 lb 4 oz (0.56 kilograms), making it easy to tuck into panniers and backpacks. Inside the kit you’ll also find a small nylon bag allowing you to pack the kit (or parts of the kit) into a smaller package if you need to make your way out on foot.

Inside the kit you’ll find the following: 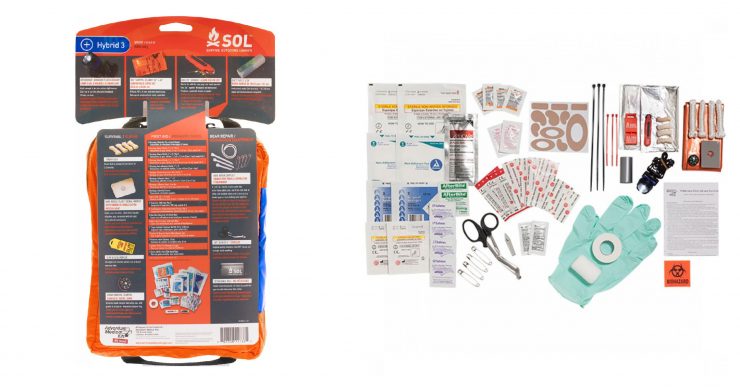