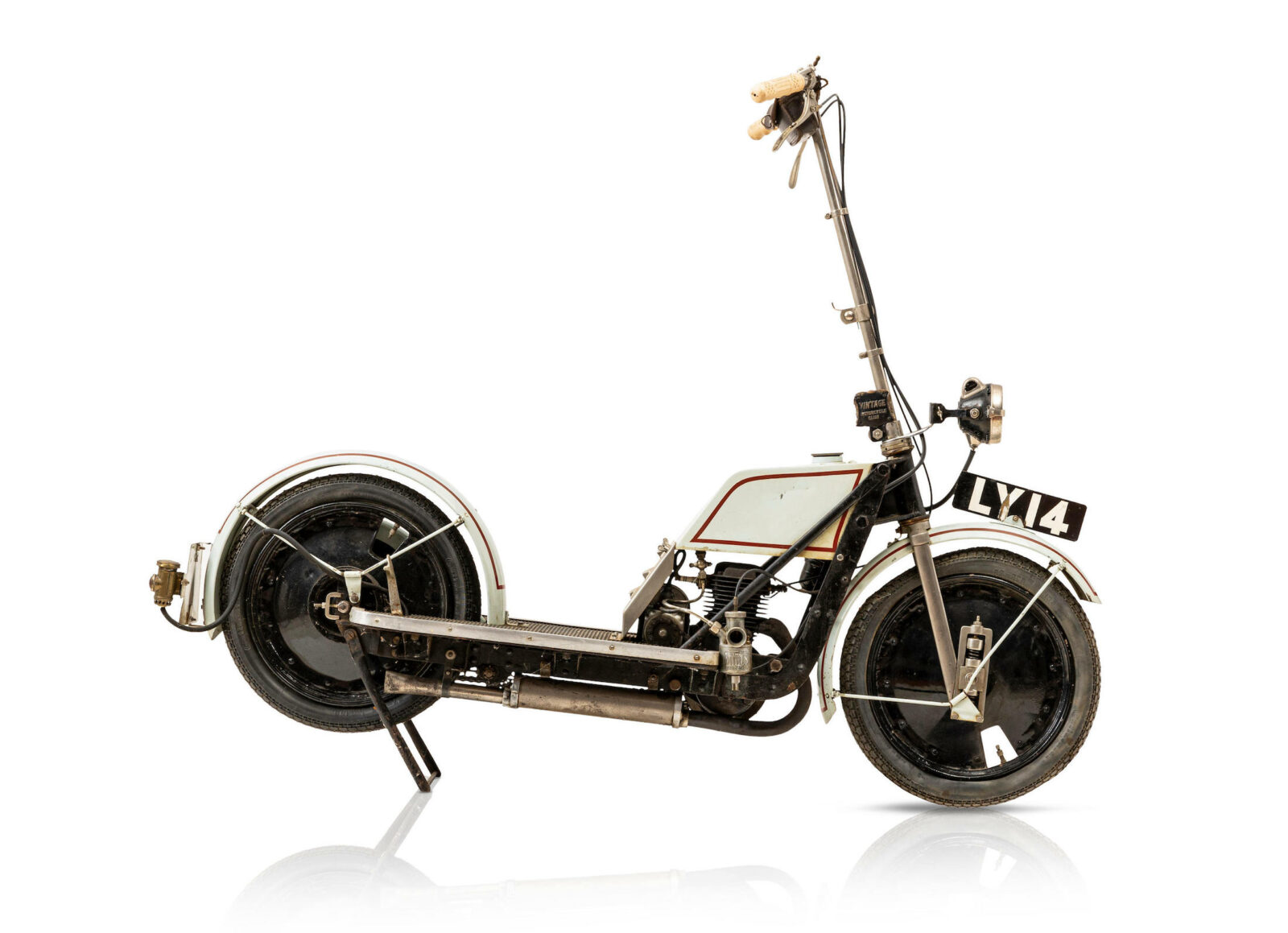 This is a 1920 Kingsbury 2¼ hp, a rare standup motor scooter that was built over a century ago by the Barningham Brothers’ Kingsbury Engineering Co Ltd – an aircraft manufacturer who turned to scooter and motorcycle manufacturing after WW1.

The modern transport trend surrounding electric scooters is nothing new really, the genre started out back in the early 20th century with both gasoline and electric powered scooters being made by a wide range of manufacturers on both sides of the Atlantic.

The Invention Of The Motor Scooter

There is no generally accepted origin story regarding exactly who invented the standup, or kick scooter. It’s believed the first was made in the late 19th century somewhere in Europe, with production examples appearing soon after targeted at children. 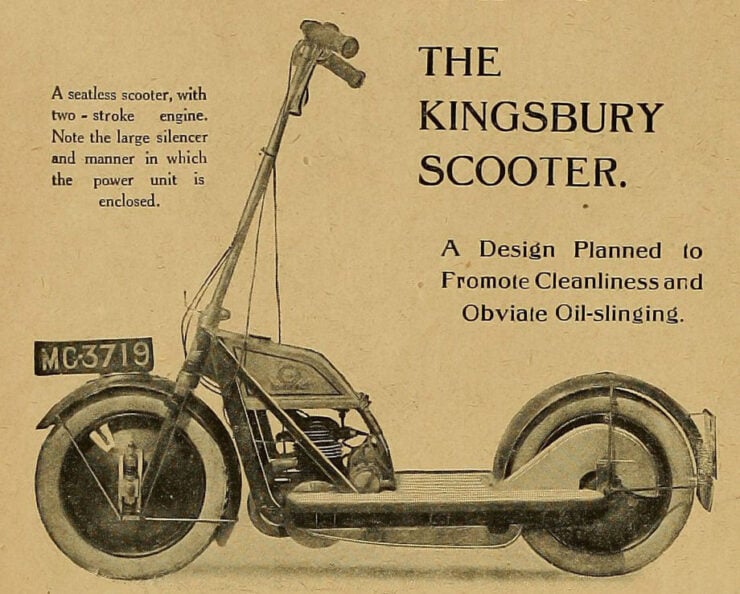 Scooters like the Kingsbury were often marketed to people who didn’t like the noise and smell of the motorcycles of the era – particularly women who embraced them as they could be ridden while wearing a dress (unlike a motorcycle) and they discovered a whole new sense of freedom.

The design hasn’t changed all that much over the years, there are two wheels in line, connected by a single flat plank section coupled with a steering column and handlebars extending up to the rider’s hands from the front wheel.

The next step in the evolution of the design seems obvious in retrospect – adding a motor. One of the first and most notable motorized scooters was the Autoped invented by Arthur Hugo Cecil Gibson – it was a beautifully designed front wheel drive scooter that sold in significant numbers from 1915 to 1922.

Of all the motorized vehicles for sale the Autoped and its competitors were the most affordable, vastly cheaper than a car or a motorcycle, not to mention the fact they were much easier to park and used very little fuel.

With WW1 wreaking havoc around the globe from 1914 to 1918 materials like steel and rubber were in short supply, and gasoline and oil was even harder to come by. As a result the motorized scooter, with its extremely efficient use of materials and fuel became the ideal form of urban transportation, becoming a common sight on the streets of cities across the United States and in Europe. 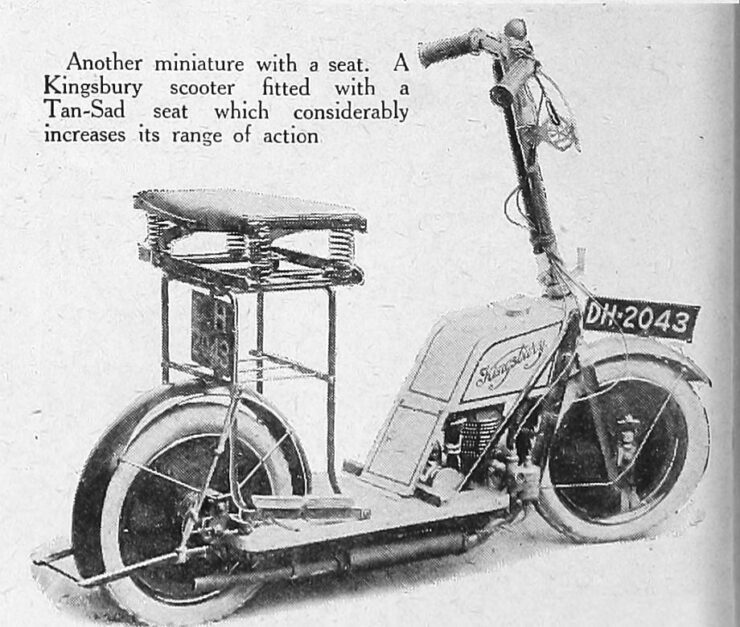 Seats could be fitted, a precursor to the invention of scooters like the Vespa that would follow decades later.

As cars like the Model T Ford and Austin 7 became ever cheaper the lure of motor scooters began to wane and almost entirely die out.

New, more comfortable, scooter designs like the Vespa would rise from the ashes of WW2 in Europe and remain popular to the current day – and much more recently the electric standup scooter would explode in popularity around the world.

The scooter you see here is a rare Kingsbury 2¼ hp, a British motorized standup scooter that was developed rapidly after WW1 to ensure cashflow for the company that had been making their income building the Airco DH.6 training aircraft for military use. 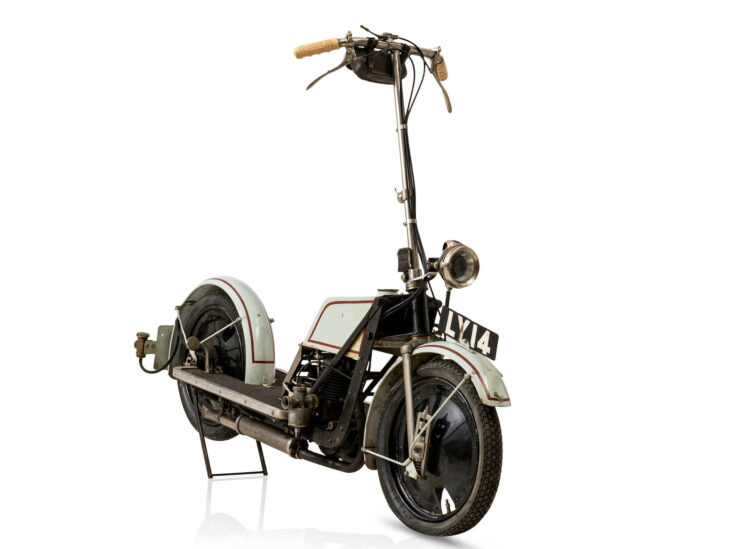 The simple design and relatively small amount of materials required to make a Kingsbury made them ideal transportation in the post-WW1 era.

The Kingsbury 2¼ hp is powered by an air-cooled two-stroke engine that produces, as the name suggests, 2¼ hp. It has disc-type wheels front and back, the front wheel is sprung with simple suspension, and a rear brake is fitted that can be operated either by hand lever or foot pedal.

The pre-mixed fuel passes from the fuel tank mounted over the engine down into a Mills carburetor and from there into the engine. Power is sent via a chain to the rear wheel and it’s fitted with a P&H headlamp, a Lucas rear lamp, and a BTH magneto. 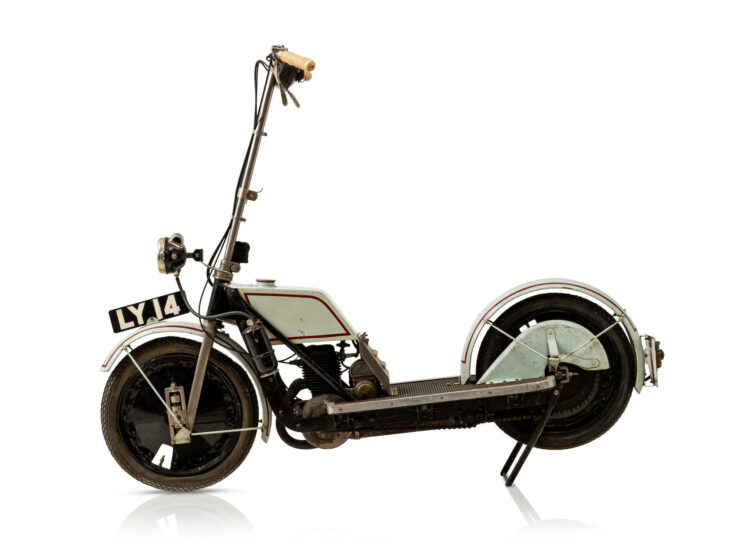 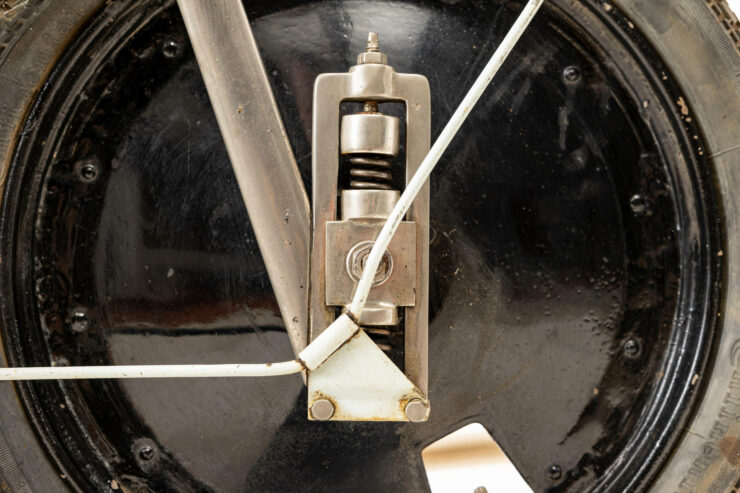 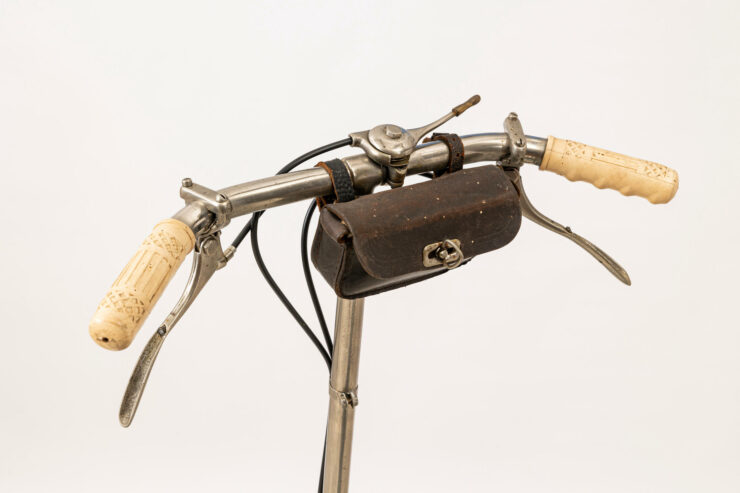 Published by Ben Branch - December 25th 2022
Related Posts
The Honda Cub EZ90: The Motorcycle Of The Future From 1991