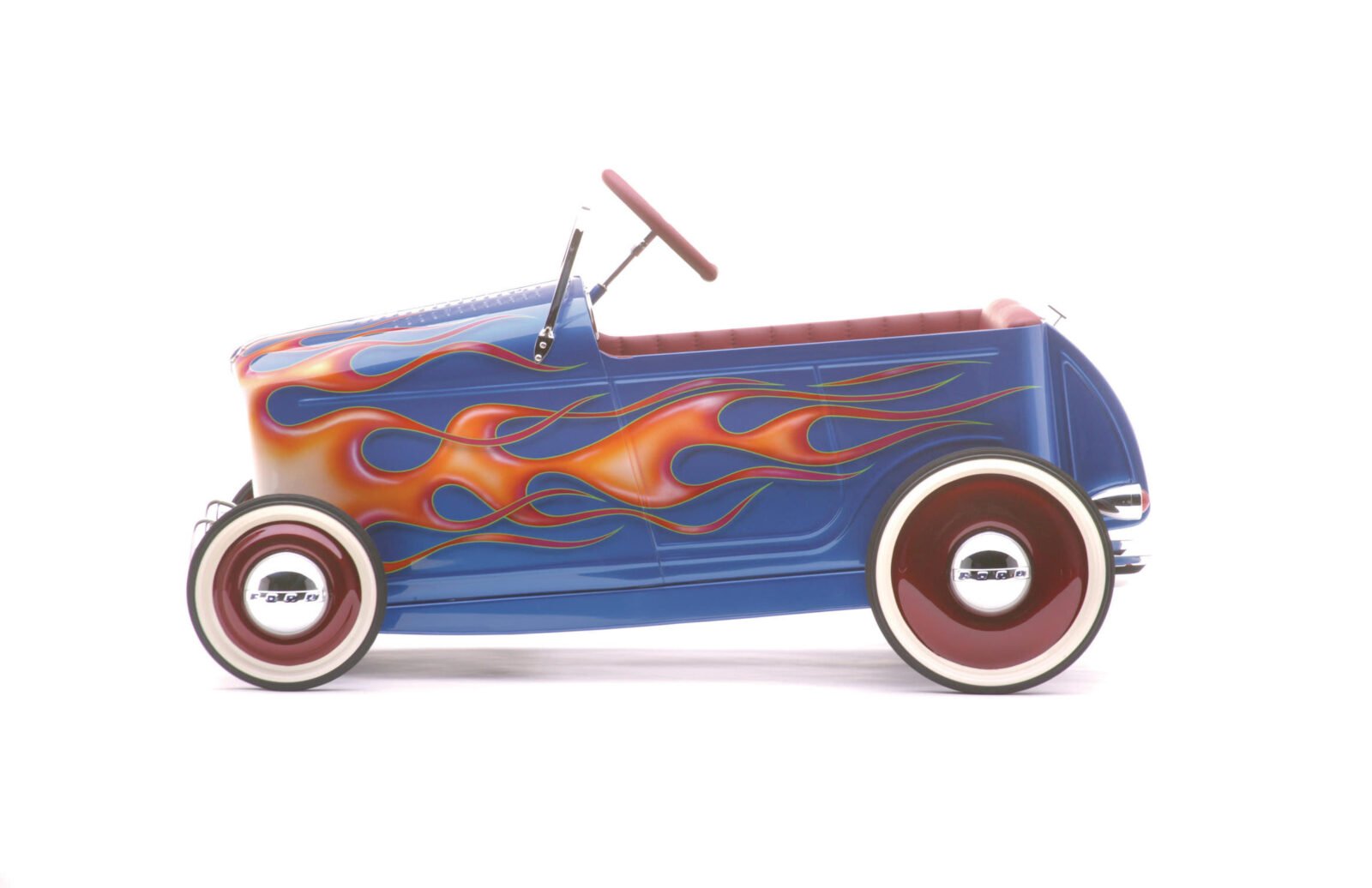 Many of us had pedal cars as children, mine was bright red, plastic, and loosely based on the design of the Porsche 356. And I’m using the term “loosely” there very literally.

As kids we realized we could get the speed up to over 18 mph (!!!) by pushing it to the top of a nearby hill, filling the driver’s pockets with rocks, and giving them a push start worthy of a Jamaican bobsled team. I still have the scars as evidence that this was a hugely entertaining activity until it all went wrong.

The pedal car you see here is multiple orders of magnitude better than the beat up old foot-powered jalopies we grew up in. It’s a one-off bespoke build by Roy Brizio Street Rods – one of the most respected hot rod builders in the USA (and the world).

The design is based on a classic ’32 Ford, and it has a full metal body, with chrome hubcaps, dual tailpipes, Arlen Ness turn signals, working headlights and tail lights, and a trunk-mounted battery charger.

If you’d like to make your offspring the luckiest kid in the world, you can click here to visit the listing on RM Sotheby’s. 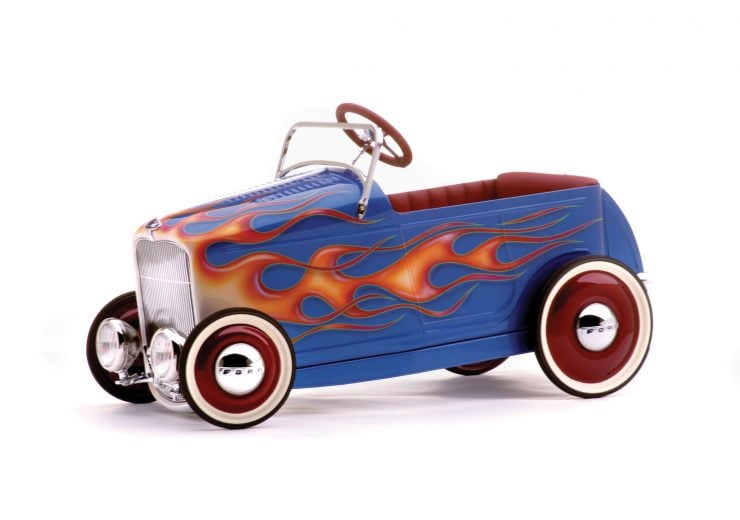 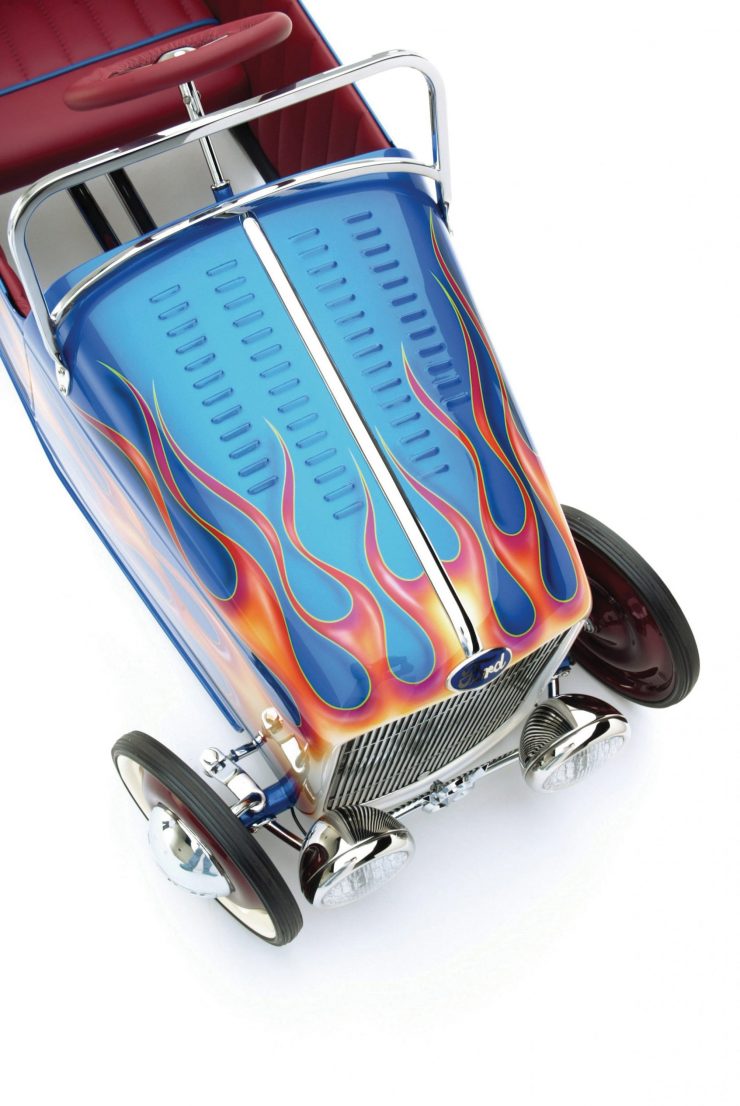 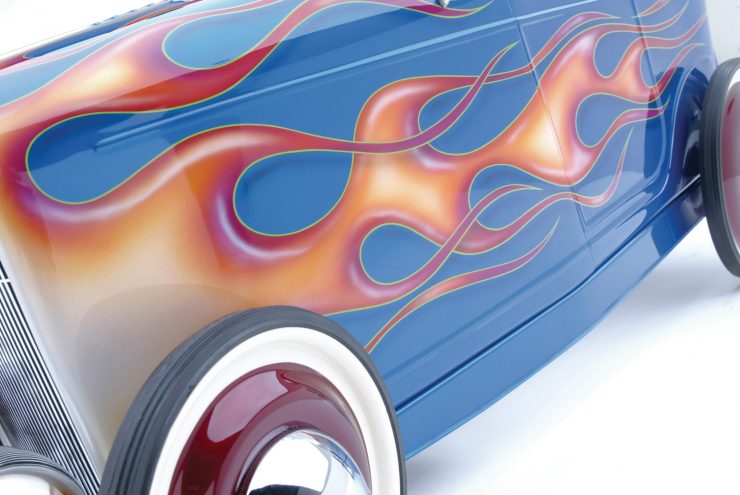 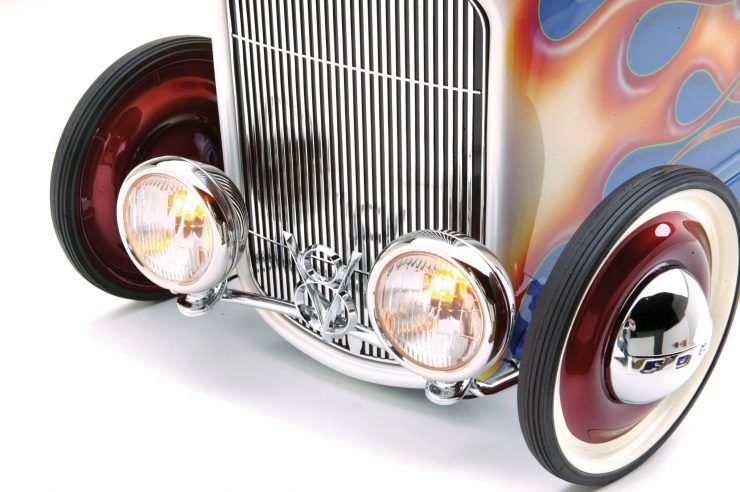 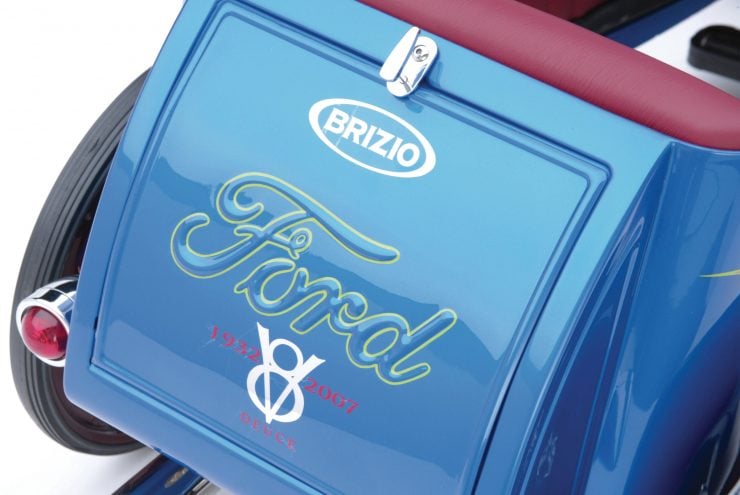 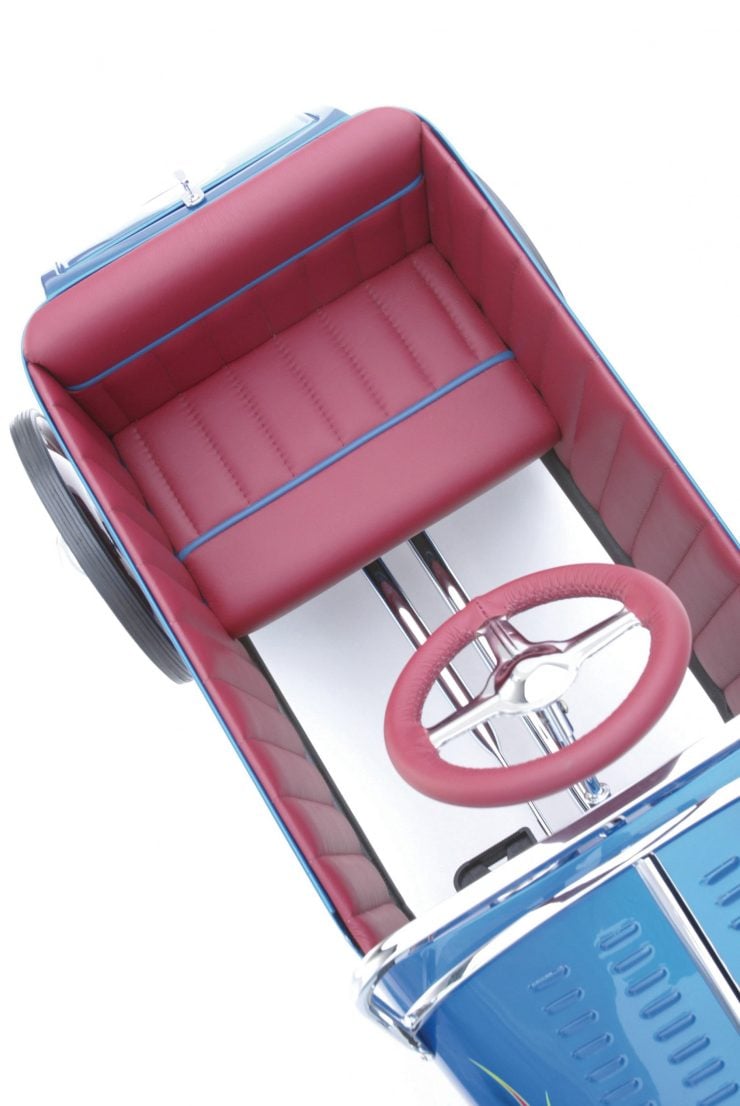 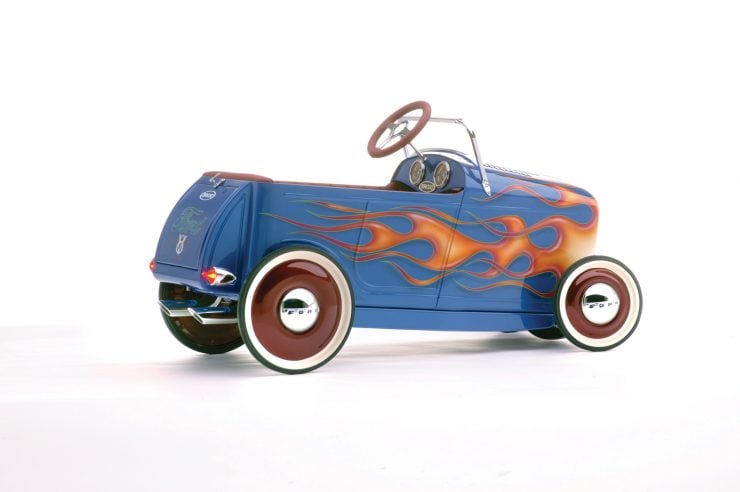 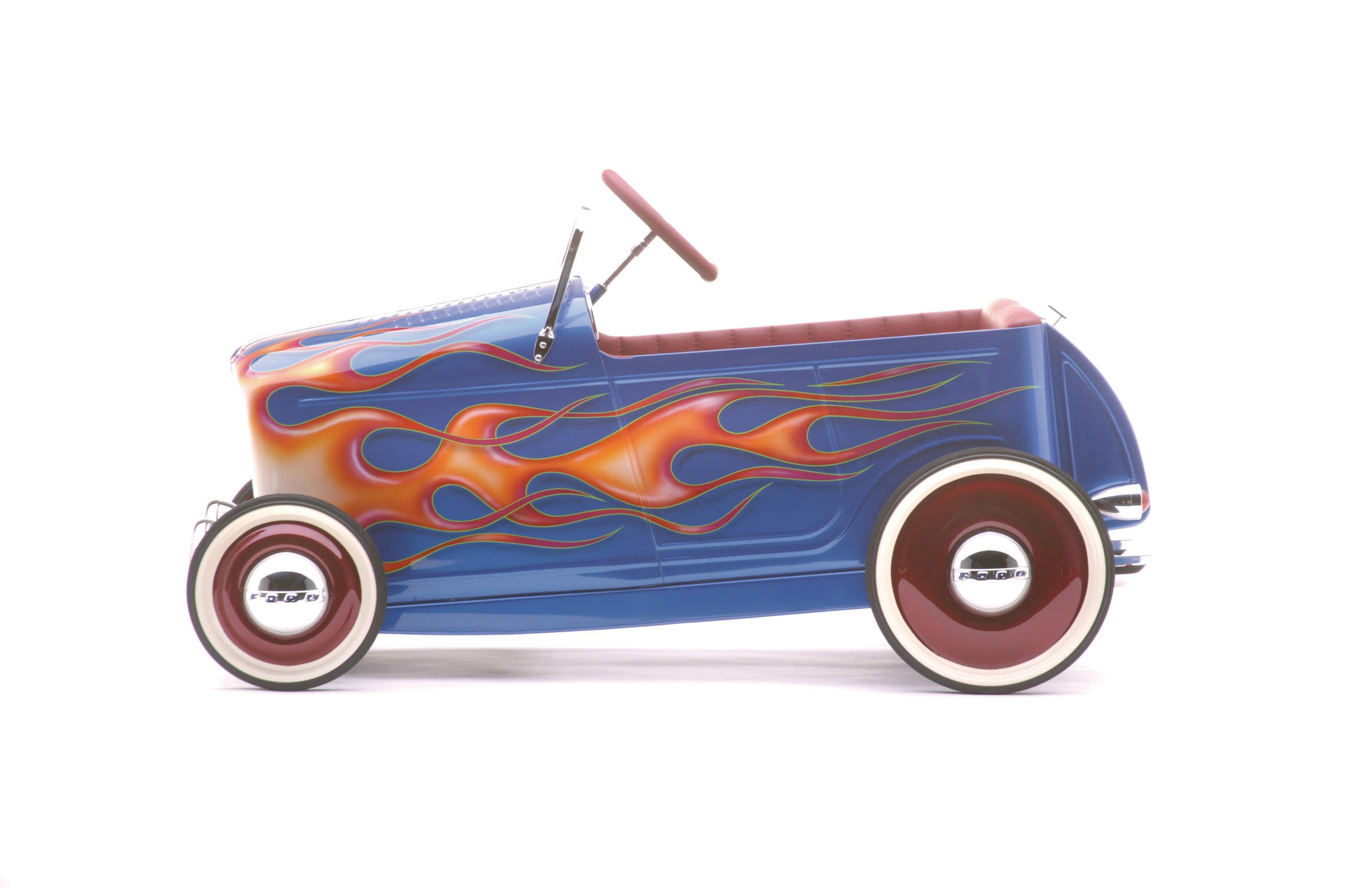