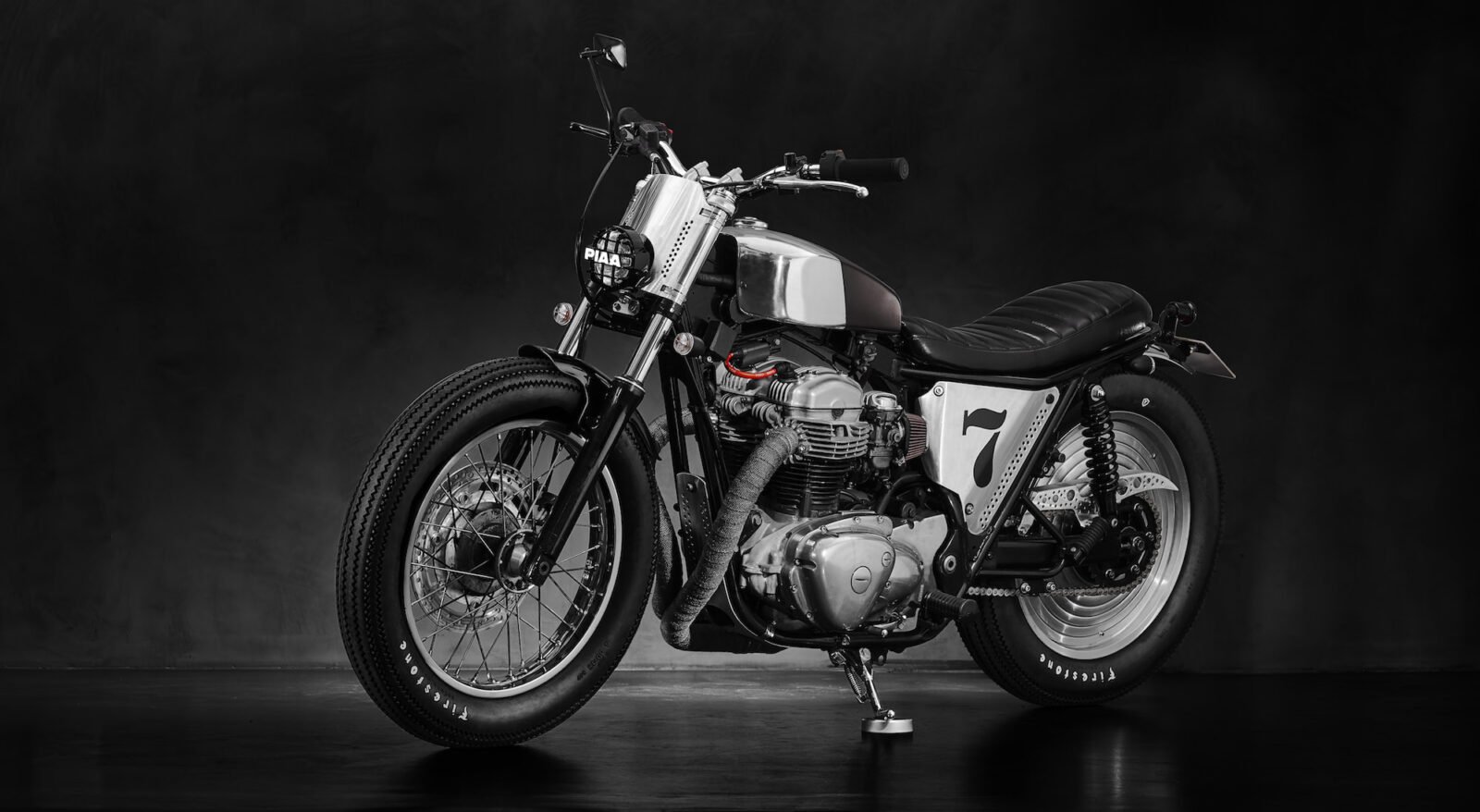 Angry Lane is a custom motorcycle workshop and apparel label based out of Hong Kong, surprisingly there are very few custom bike builders in the city – despite its proximity to Japan, Taiwan, Thailand and Indonesia, which are all globally renowned for their customising prowess.

Based in the warehouse district of Wong Chuk Hang, the two man team behind Angry Lane work in relative obscurity, coming out into the light of the custom motorcycle press every now and then to show a new bike or a new line of gear before heading back into the warehouse and reopening the toolbox.

Their latest custom is a 2000 Kawasaki W650 that had suffered at the hands of a an amateur bike builder who had messed it up, then lost interest in the project and passed the rolling project along. This posed a unique set of challenges for Ben and G, who found they had to restore and repair before they could really begin turning the bike into its new self.

Once the bike’s bones were sorted the two men lowered the front and rear springs by 2 inches, mounted a flat side aluminium gas tank, a slimline An-Bu leather seat and relocated the ignition to the aluminium side plate. In order to give performance a boost they upgraded the carburettor with larger jets and K&N Hi-Flow air filters, paired with a new 2 into 1 Megaton exhaust.

The original lead acid battery was tossed in favour of a new Ballistic battery that also saved 2 kilograms, and the rims were wrapped in matching Firestone Champion Deluxe tires – the rear wheel has also been tweaked with the addition of Mooneyes aluminium discs. Rounding out this visually complex motorcycle is the PIAA headlight and mini speedometer from Motogadget.

The Kawasaki has now been delivered to its new owner who is said to be considering taking it back to his home country of Uzbekistan – where I’m sure it’ll create quite a stir. If you’d like to see more from Angry Lane and take a look through their online store, you can click here. 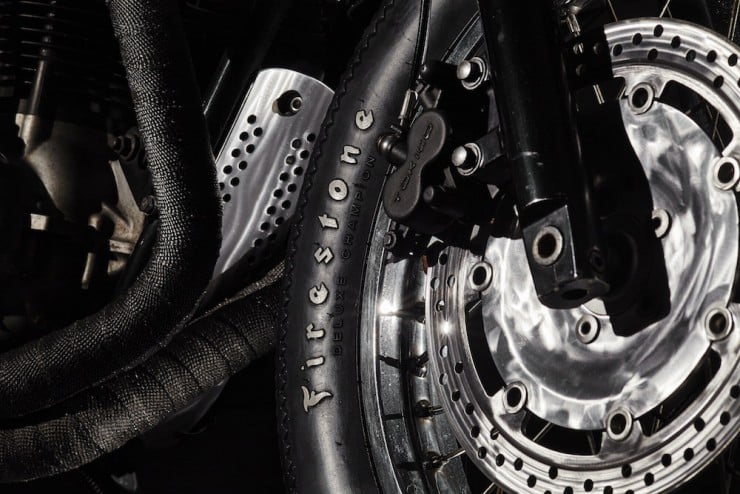 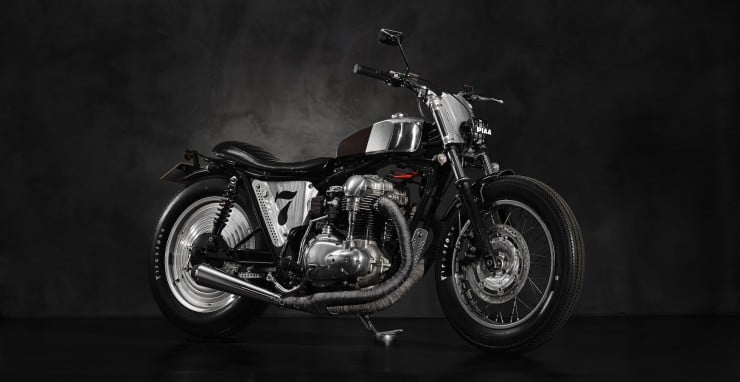 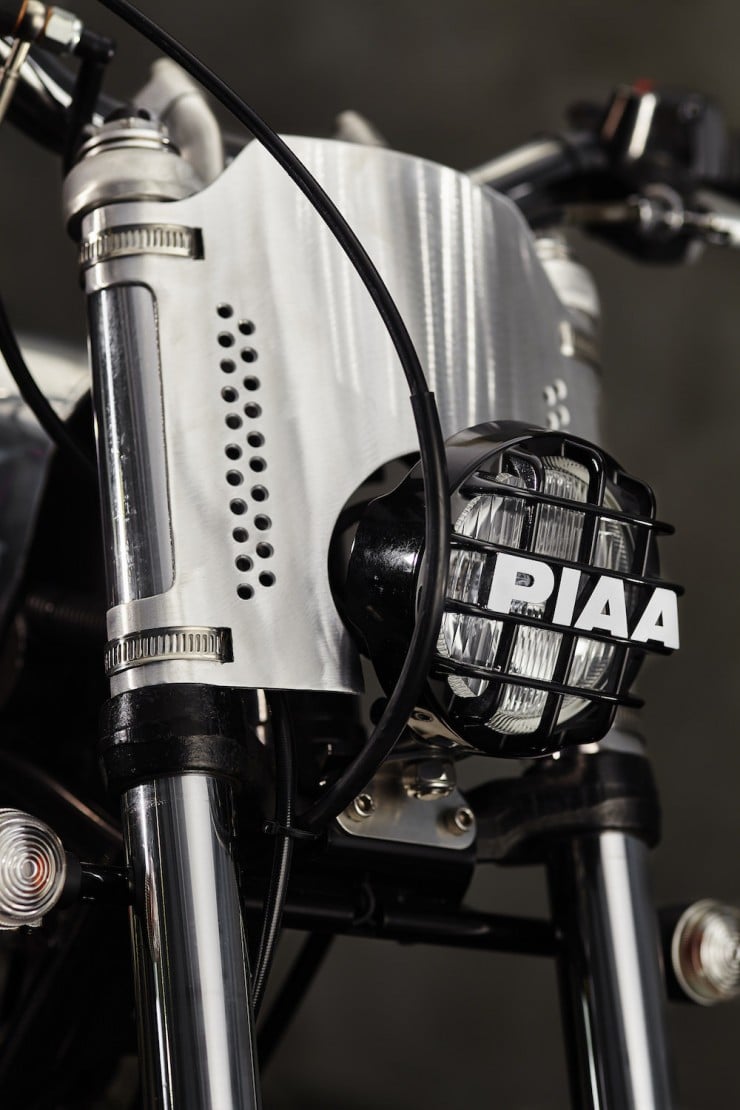 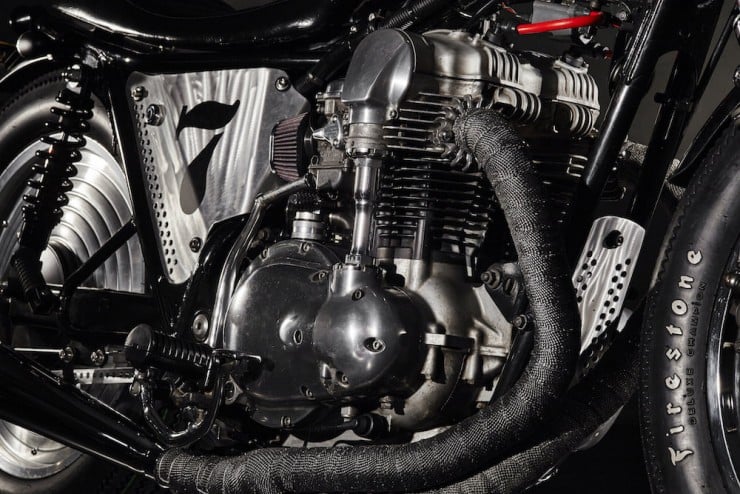 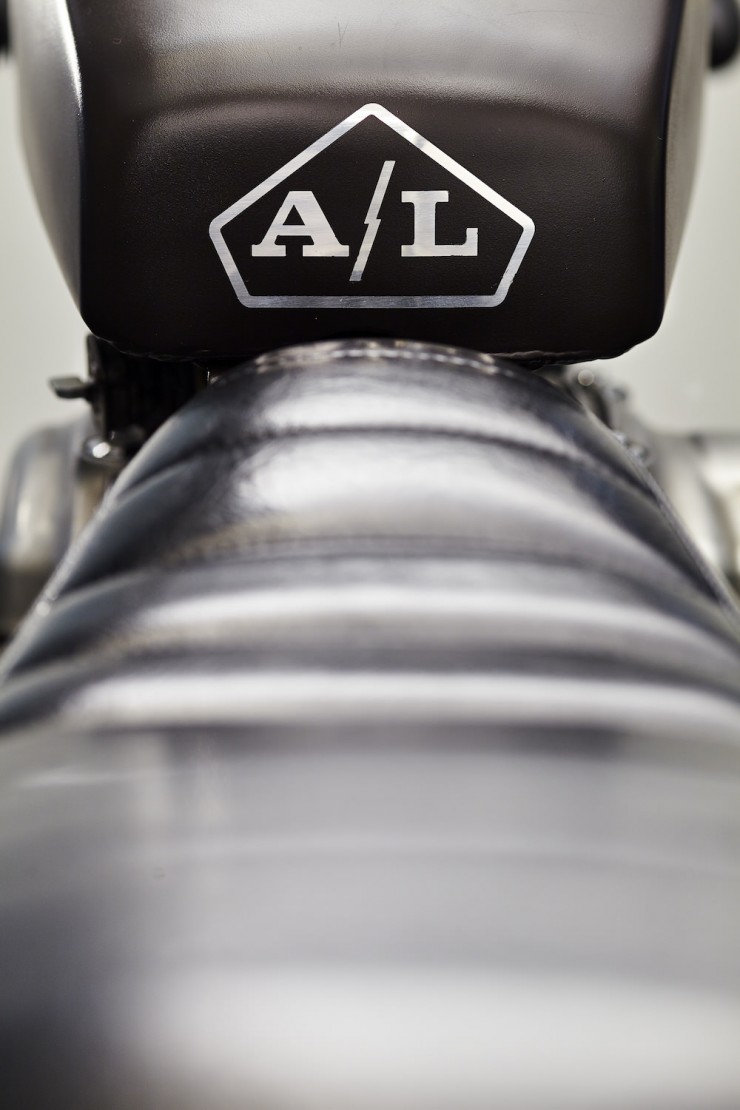 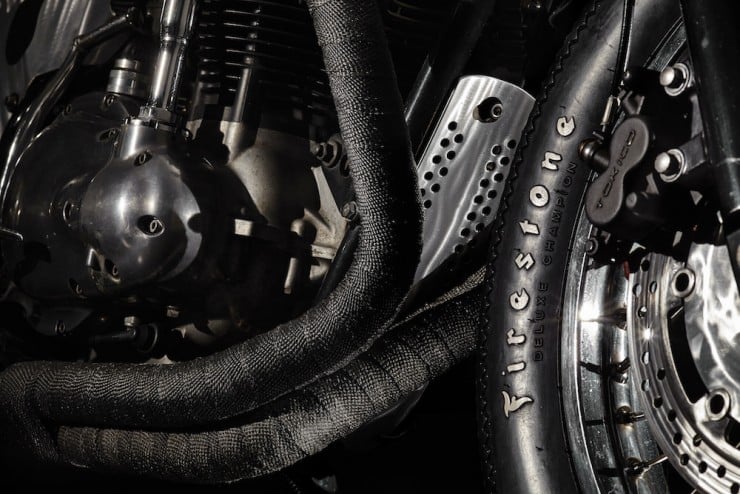 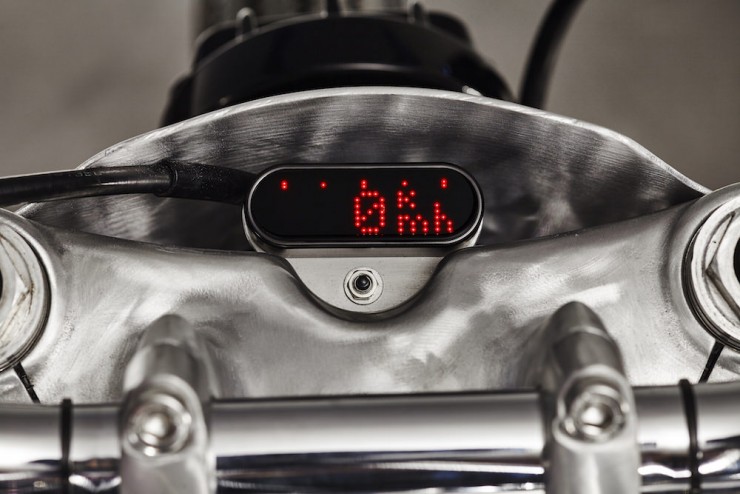 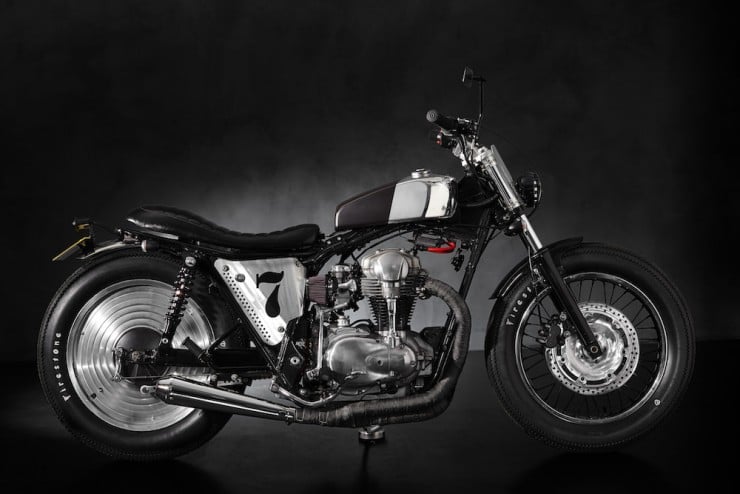 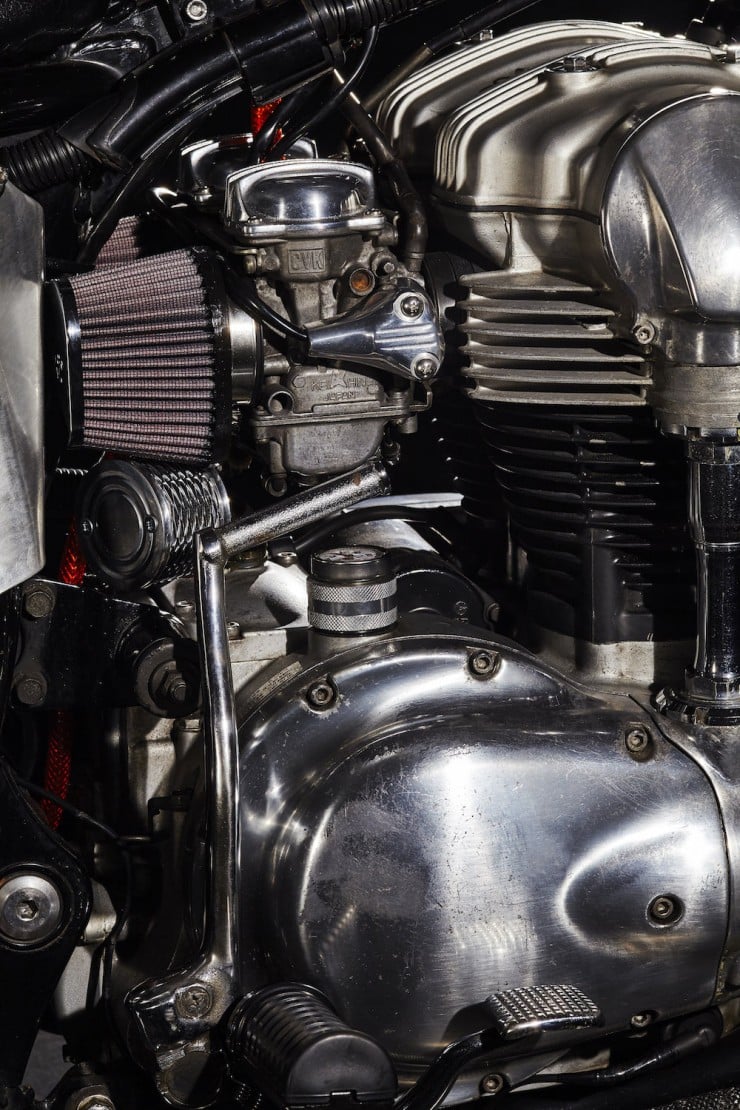 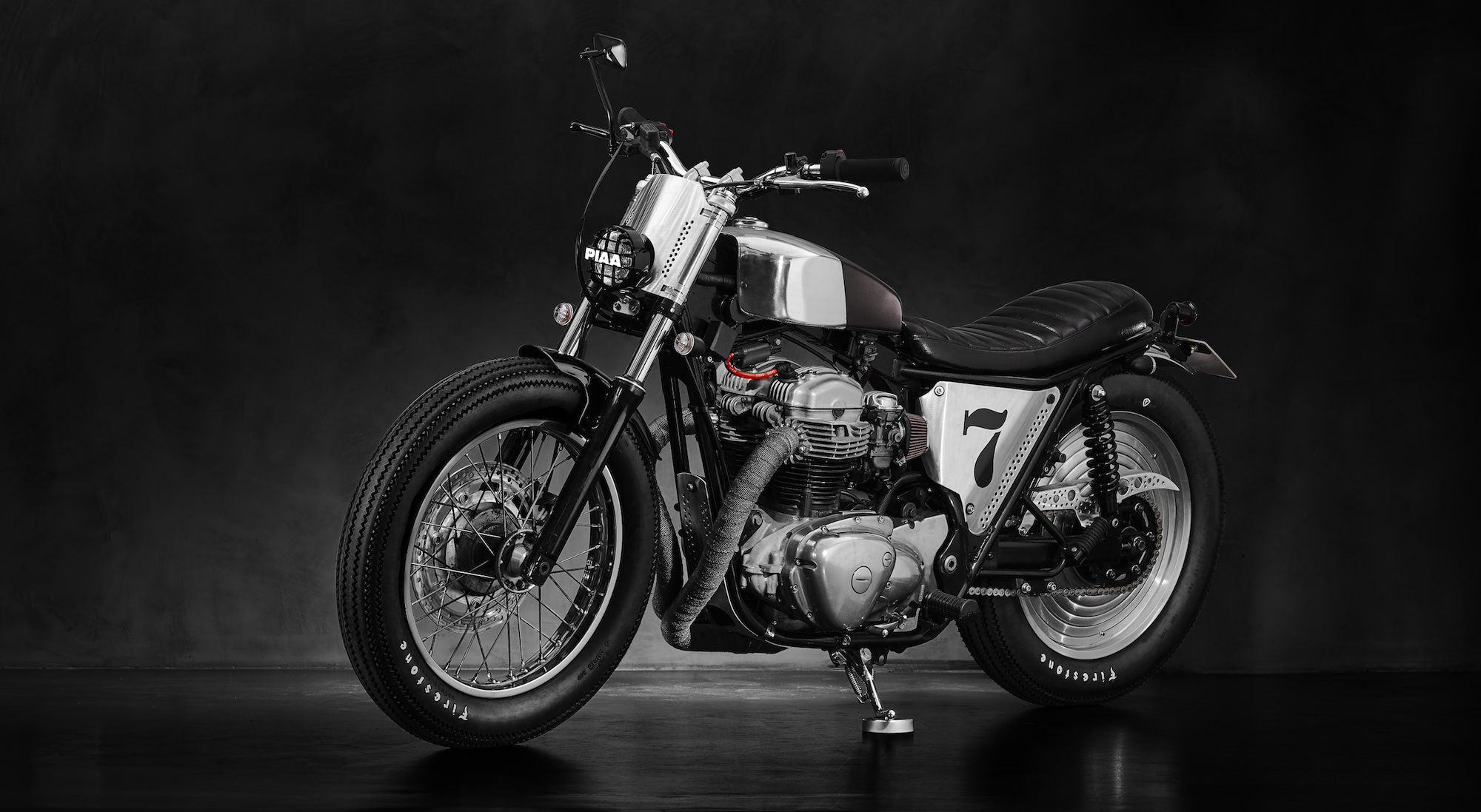