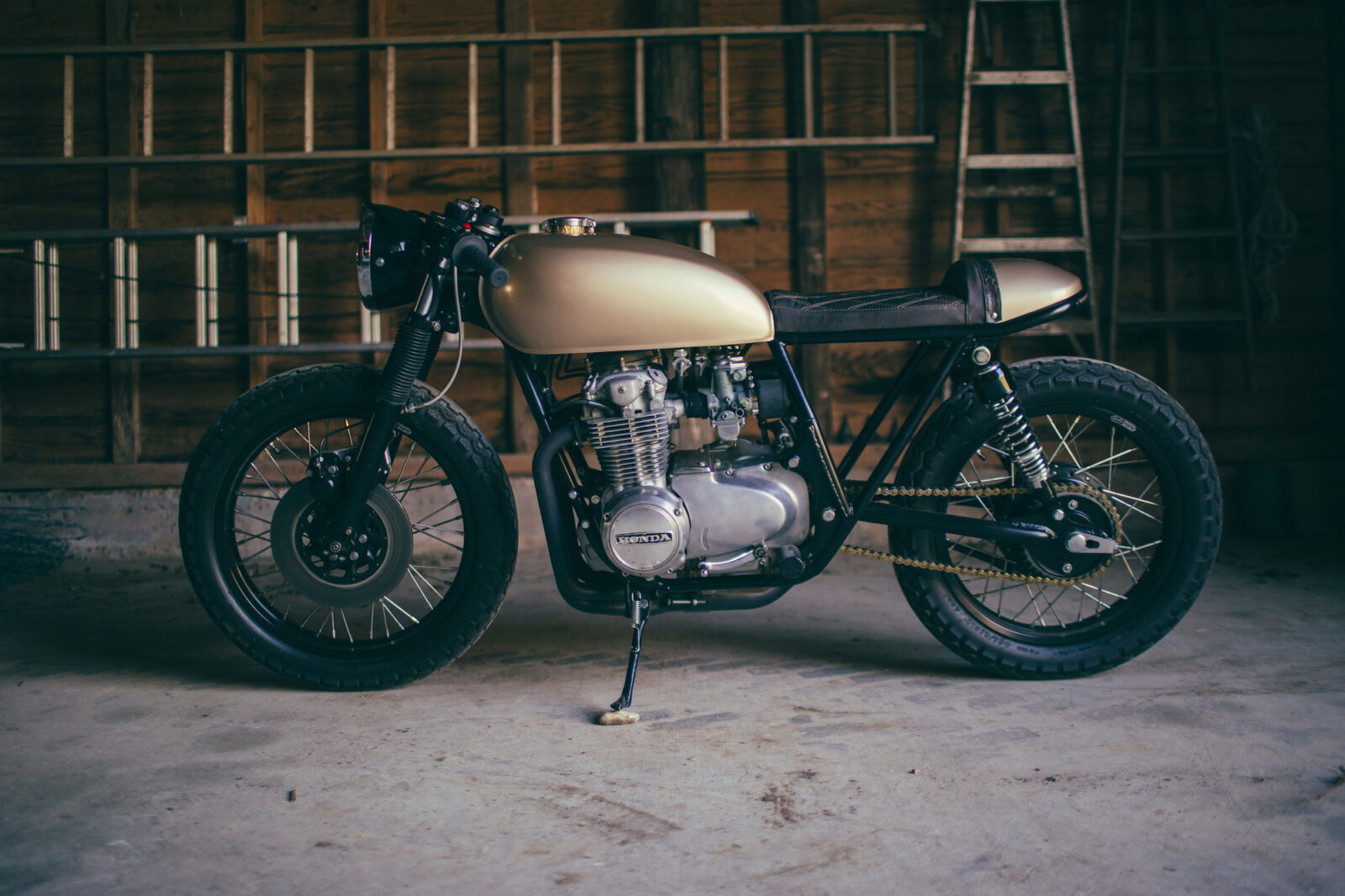 Those of you who are active in the motorcycle side of the Instagram universe will probably have already seen Karly and her trusty Honda CB550. For those who haven’t, Karly is a Texan, a counsellor, a photographer, a mother, and an avid motorcyclist who picked up a junkyard Honda CB550 back in 2015 for $500.

Once the bike had been rolled off the truck into their two car garage, the work began. Most of it was done by Karly’s husband Tanner Kothmann and their friend Tyson Carver, but Karly spent a lot of time in the garage learning the process and getting her hands dirty.

The Honda CB550 was released by Honda in 1974 as a successor to the outgoing CB500. Honda intended the CB550 to slot into the same market segment as the CB500 – a lucrative position below the big CB750 but above the smaller capacity commuter bikes. Perhaps the biggest advantage the CB550 has is its significantly lighter engine compared to the heavy weight unit in the CB750, making the bike more much more nimble, and some might say more fun.

For Karly’s bike, the decision was made early on to make it as light and minimalist as possible. The rebuild was extensive and involved a full strip down, a new wiring loom, new wheels, a modified sub-frame, and a new seat. Karly lost her father to lung cancer a few years ago but wanted to incorporate a memento of his into the bike, so he would be with her on her rides, so she found one of his old leather work belts and it was used as a seat strap – making the bike a family heirloom of sorts.

Once the sub-frame triangle had been cleared out a new micro lithium battery was installed under the seat plugged into a newly re-wired electrical system and a Dyna ignition. The forks were internally lowered, and the rear frame loop has an LED light strip installed that takes care of brake lights, running lights, and indicators.

Since completion Karly’s been riding the bike extensively, including a trip to the City Billy Motor Show in San Antonio where it was a featured build. 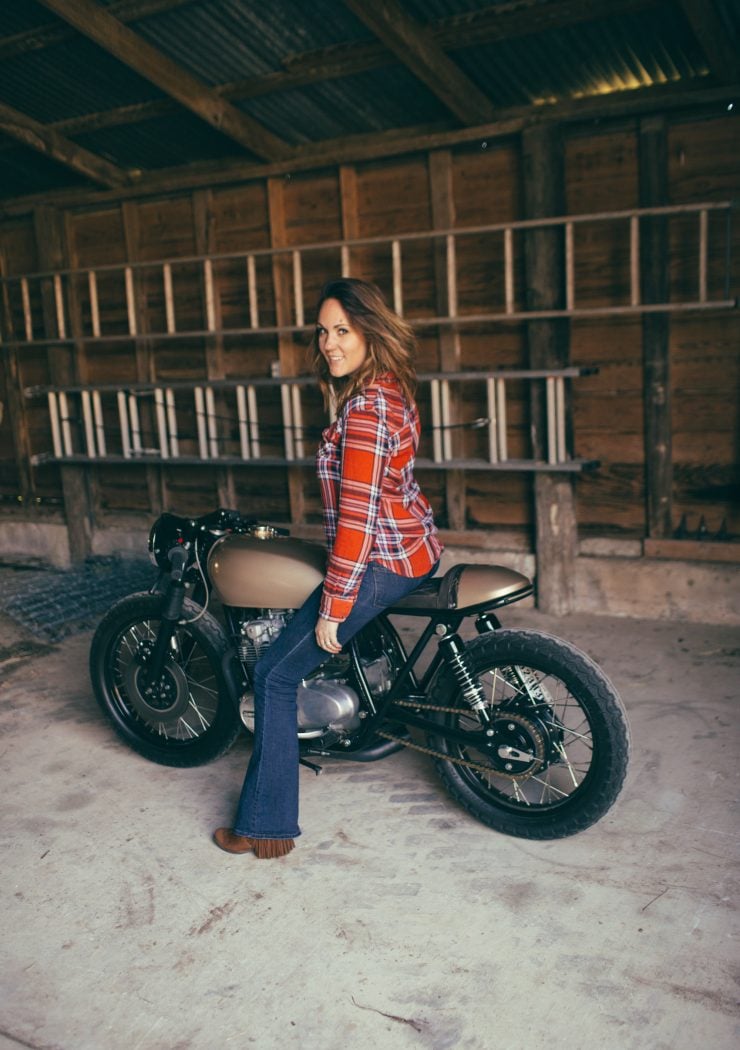 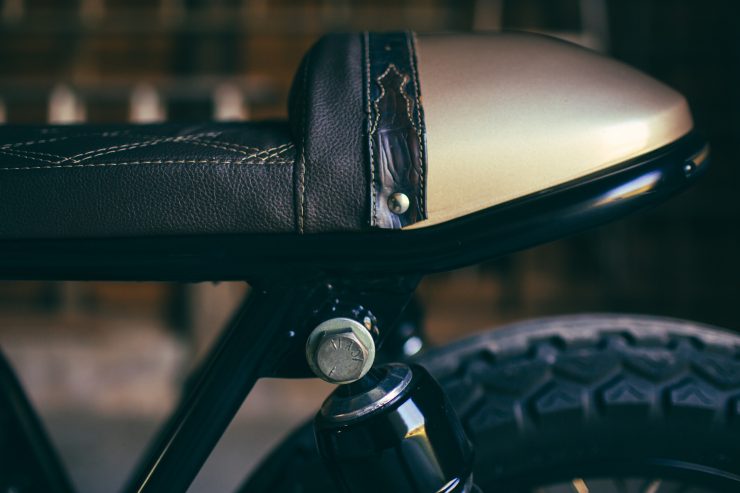 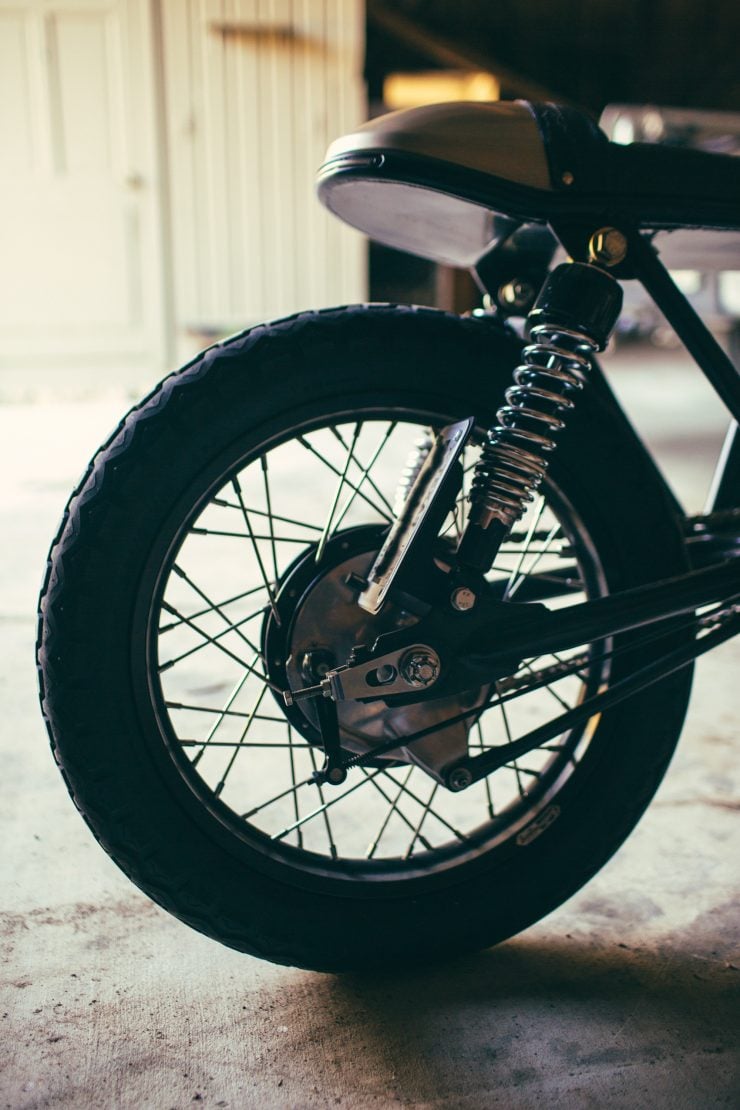 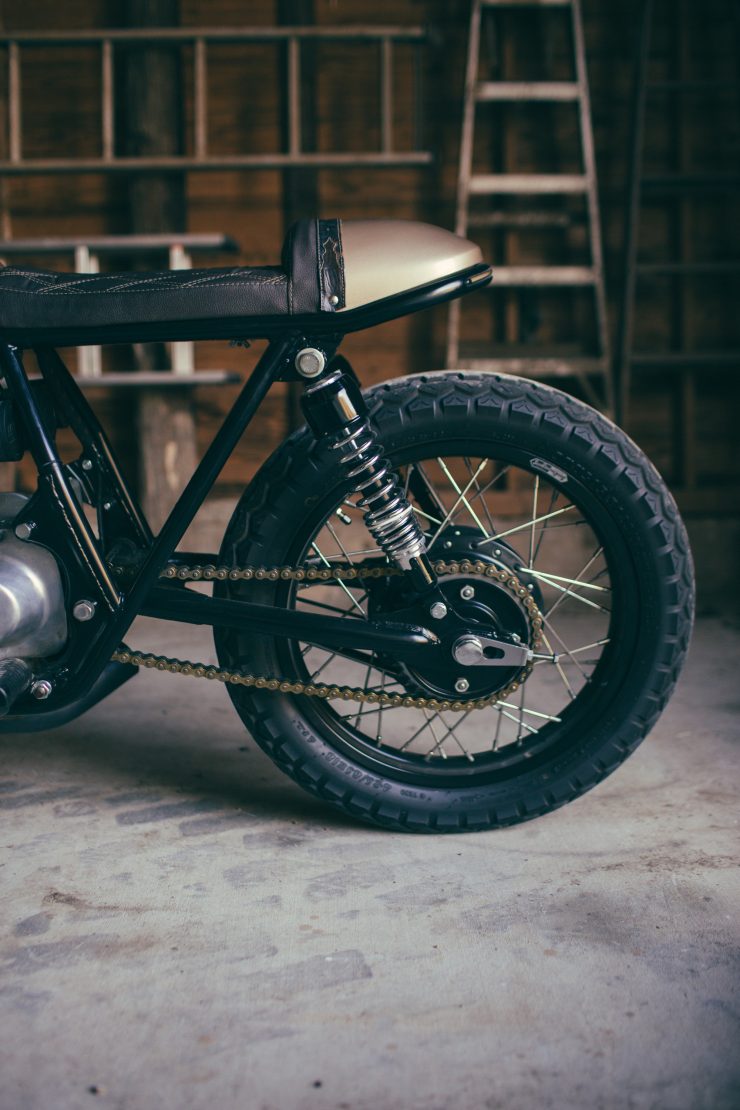 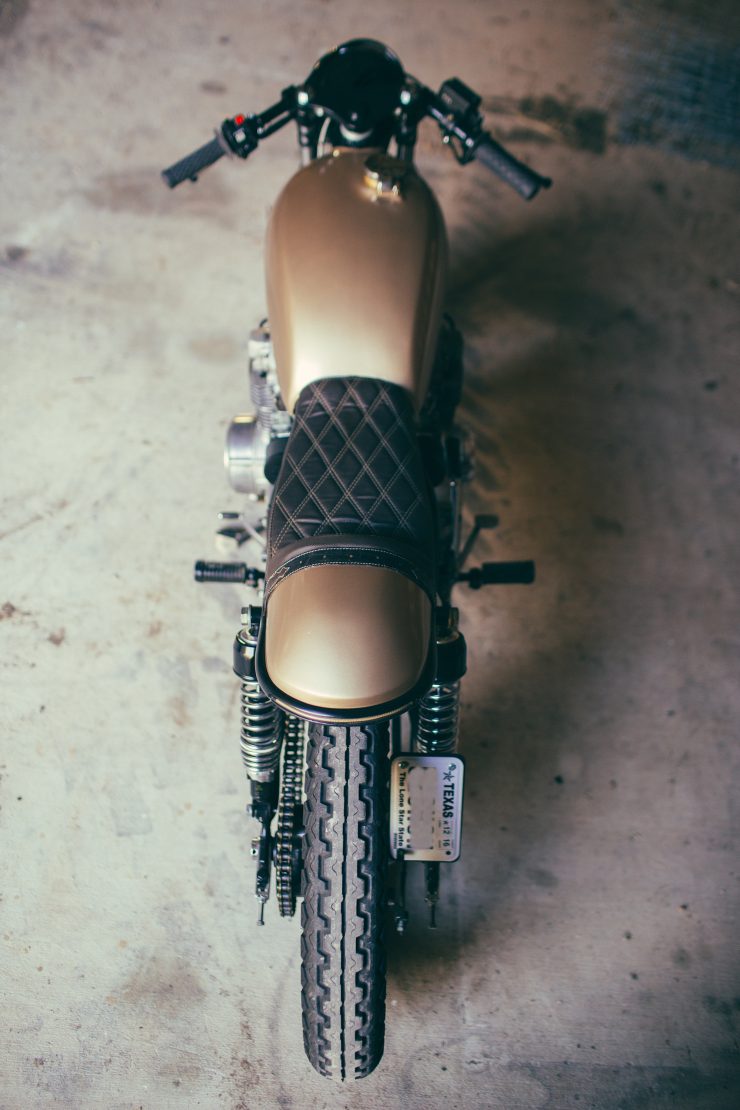 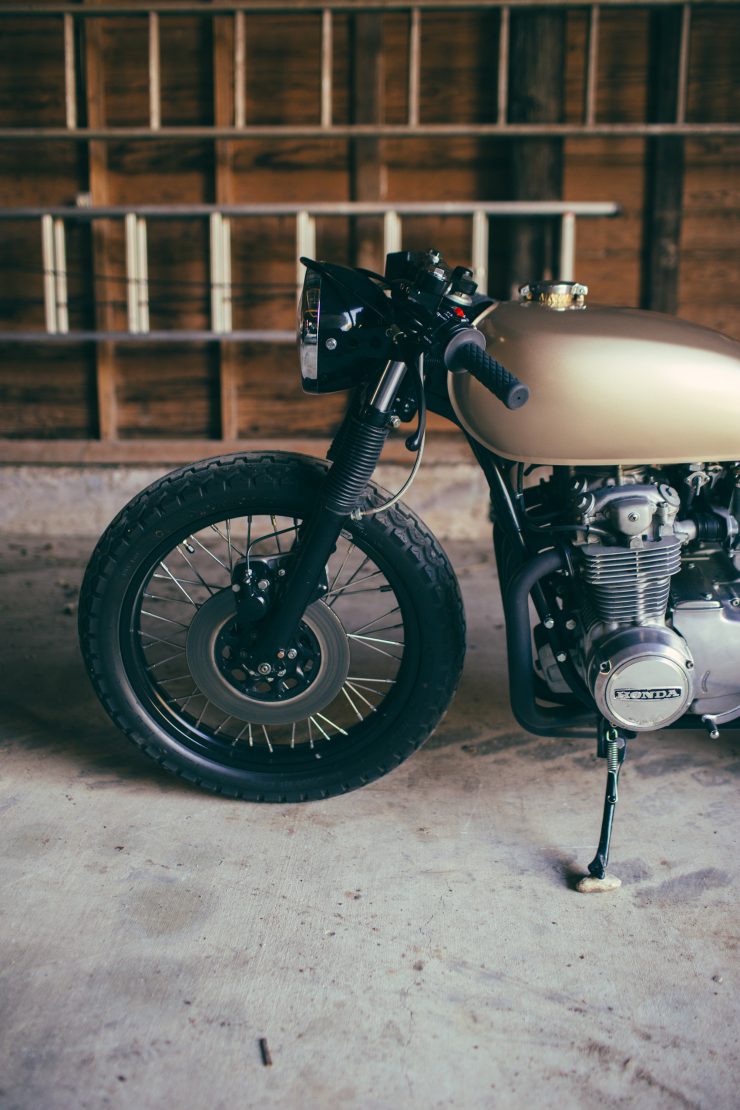 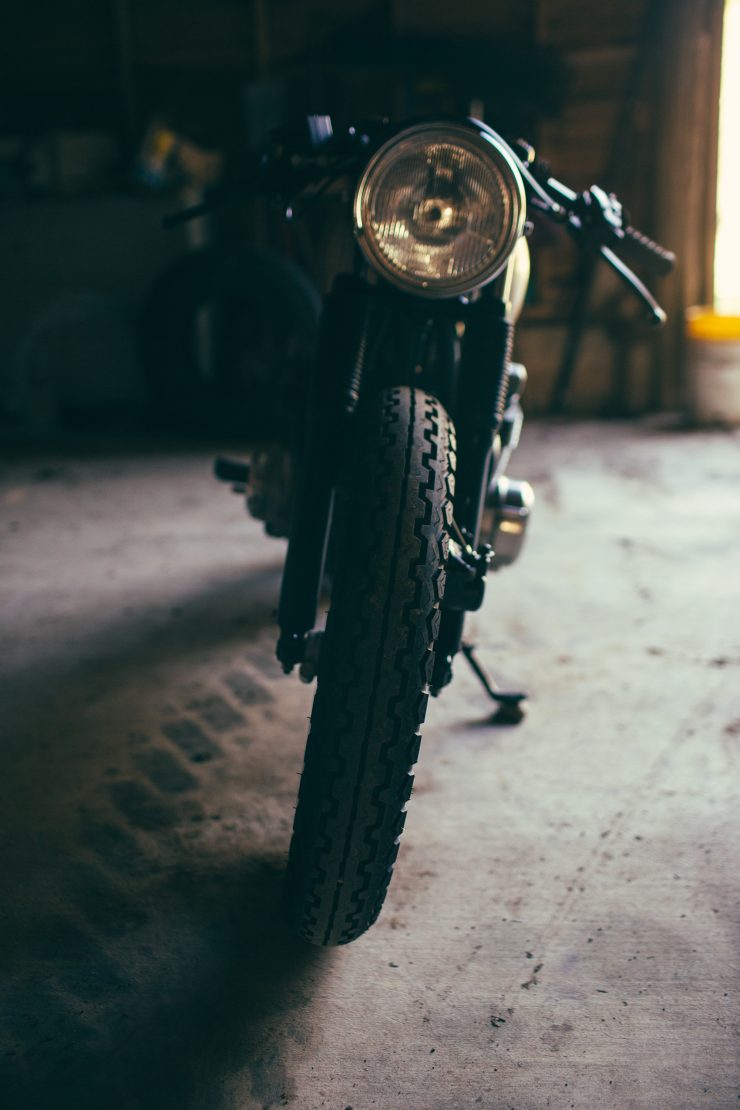 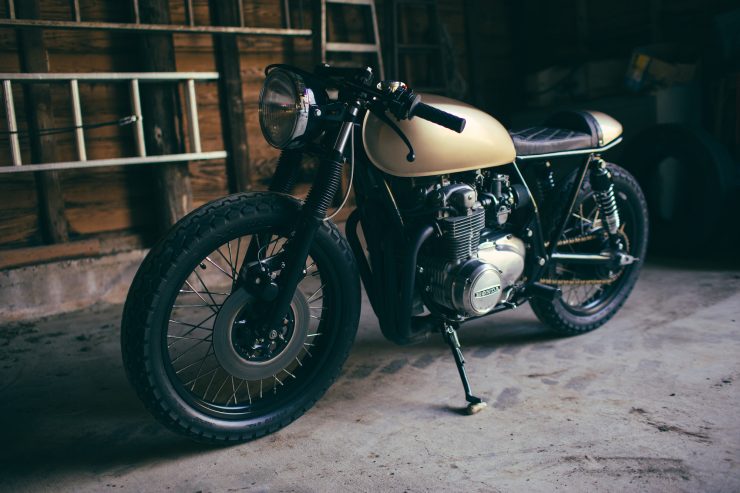 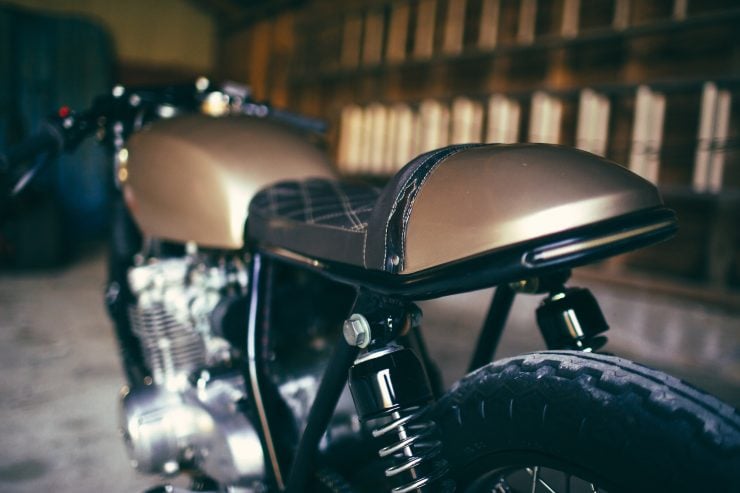 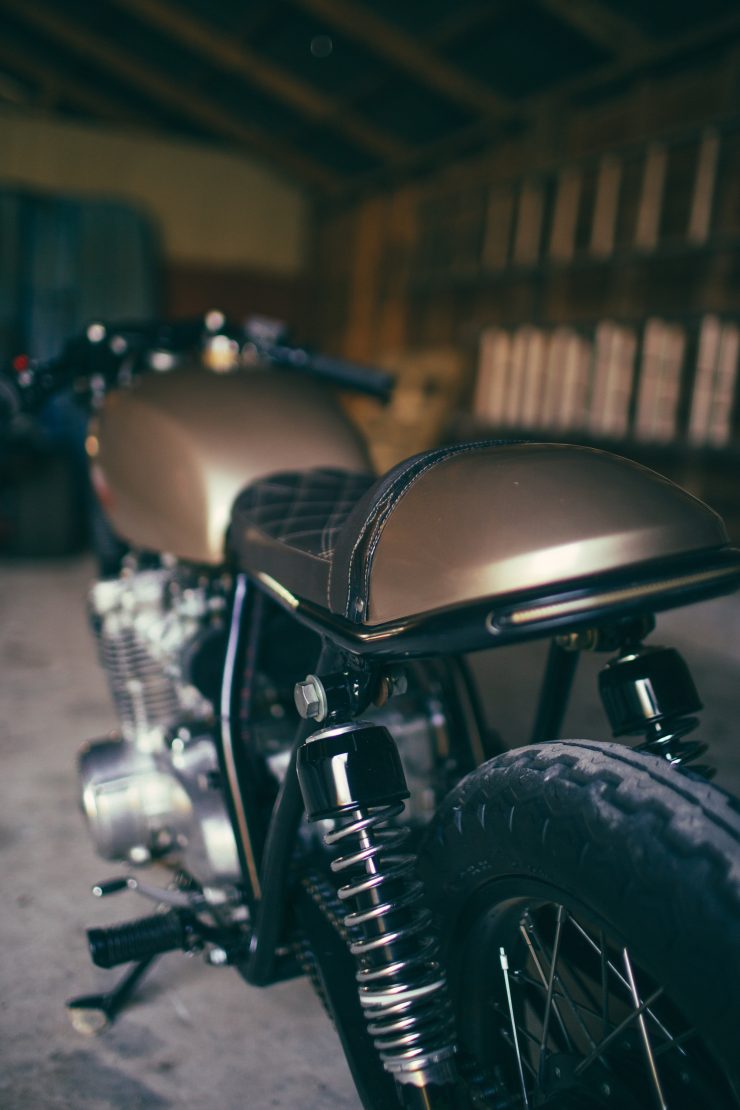 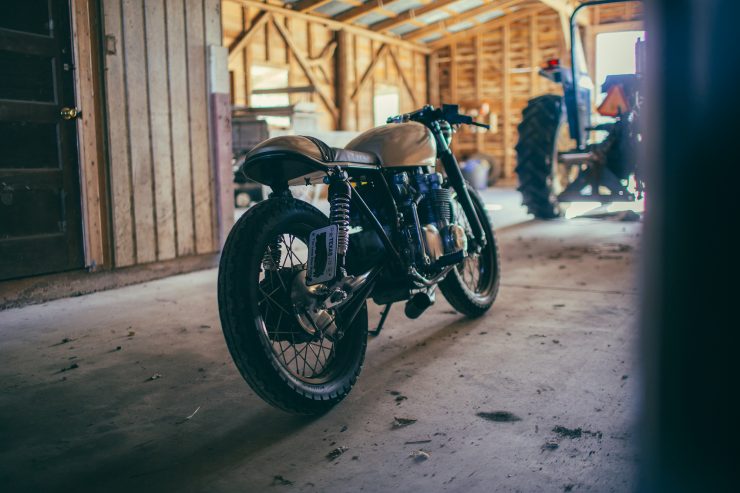 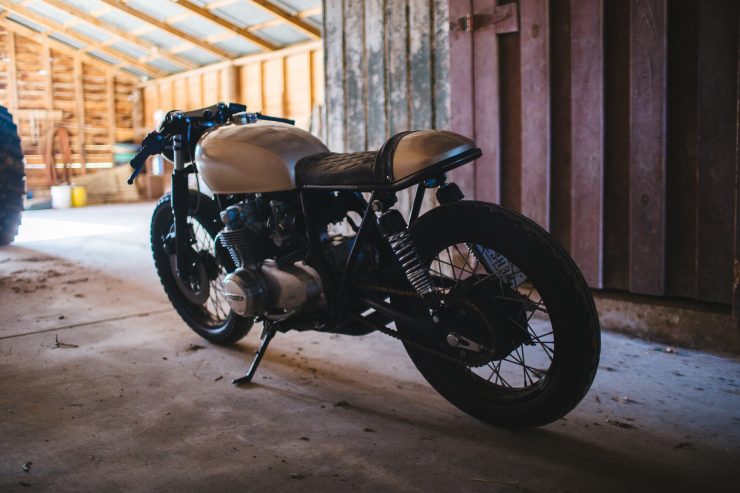 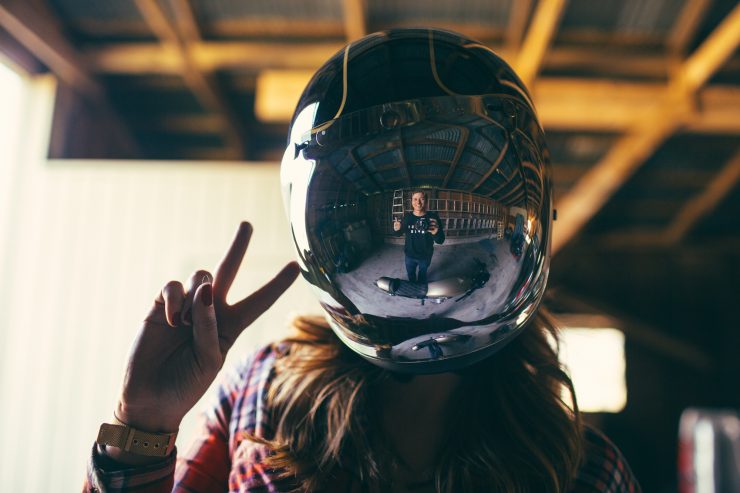 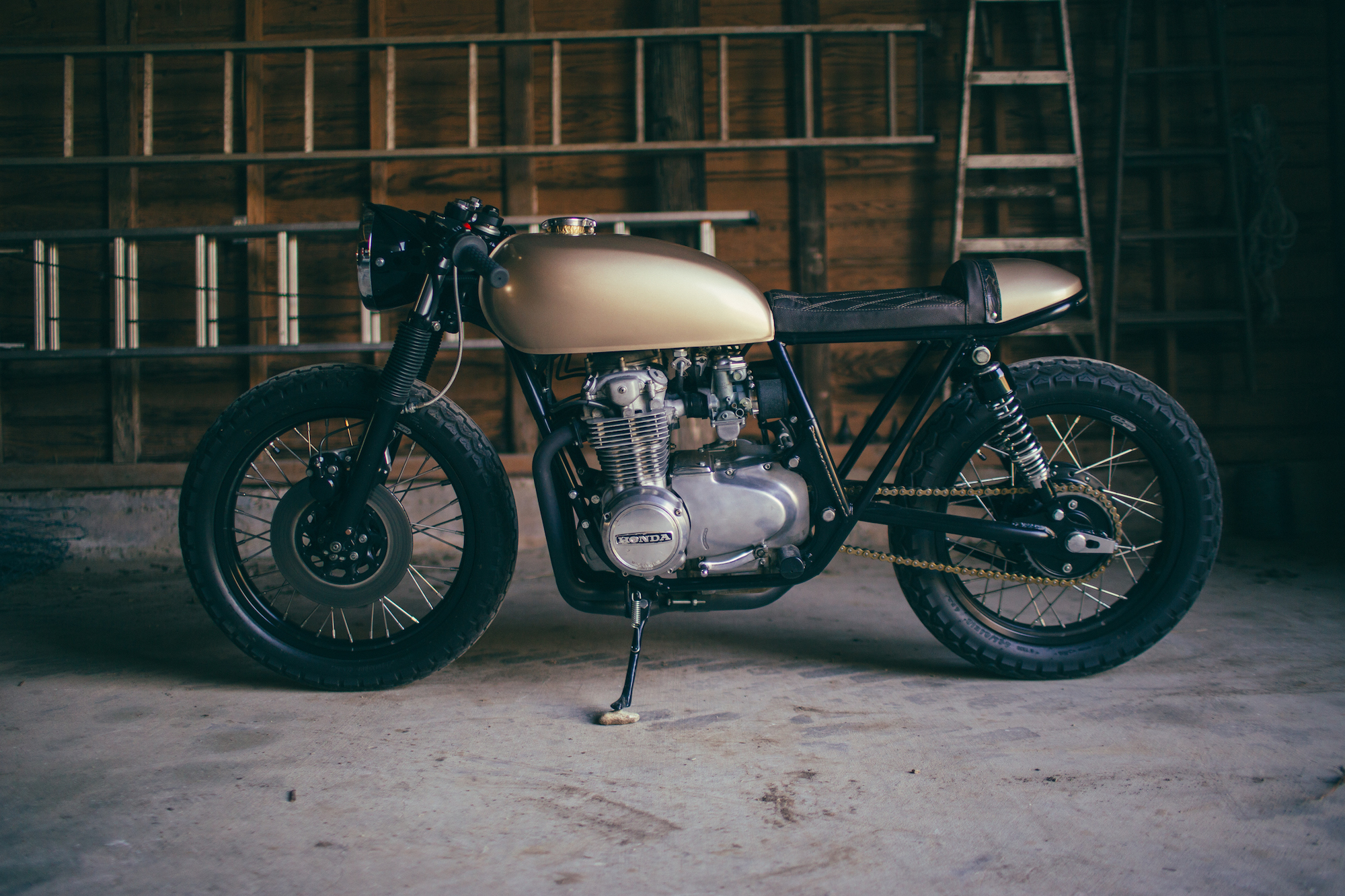