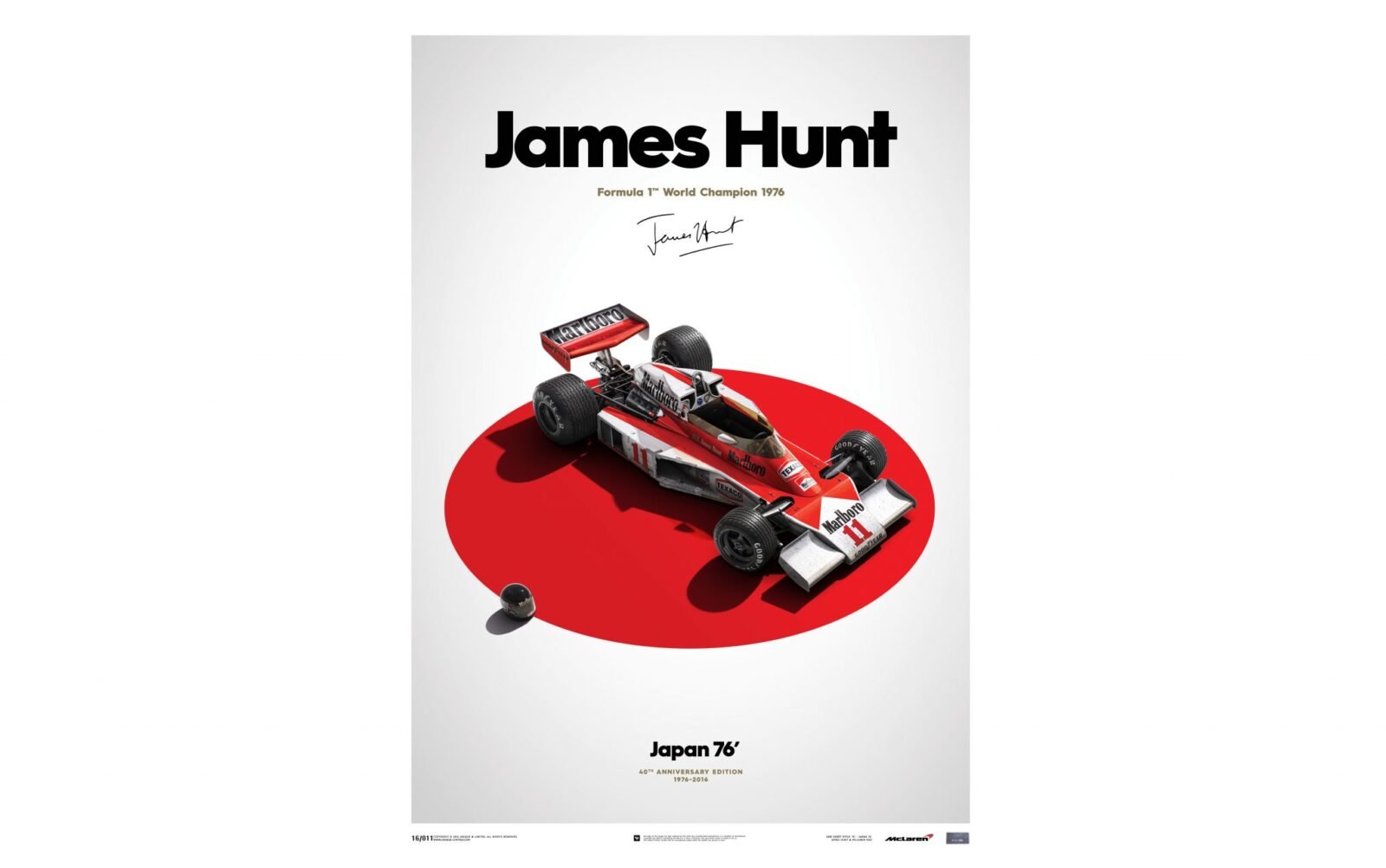 This series of four James Hunt posters were created by the team at Automobilist to celebrate the 40th anniversary of the British driver’s World Championship victory, piloting the McLaren M23.

The series of posters are limited to 1000 of each design, and they’re officially licensed by both McLaren Racing Limited and James Hunt Racing. 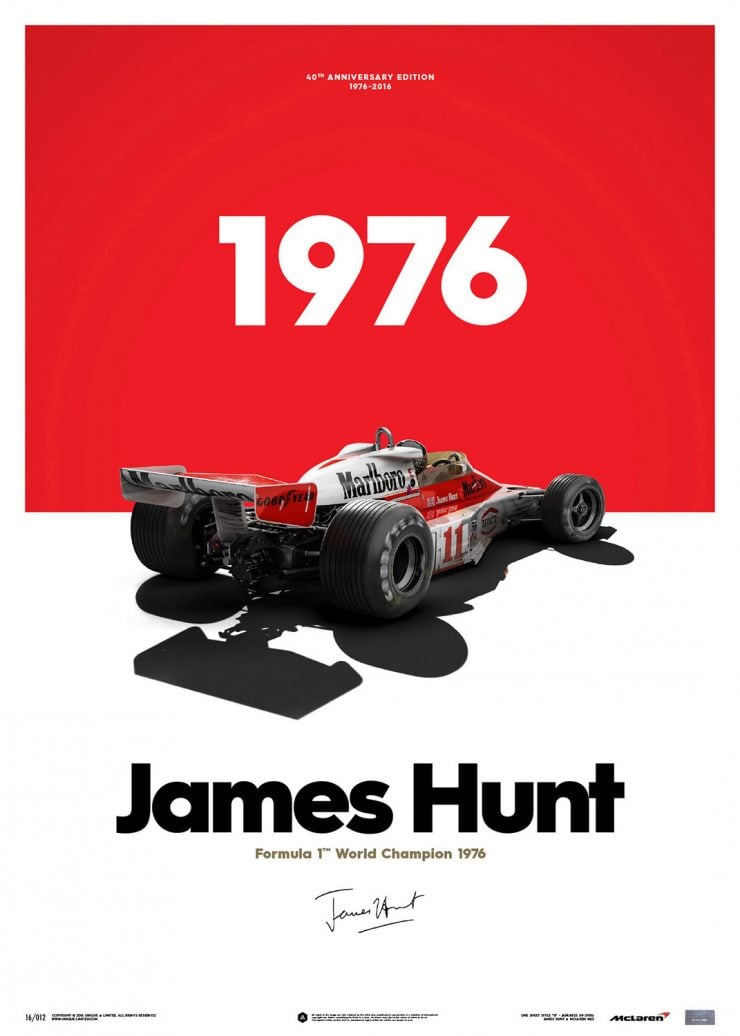 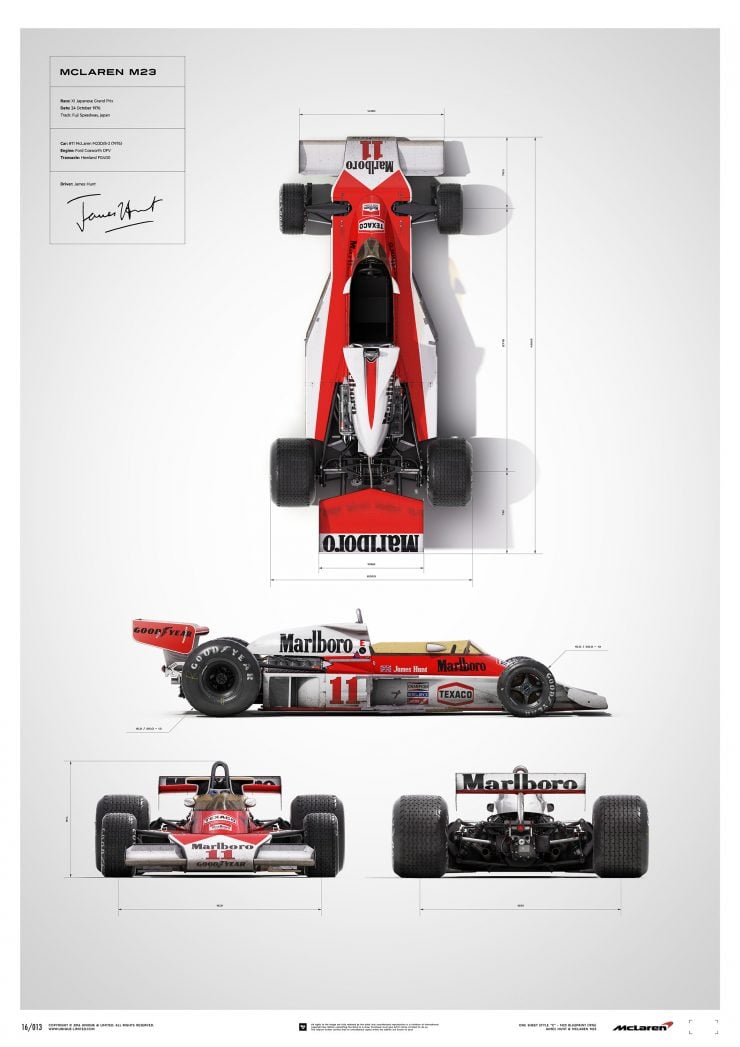 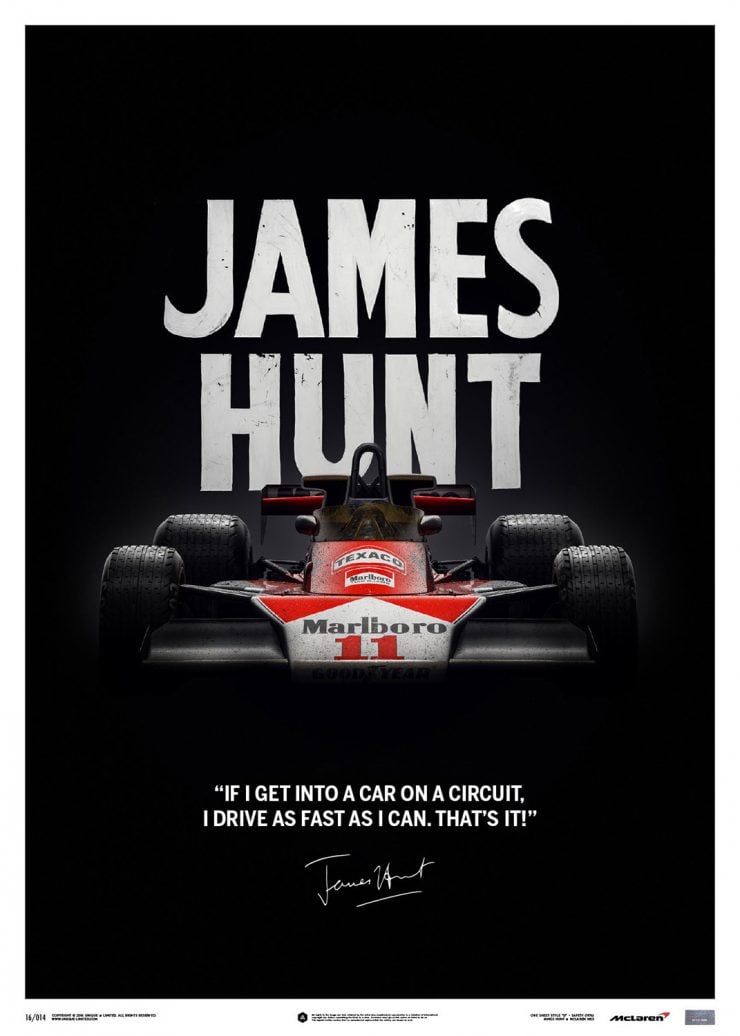 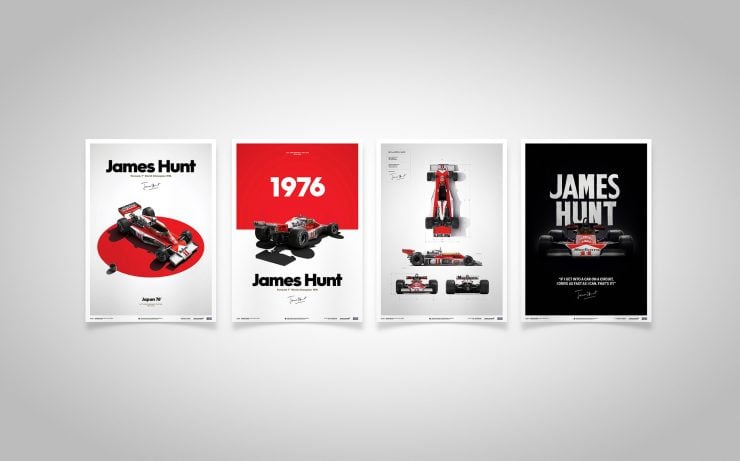 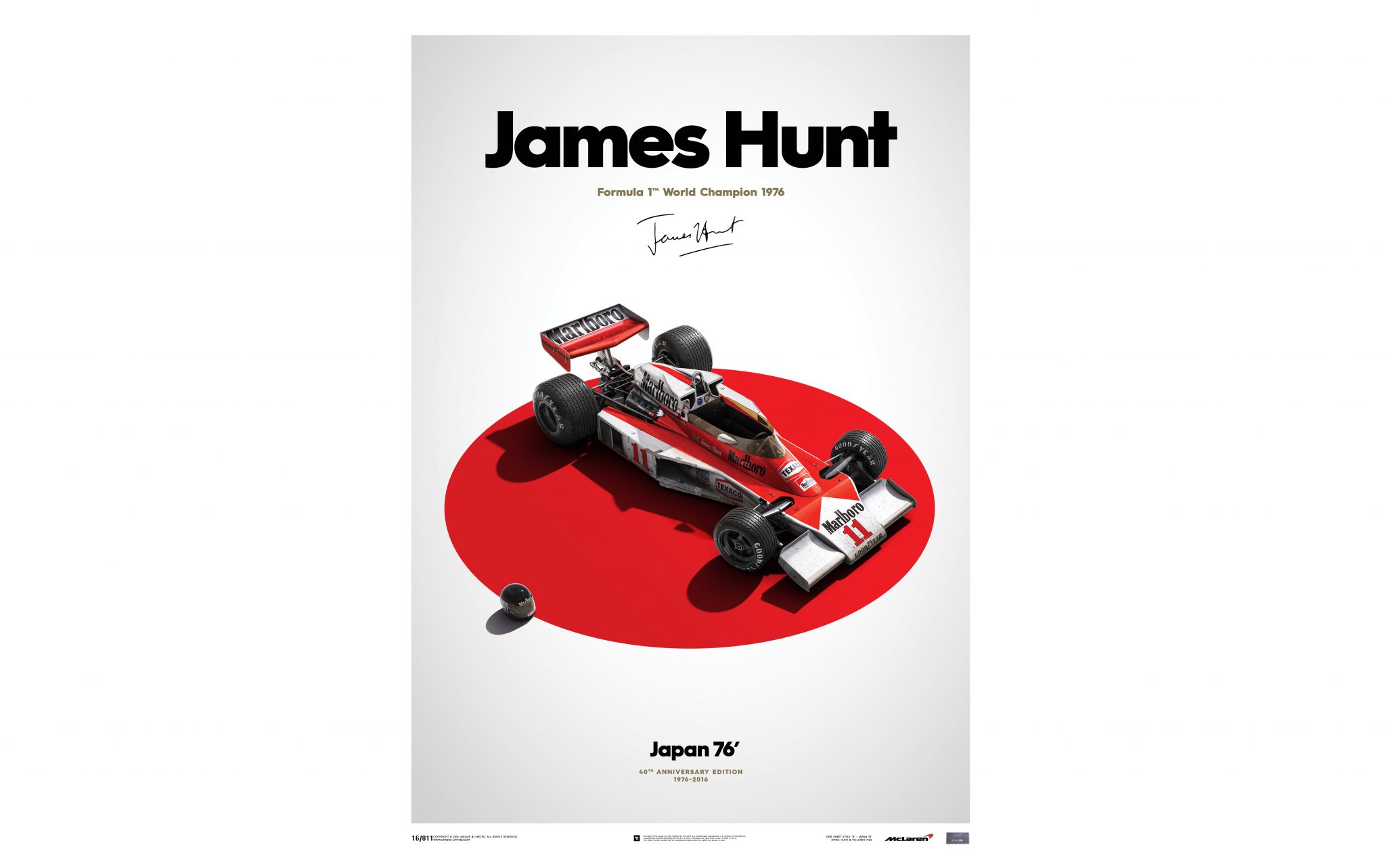