One Leap Ahead is a short film produced by Jaguar Motors Ltd in 1961 to highlight their advanced production line, it focusses on the assembly of the iconic Jaguar Mark 2 and it’s fascinating to see a full automotive factory operating without a robot in sight.

The Mark 2 with the 3.8 litre engine option was one of the quickest 4-door cars in the world when it was released. It quickly became a favourite of bank robbers due to its ability to fit five armed men and their bags of loot – and for its ability to outrun the police. 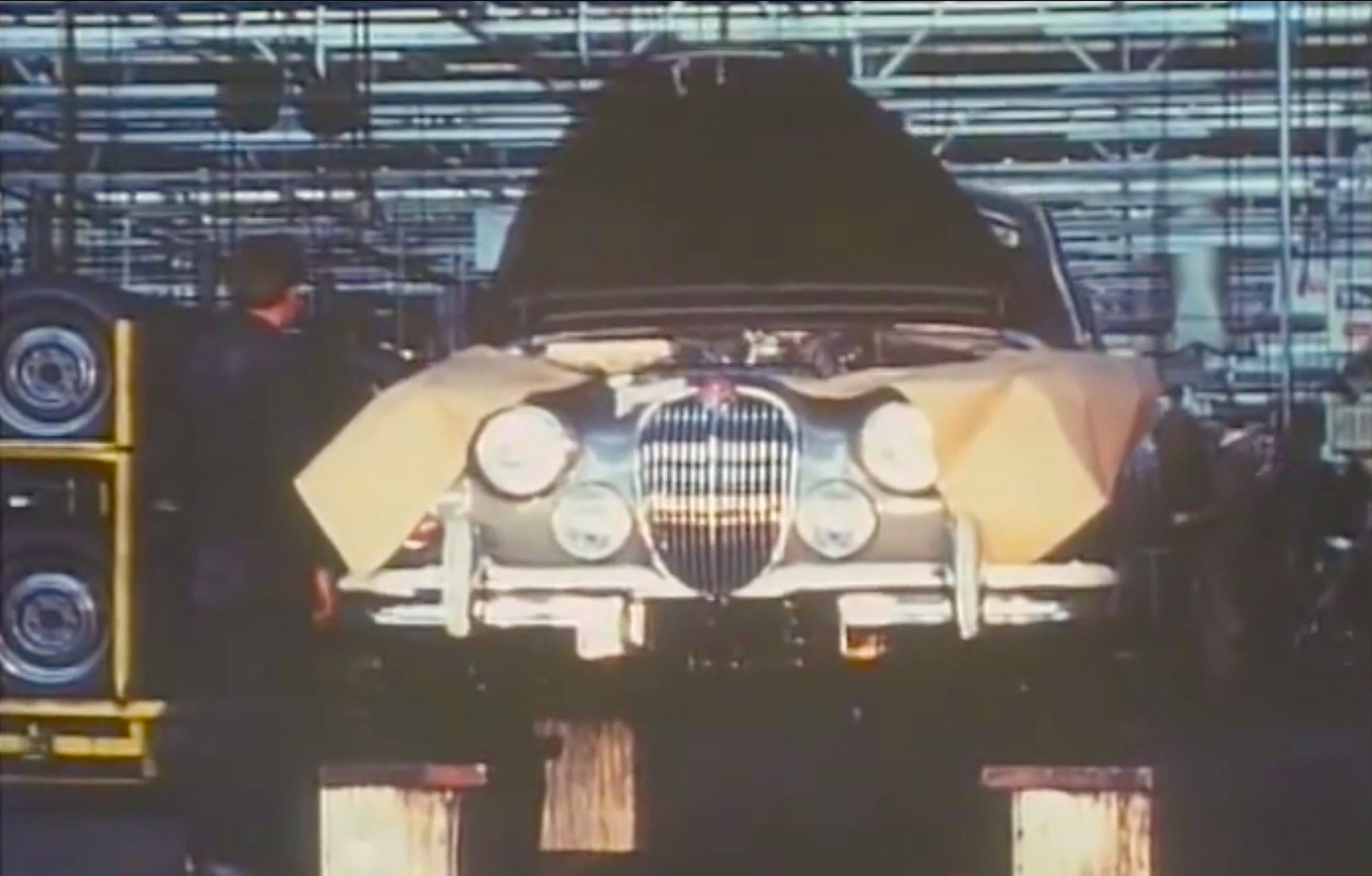