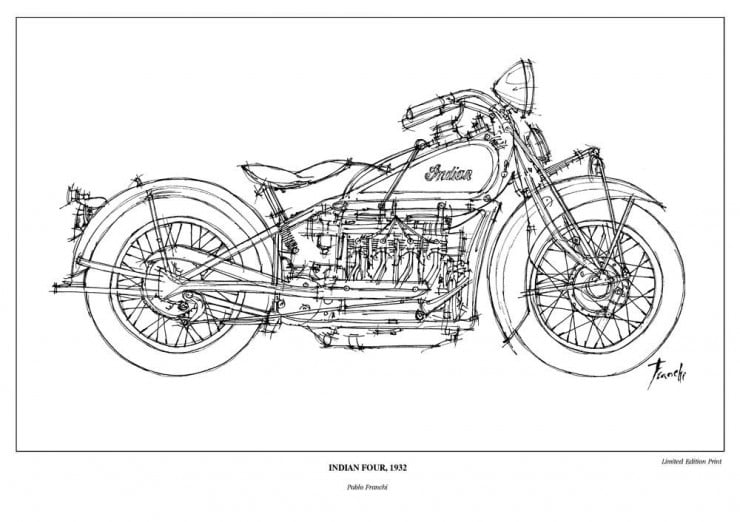 This minimalist, outline drawing of a classic Indian Four measures 8 x 11 inches and each one is signed and numbered by the artist. Only 50 units of this design will be produced, meaning it’s unlikely that you’ll see one on the wall at your local Starbucks.

If you need to dress up your man-cave, garage or shed this is an excellent piece and a wonderful conversation starter for those with similar interests. 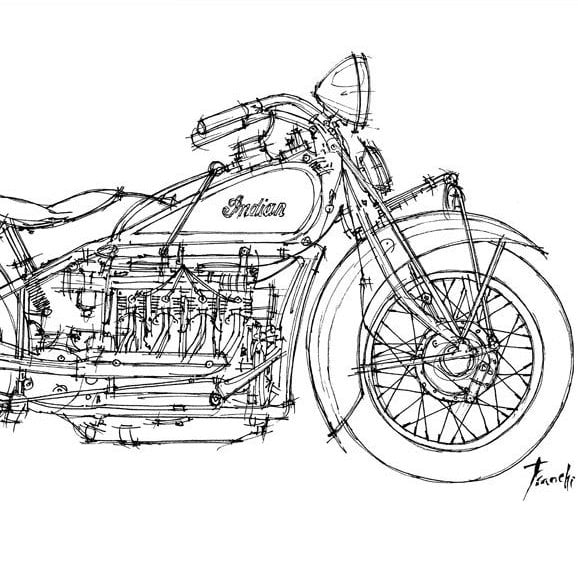 This is an edited extract from This Way To The Revolution, a book by Ian Francis about Birmingham in the late 60s. Available via…