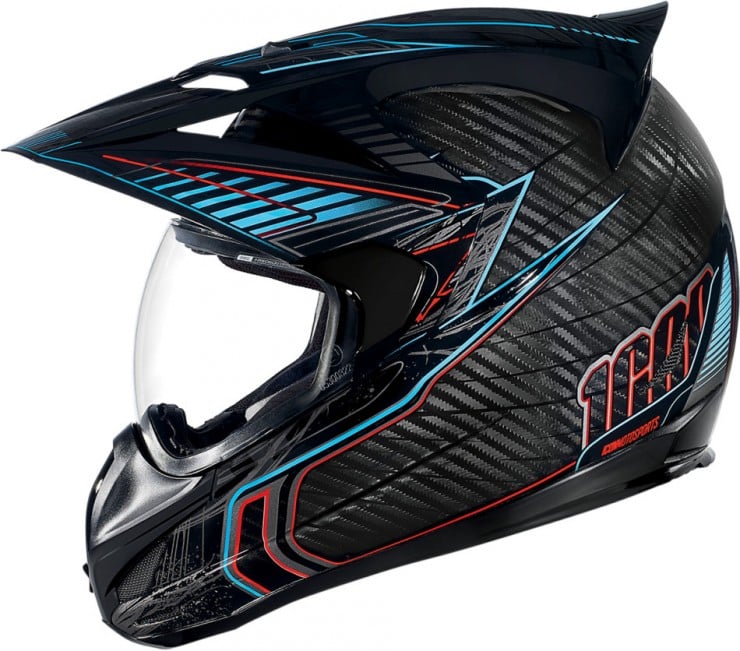 The Icon Variant Carbon Cyclic Helmet is one of the few modern helmet designs that I really like, it has an almost retro science fiction look about it, like the sort of helmet that would be worn by a character in a novel by William Gibson.

The large viewport is a significant benefit for those who ride in chaotic or urban environments and the shell is made from Dyneema, fiberglass and carbon fibre, making it one of the toughest in the industry.

As with all Icon helmets, the Variant Carbon Cyclic meets or exceeds all major world standards, including the DOT (USA), ECE 22-05 (Europe), SAI AS1698 (Australia) and SG (Japan). 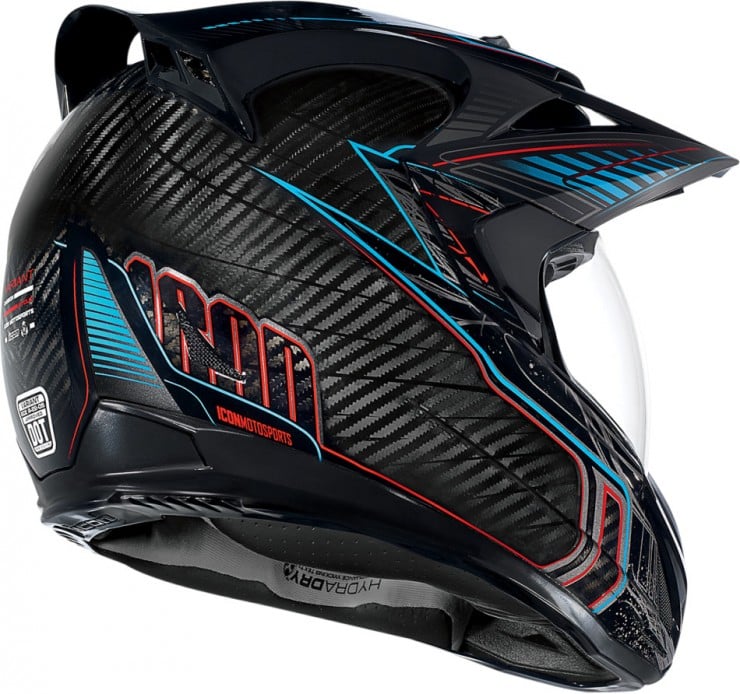 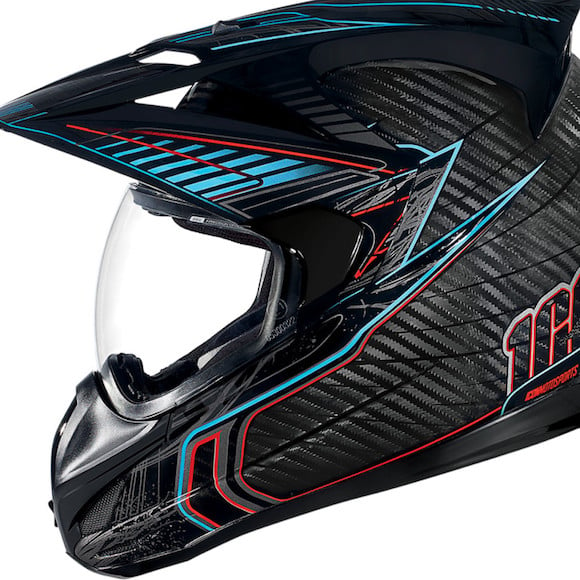