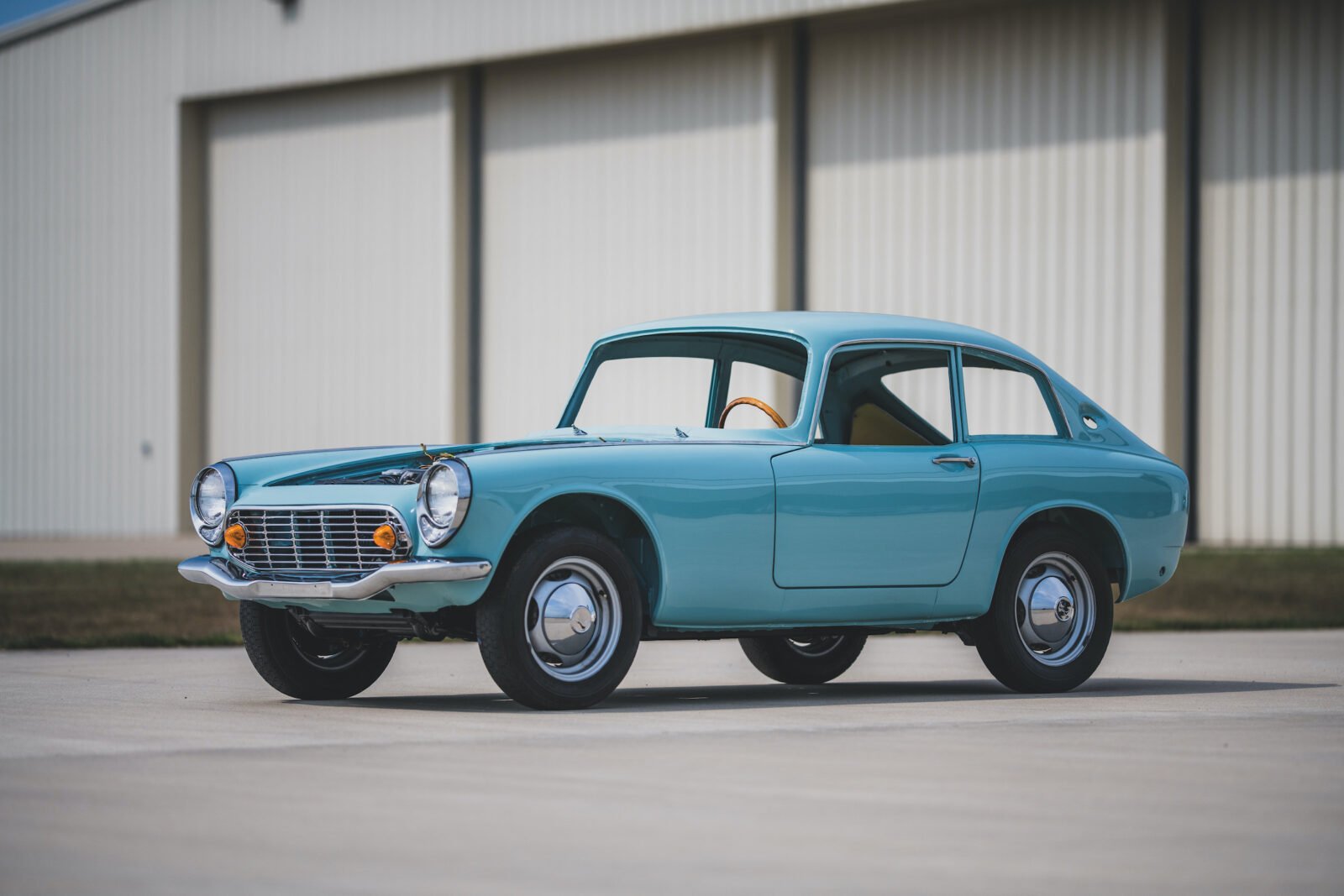 This 1966 Honda S600 project car is a matching numbers example and a perfect candidate for restoration. Interest in early Japanese sports cars has been skyrocketing in recent years as people begin to realise the value of rare and interesting vintage vehicles from the Far East, a region often overlooked by collectors.

The Honda S600 is a direct godfather of the far more modern Honda S2000, the family of “S” Honda sports cars started with the S500 in 1963 but this was only produced for a very short time before the Honda S600 was introduced. The reason for the short model life of the S500 was the concern that it may not have been powerful enough with its 531cc engine, and so Honda developed the S600 with its 606cc unit that was very closely related.

In the early 1960s Honda was known as a motorcycle maker and in 1964 they entered a team into the Formula World Championship to boost the company’s profile around the world. As they would be building Grand Prix cars it seemed sensible to also build sports cars that the general public could buy, and this seems to be why the sports cars appeared around the same time as the new F1 team. 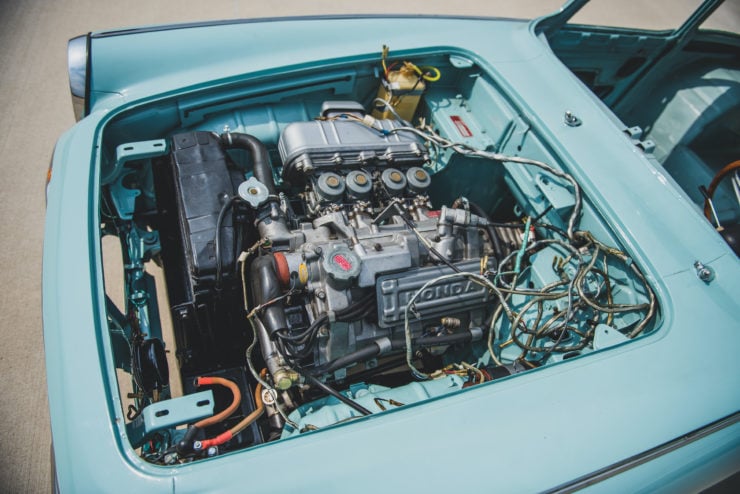 The Honda S600 was largely the same as the outgoing S500 bar the engine size change. Both cars feature an elegant steel body that was influenced by the period roadster designs coming out of Britain and Italy. Honda already had decades of design experience developing engines for motorcycles and much of this would be used to create the liquid cooled, double overhead cam, inline-4 cylinder engine with four Keihin carburettors.

Although small, the 606cc engine is highly capable. It produces 57 hp at 8,500 rpm and it’s able to propel the 715 kg (1,576 lb) car to a top speed of 90 mph (140 km/h). The Honda S600 wasn’t a large car by any standard, it’s probably best compared to vehicles like the Austin-Healey Sprite and MG Midget in scale and it closely matched the weight, engine performance, and top speed of the two (very closely related) British roadsters.

Unusually the S600 used a chain final drive to the rear wheels, this is almost certainly because of Honda’s background as a motorcycle manufacturer. Suspension was independent all around and period reviews were largely positive regarding the handling and performance of the model when compared to its European competition. 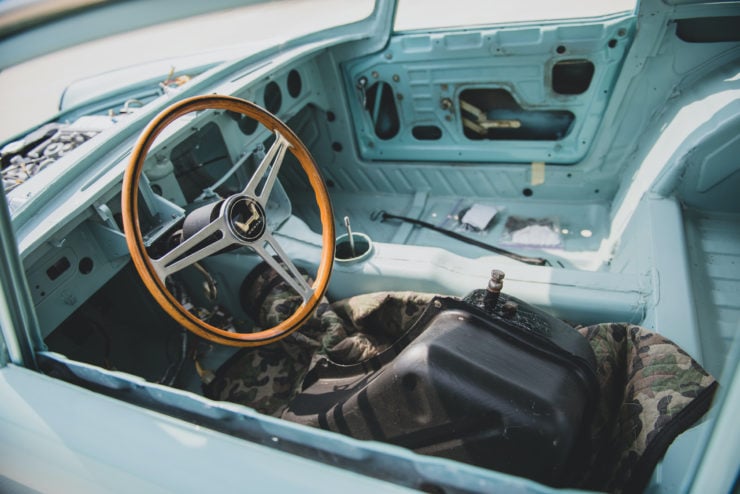 Honda released both a convertible and a hardtop coupe version of the S600 with the hardtop being produced in far lower numbers than the soft top, by the time production ended in 1966 after a three year run 11,284 convertibles had been built versus 1,800 tin-top coupes.

Surviving examples of the S600 coupe are now highly sought after, particularly original cars with matching numbers. Importantly this car still has its Honda badged wood-rimed steering wheel and much of its interior trim.

With all the major parts in place the car is an excellent candidate for restoration, if you’d like to read more about it or register to bid you can click here to visit the listing on RM Sotheby’s. 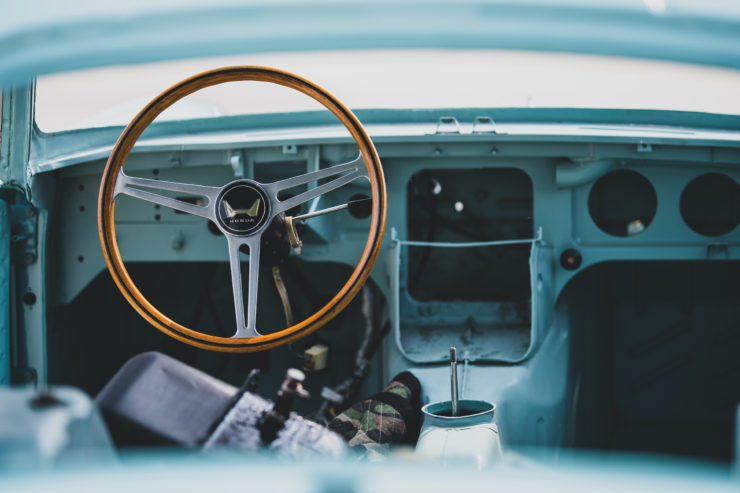 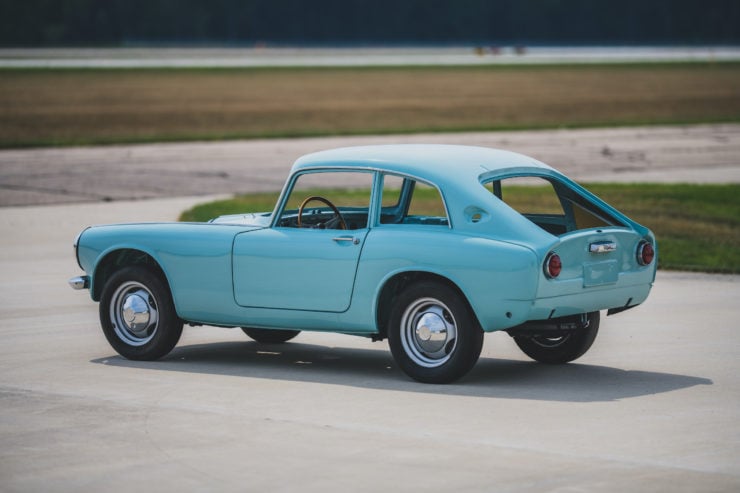 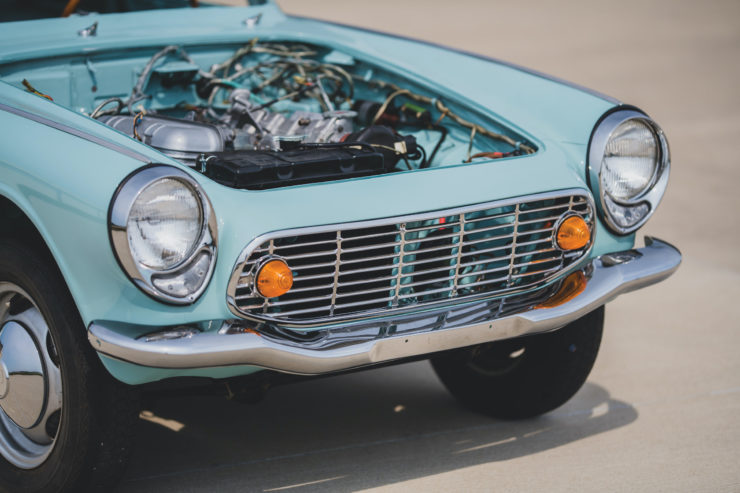 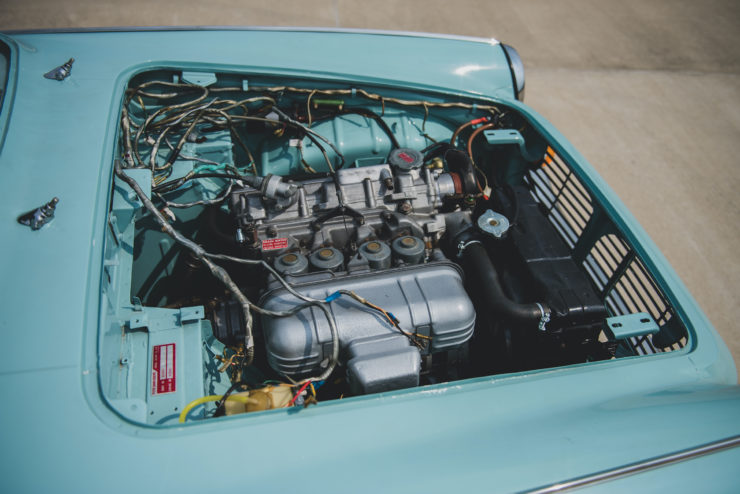 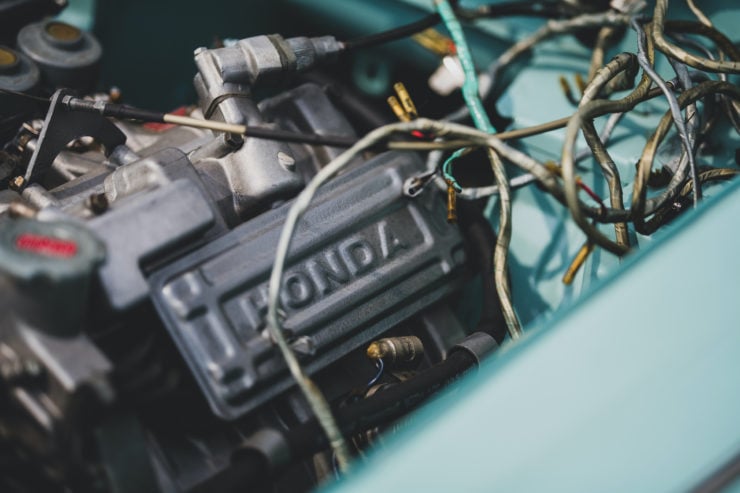 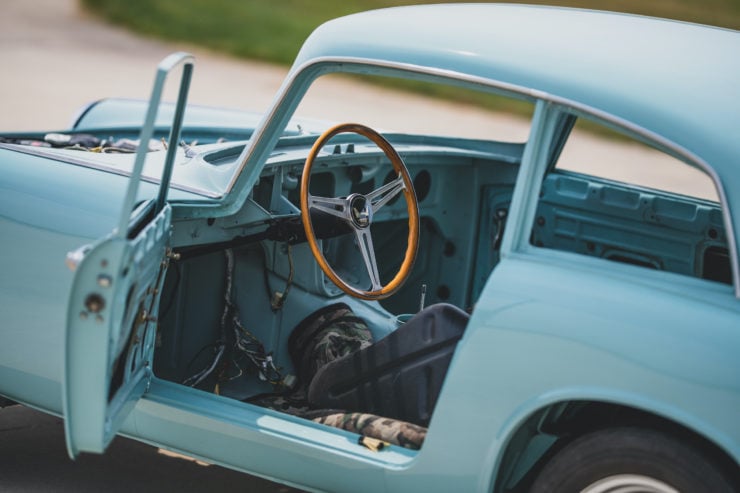 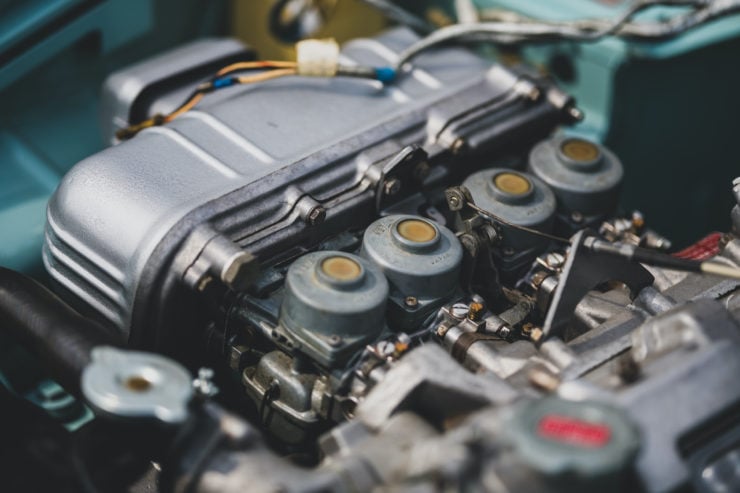 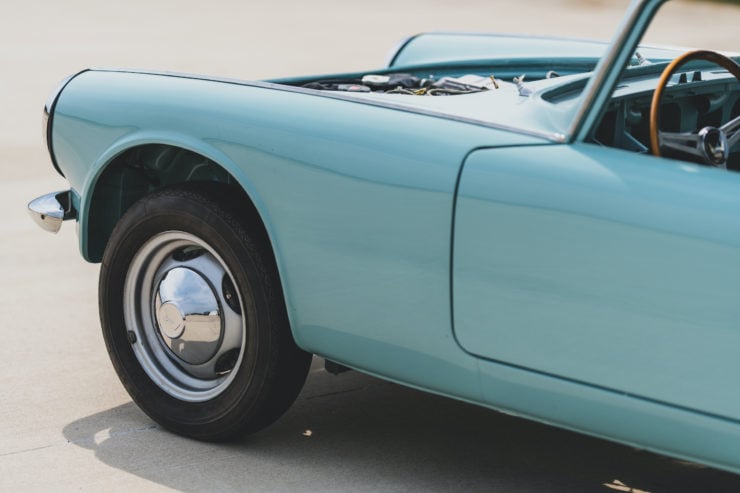 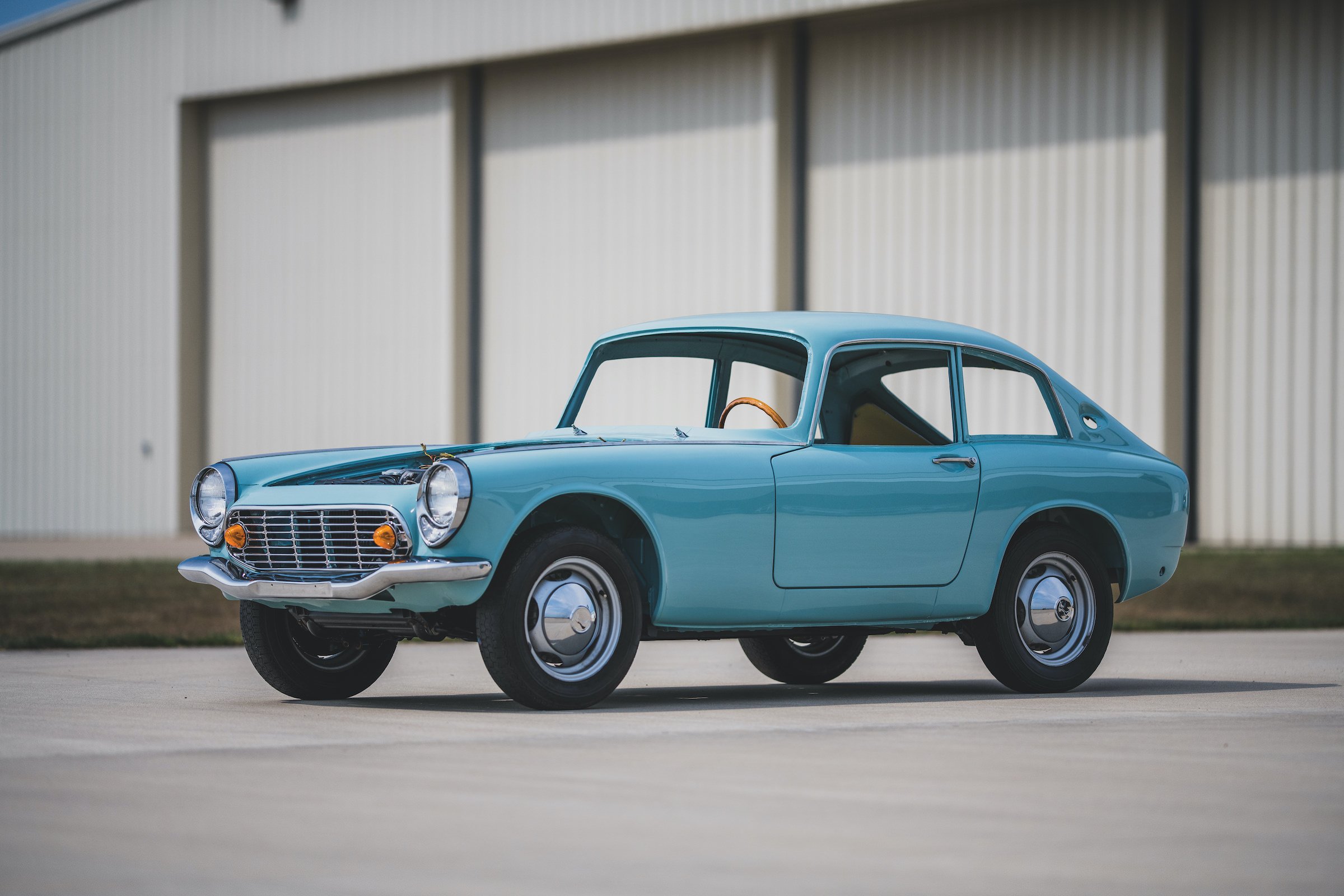