The Honda GB400 TT was released along with the GB500 and GB250, all single-cylinder cafe racer-style motorcycles that were strongly influenced by classic British Isle of Man TT racers of the 1950s and 1960s.

The GB400 TT you see here has been significantly modified from new, it now has a new fairing and a slew of new parts to further evoke race bikes from the golden age – it was built in Sydney and this is where it’s now being sold out of.

Though we will probably never know for sure, it’s possible that the Honda GB series of motorcycles was directly inspired by the earlier Yamaha SR series. Both the Yamaha SR and Honda GB motorcycles were powered by singe-cylinder engines sourced from dirt bikes, both were based on classic British designs, and both were released within a few years of one another. 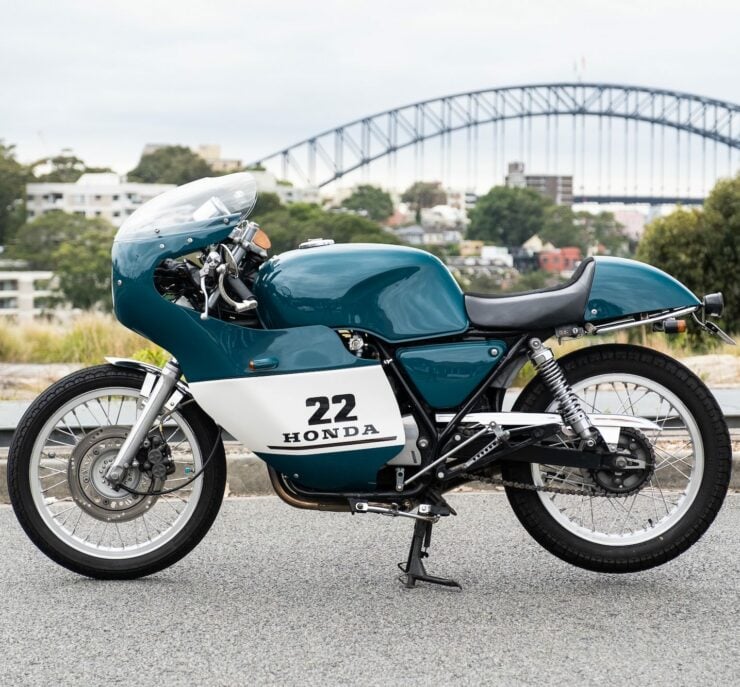 This Honda GB400 TT keeps the fuel tank and side cover of the original bike but now has a new full fairing and a rear seat cowl combined with clip-on handlebars and rear sets to complete the retro racer look.

Regardless of the inspiration the GB series proved popular in Japan in its own right, the combination of golden age styling and modern reliability was an early example of the modern classic motorcycles that now make up a large part of global annual motorcycle sales.

Honda released the GB400 TT and GB500 TT in 1985. Both bikes used many of the same parts with the main difference being the displacement of the engine.

The engine is a single-cylinder unit from the Honda XL600, it has a single overhead cam and four valves, using RFVC technology. It has a built0in 5-speed transmission and the GB400 TT makes approximately 34 bhp at 7,500 rpm.

This obviously isn’t a huge amount of power but it’s not far off the output of the motorcycles the design is based on, including the Velocette Venom, the Norton Manx, and the BSA Gold Star. 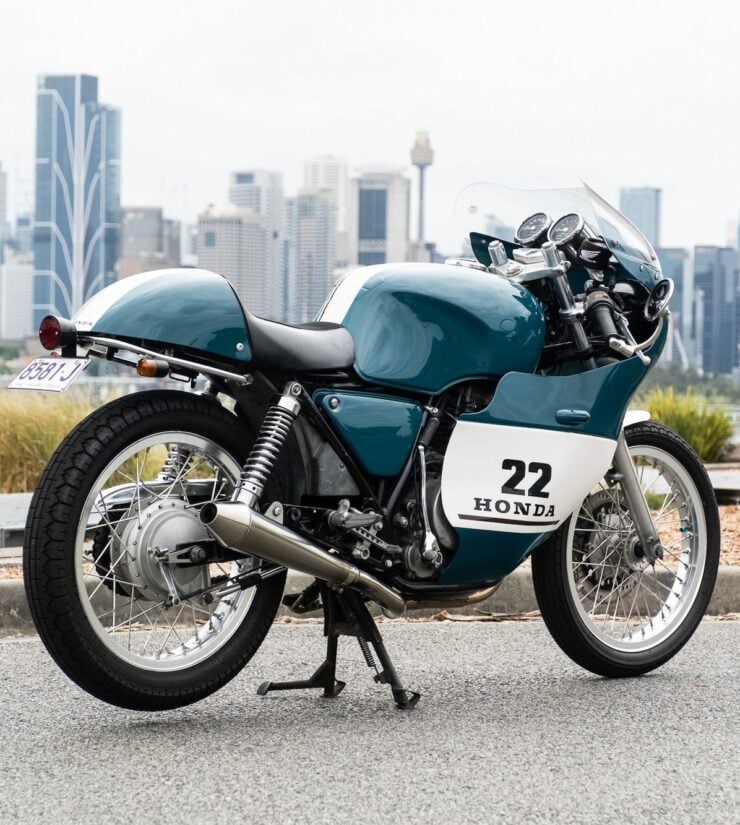 The beautifully executed paintwork was done by the talented Sam Muldoon of Colourfuel in Sydney.

Later in the production run the Honda GB250 TT was released, a 250cc version that has the questionable distinction of being the first motorcycle owned by a guy called Ben Branch who runs a website called Silodrome.

The Honda GB400 TT you see here has been fairly significantly modified and from new, it was bought by Sydneysider Sam Troy as his first motorcycle – largely because he was looking for a Honda CB400/4 like the one his father had but quickly realized they were now far too expensive.

When Sam got the bike home he began the process of fixing it up, it was in relatively poor condition after some years of neglect but he was determined to set it right.

The engine needed quite a bit of work including a top end rebuild – Sam felt that this was above his skill level at the time so he had the work done by Trev at Surfside Motorcycle Garage. 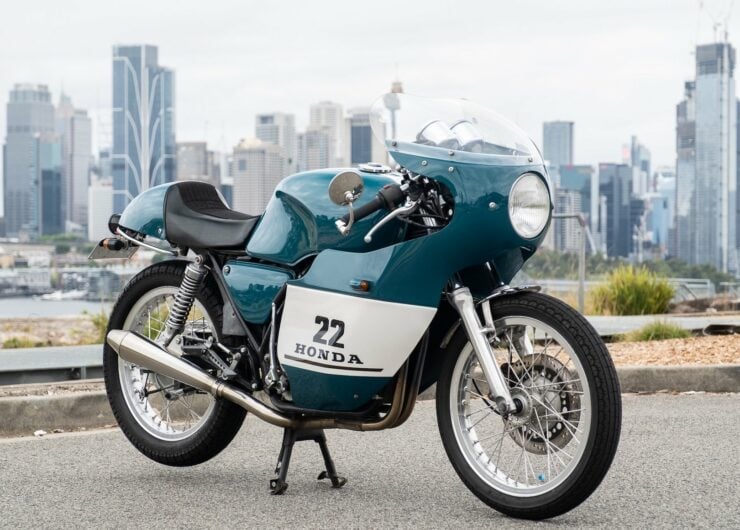 Once the major issues had been sorted, with the additional help of Jason and the team at Gasoline Motor Co. it was time for the attention to turn to the aesthetics.

The most notable change was the addition of a full fairing, Sam spent considerable time getting it fitted correctly to the bike before sending it off to Sam at Colourfuel to make the new livery a reality.

Once the bike was completed it was featured on Return of the Cafe Racers, and it enjoyed plenty of time on the city streets and B roads of New South Wales.

It’s now being offered for sale on Collecting Cars out of Sydney, Australia and you can visit the listing here if you’d like to read more about it or register to bid. 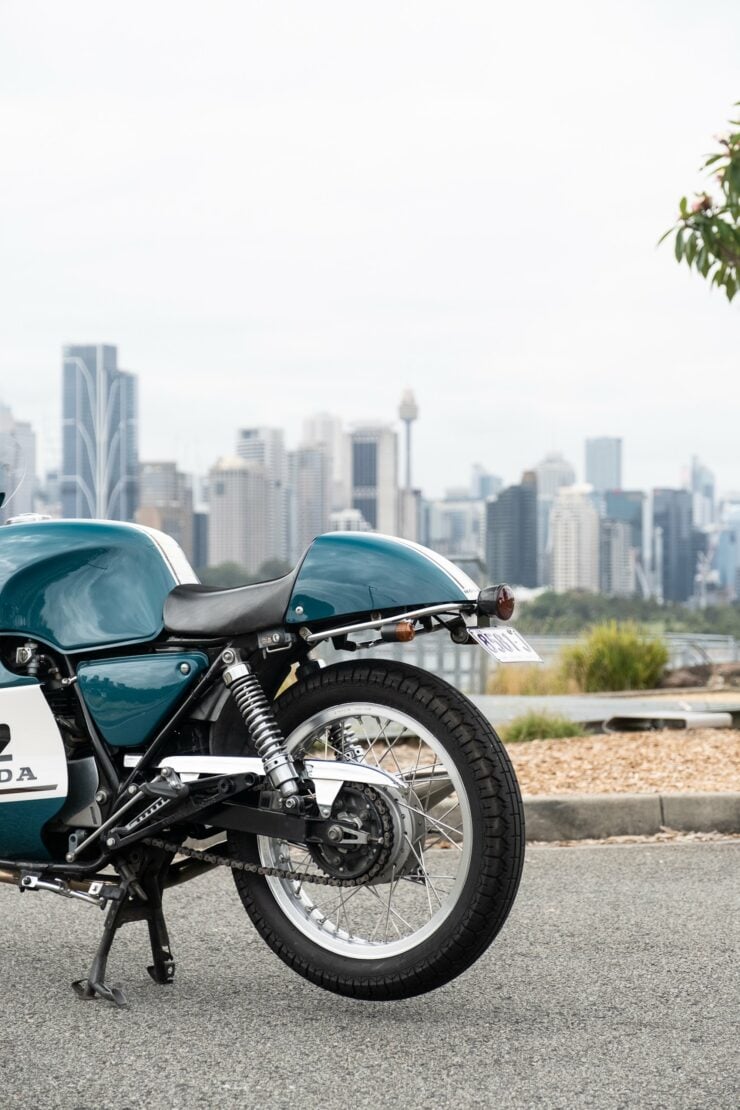 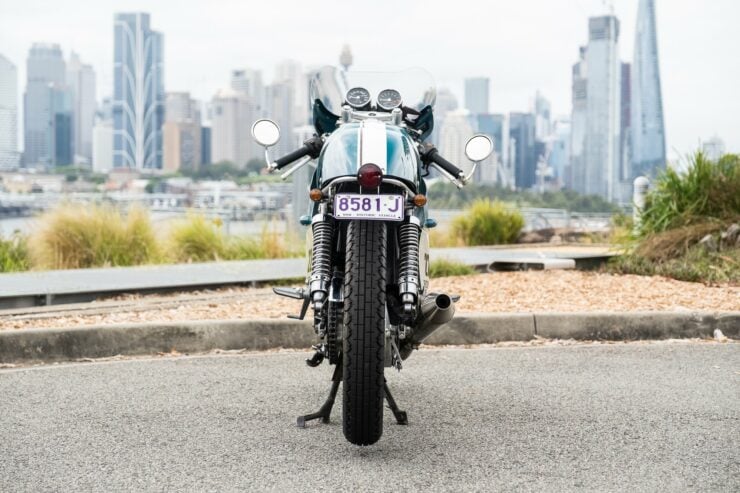 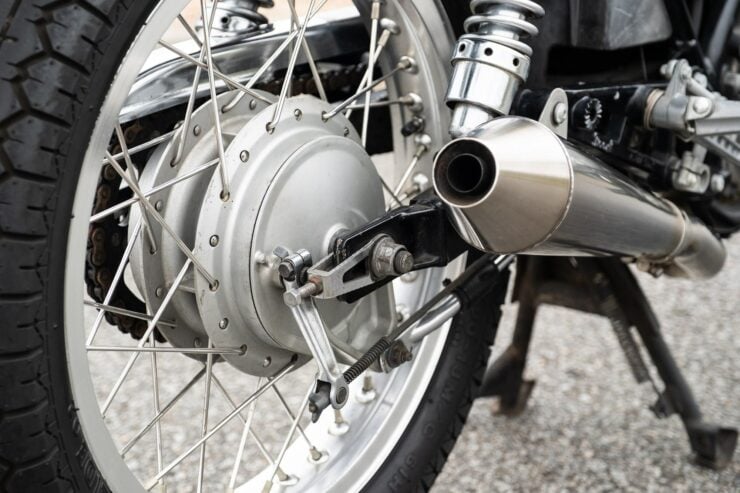 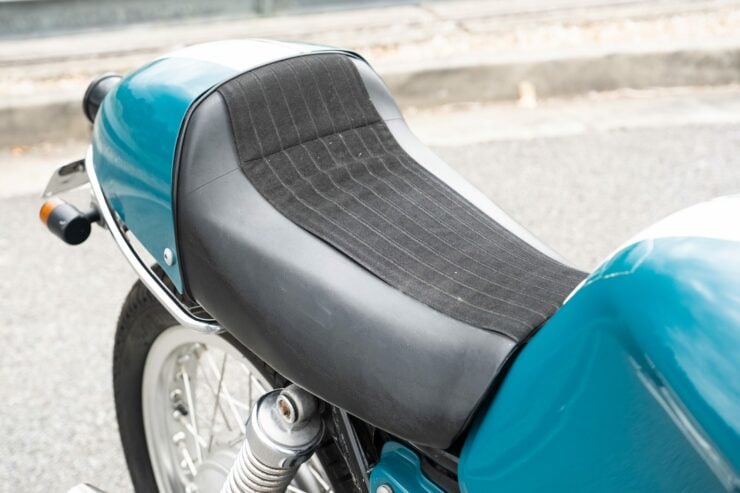 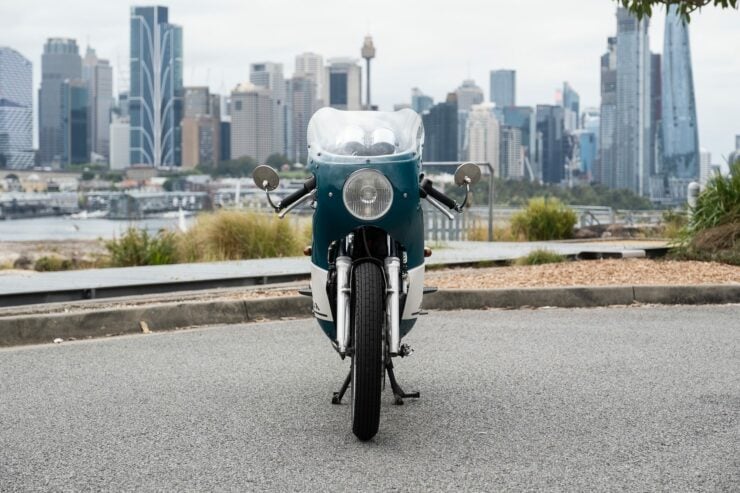 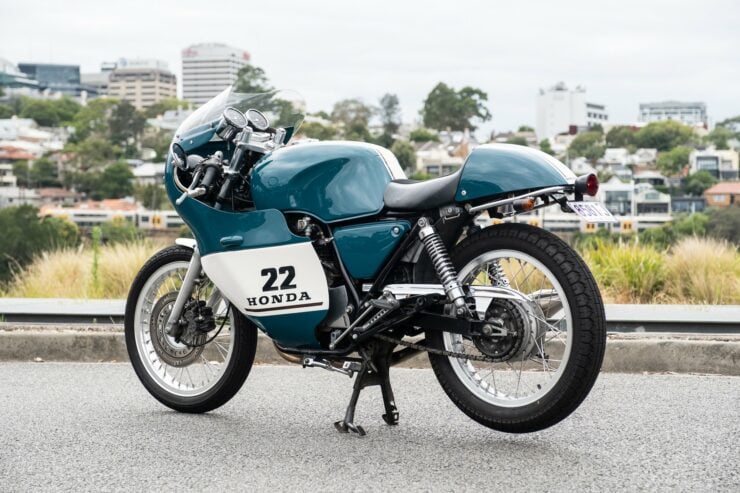 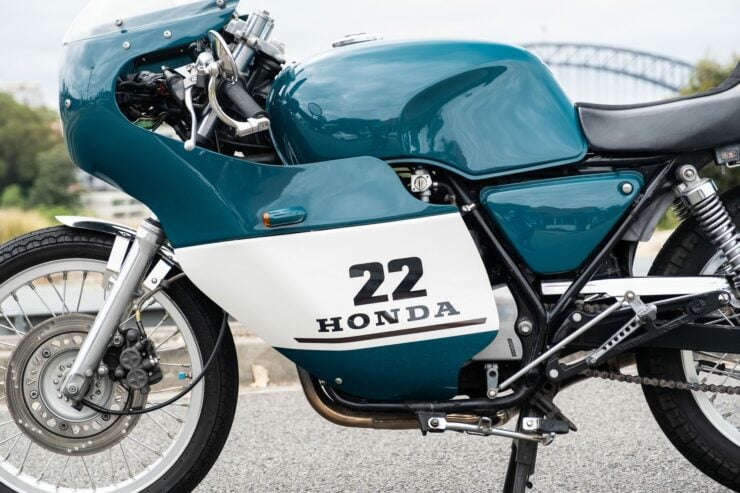 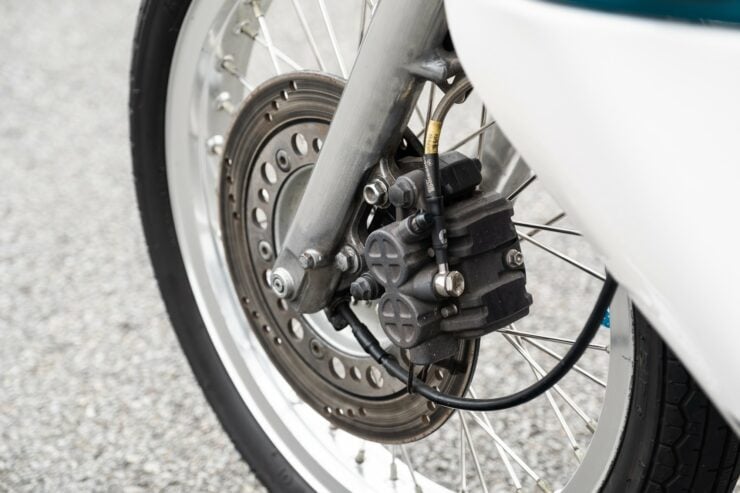 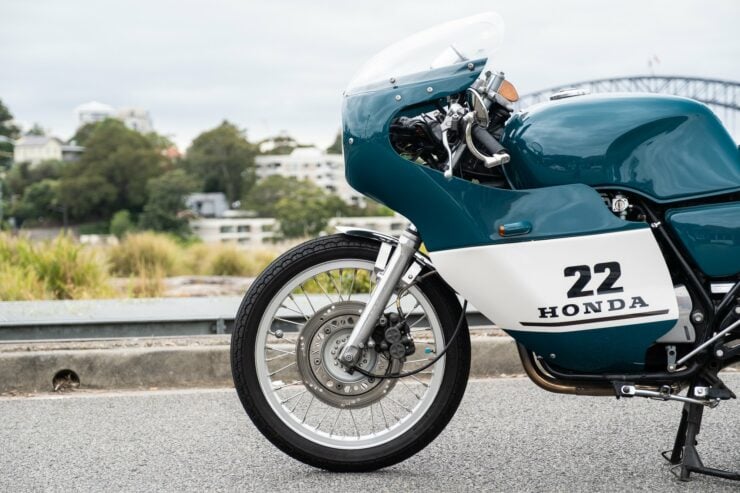 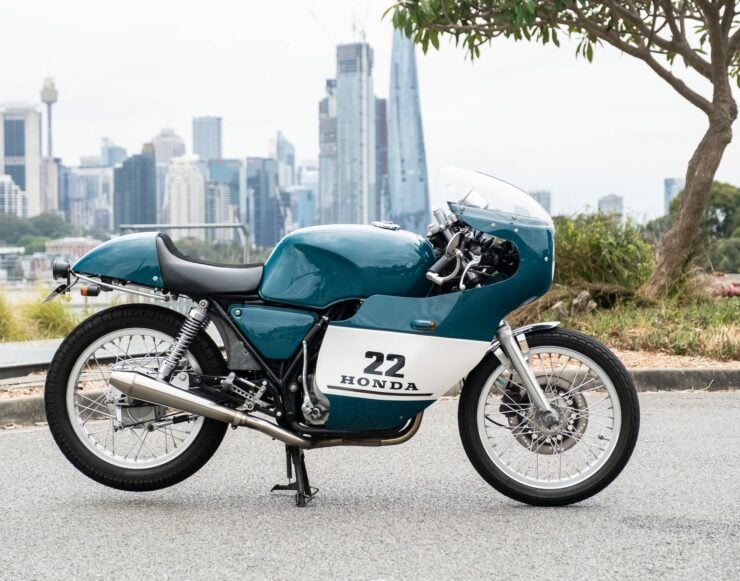 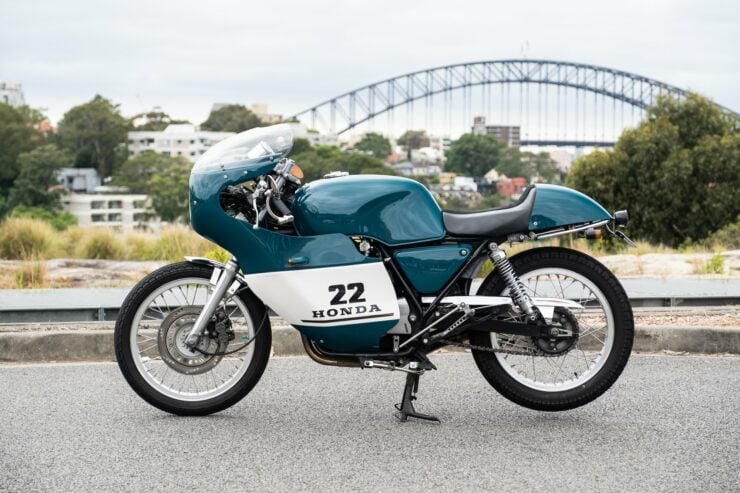