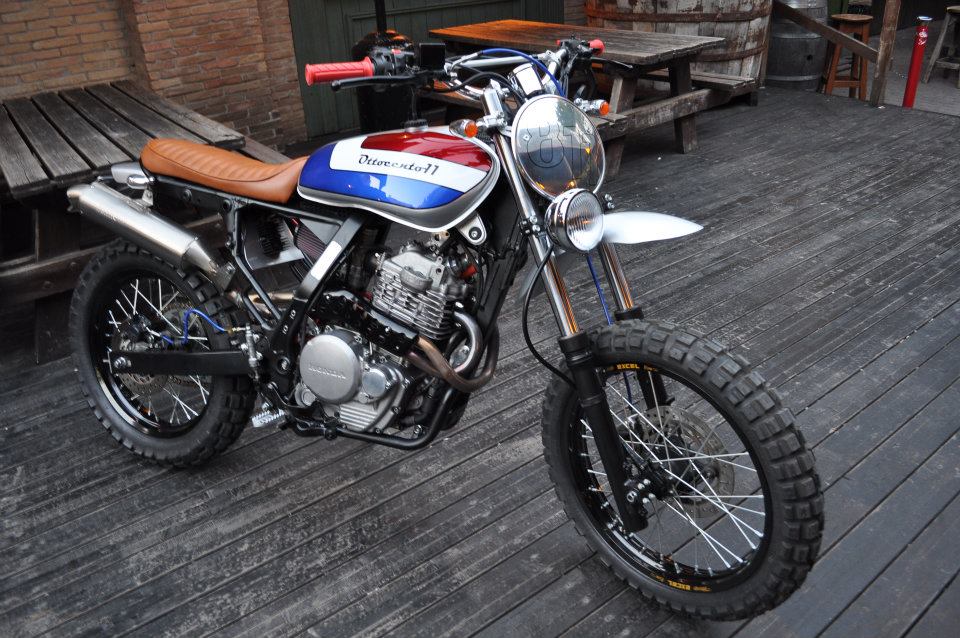 The humble scrambler is going through a renaissance of sorts at the moment and I couldn’t be happier about it, we’ve seen some truly spectacular examples of the genre recently with the Tridays Triumph and the Scrambler Kit by Mr Martini being personal favourites.

This Honda Dominator NX is a new addition to the list, the 650cc single cylinder base model has a loyal fan base around the world, the bike is famous for it’s staggering reliability and it’s capability to quite literally climb mountains without breaking a sweat.

From an aesthetic standpoint this particular bike is one of the most beautiful I’ve seen in recent times, I am biased towards scramblers so I’ll admit being not entirely impartial however I think the appeal of this bike reaches beyond fans of muddy motorcycles. The Ottocento11’s offset headlight is a great little design feature, the chrome number plate on the front really gives the bike an authentic front profile and the elevated mud guard completes the look.

The Honda Dominator has a stock horsepower output of about 44 with 4 valves and a wet weight of 392 pounds, I imagine that this bike’s power would be ~15% higher than stock due to the custom exhaust and high-flow air filter, I’d also expect the weight to be a little lower due to the fact that all the superfluous nonsense has been removed.

This is one of those custom motorcycles that gets saved into my personal favourites folder, a place where I put the bikes that I’ll use for inspiration when I finally get around to building customs myself. One day. 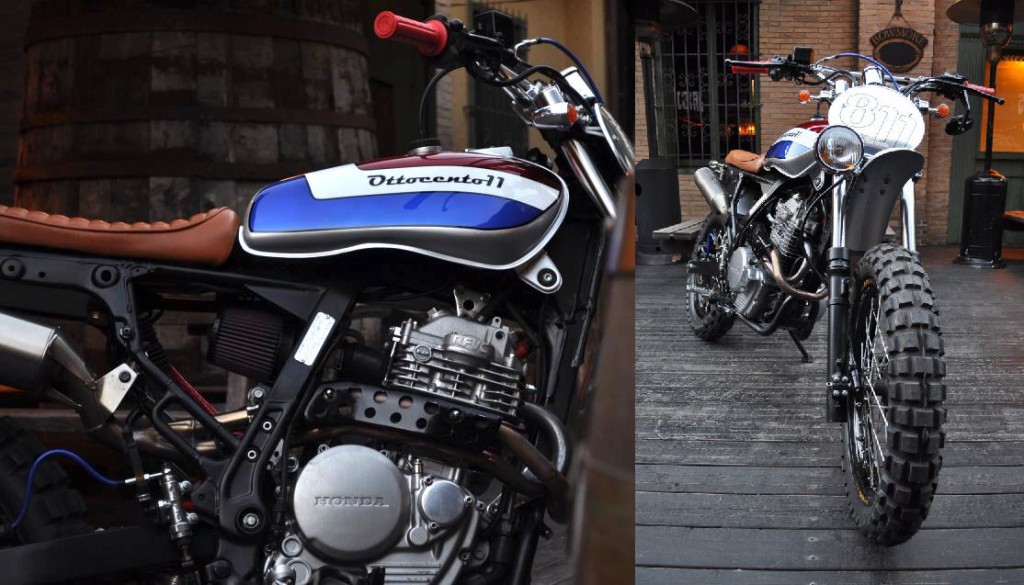 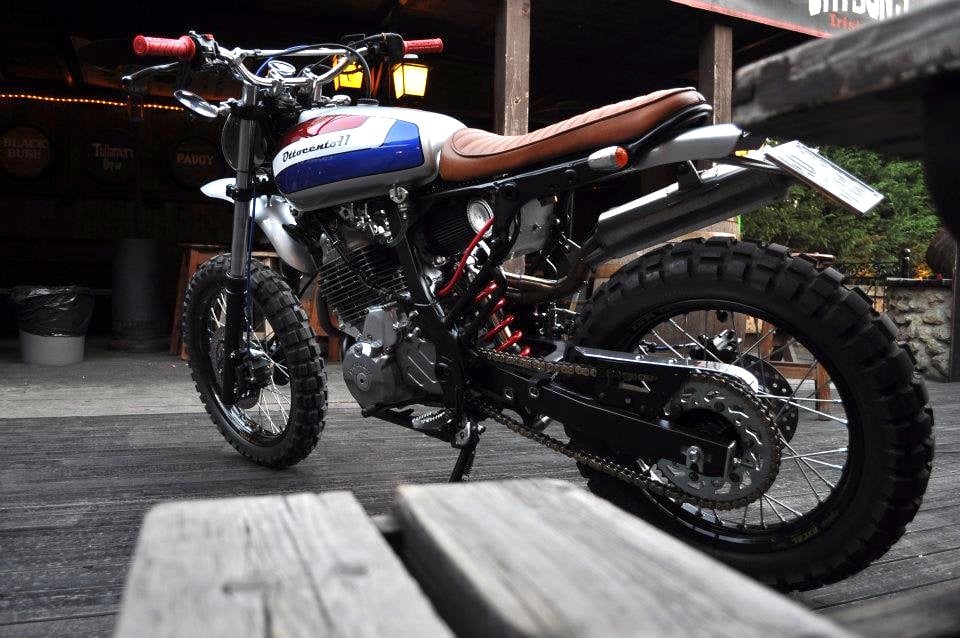 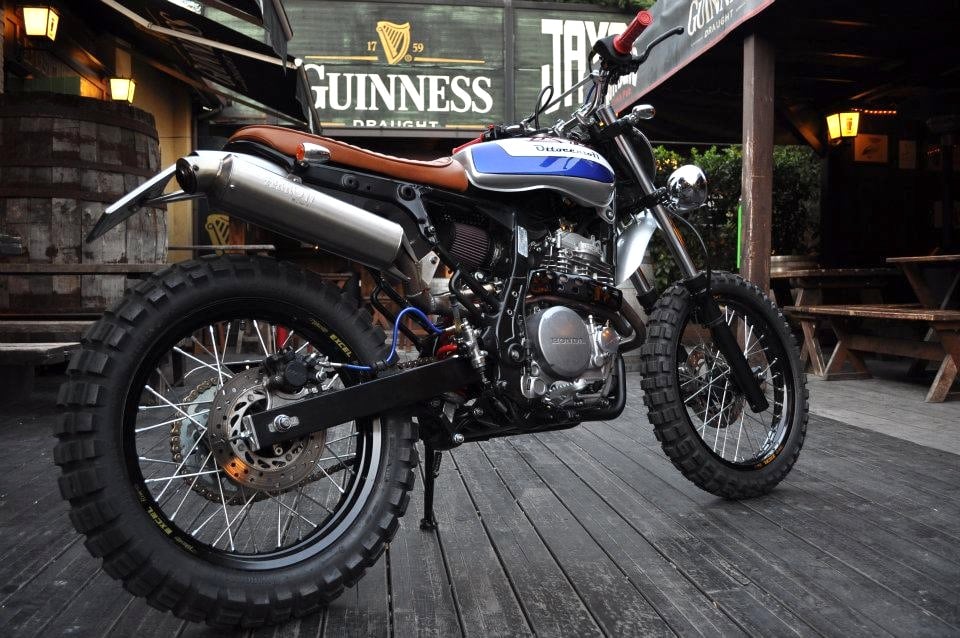 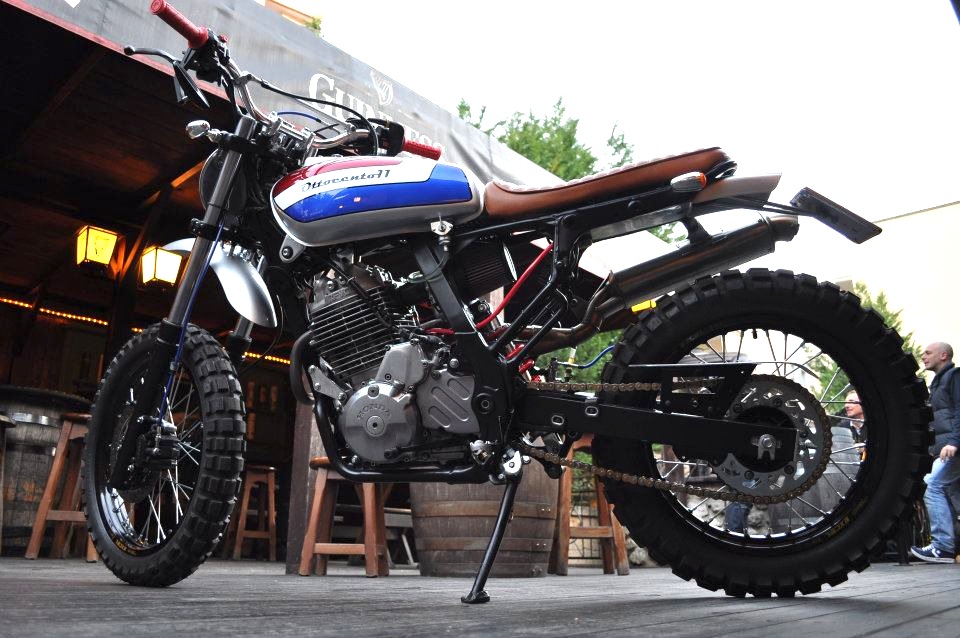