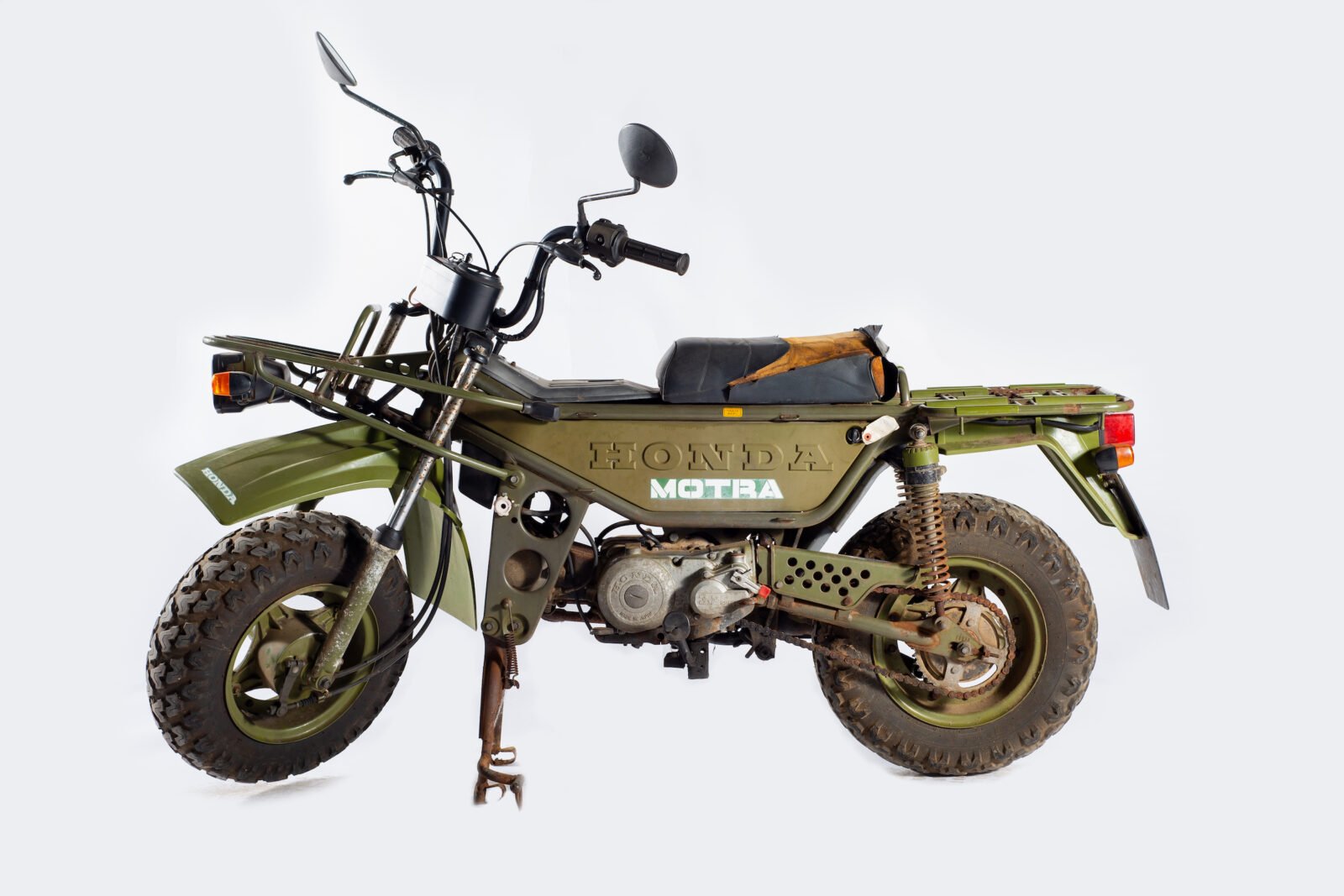 The Honda CT50 Motra is one of the more unusual two-wheeled creations from Honda, it’s an off-road scooter that was designed to be genuinely capable both off the asphalt and on it.

Now of course when anyone uses the words “off-road” and “scooter” in the same sentence it’ll cause eyes to roll, but Honda made a solid effort with the Motra – even going so far as to give it the motorcycle equivalent of a low-range gearbox.

Honda’s plan was to sell 45,000 of them a year when the model was introduced in 1982 however sales were considerably under this figure, and as a result the model left production after 1983 – just a year later.

They’re now so rare that even many scooter collectors haven’t seen one in person, and we almost never see them come up for sale as they were only originally offered for sale on the Japanese domestic market.

The concept behind the Honda Motra was simple, the company planned to develop an affordable scooter that was easy to ride, and imbue it with as much off-road ability as possible. The centre stand was cleverly designed to fold backwards, covering the cylinder and sump, proving the engine with protection from knocks and rocks when off-road. 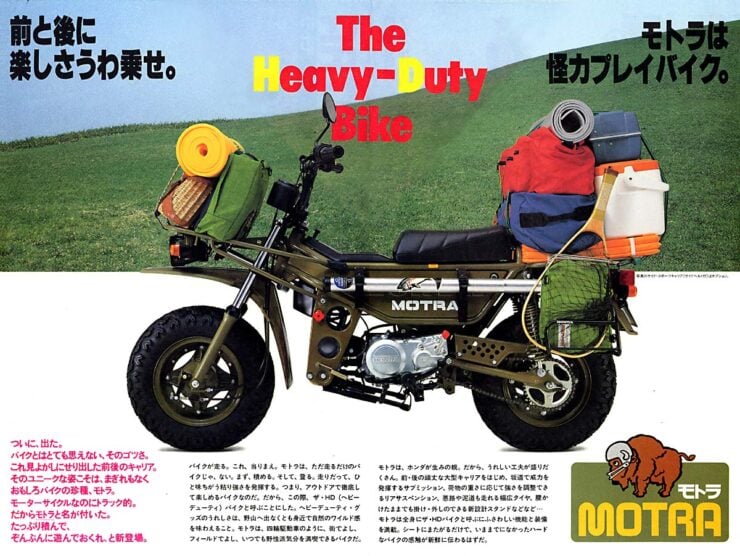 A simple tubular steel frame was designed, stamped steel inserts and fenders were fitted, and hefty front and rear luggage racks were developed. The front luggage rack was mounted off the frame directly so that it doesn’t directly add load to the forks or steering, ensuring the bike remains rideable even when fully loaded.

A traditional suspension set up with forks up front and twin shock absorbers in the rear was used, the rear shocks were also adjustable allowing the rider to change settings when fully loaded or unladen.

A single seat was fitted, with ample padding of course, and a pair of wide handlebars help the rider negotiate tricky terrain. From a fender-to-tire-size perspective, the Motra is fitted with the biggest mud guards we’ve ever seen, and it’s fitted with a kickstarter only – no electric starter was ever offered.

The Motra was powered by a 49cc single-cylinder, air-cooled, four-stroke engine producing 4.5 hp at 7,500 rpm and 3.3 lb ft of torque at 5,500 rpm. This engine sent power back through an unusual gearbox that featured three gears that were coupled to a second stage, allowing the Motra to run in high or low range.

The Motra weighed in at 76 kgs when dry (167 lbs) making it relatively light by motorcycle standards and well-suited to being pushed or pulled out of mud, sand, etc.

It’s not known exactly how many of these were sold by Honda, but as mentioned above we do know that they’re rare, they’re also an interesting evolutionary dead-end. 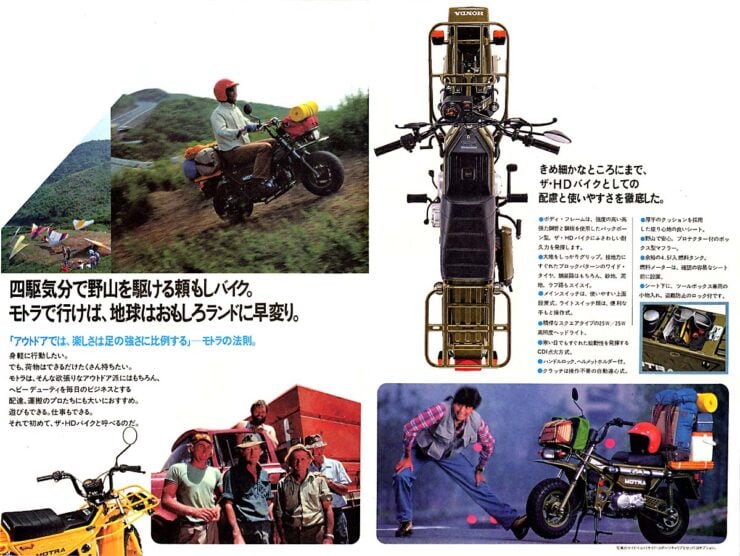 Well we thought they were a dead-end until more recently when the idea of an off-road scooter suddenly became cool again with the release of the Honda X-ADV adventure scooter – a direct descendant of the Honda Motra. I swear if you look closely enough, you can see some design influence in the new X-ADV from its unusual ancestor.

The Honda CT50 Motra you see here is in need of either a restoration or a significant recommissioning, it’s army green which was one of just two colors offered – the other was an orange/yellow.

The speedometer is currently showing 4,810 kms (2,989 miles) and the bike is complete – it’s just carrying plenty of patina from the previous 40 years.

If you’d like to see more or enquire about buying it you can visit the listing here on TVP Classics, it’s currently listed for sale with an asking price of €4,250 which works out to approximately $5,060 USD. 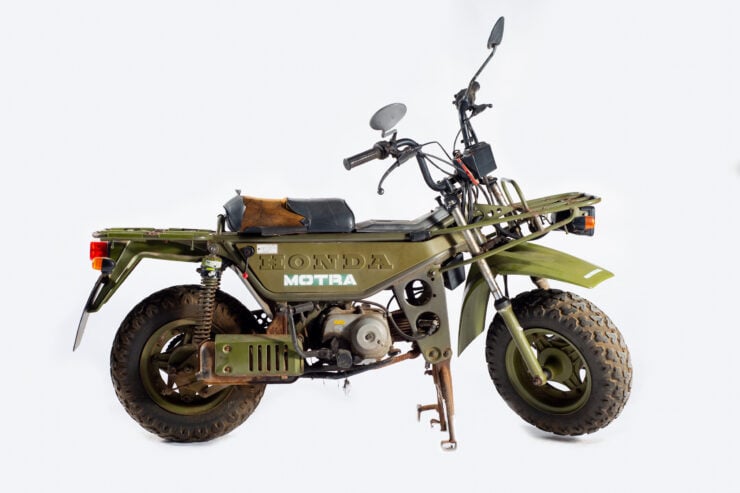 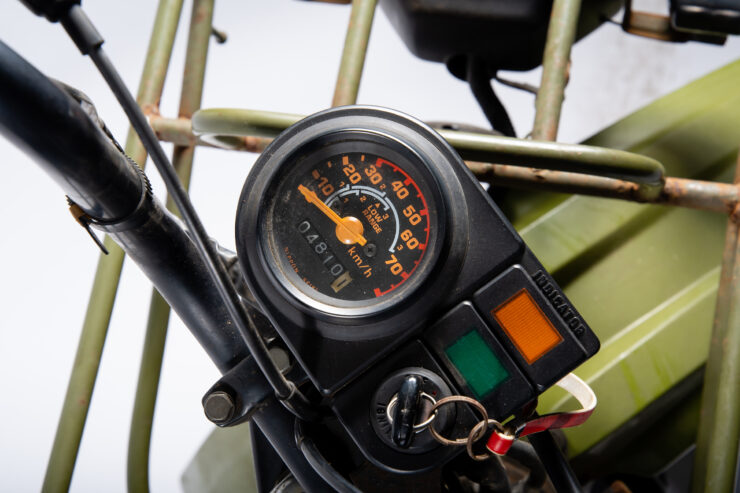 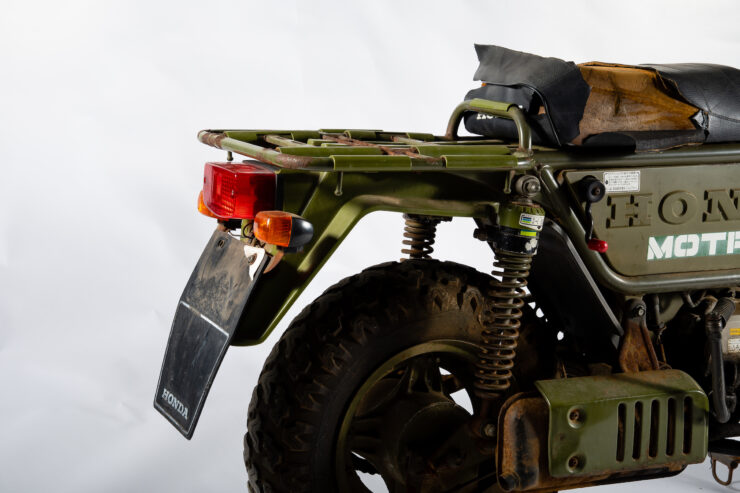 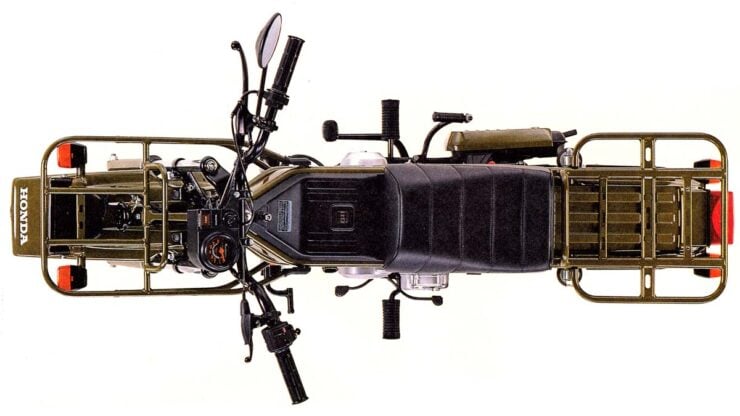 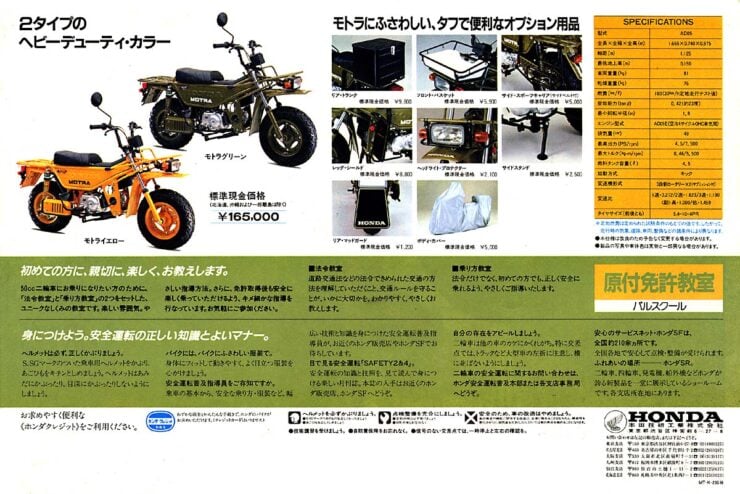 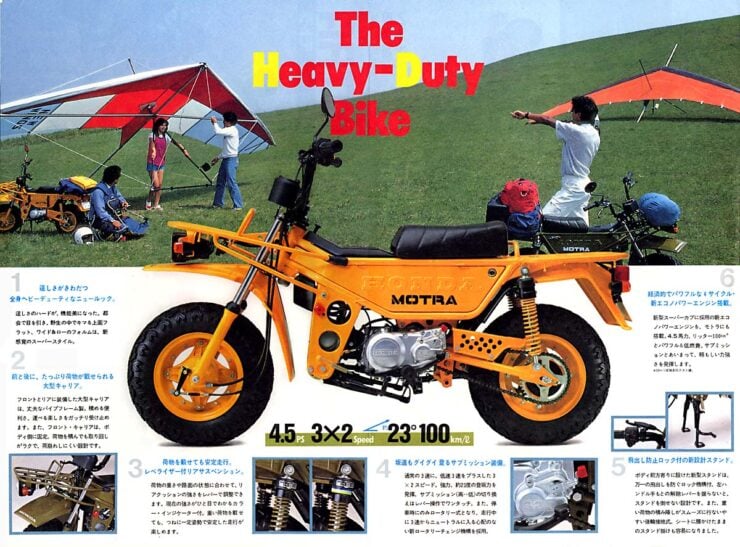 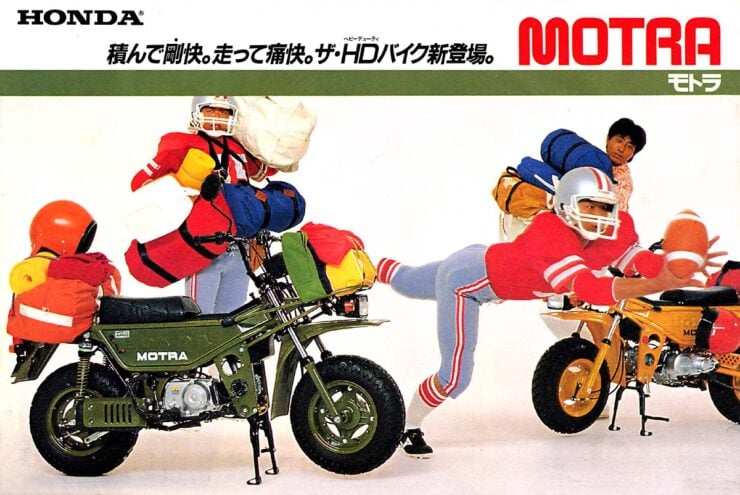