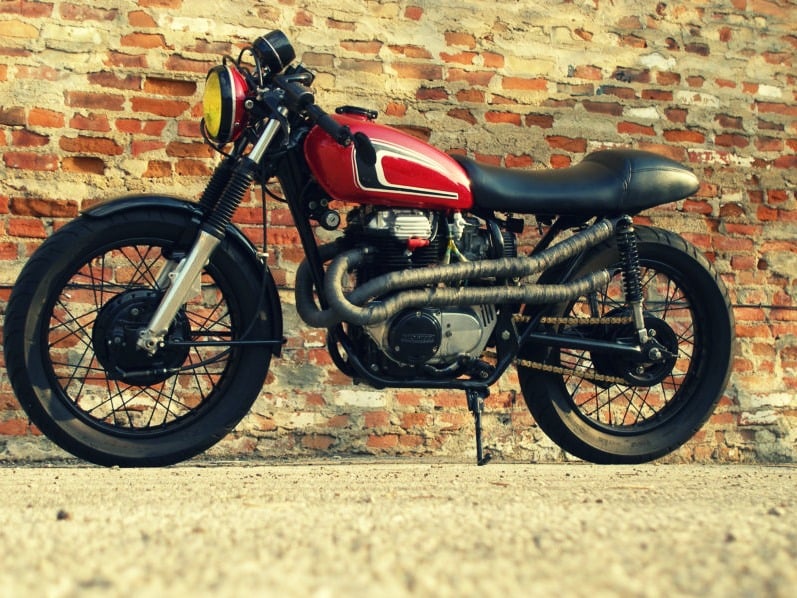 This great little 1974 Honda CL360 Café Racer is another in the recent crop of outstanding motorcycles to pop up on eBay under the “vintage” tag, the current owner is also the builder and by the sounds of things, he’s gone all out and created an almost perfect around-town-belter.

The twin cylinder CL360 was produced between ’74 and ’76, it’s limited production life has seen the bike become a bit of a collectors item and a very popular starting point for vintage, scrambler-esque custom motorcycles. The base model produced 34hp and sent it to the back wheel via a 6-speed transmission, the high-pipes and broad torque range were the standout features of the model.

This CL360 Café Racer has been stripped back and rebuilt from the ground up, the engine has new crank bearings, pistons, rings, a new clutch and a new Rick’s Motorsports electrical system, meaning reliability should be bullet-proof.

The blacked out wheels, wrapped pipes, yellow headlight and clubman handlebars are all well appointed and I’d be more than happy to park this in the garage.

Check it out here via eBay. 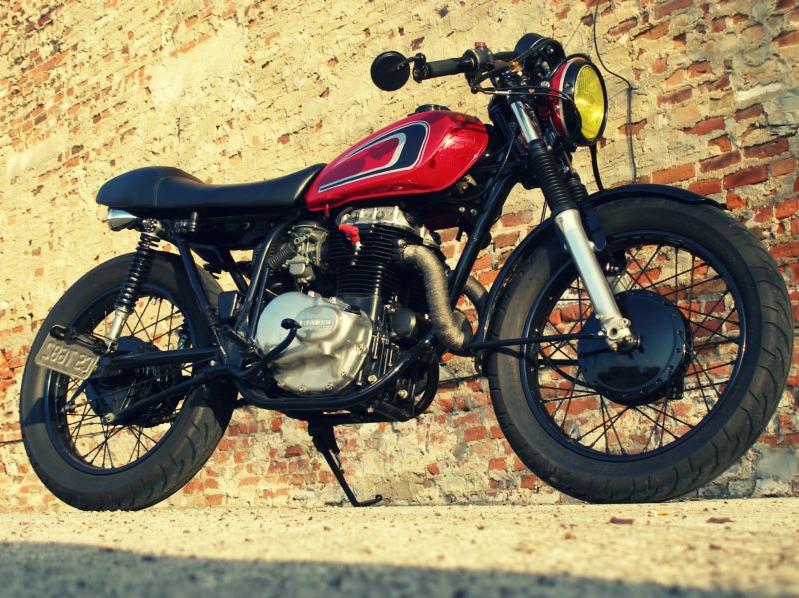 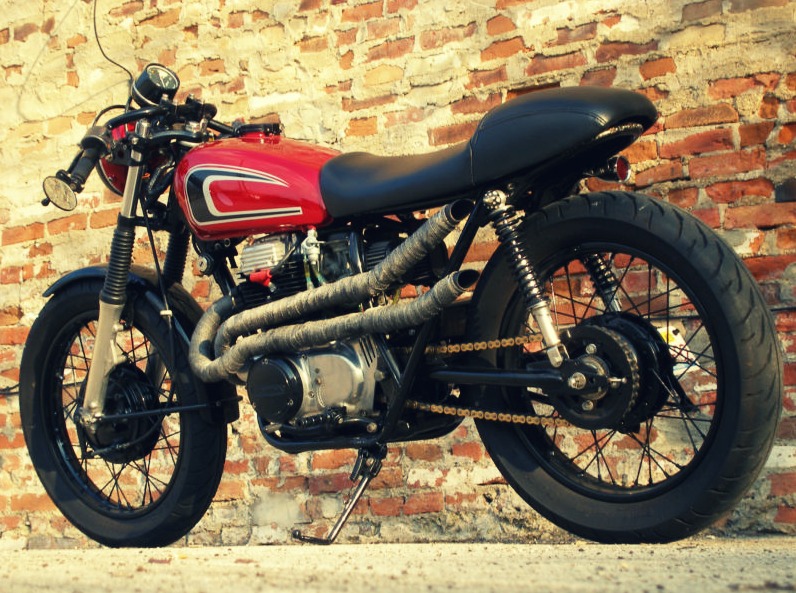 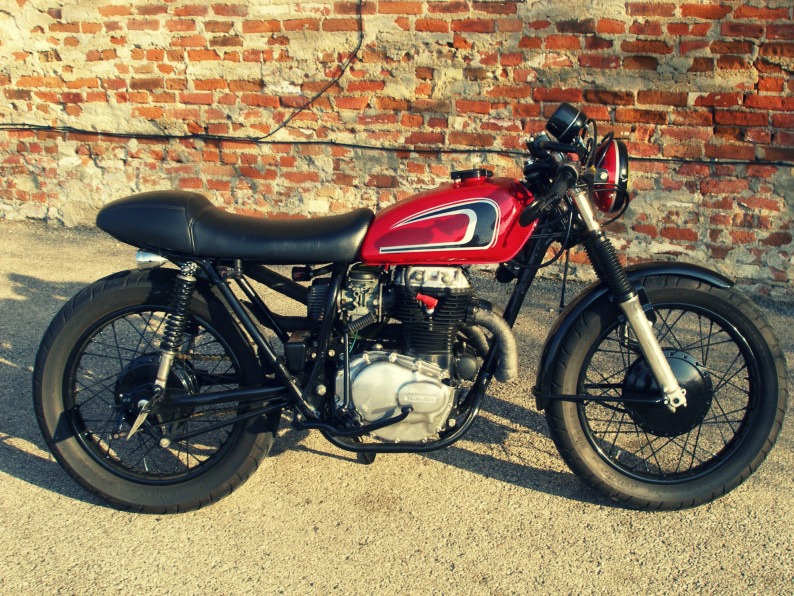 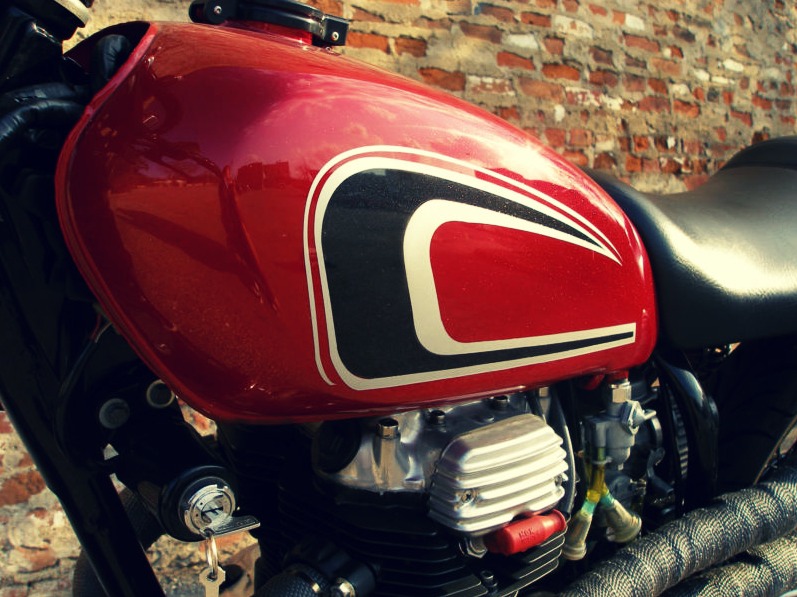 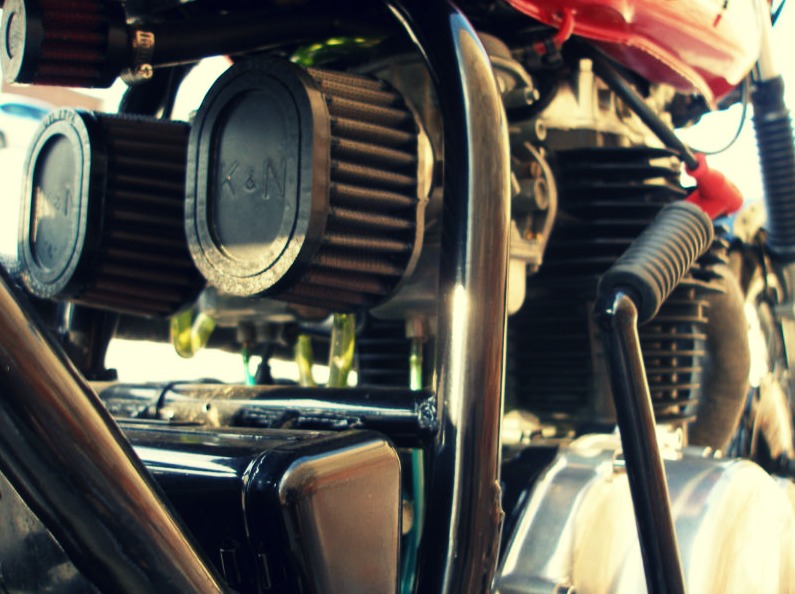 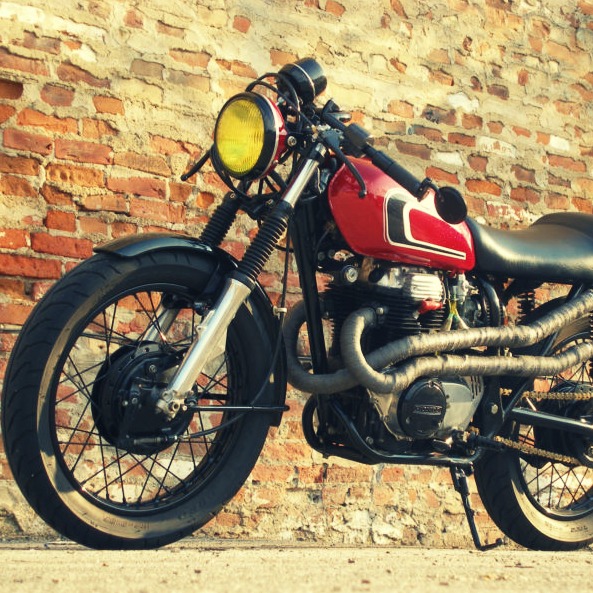