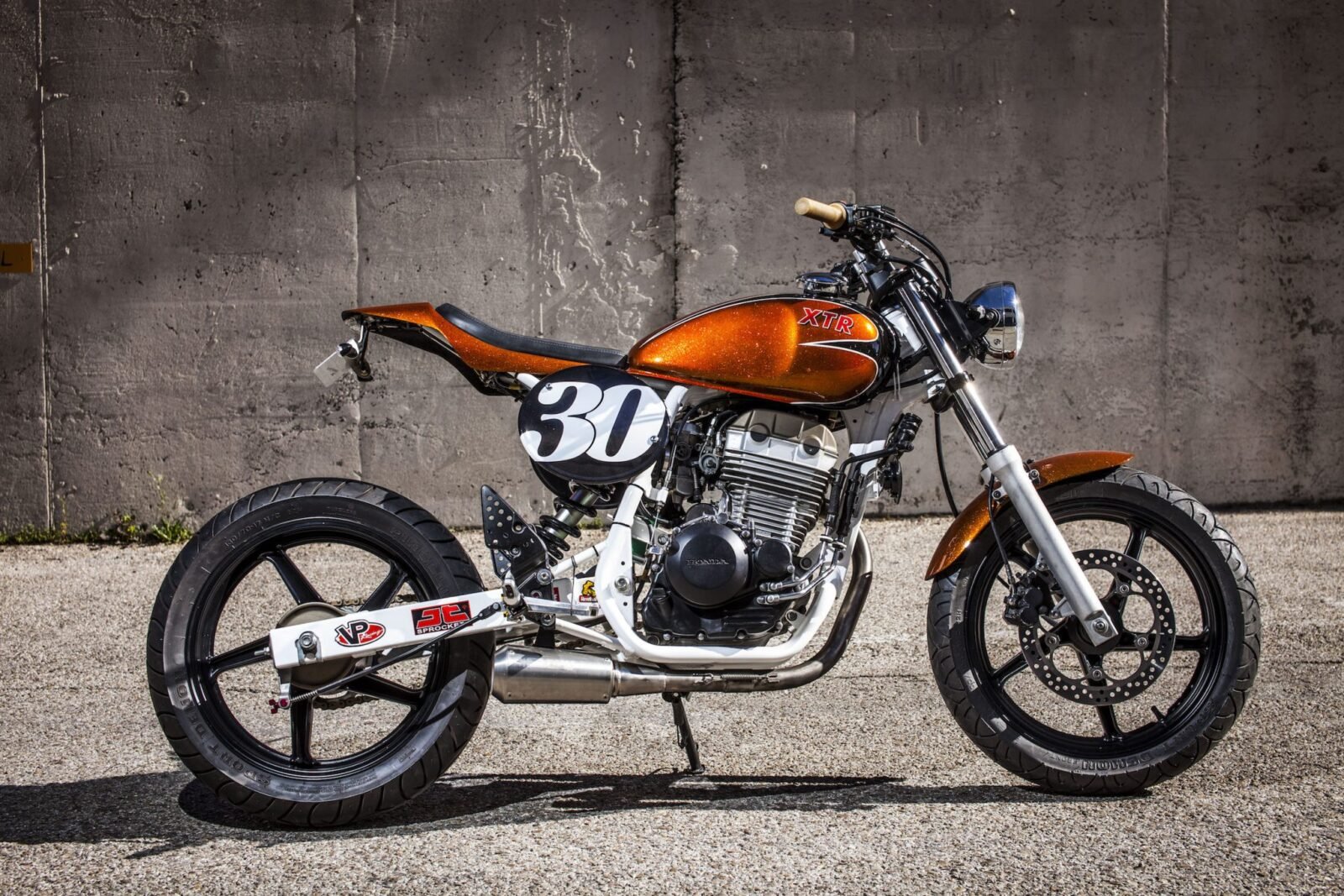 If you have so much as a passing interest in highly engineered custom motorcycles, you’ll almost certainly have encountered the work of Pepo Rosell before. Probably under the name of his previous enterprise – Radical Ducati.

His company is now called XTR Pepo, and he’s quickly made a name for himself by turning out a series of superbike customs interspersed with models we don’t often see getting the full custom treatment, like this Honda CBF 250. 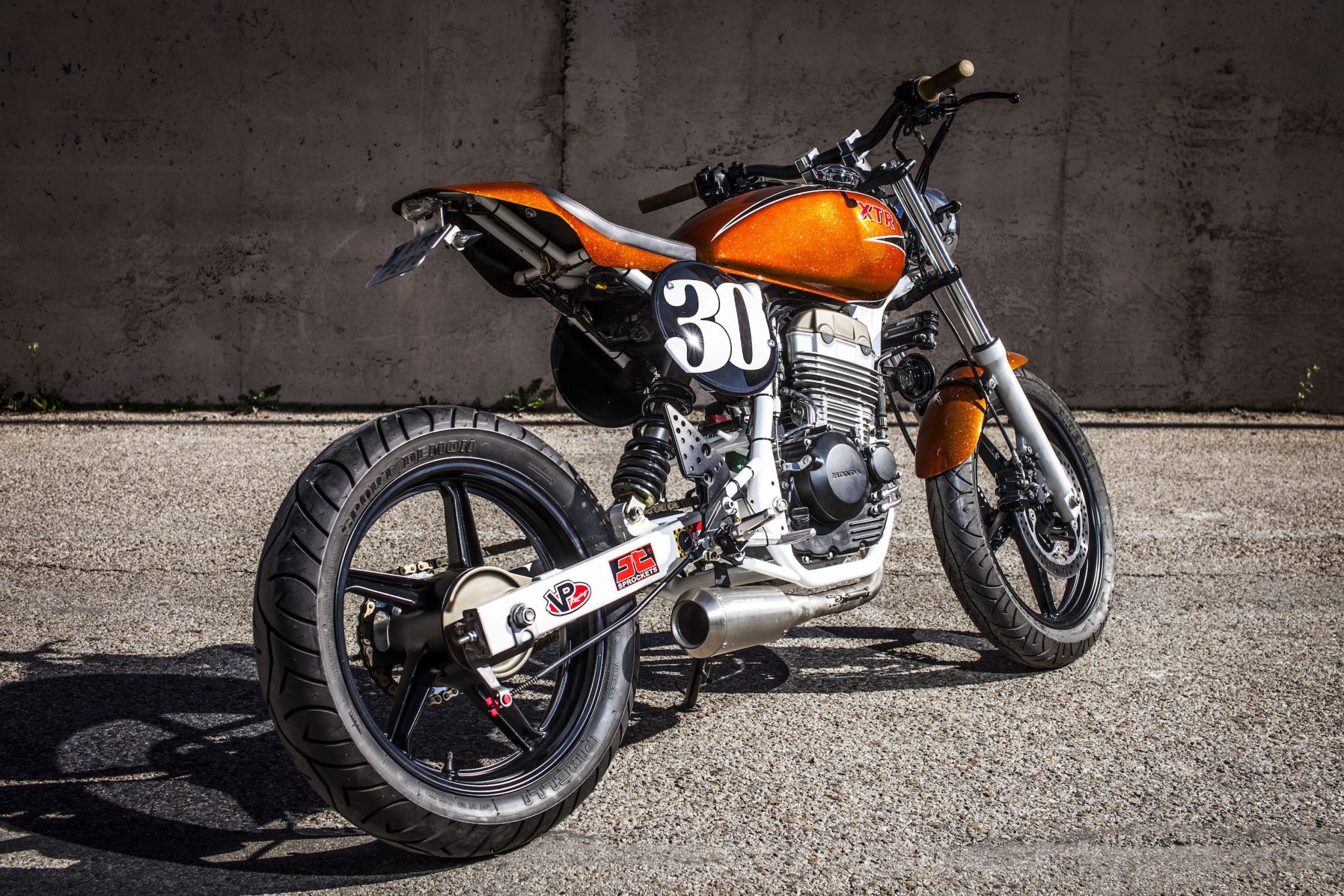 Honda never really intended the CBF 250 to be anything resembling a sports bike. It’s a single-cylinder commuter bike with 22 bhp, a top speed of 80 mph, and a kerb weight of 138 kilograms. The CBF 250 typically sells well to first time bike buyers or to commuters in South East Asia and India – although some of them have been customised in the past, I think it’s safe to say none have been done quite like this.

Pepo started the build by disassembling the bike and inspecting the parts. He decided to upgrade the monoshock rear-end which necessitated cutting off the original subframe and fabricating a new one, fitted with a significantly more capable progressively wound monoshock.

The original seat, fenders, and fuel tank were all tossed on the recycling pile, and replaced with a new Mash 125 fuel tank, a custom XTR Tracker fibreglass seat, and a mud guard from a Ducati Monster.

A new NG brake rotor was fitted up front with a Frentubo brake line that leads up to new Vicma conical handlebars with Goneli grips. In order to squeeze a little more power from the 250cc single, Pepo tossed the airbox and fitted a high-flow DNA air filter, with a Super Mario exhaust and a Spark GP silencer.

The completed bike looks vastly different to its CBF 250 siblings, and it goes a hell of a lot quicker too thanks to the power boost and weight reduction. If you’d like to see more from Pepo you can hit the links below – he always has a few bikes listed on his site that are for sale too which are well worth a look. 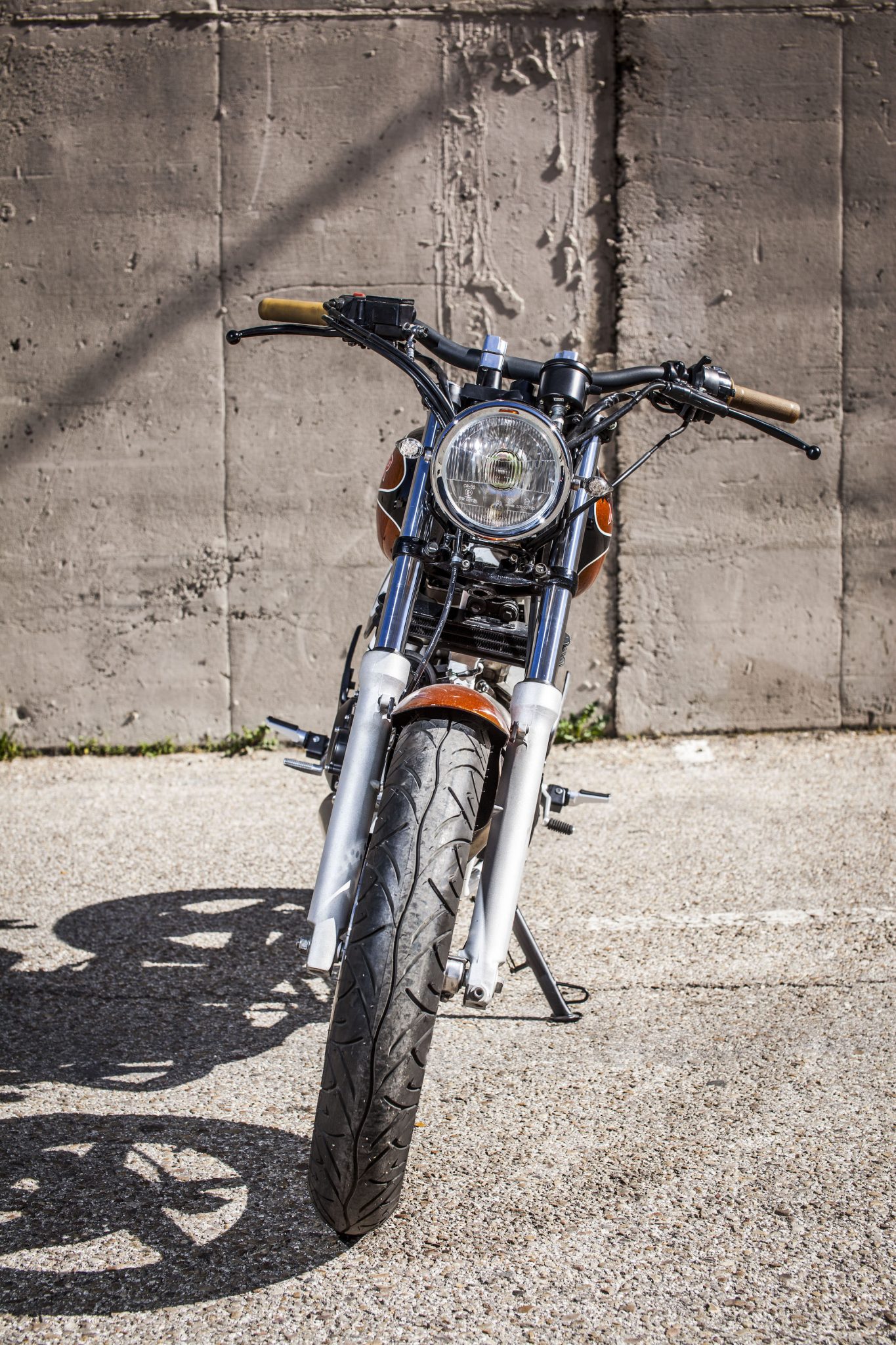 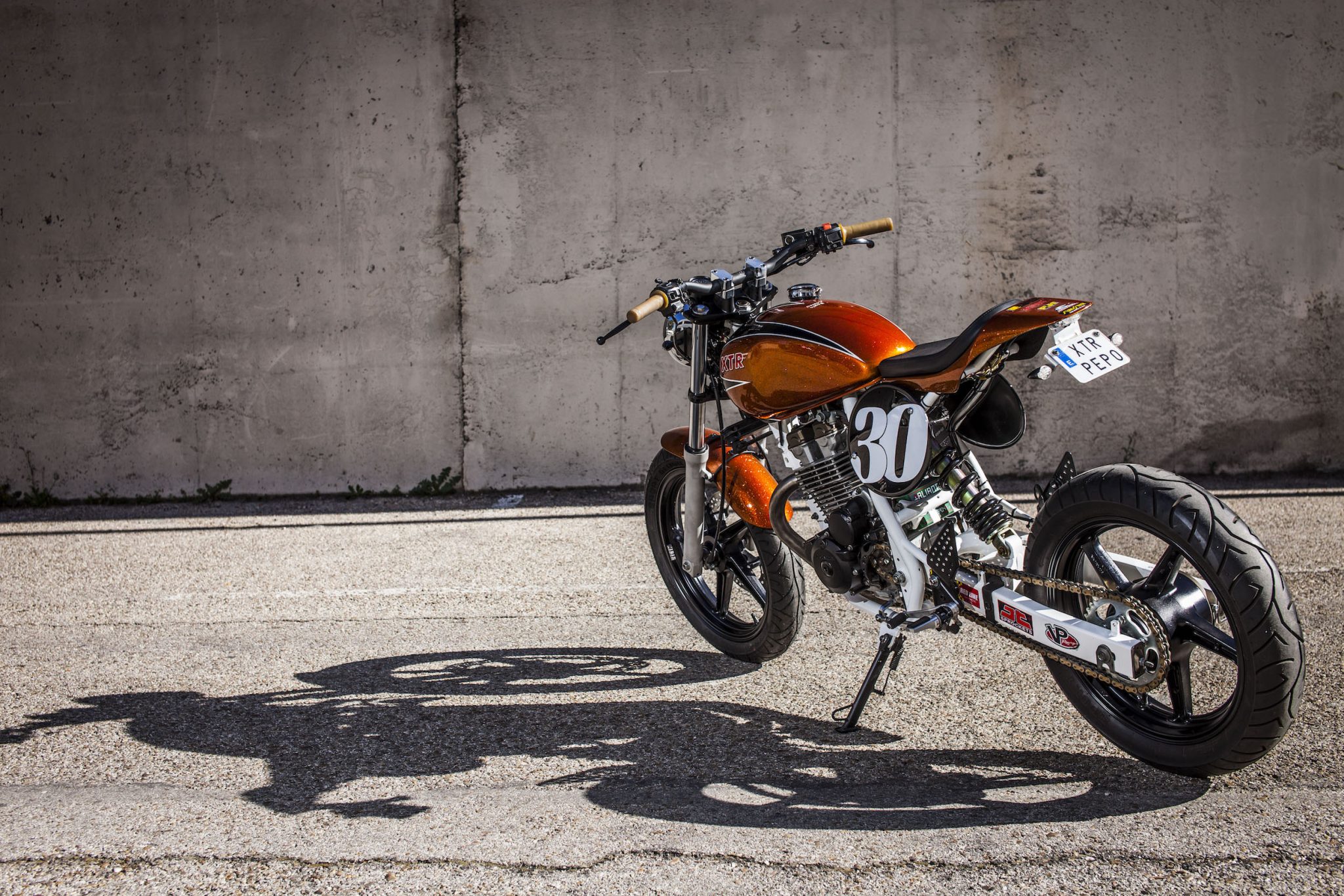 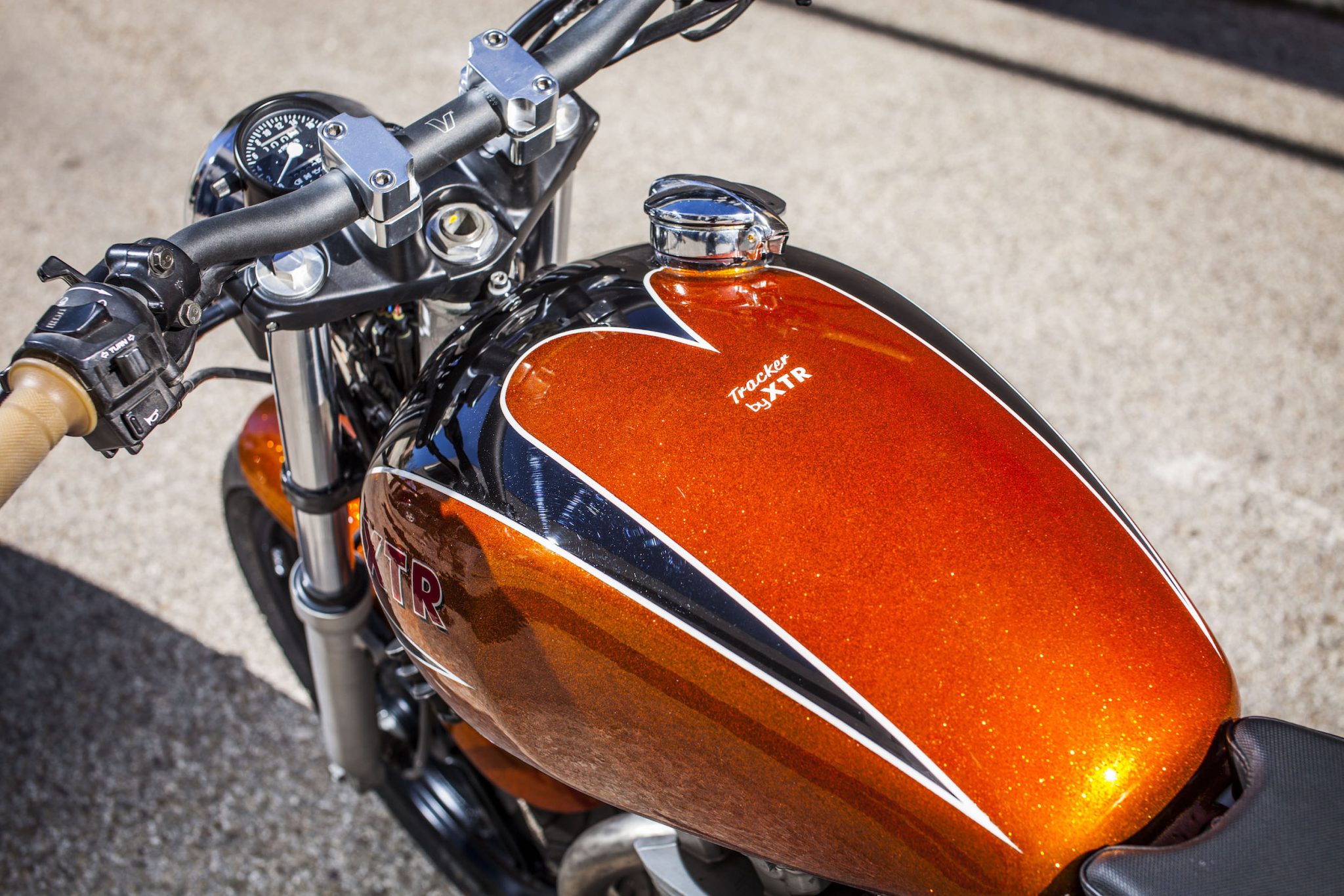 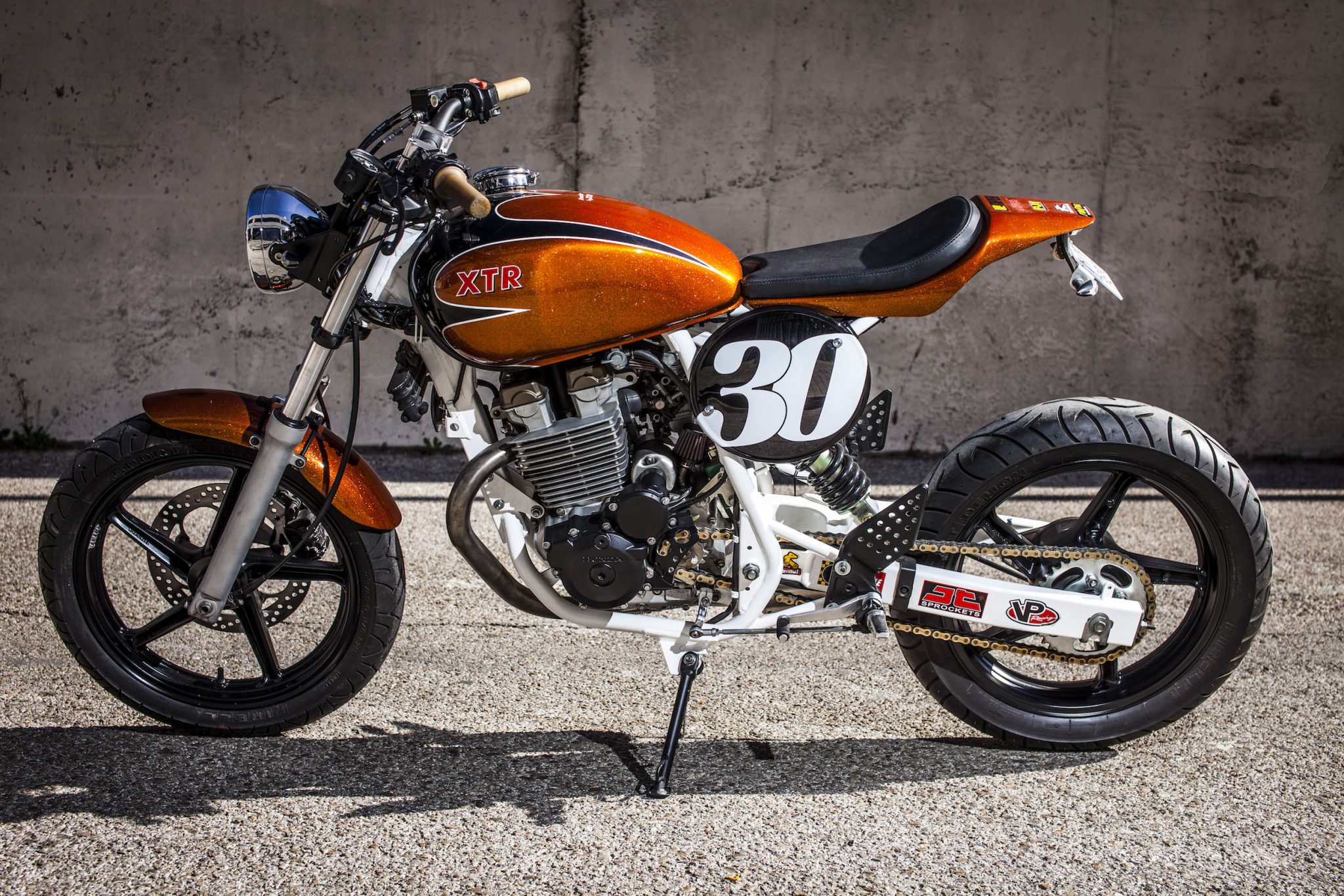 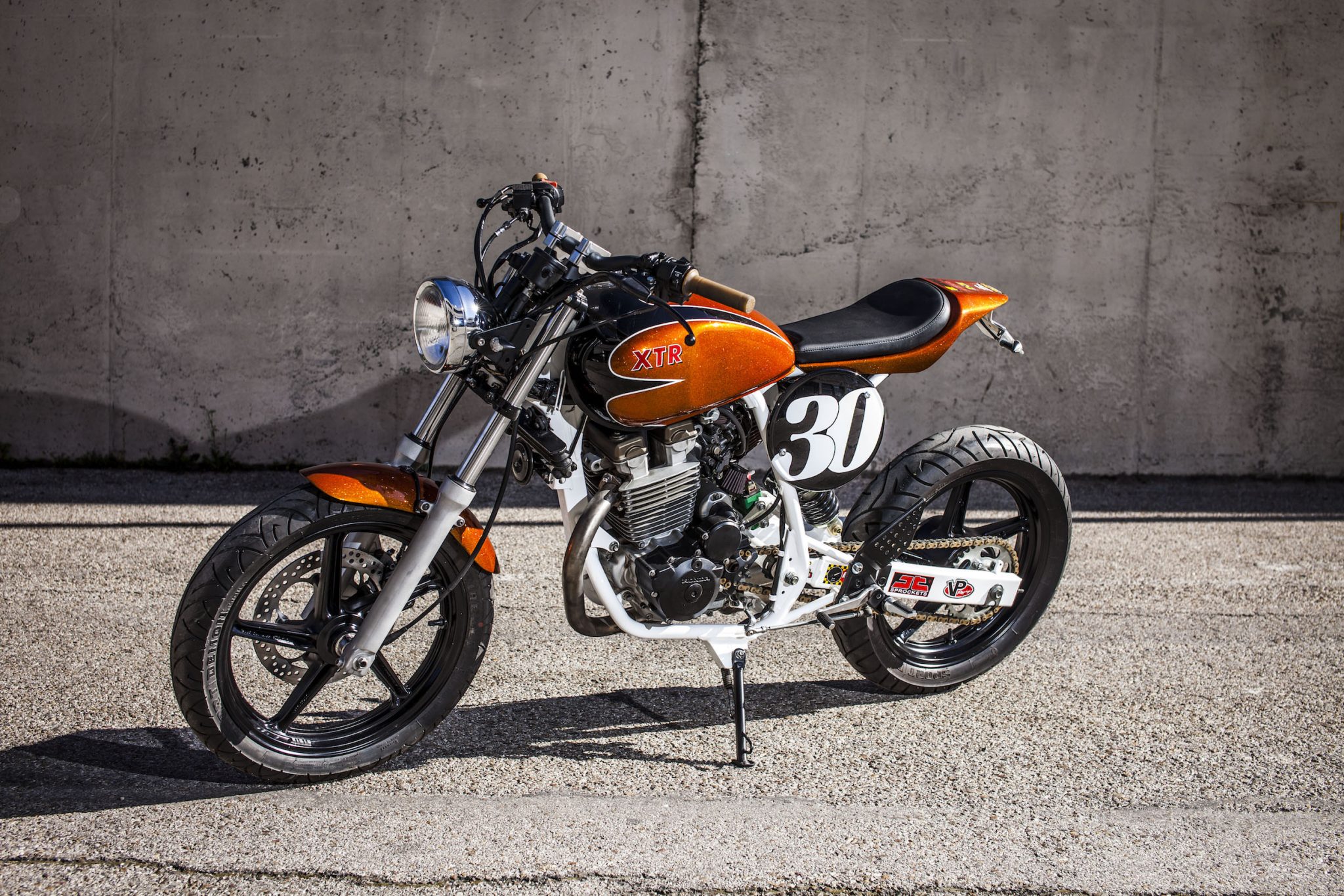 All images courtesy of Cesar Godoy 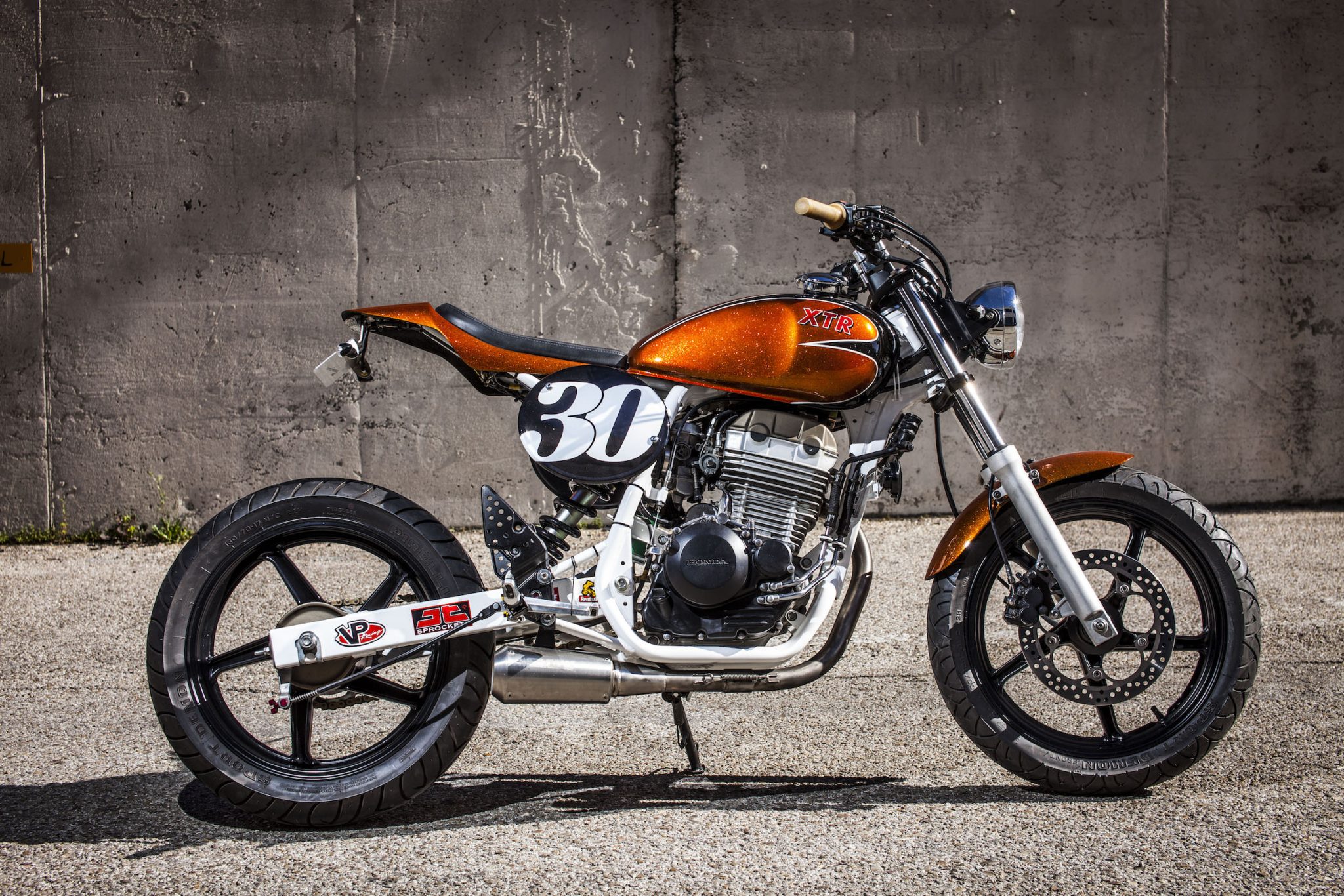