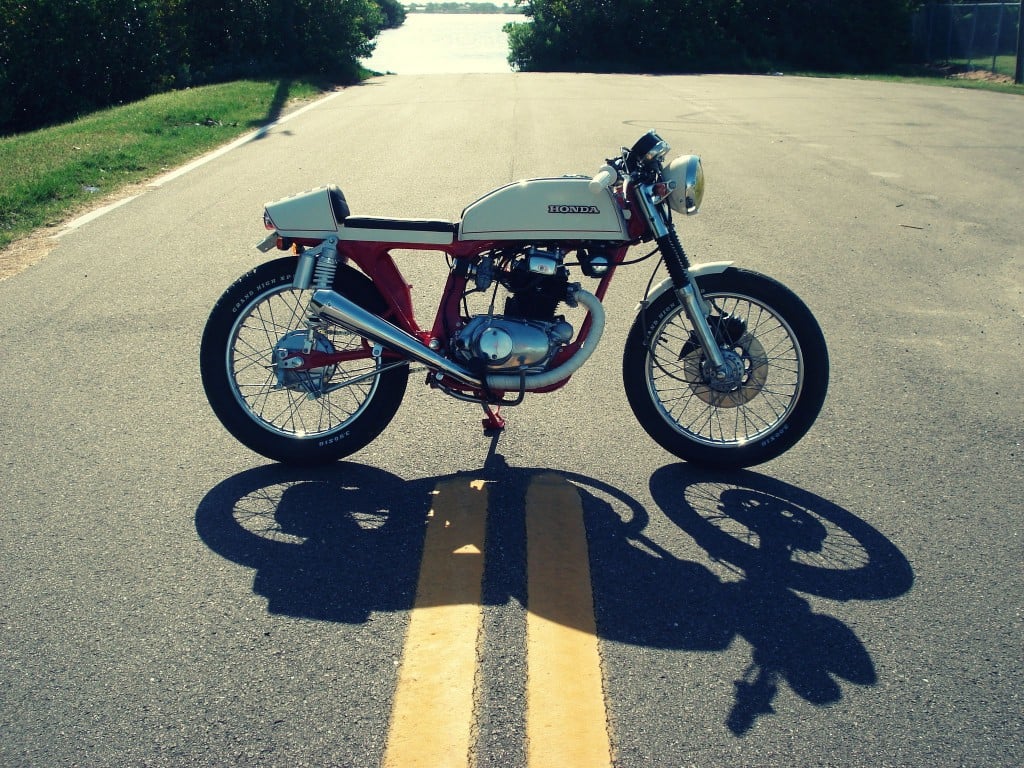 Bare Bone Rides is a relatively new custom motorcycle shop based out of Florida, it’s owned and operated by Jim and Joseph Lang, a friendly pair of ex-corporate brothers who decided to hang up their ties and don a pair of coveralls.

This bike is Bare Bone Ride’s take on the Honda CB200T, the original bike is a fantastic, lightweight motorcycle that lends itself to cafe racer conversion with ease. Jim and Joseph stripped the original bike back to it’s bare elements and set about adding a series of custom, performance based additions. 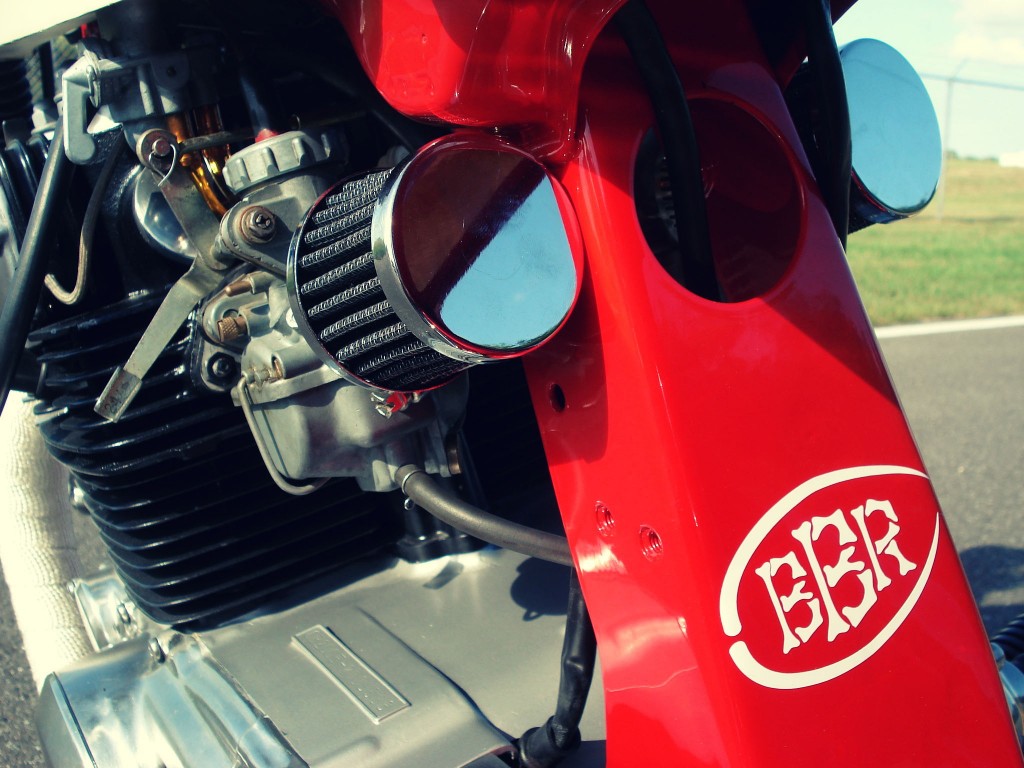 They opted to use a Ballistic Lithium Ion 12V battery in order to reduce weight, this is a move that I can see becoming more popular as lithium batteries continue to come down in price, they also had the frame and swing arm professionally powder coated, they then added a heavy duty gold o-ring chain, stock Italian made GT grips from the ’70s, a custom exhaust system, drag style handlebars, nitrogen filled performance rear shock absorbers and a slew of other upgrades too long to list here.

The finished bike is eye-catching with it’s bright red and wimbledon white paint scheme. The smooth curve of the exhaust is a great touch and the overall feeling you get from the build is a bike that’s been made by people with an eye for detail. 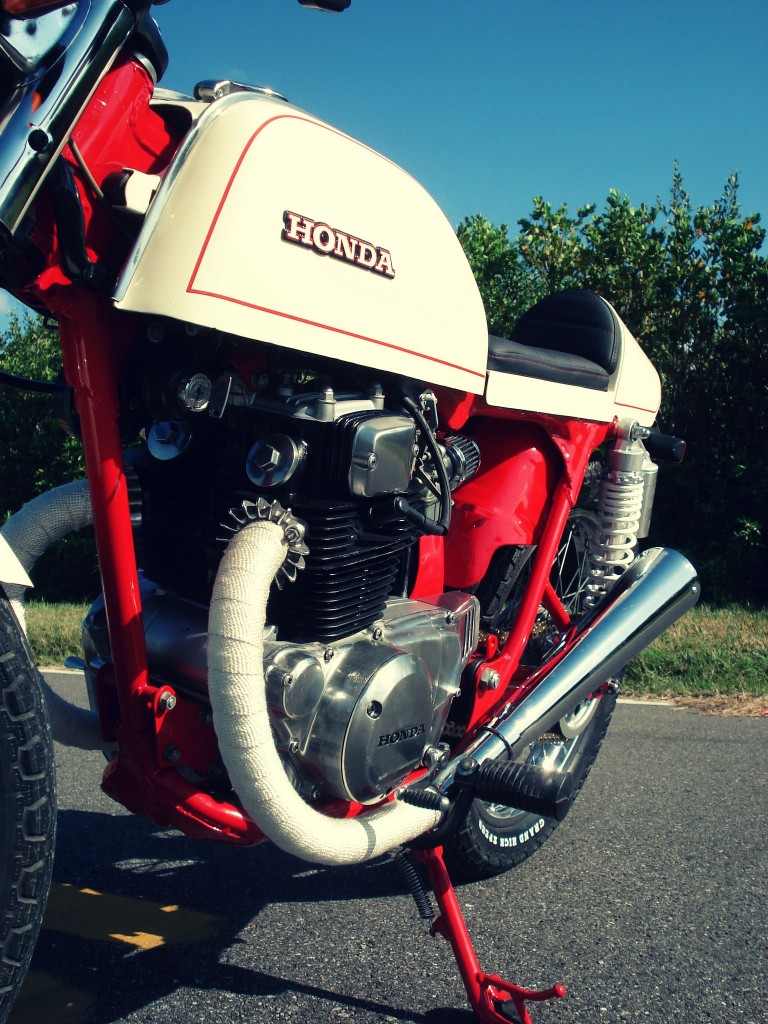 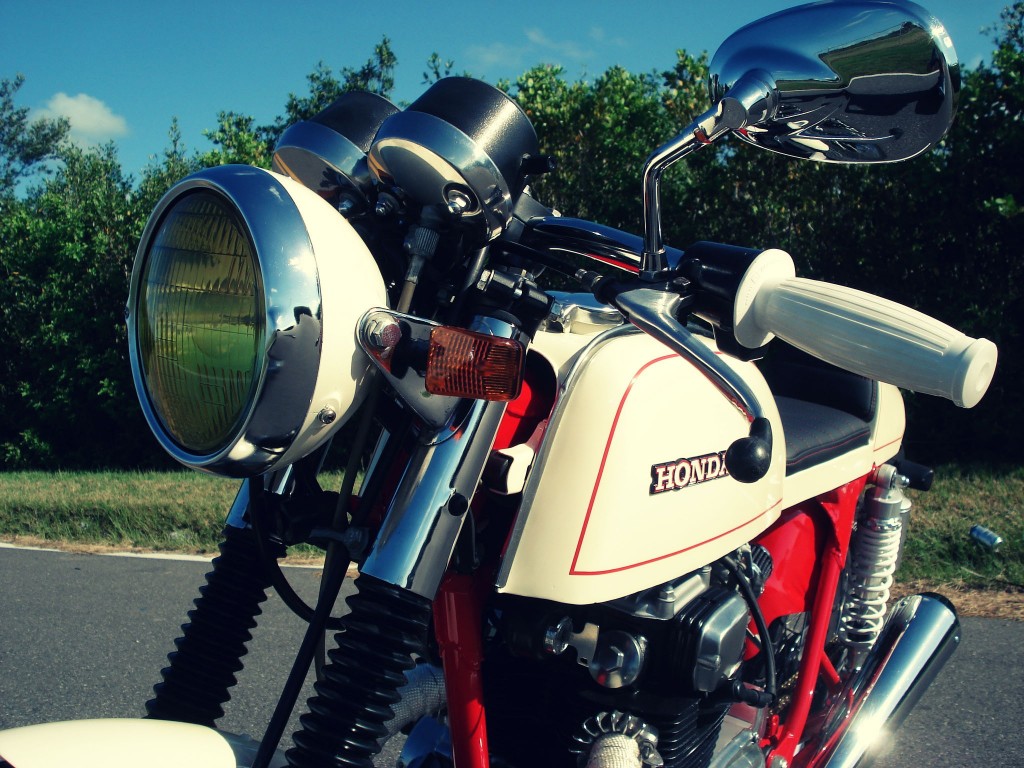 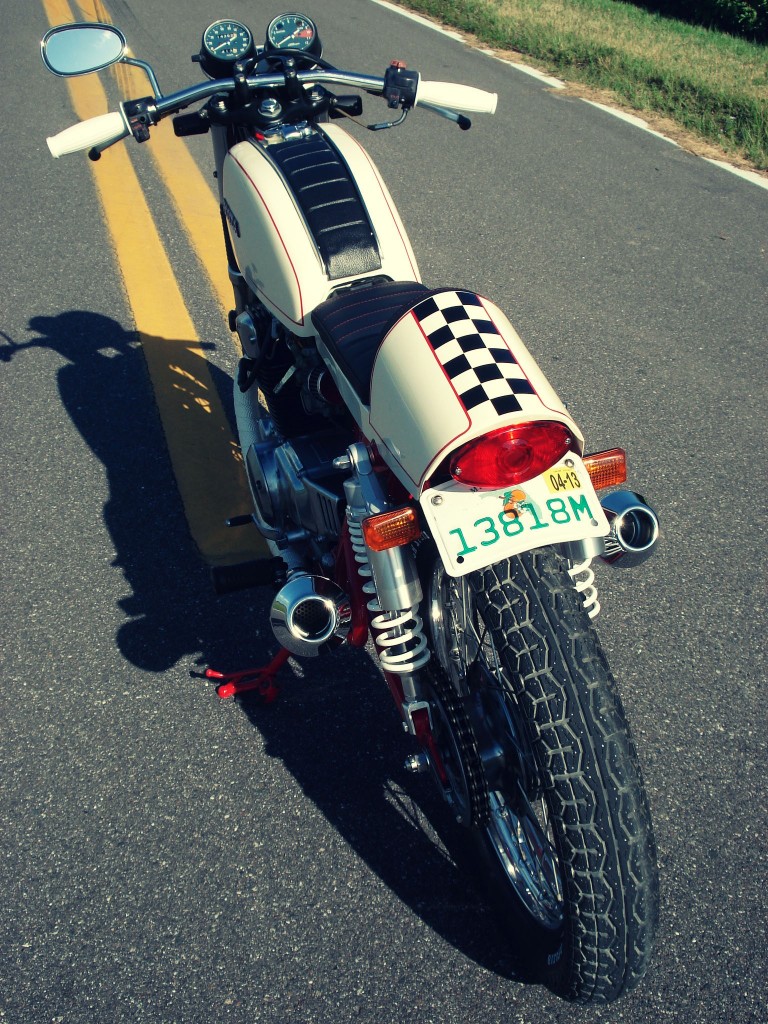 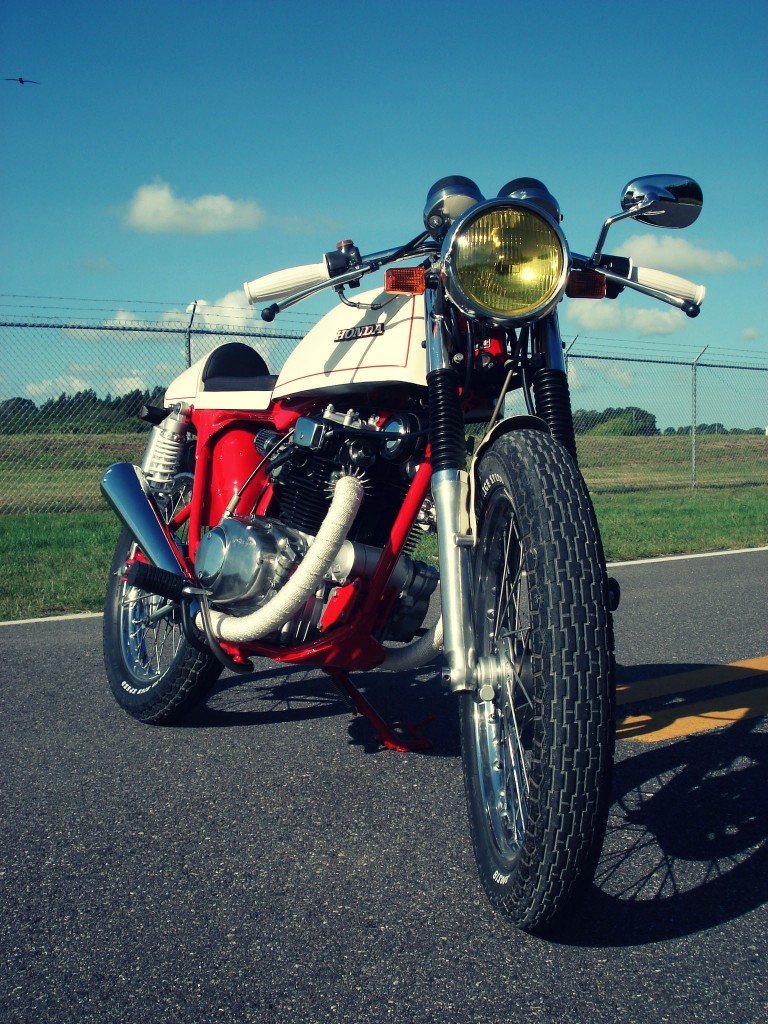 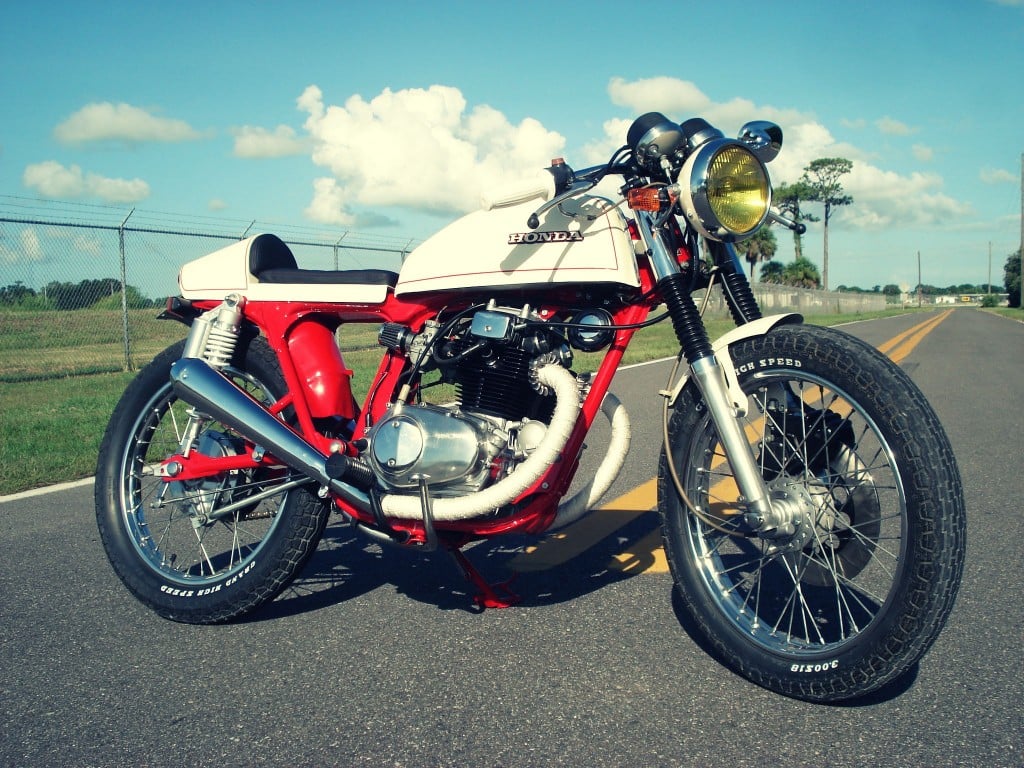 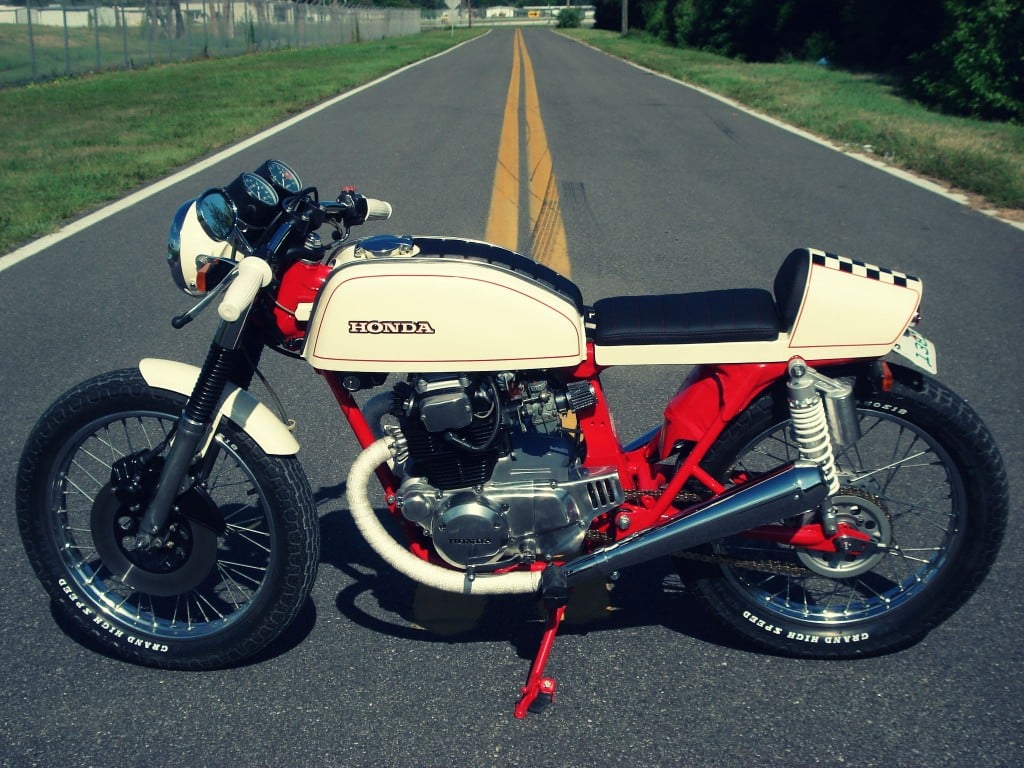 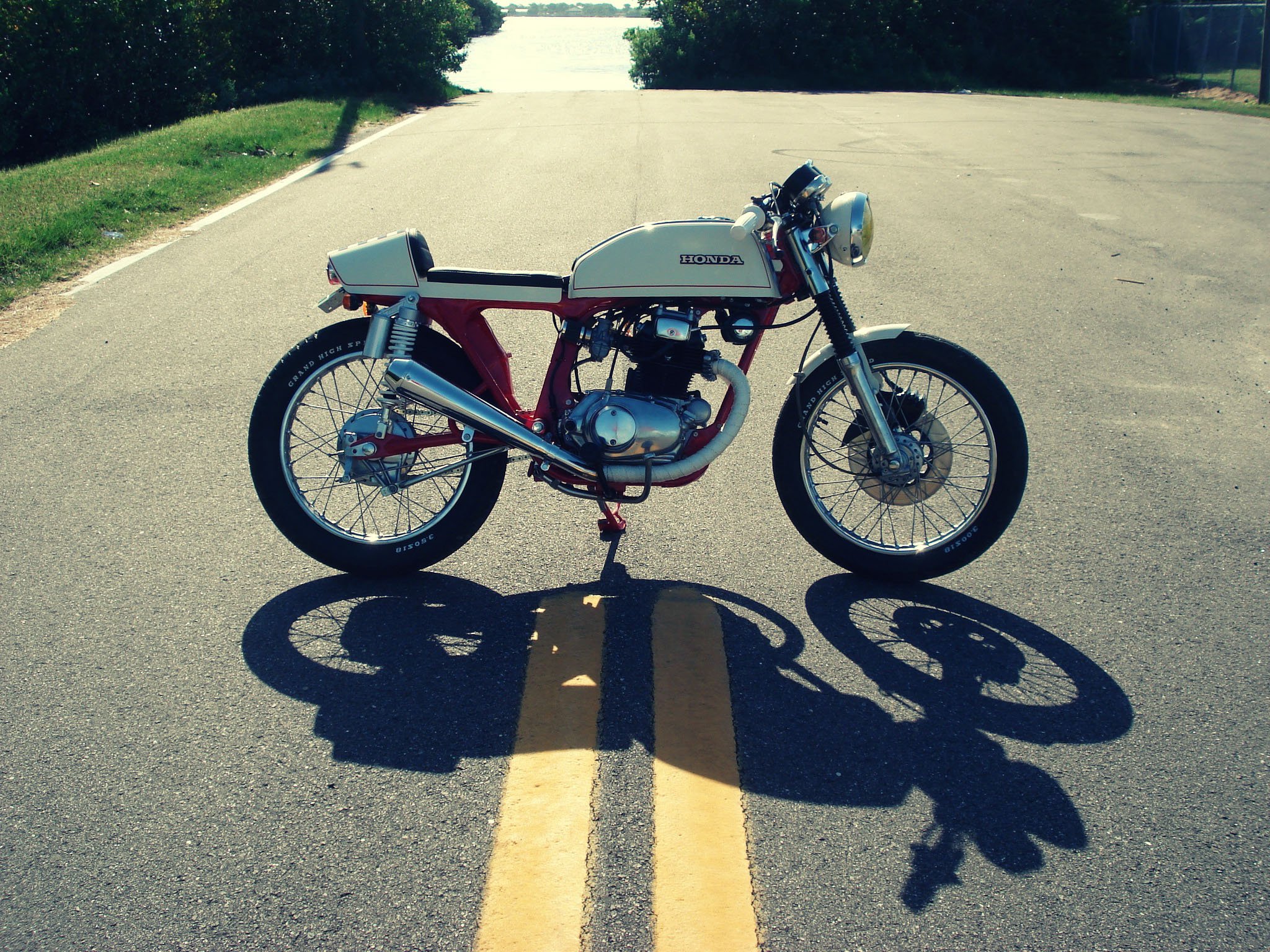 This is the new H-D x Aerosmith Burnout Tee, as the name suggests its a collaborative effort between Harley-Davidson and Aerosmith, showing a mid-20th…

Growing Old Disgracefully is an Australian documentary film about motorcycles and families, and how relationships change over time. Most people outside of Australia will…