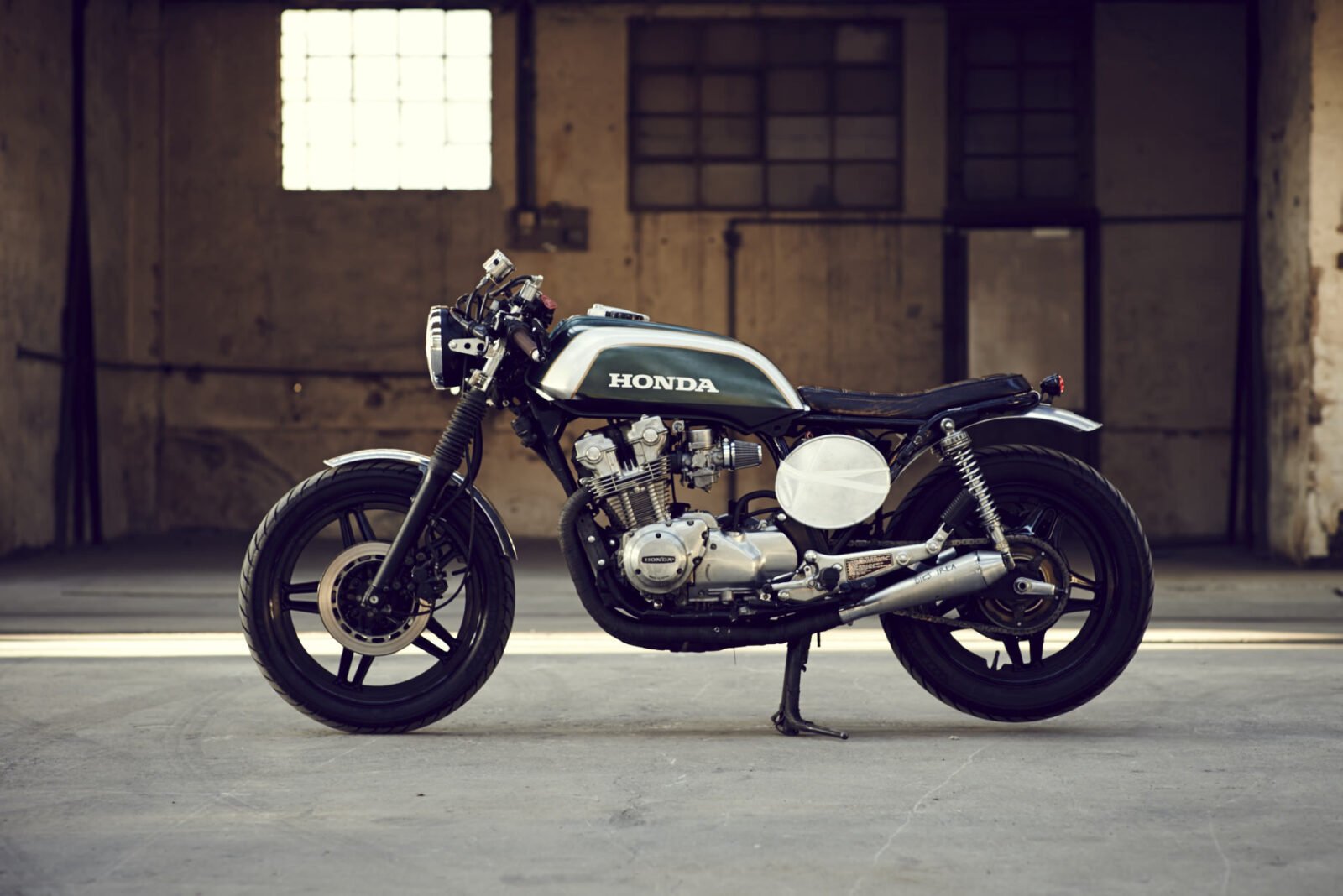 The Bol d’Or is powered by an advanced (for the time) air-cooled 901cc DOHC inline-4 capable of 95bhp at 9000 RPM, this power is sent to the rear wheel via a 5-speed gearbox and chain final drive.

Honda had come a long way with suspension development thanks to their racing endeavours – particularly the motocross racing that was hugely dependent on good springs with predictable behaviour. The Bol d’Or and the CB900F benefitted greatly from these advancements, and many journalists at the time considered them to be the best handling Hondas, and perhaps even then best handling Japanese superbikes ever made.

They started the build by stripping the bike back to its bare essentials and removing anything that wasn’t required – to reduce weight and visual clutter. They kept the original Bol d’Or tank in place with some new paint work, that was then paired with brushed aluminium side covers and fenders.

A set of four air filter pods were added in place of the original airbox, and twin aftermarket mufflers replaced the factory units. A new taillight, speedo, and headlight completed the build, and the finished bike is a tasteful custom that could comfortably be used everyday.

If you’d like to see more from Lamachine you can click here to visit their official website – and make sure to check out the surfboards while you’re there. 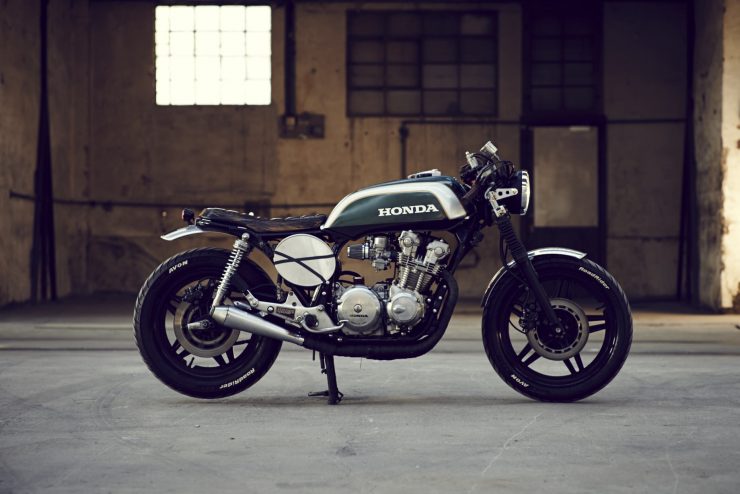 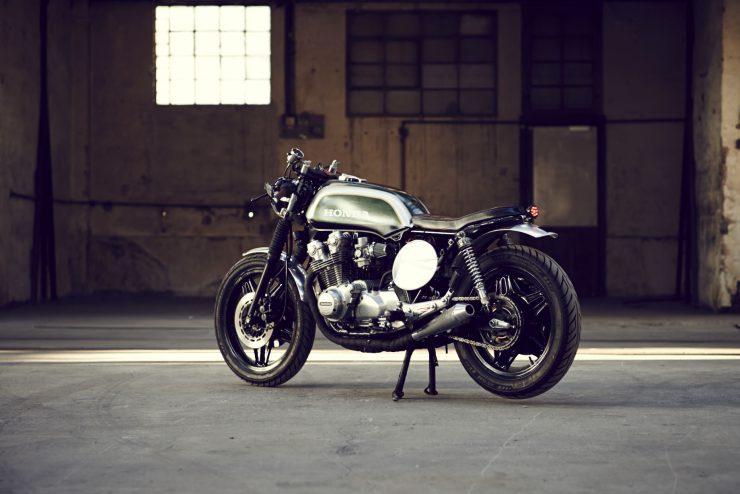 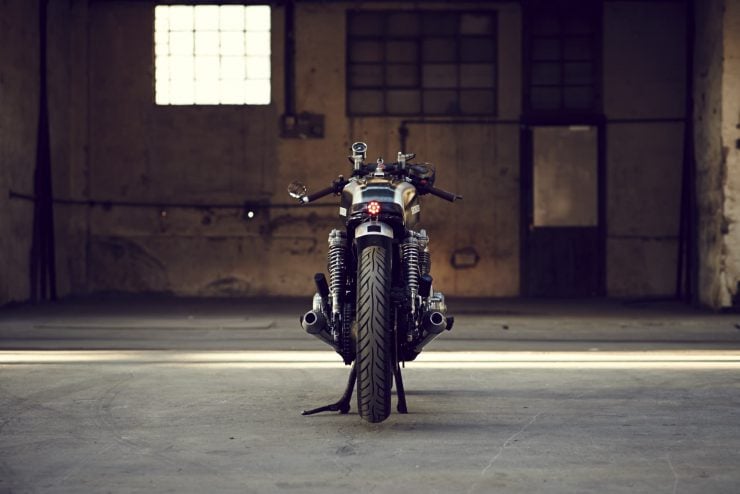 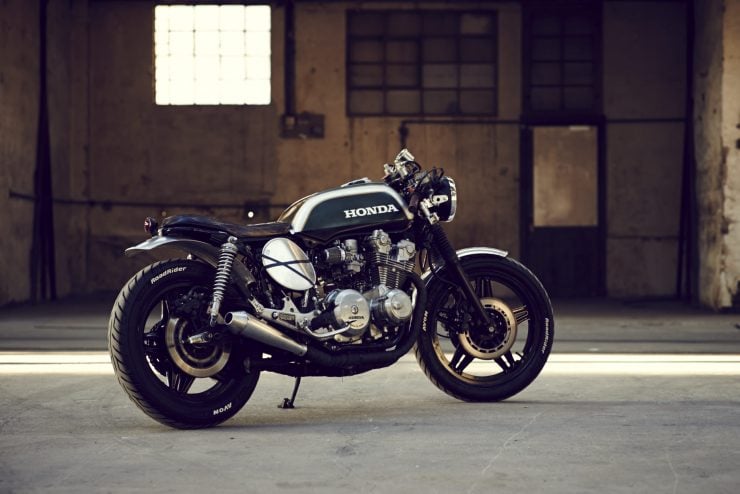 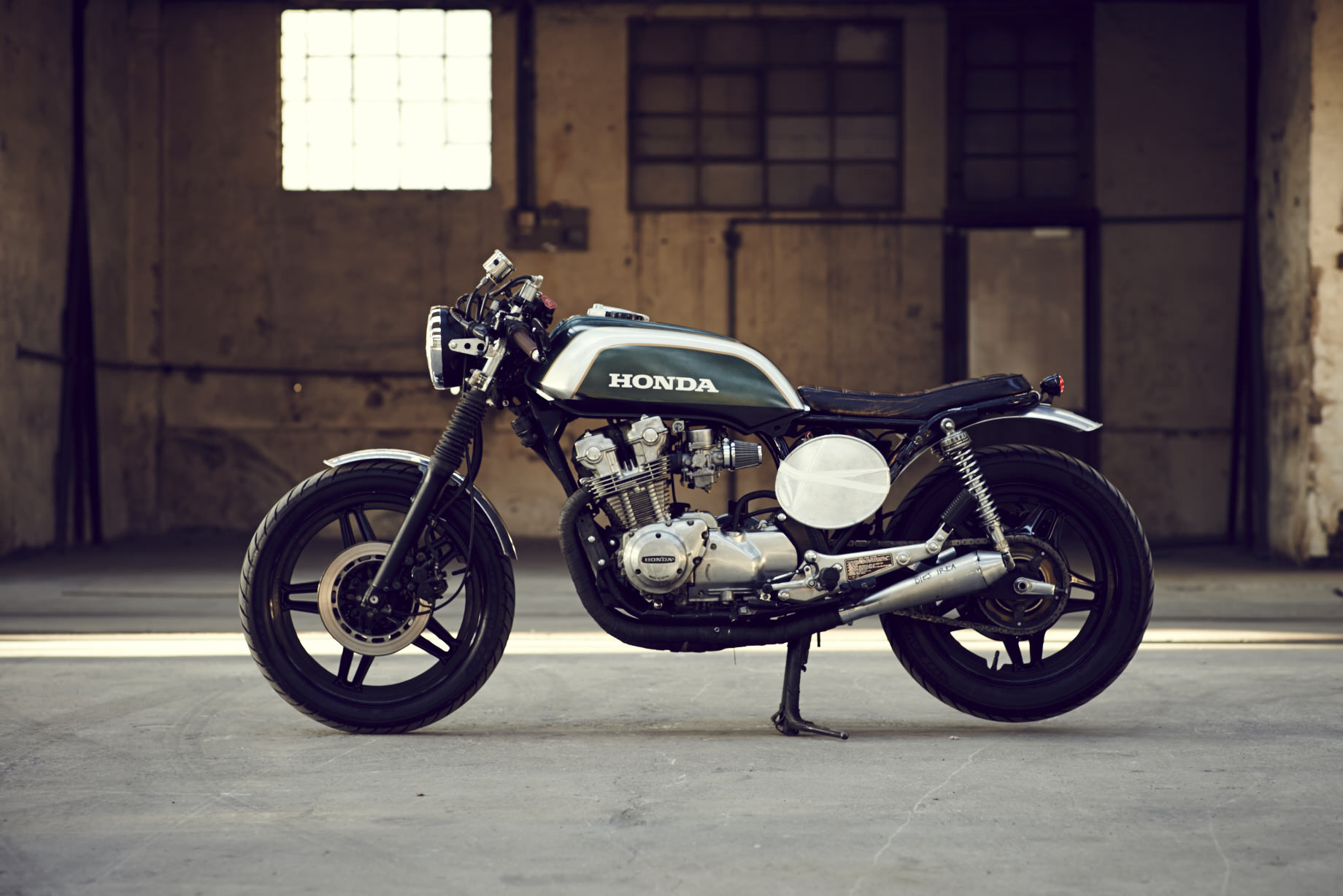