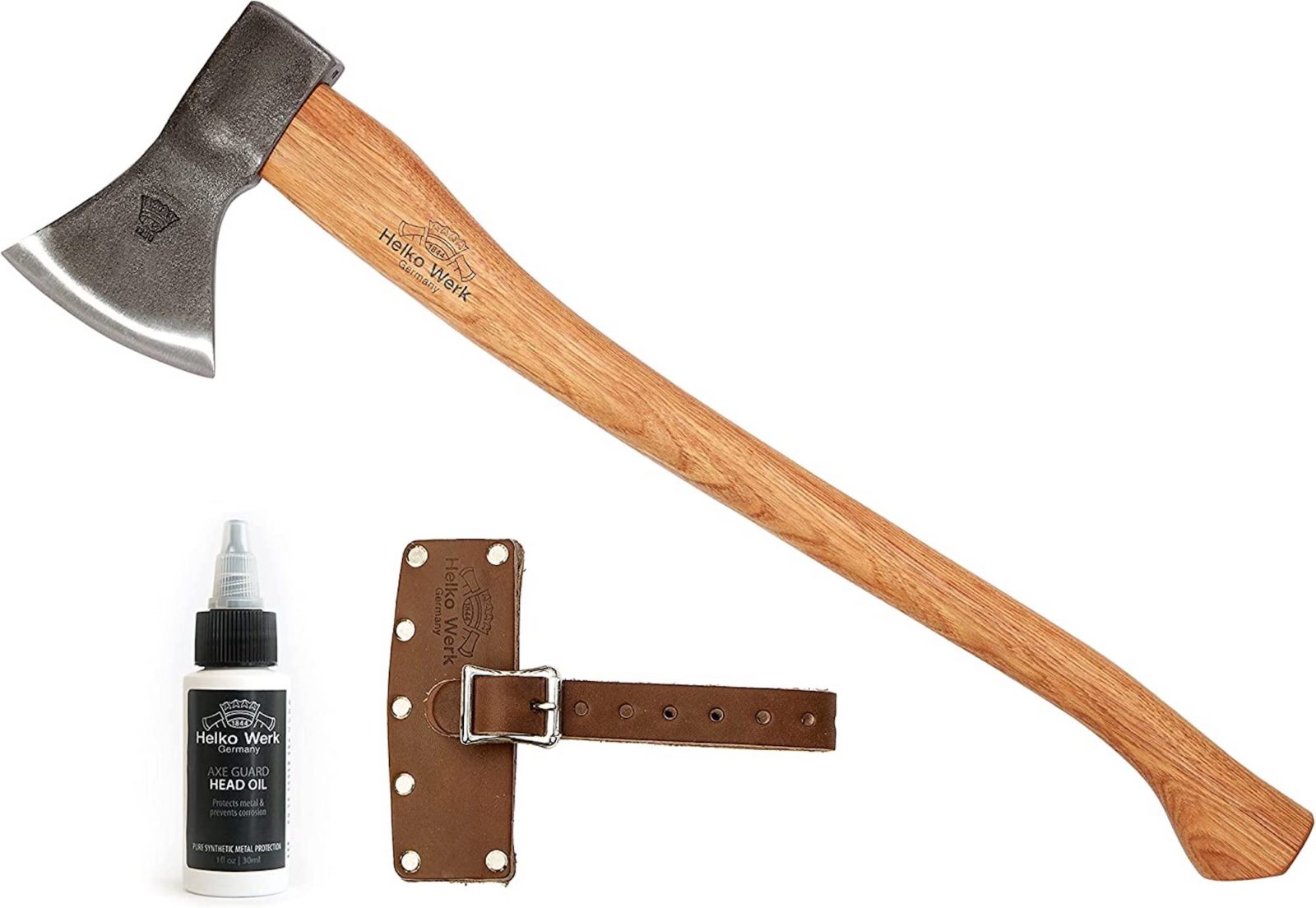 This is the Hessen Woodworker Axe from the legendary axe makers at Helko Werk based in Wuppertal in Germany. The company employs traditional blacksmiths who forge and shape each axe head by hand.

Helko Werk originally started out as the August Helsper Werkzeugfabrik (the Helsper Tool Factory) in 1844, it was founded by August Helsper and in the early years the company made axes for the heavily forested region that surrounded it. 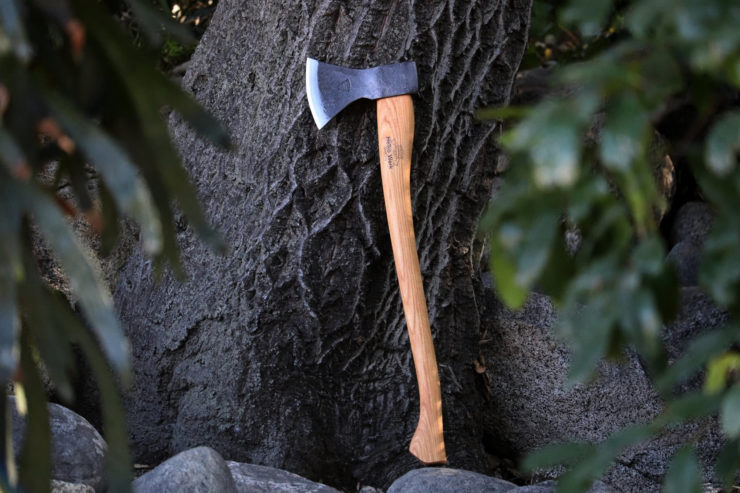 Each axe has a handmade from seasoned, sustainably sourced grade A American hickory which is individually selected for grain orientation and density and given a boiled linseed oil finish.

The factory was built alongside the Nöllenhammerbach creek in Gelpetal, and the creek ran the factory’s waterwheel which in turn ran the heavy duty forge hammers and grinding wheels.

As the company grew they expanded their product lines to include farming equipment like hoes, ploughs, and planters. Eventually they were shipping their wares across much of the world to places like Africa, Asia, and South America.

In time the Helsper family formed a partnership with the Kotthaus family, joining the two companies they formed a new company and named it Helko – by joining the first three letters of each name Helsper and Kotthaus. 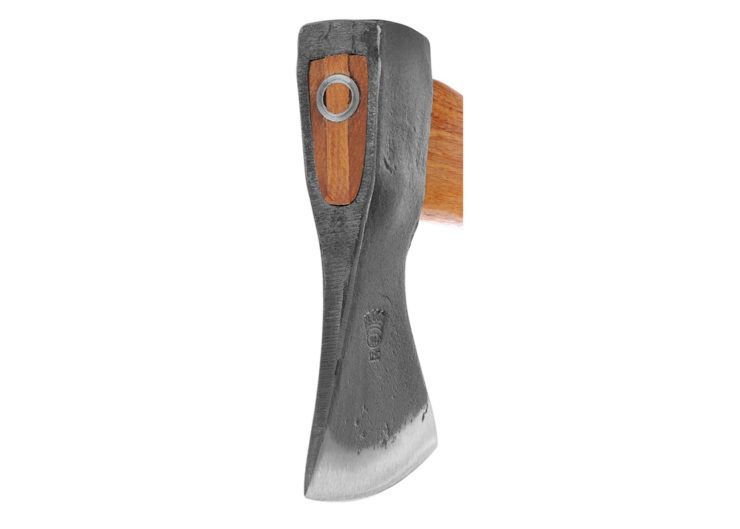 Each axe head is hand-forged using a drop hammer on open dies. They’re made from premium grade C50 high carbon steel and they have a Rockwell Hardness of 53-56 HRC.

Today the company is recognized as one of the best in the world, and they still use traditional methods with blacksmiths and forge hammers.

Helko’s wooden axe handles are all made from seasoned Grade A American hickory, and the axe heads are hardened and cooled using a proprietary method to bring the axe blades up to a Rockwell hardness of 53 – 56.

The The Hessen Woodworker Axe is a midsize, traditional German forest axe that is designed to be light enough for any user to handle comfortably, with a 2 ¾ lb Rheinland pattern axe head.

The axe head is drop forged by blacksmiths from German C50 high grade carbon steel, as a result no two axe heads are quite the same. The axe also comes with a vegetable-tanned full grain leather axe sheath to protect the head and blade edge. 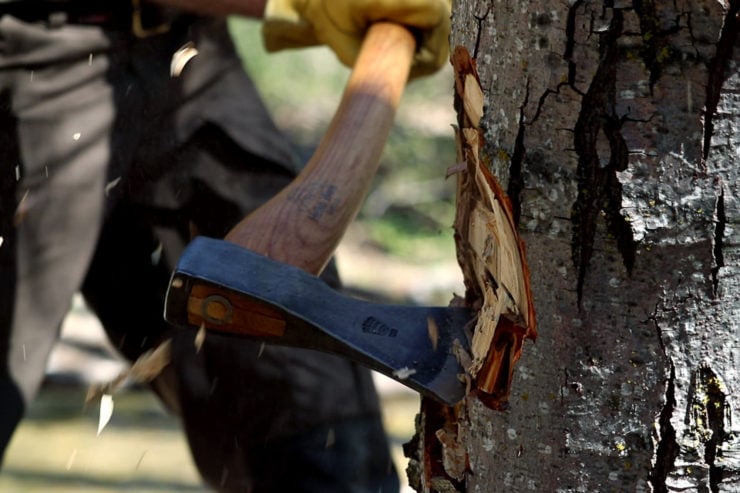 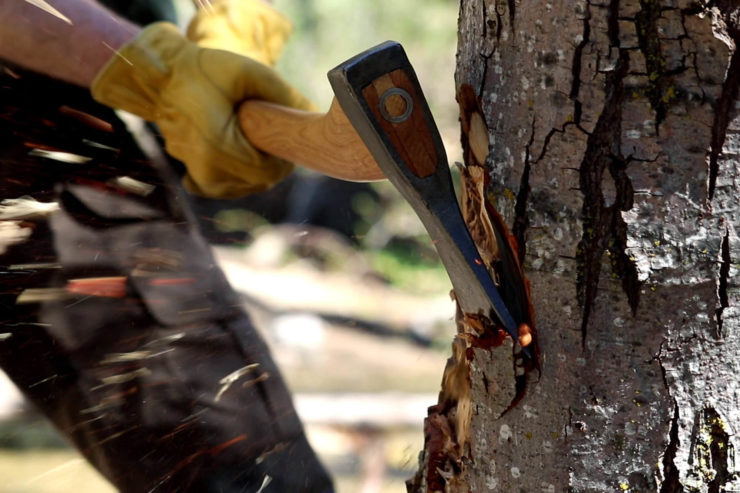 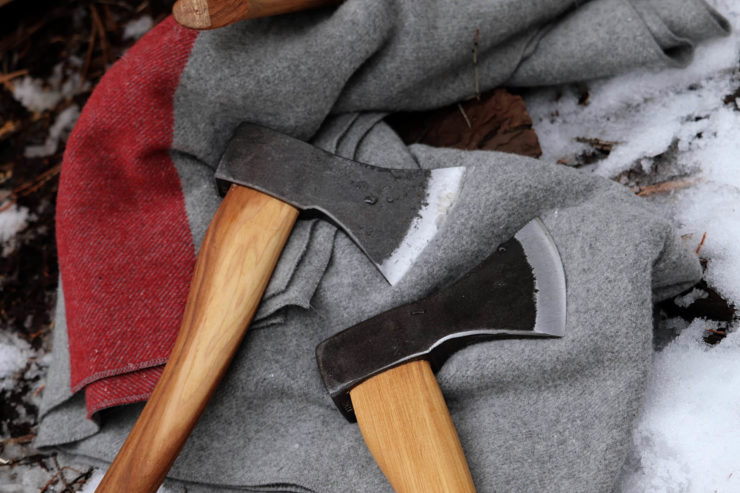 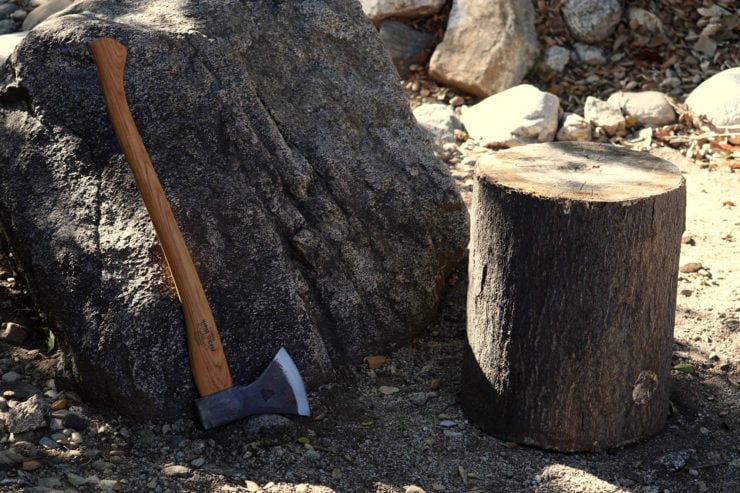 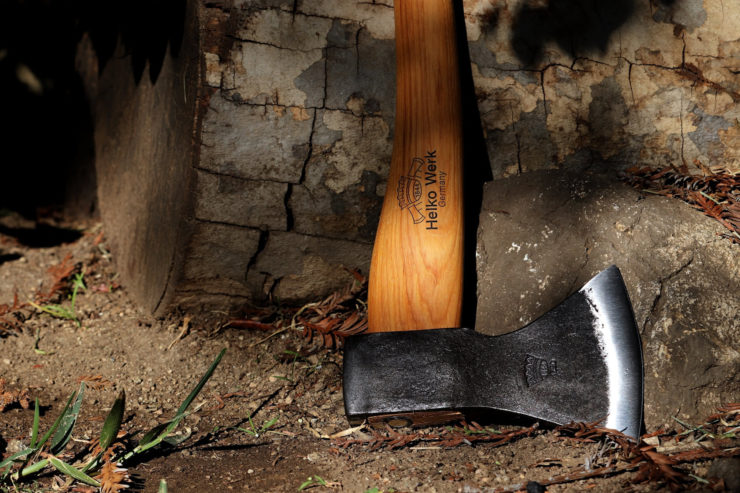 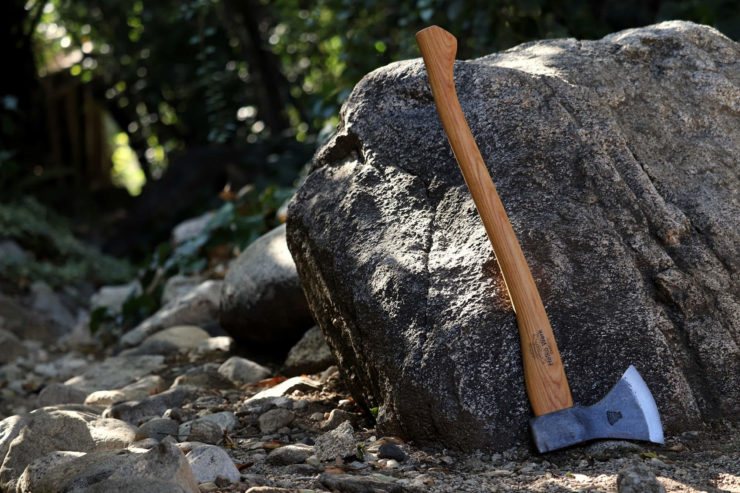 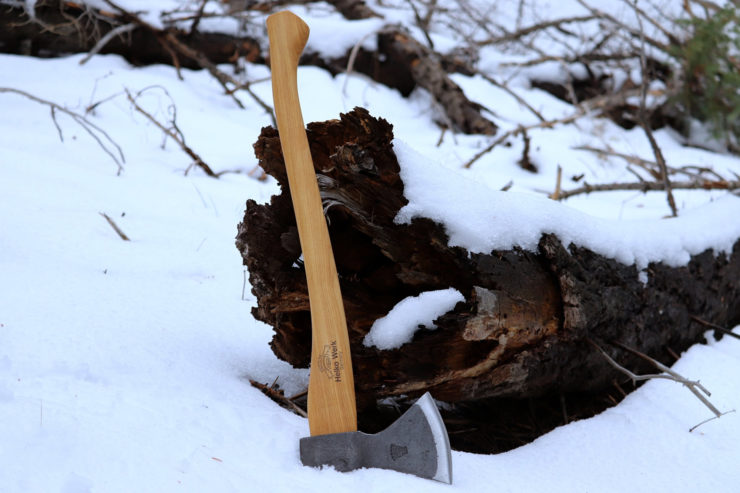 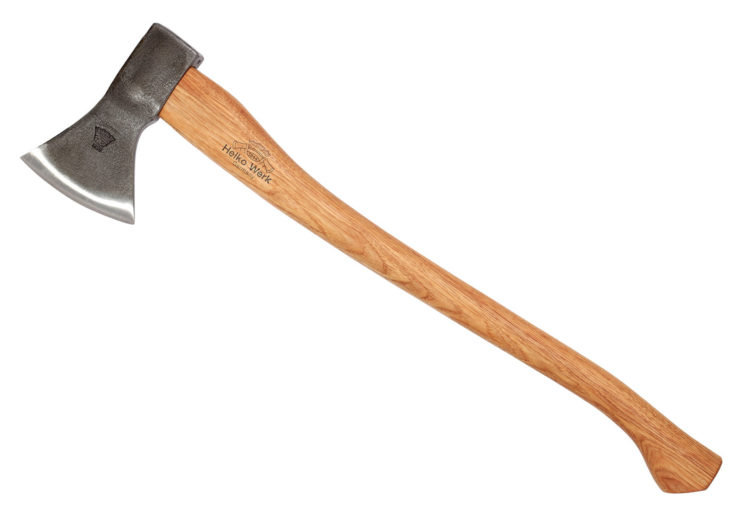