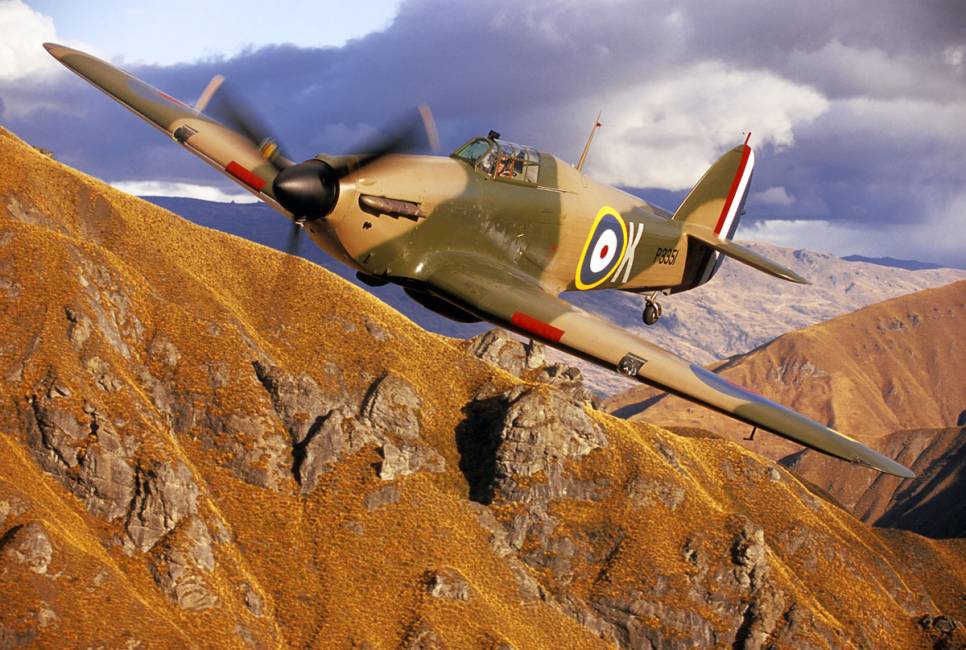 The Hawker Hurricane never quite achieved the notoriety of the Spitfire, this may be a bit of an historical oversight though when you look back at the actual statistics of the Second World War. The Hurricane was responsible for 60% of the downed aircraft during the Battle of Britain, the fighter took major roles in all airborne theatres of WWII and was favoured by many pilots for it’s extraordinary versatility.

This particular Hawker Hurricane has a truly amazing history, it saw battle in the skies of France in 1940 and was one of the last Allied planes to cross the channel back to England. It saw major use right the way through the Battle of Britain and was credited with a number of kills, after the Battle of Britain the Hurricane was assigned to the American Eagles, a squadron of American pilots who had volunteered to join the Allied war effort.

As part of the American Eagles the plane was flown on multiple missions into Germany to escort British Lancaster Bombers and sustained damage requiring extensive repairs on 2 separate occasions. Later in the war the Hurricane was sent to the Eastern Front as part of the lend-lease agreement with the Russians, on the Russian side of the war the plane saw significant action against Hitlers famous Messerschmidts.

Ultimately she was shot down on the Russian tundra near Murmansk and sat there until 1991 when she was rediscovered and sent back home to England, from England she was sold on to a museum in New Zealand and an extensive restoration was undertaken by Air New Zealand in conjunction with UK based Hawker Restorations Ltd.