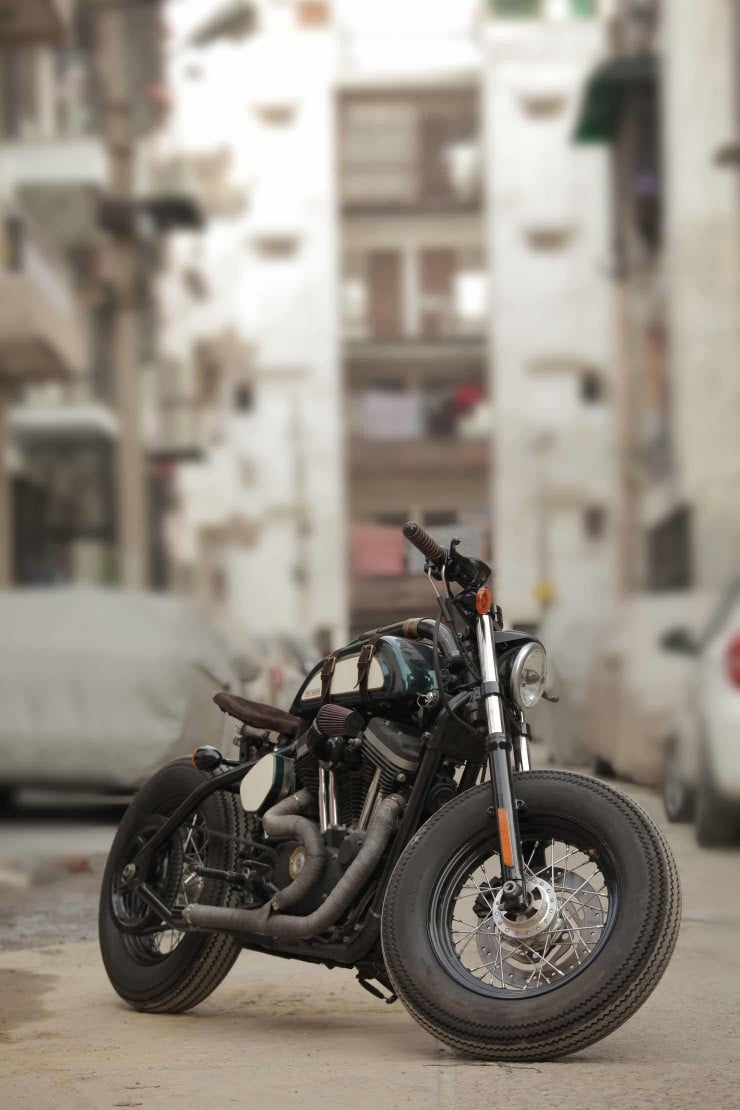 It isn’t everyday we get an email from a new custom motorcycle builder based in India, despite the fact that the country has a billion-plus residents and an enormous motorcycle culture – most of the more creative Indian customs don’t make it beyond the country’s borders. That said, I think this bike is destined to be an exception.

It was built by Tushar Jaitly, the owner and head builder at TJ Moto based out of Delhi. Tushar just graduated from an automotive design school in Italy, he moved back to Delhi to begin to apply his newly acquired skills to a line of unique, handcrafted motorcycles. This bike, called Nadia, is his first creation. It was completed at the end of September this year and if first impressions are anything to go by, I think this motorcycle might just launch him to the forefront of the Indian custom motorcycle scene.

Nadia is based on a Harley-Davidson 883, though most of the original bike has been removed and replaced with new components. In fact, Tushar only really carried over the down-tube, engine and engine mounts from the original motorcycle. A new hard-tail frame was fabricated with an interesting top tube that runs over the fuel tank, giving it an almost board-tracker look.

Firestone Deluxe Champion tires were added front and back and the fenders were removed, a new sprung seat was added and a fuel tank was handmade to slot in between the top tube and the engine. Once all the major work was done, Tushar settled on a British racing green paint job and then set it off with leather and brass accents, giving the bike a timeless, almost steampunk feel.

I suspect that we’re going to see a lot more from Tushar over the coming years, in the meantime if you’d like to stay up to date with the new creations from TJ Moto, you can click here to Like their Facebook Page or visit his website here. 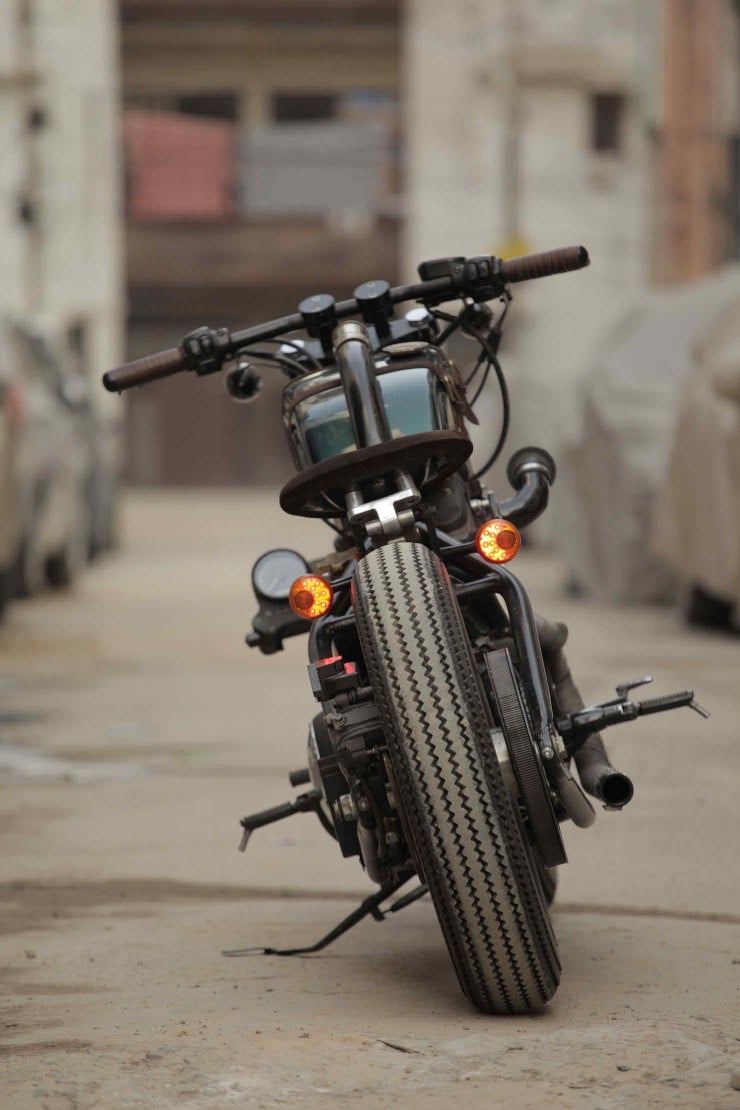 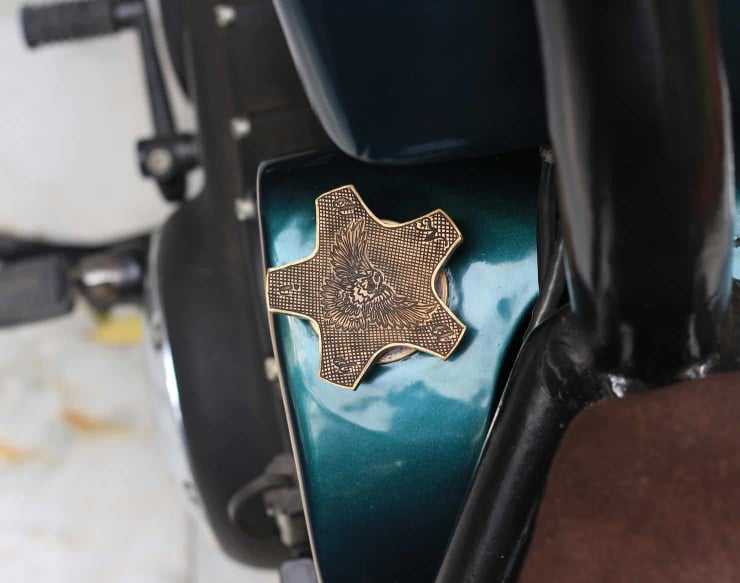 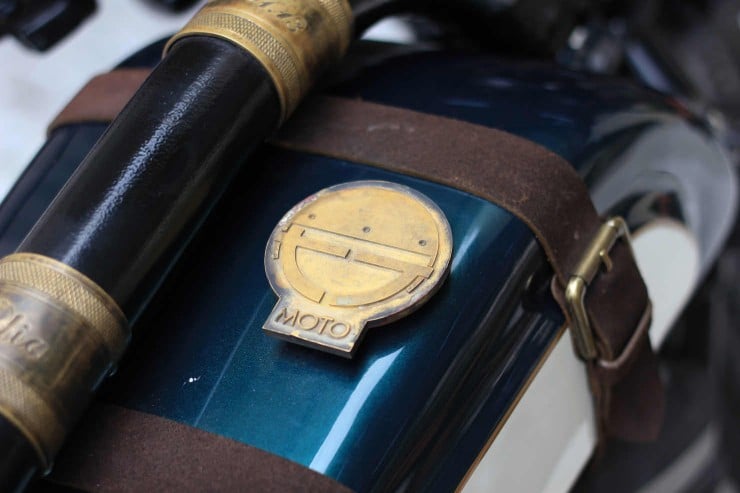 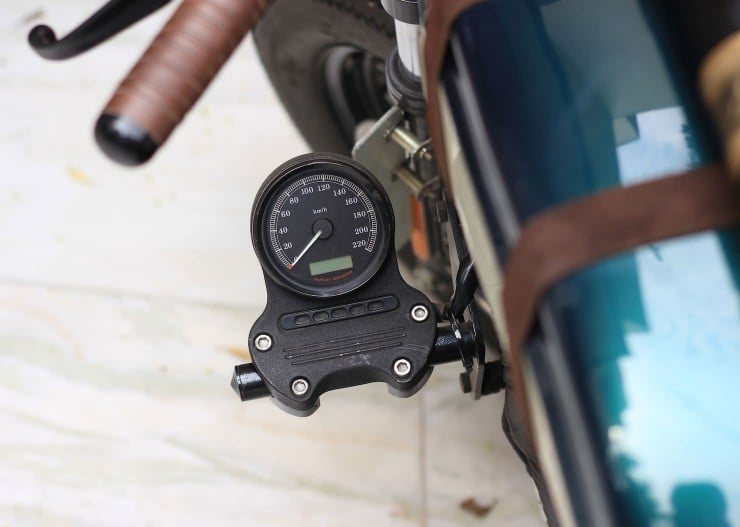 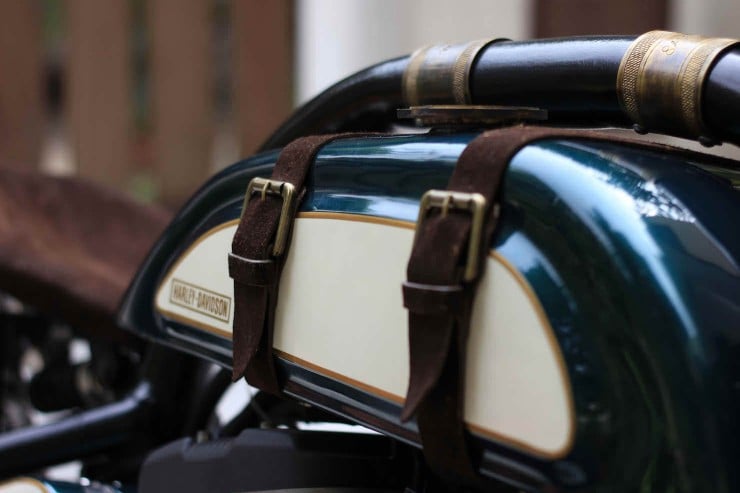 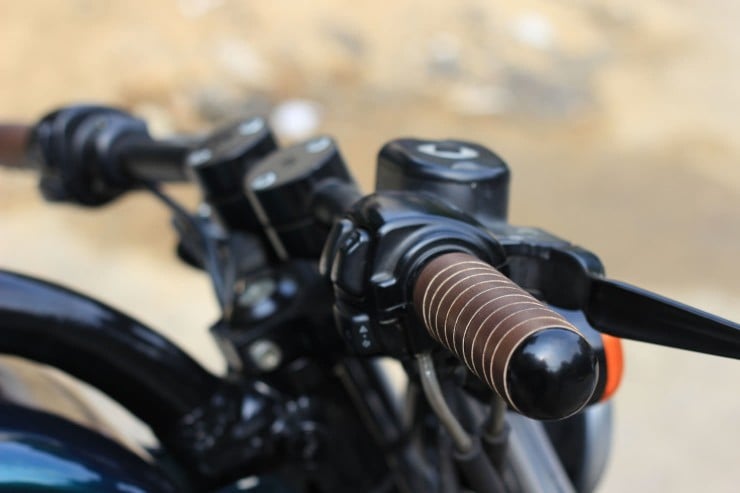 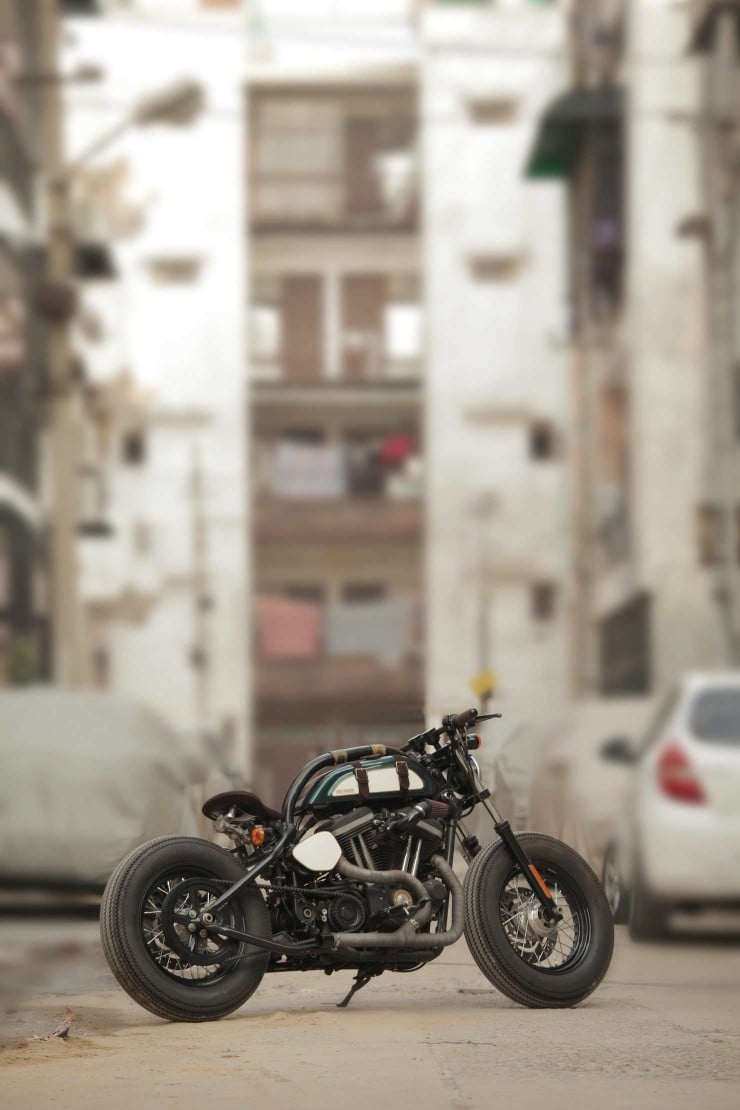 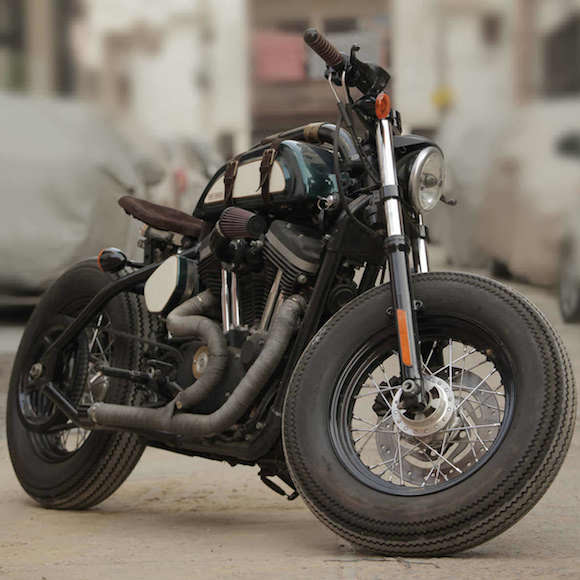