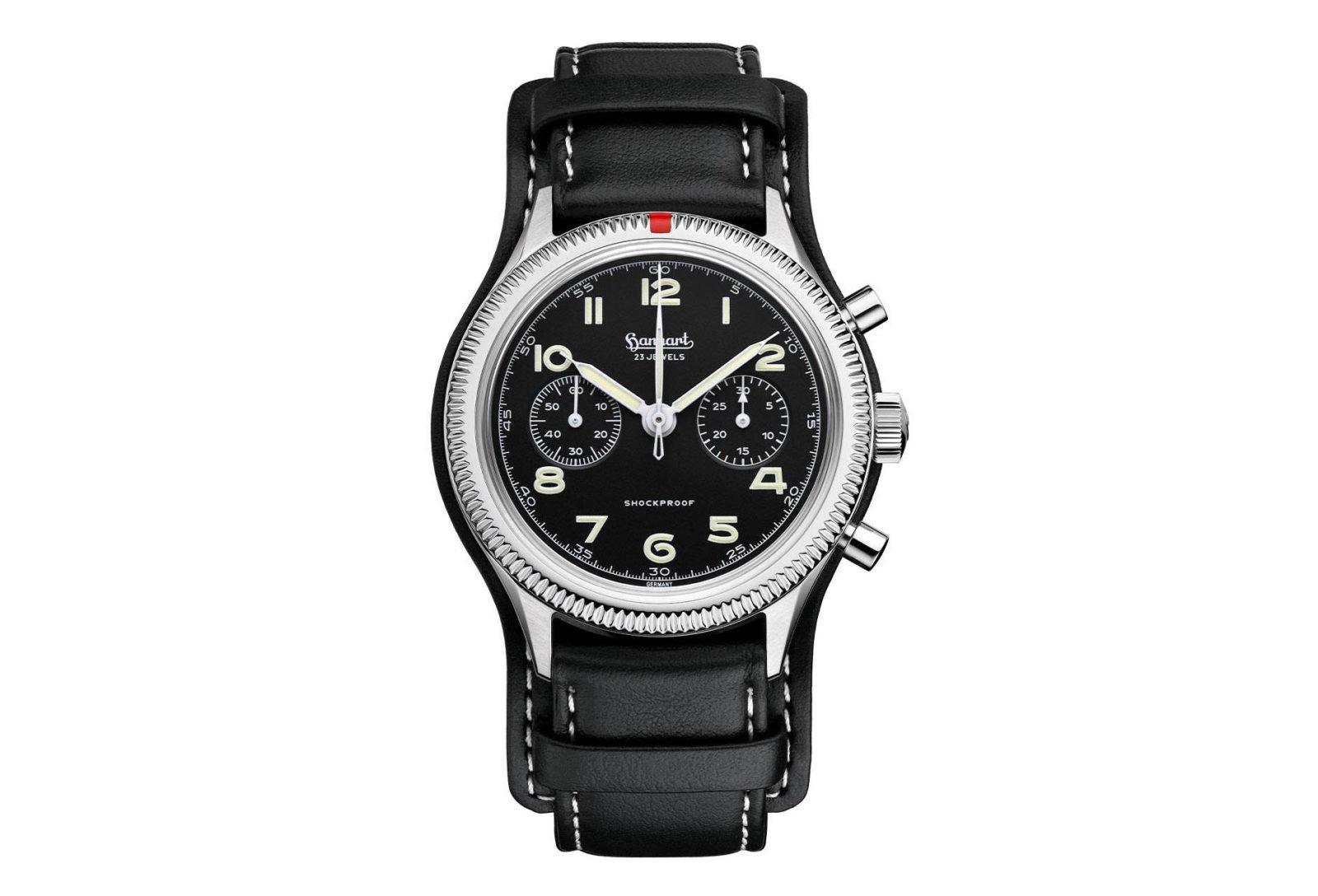 The Hanhart 417 ES is a watch that might have been known only to horological aficionados if it wasn’t for the fact that Steve McQueen owned one, and wore it regularly for many years.

The 417 is a chronograph that was favored by many pilots in the Luftwaffe during the Second World War. The wartime supply of watches was limited however, as much of Hanhart’s production capability had been focused on time delay fuses for torpedos.

Hanhart was founded in Switzerland 1882, the company moved to southern Germany in 1902 and production today remains in Germany. The company remained small for many years until Wilhelm Julius Hanhart, the son of founder Johann A. Hanhart, struck upon the idea of creating Germany’s first affordable stopwatch. 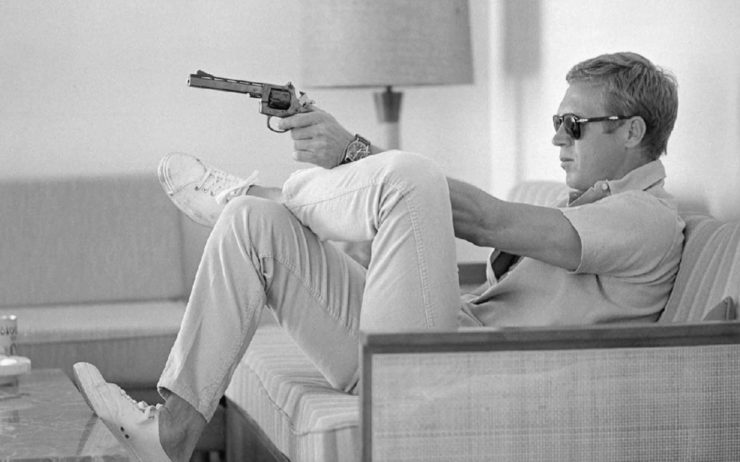 McQueen can be seen wearing his Hanhart 417 in many period photographs, like the one above. He also wore the watch while racing motorcycles in events like the International Six Days Trial.

Before this time stopwatches were typically made in Switzerland and they cost a small fortune. Wilhelm’s new line of reasonably priced stopwatches sold in high volumes, some of the revenue from these sales went into developing a line of Hanhart pilot chronographs in the 1930s.

These early chronographs would be popular with members of the German Armed Forces during WWII, pilots in particular of course, and today they’re highly collectible. After the war Hanhart was shut down for a few years but they managed to resume operations by the 1950s.

The Hanhart 417 was originally produced in two primary versions, one had a chrome-plated brass case and back, and the other was made from stainless steel. It’s widely believed that just 500 or so of these stainless steel watches were made, they can be identified by the “ES” suffix which stands for the German word “Edelstahl,” or “stainless steel.” 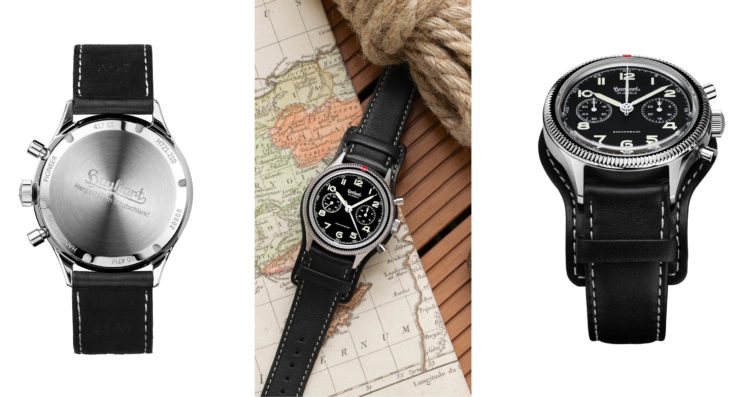 The Hanhart 417 ES looks almost indistinguishable from its mid-century forebear, it’s powered by a Swiss mechanical movement and each watch is made in Germany.

There can be little argument that the 417 and the 417 ES are the most famous chronographs built by Hanhart, thanks in no small part to Steve McQueen’s fondness for the model, and more recently the company has brought back the 417 ES with a few minor upgrades.

The watch now has a case diameter of 42 mm, up from the original 39 mm, it’s topped with a domed sapphire crystal, it has Super-LumiNova® C3 GL coated numerals and hands , it’s powered by the reliable Sellita SW 510 M movement, and unlike the original it’s water resistant to 10 bar / 10 ATM.

The team at Hanhart have been careful to keep the styling of the watch very close to the original, it comes with your choice of either medium or large black calfskin straps, and it has both a two year warranty and free worldwide shipping. The MSRP is €1,840 which works out to approximately $1,945 USD. 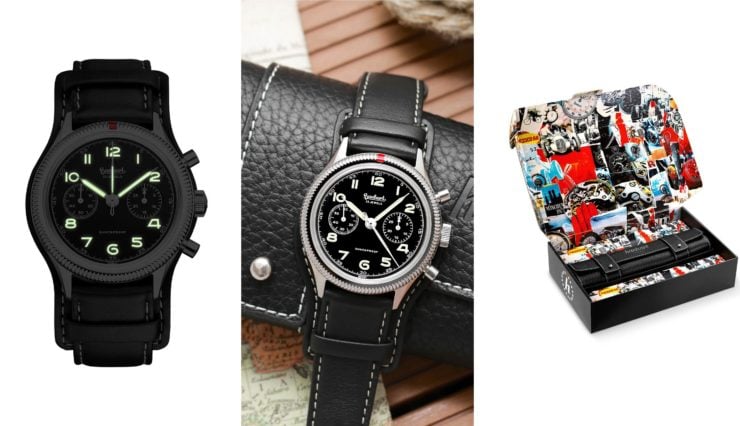