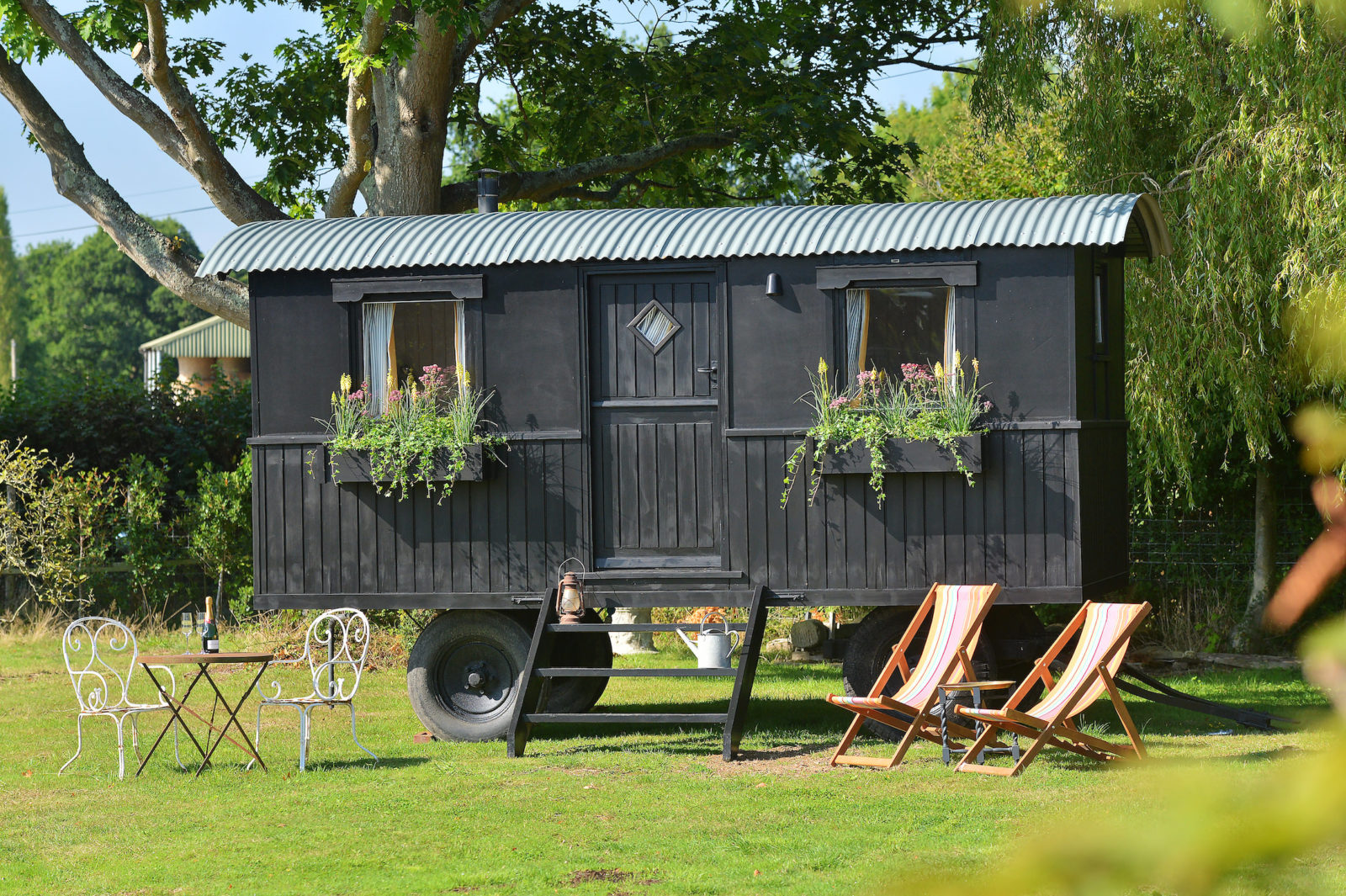 This shepherd’s hut was handmade by an English joiner working in his medieval barn workshop in Sussex. It has solid oak floors, a traditional corrugated iron roof, and fittings that were carefully selected for period correctness.

Traditional shepherd’s huts have become increasingly popular as they offer a way to quickly increase living space for people with backyards or farms, or estates. In many jurisdictions they’re also exempt from requiring council planning permission.

An early text from 1596 includes the sentence “the Shepheard hath his cabin going upon a wheel for to move here and there at his pleasure” – it’s believed to be the first ever reference to the existence of the shepherd’s hut. 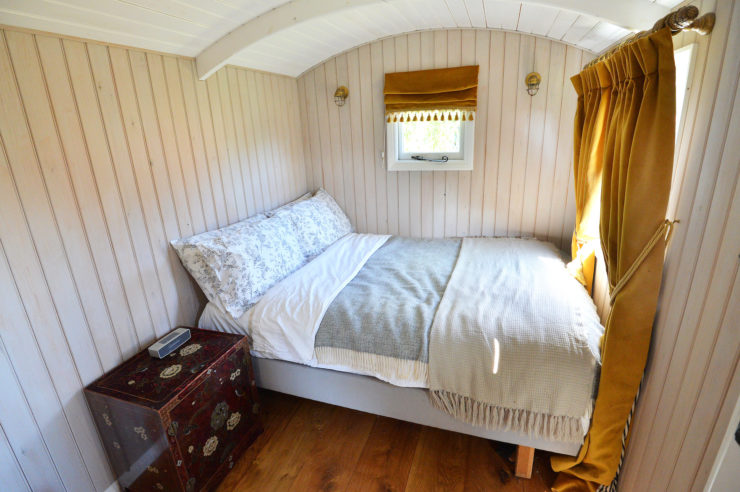 Inside this shepherd’s hut you’ll find a double bed that can comfortably sleep two.

Before long shepherd’s huts would be a common sight in the fields of sheep farms across England, Wales, and Scotland and across the channel in France. They were used by shepherds and farmers as a mobile home-away-from-home that allowed them to sleep out near their flocks.

Shepherd’s huts were particularly useful during sheep raising and lambing seasons, though they began to decline in popularity as the 20th century progressed and access to tractors and other means of transportation became more common.

Back in the 15th century shepherd’s huts were largely made from locally sourced wood, they were simple affairs that offered only the bare essentials, typically a bed or sleeping mat, a wood stove for warmth and cooking, a door, and a window on each of the four sides so the shepherd could see the flock.

As time went by the accommodations improved, more modern examples often have sinks with running water, some have toilets, and some even have air-conditioning and showers with hot water. 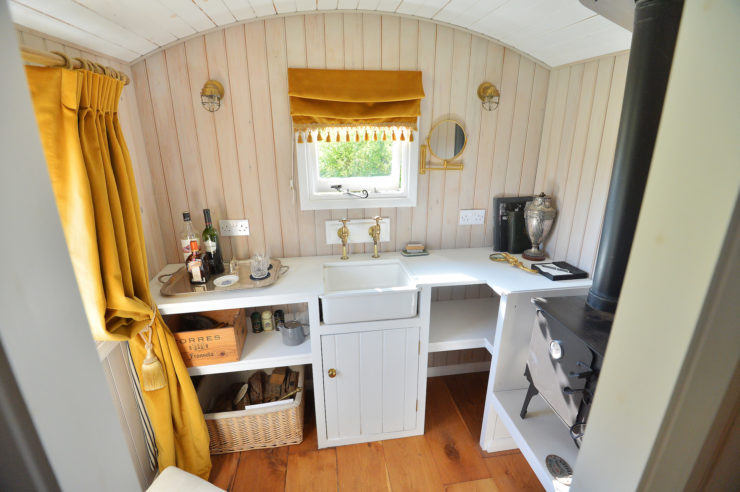 It has a nicely equipped kitchen with traditional taps flowing into a ceramic basin, and a wood burning stove.

These modern shepherd’s huts are rarely used by farmers, they’ve now become a favorite of the glamping crowd and many people use them as a way of expanding their home accommodation options – the shepherd’s hut essentially becomes a new bedroom in the backyard.

The shepherd’s hut you see here is the work of the appropriately named company Artisan Shepherds Huts based in a medieval barn/workshop in Sussex in southern England. The work is all done by the company founder and a highly skilled joiner who had previously been working on listed historic buildings and bespoke furniture.

Each of these shepherd’s huts is built using traditional materials and period correct parts where possible, some even receive wheels cast from molten iron using original patterns. The hut you see here was built on a classic four-wheeled farm trailer fitted with rubber tires, which may make it a little easier to move around.

It has solid oak flooring, carefully chosen fixtures and fittings, a sink with brass taps, electrical outlets, a wood stove for warmth, electric lighting, and a double bed. 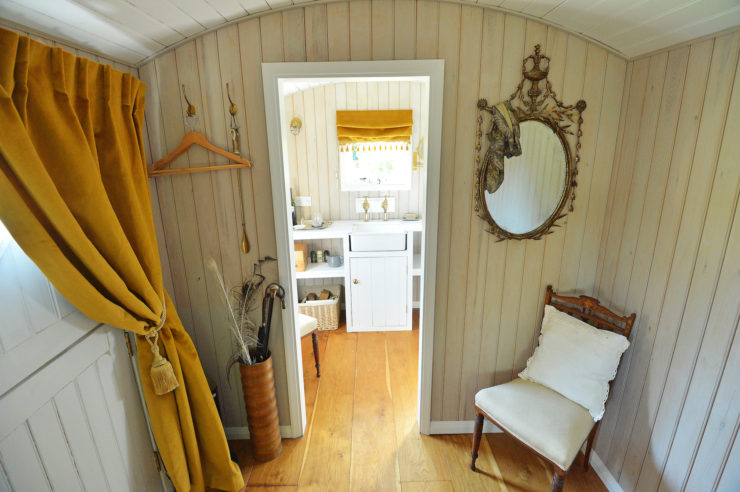 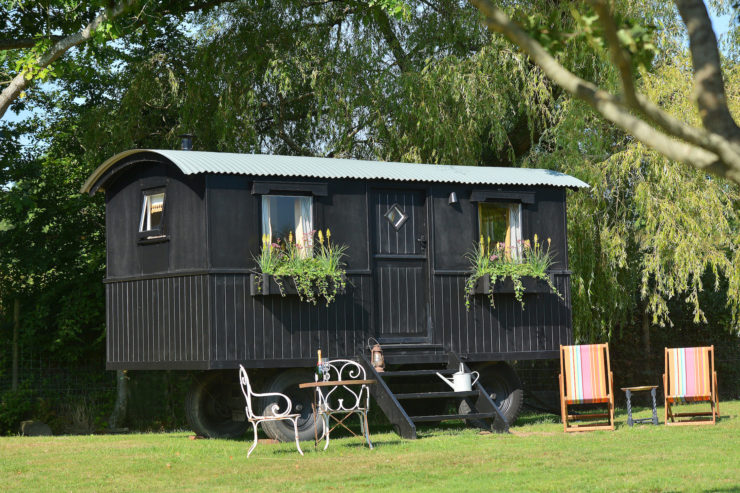 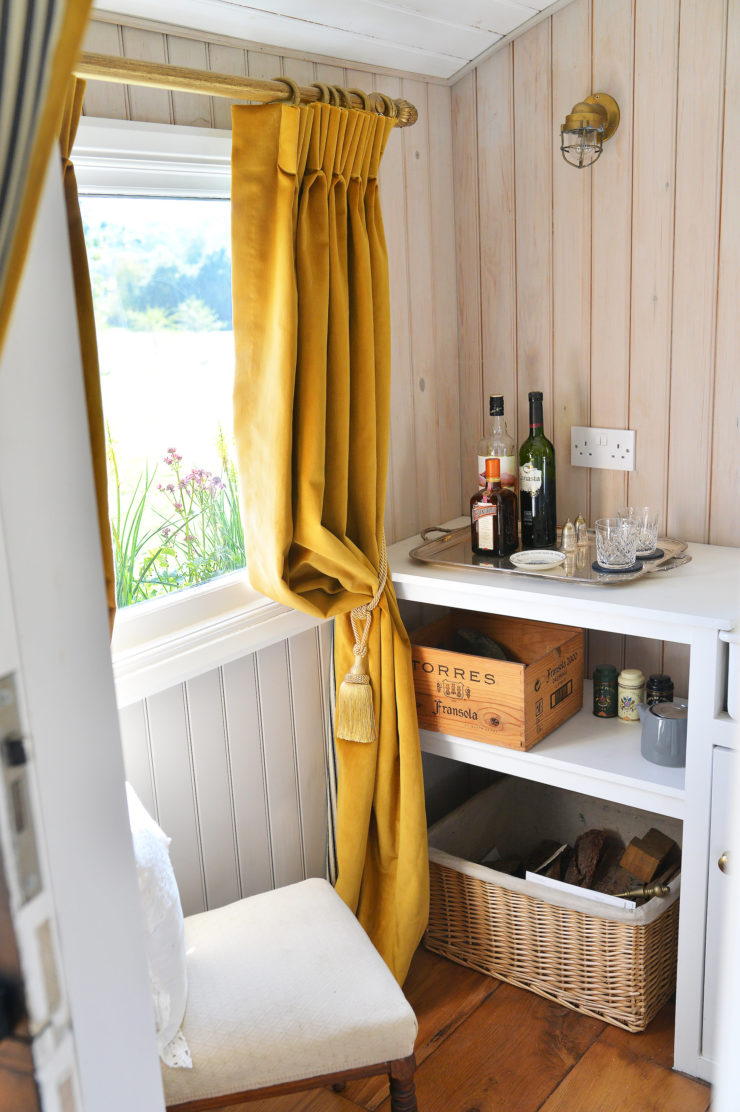 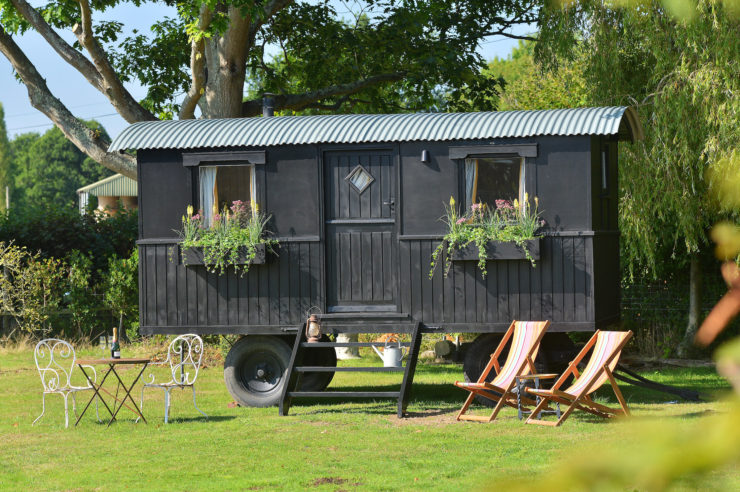 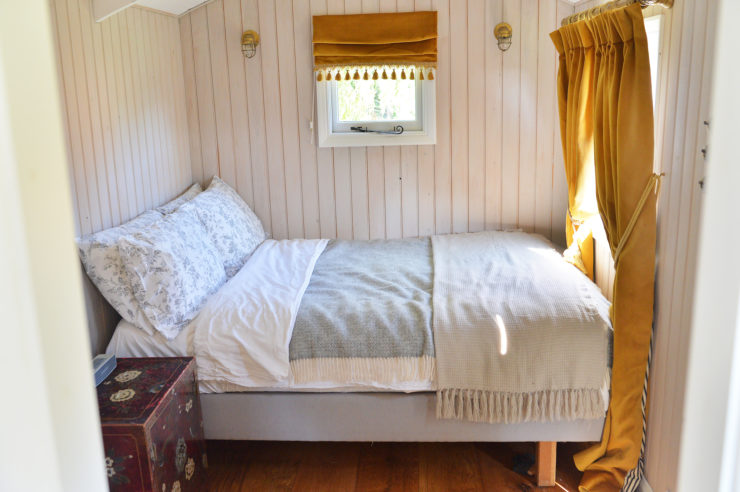 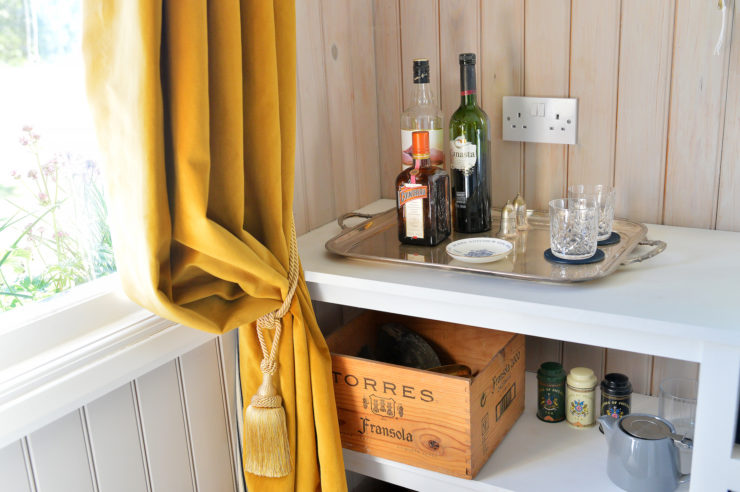 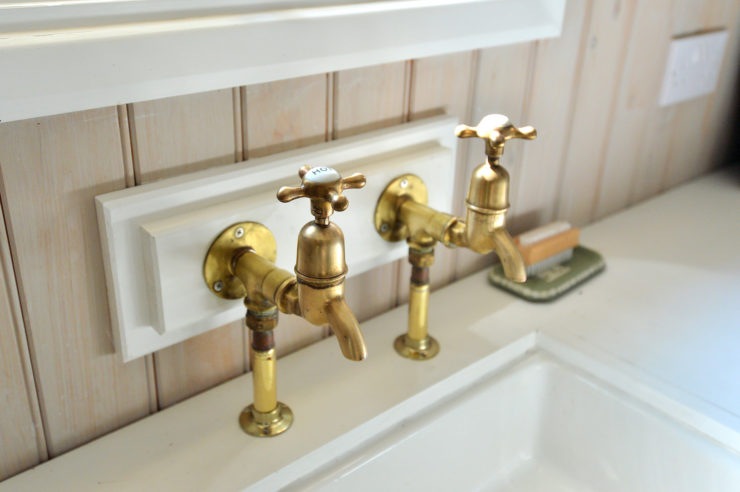 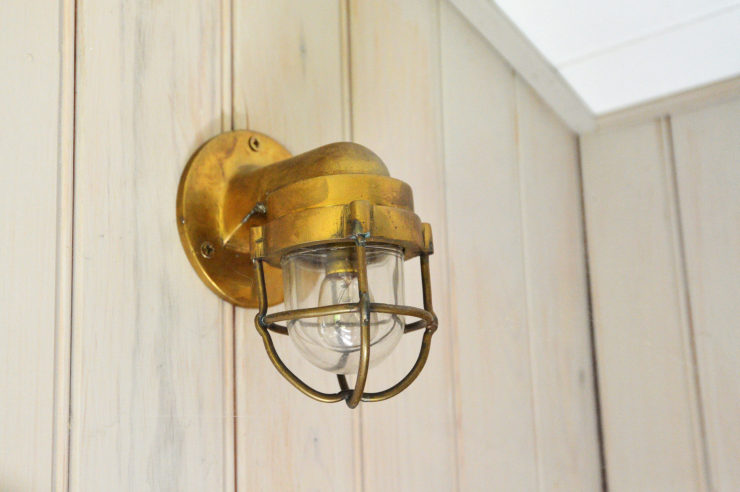 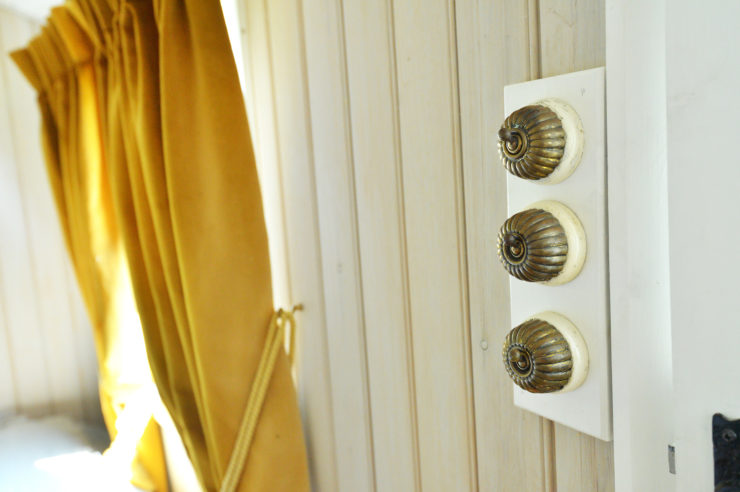 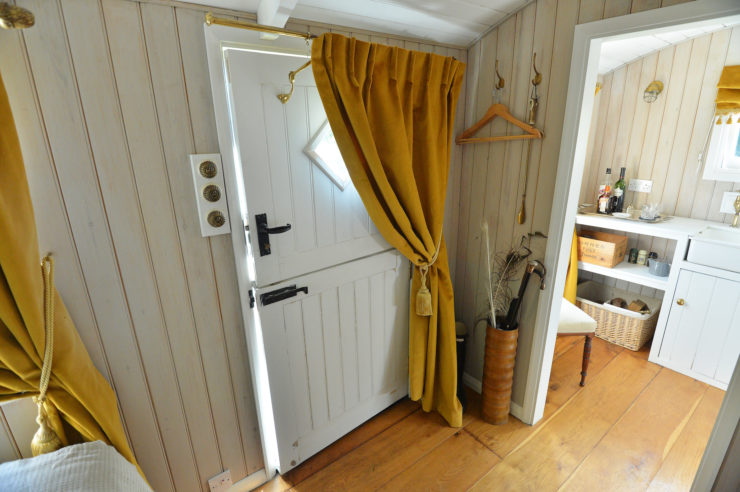 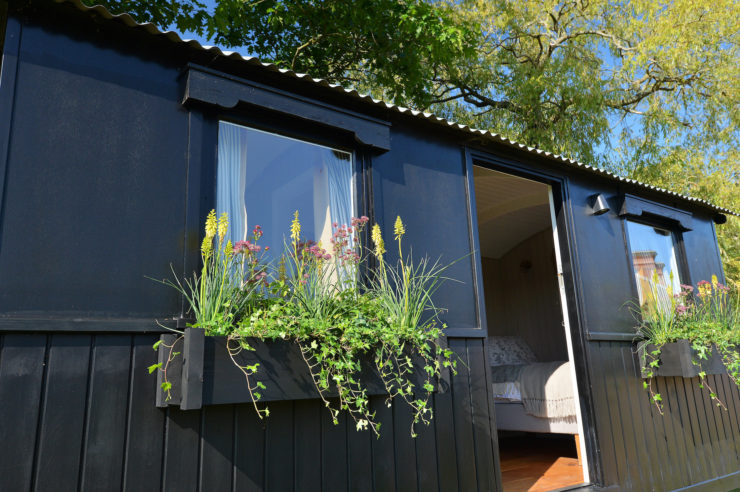 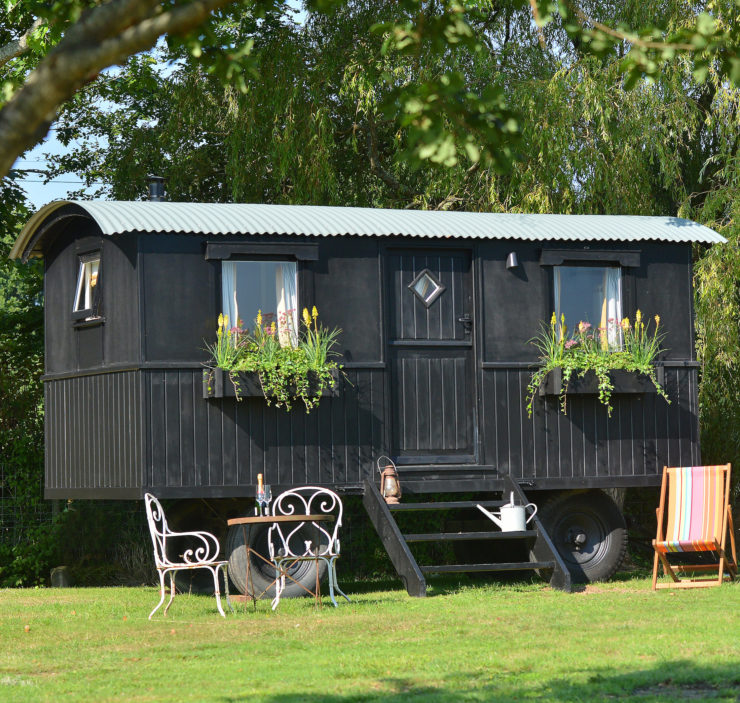