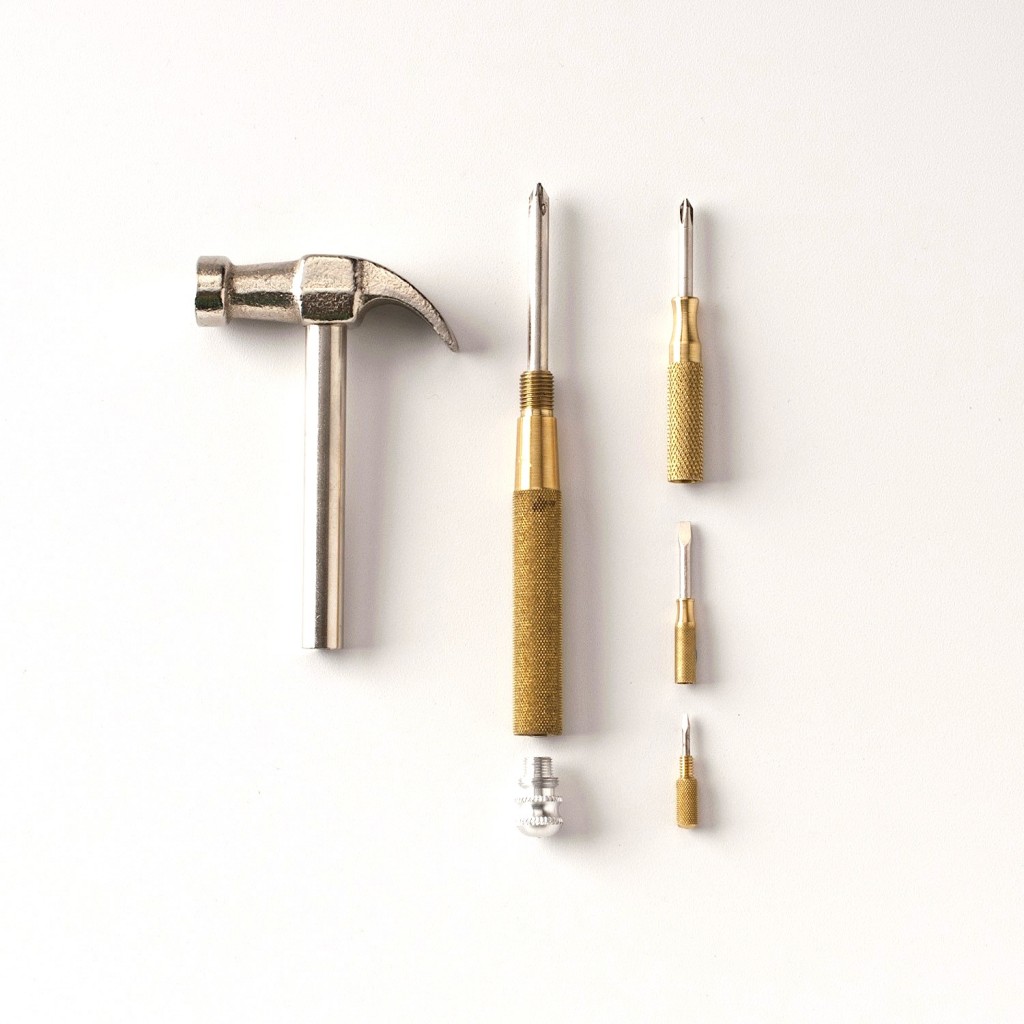 The Hammer Screwdriver Combination Tool is one of those things we all need around the house, it includes a hammer, claw, 2 phillips and 2 flat-head screwdrivers that all screw into the handle when not being used.

Each one is hand made in Pennsylvania from tempered steel and knurled, solid brass. They look like they’ll withstand almost anything, up to and including a thermonuclear blast.

Grab yours here via Schoolhouse Electric. 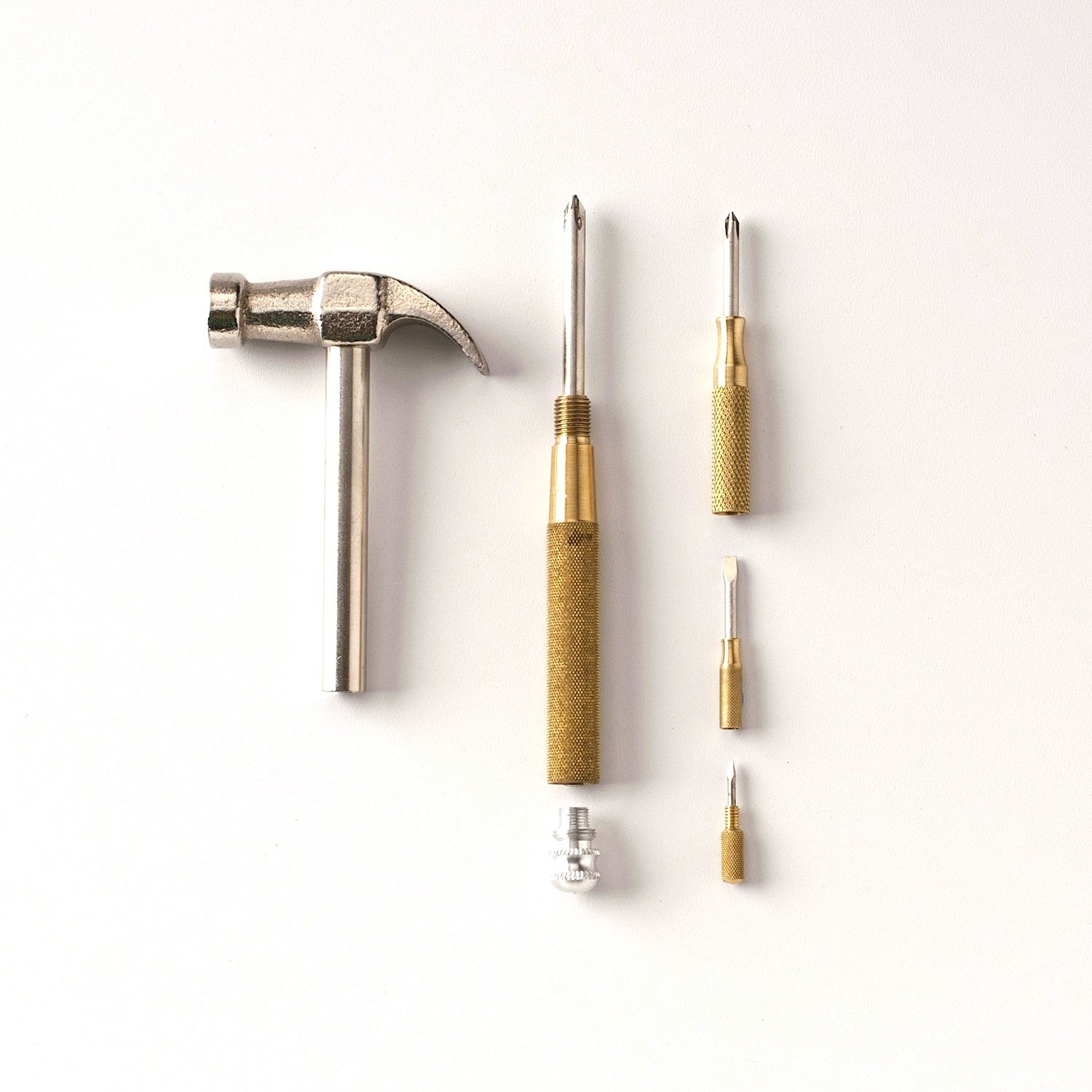