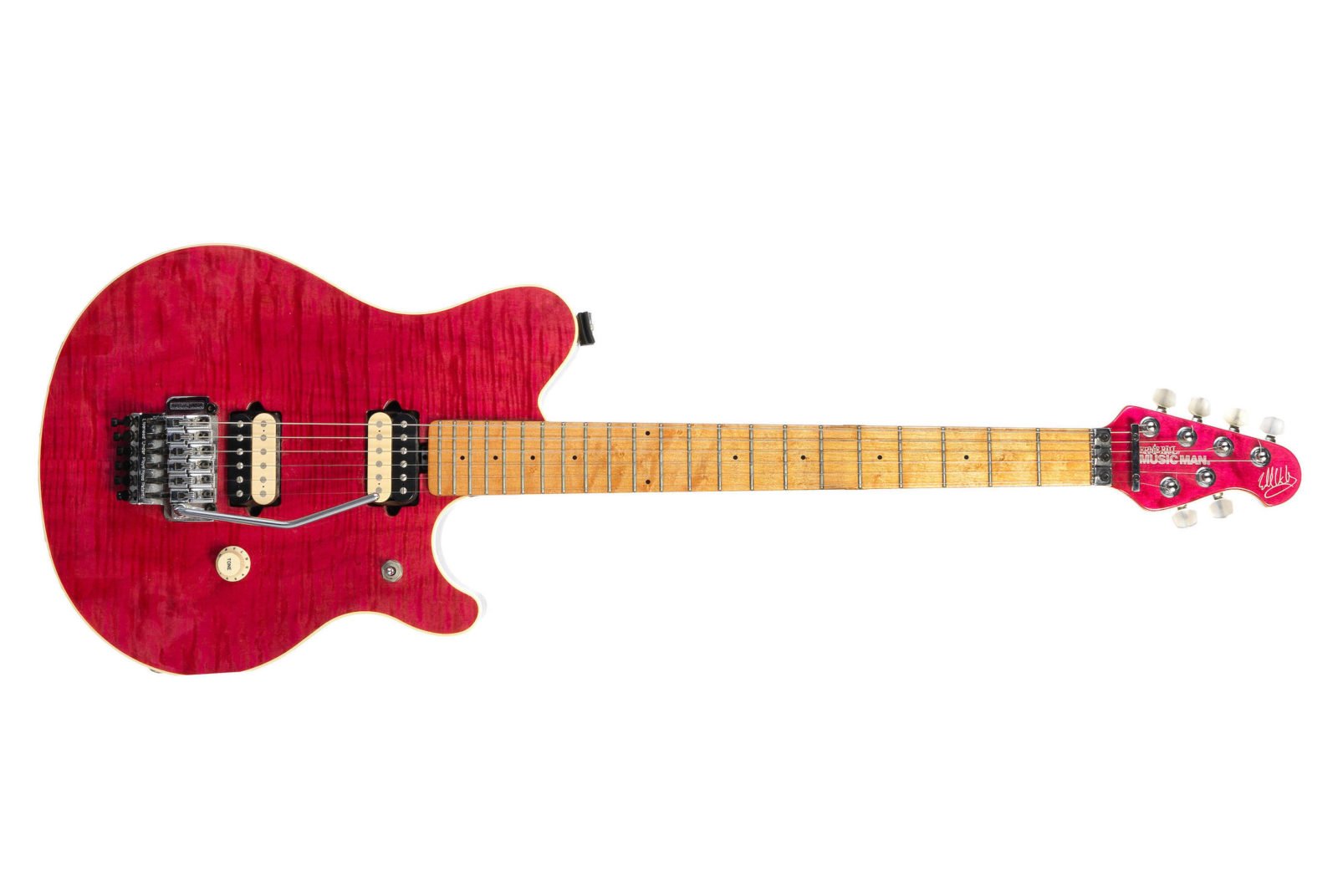 The story behind this guitar is a little more interesting than most, when new it was delivered to an instrument shop called Musical Exchanges, in Birmingham, England.

Before it was sold Eddie Van Halen and Tony Iommi of Black Sabbath stopped by the store and asked to borrow it for an impromptu recording session.

This is Eddie Van Halen And Tony Iommi of Black Sabbath in Musical Exchanges, in Birmingham, England. They’re borrowing the guitar in this picture and they’re accompanied by staff from the store, it’s dated “Spring 1994.”

No doubt surprised to see two of the world’s most famous guitarists wander into the shop, the staff agreed to the request immediately and used for a picture with them (shown above).

Eddie left with the guitar to spend the day in the studio with Tony and the rest of Black Sabbath as they worked on Cross Purposes, their 17th album.

The fact that Eddie and Tony were in England at the same time was purely a coincidence, Tony was there recording and Van Halen was on tour in the country at the time.

The two men had become close friends in 1978 when the still relatively new band Van Halen secured a gig opening for Black Sabbath on tour. 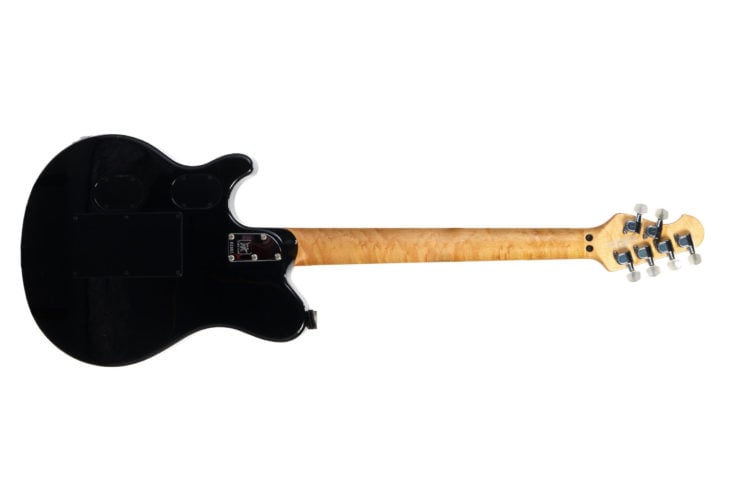 The Ernie Ball Music Man “Edward Van Halen” signature model has a basswood body with a maple top, two DiMarzio humbucker pickups, a three-way selector and one control, a Floyd Rose tremolo, and a maple neck and fingerboard with dot markers.

When Tony discovered that Eddie was in town he invited him to come join the band in the studio, they stopped by a music shop to borrow a guitar for Eddie and I’ll let Tony tell you what happened next:

“We played some of the Sabbath stuff for him. One of his favorites was ‘Into The Void’, strangely enough,” Tony went on. “We played that and we went back to writing. I think it was ‘Evil Eye’, and I said, ‘Go on, you play the solo on this.’

He did and it was really great. When we recorded it, of course, I tried to duplicate that, but I couldn’t. [Laughs]” – Tony Iommi of Black Sabbath

The guitar was later returned to the store, it was carefully catalogued as its value had obviously now skyrocketed.

Editor’s Note: An earlier version of this article listed Eddie Van Halen as the lead singer of Van Halen when we of course meant lead guitarist. Special thanks to Richard S. for catching the error and letting us know. 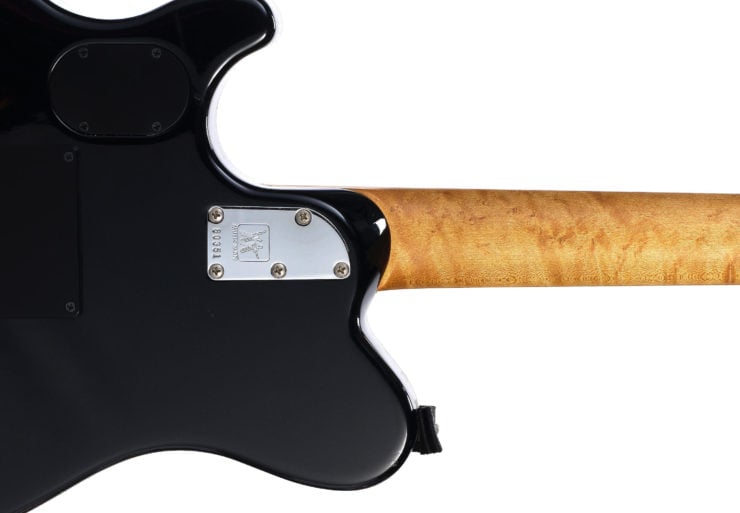