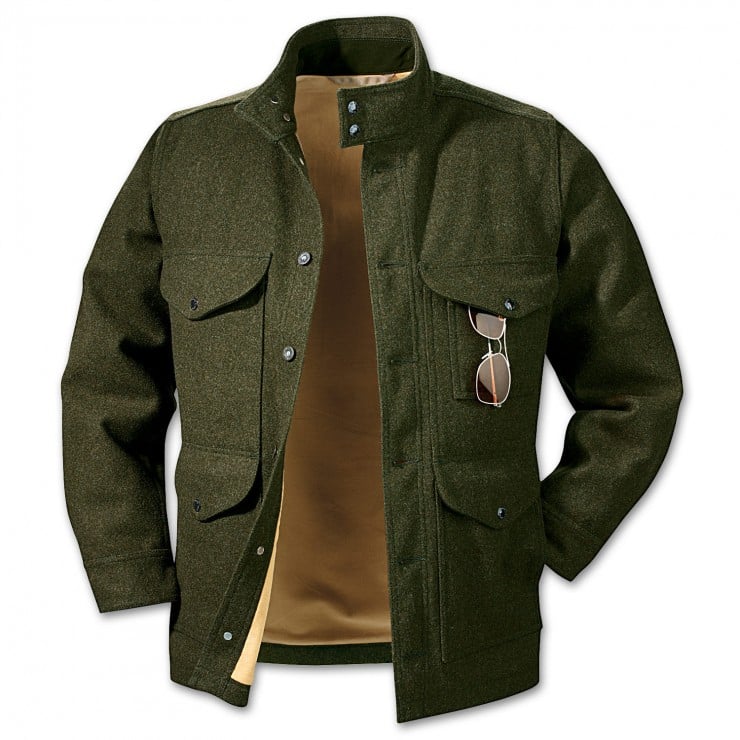 The Greenwood Wool Jacket by Filson is a fantastic winter coat for those times when you have no choice but to trudge out into the deep freeze. Each jacket is made in the USA from American wool and has a 6 metal rivet button front closure, 2 upper chest pockets with button flap closures, 1 smaller chest pocket, 2 lower pockets, 1 interior pocket and 1 interior zippered security pocket. 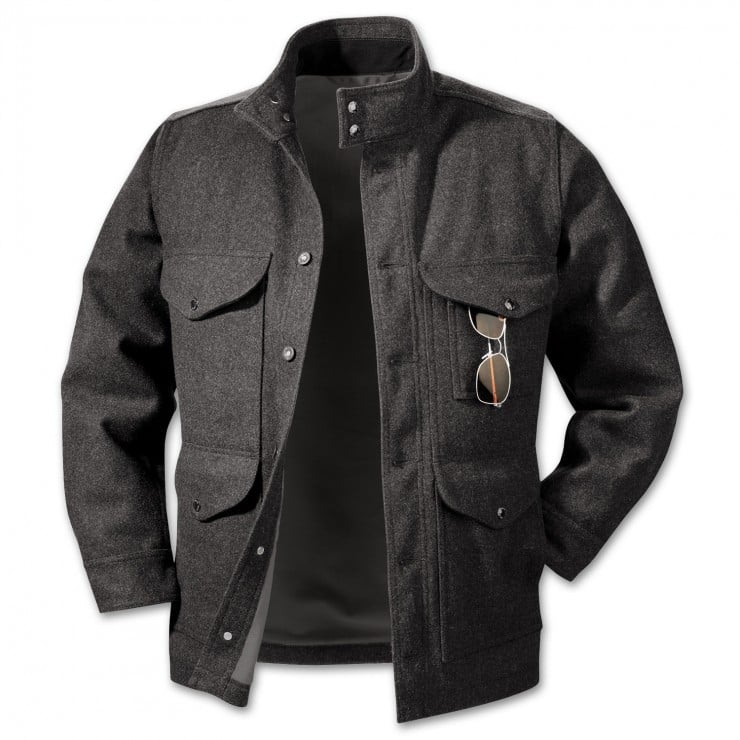