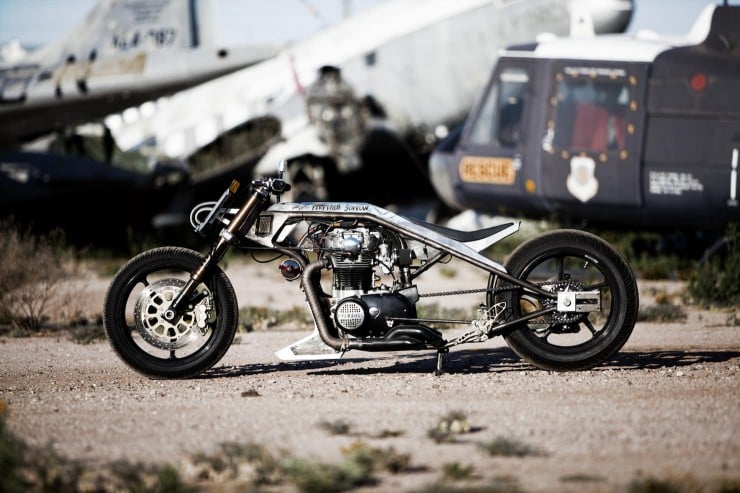 The Yamaha XS650 is right up there with the Honda CB750 as one of the most desirable and iconic motorcycle engines to come out of Japan in the late-60s. Both bikes saw production runs that would span decades and create entire subcultures dedicated to them.

The XS650 you see here has been converted into an XS750 thanks to bored out cylinders, a high-performance cam-shaft has been added as well as dual Mikuni carburettors, this has increased horsepower to well over the 50 that it came with from the factory.

A new chrome-moly drag racing frame was made for the bike and a custom aluminium fuel tank/seat was built to keep the front profile low and aerodynamic. A front end was then added from a first-generation Hayabusa, the exhaust pipes were pulled from the prototype MotoCysz GP bike and a XX electronic ignition system was added.

Although it looks perfect for a spot of 1/4 mile drag racing, the team at ICON 1000 haven’t released an official 1/4 mile time yet, but when they do I’ll update this post to include it. 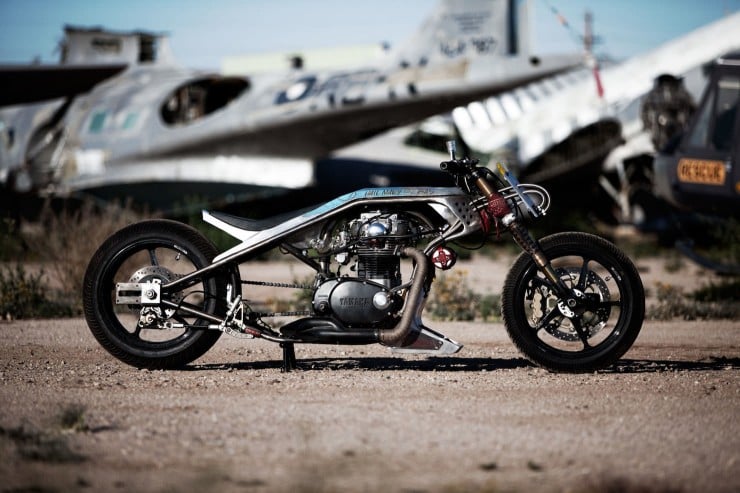 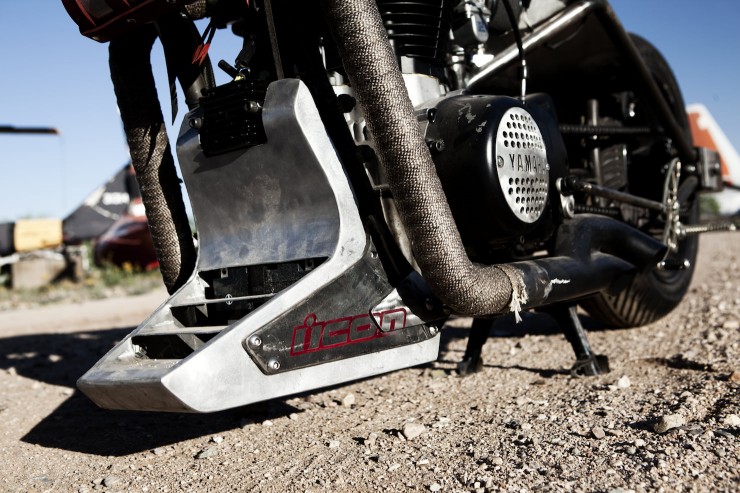 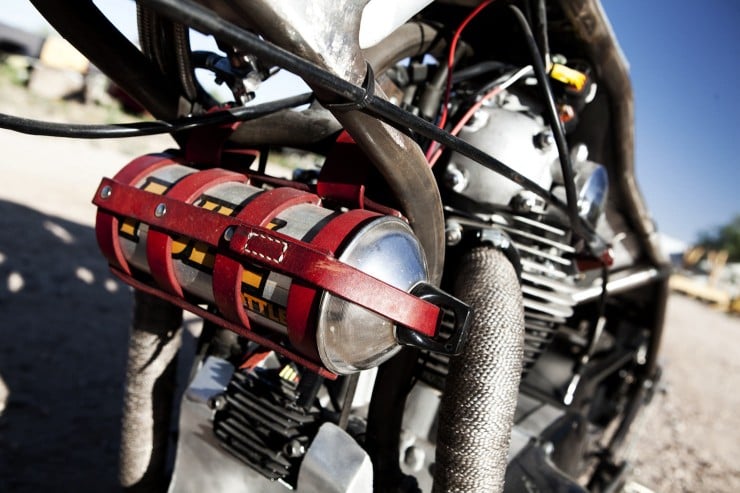 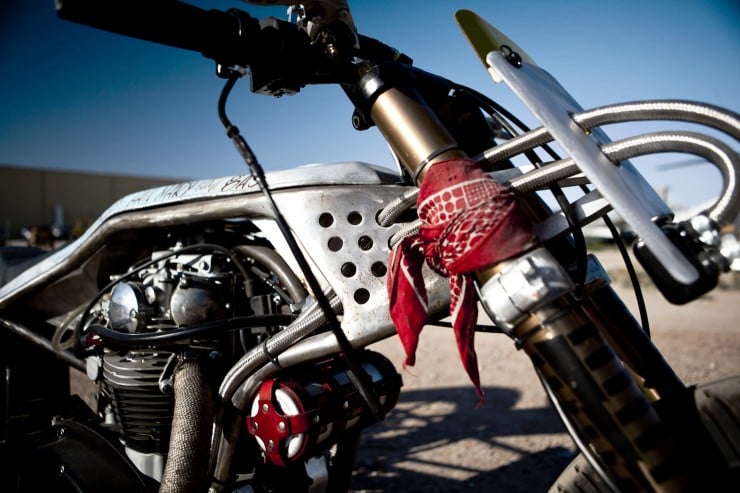 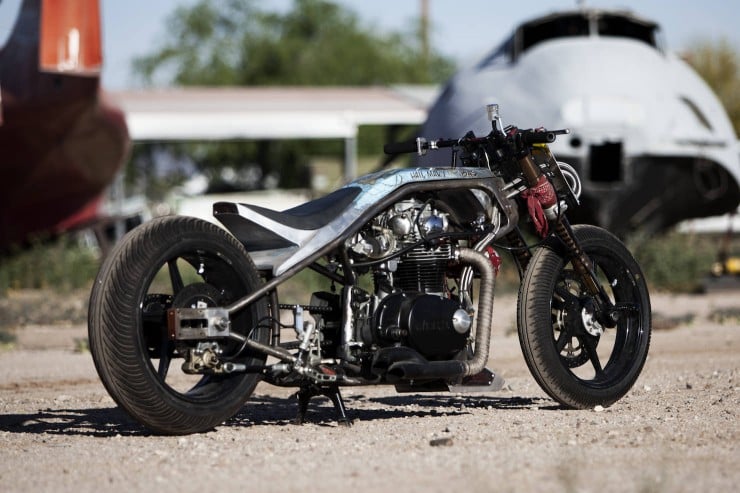 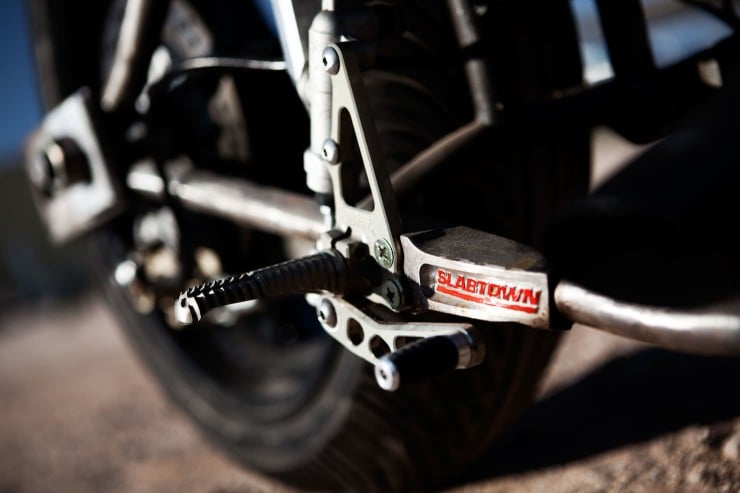 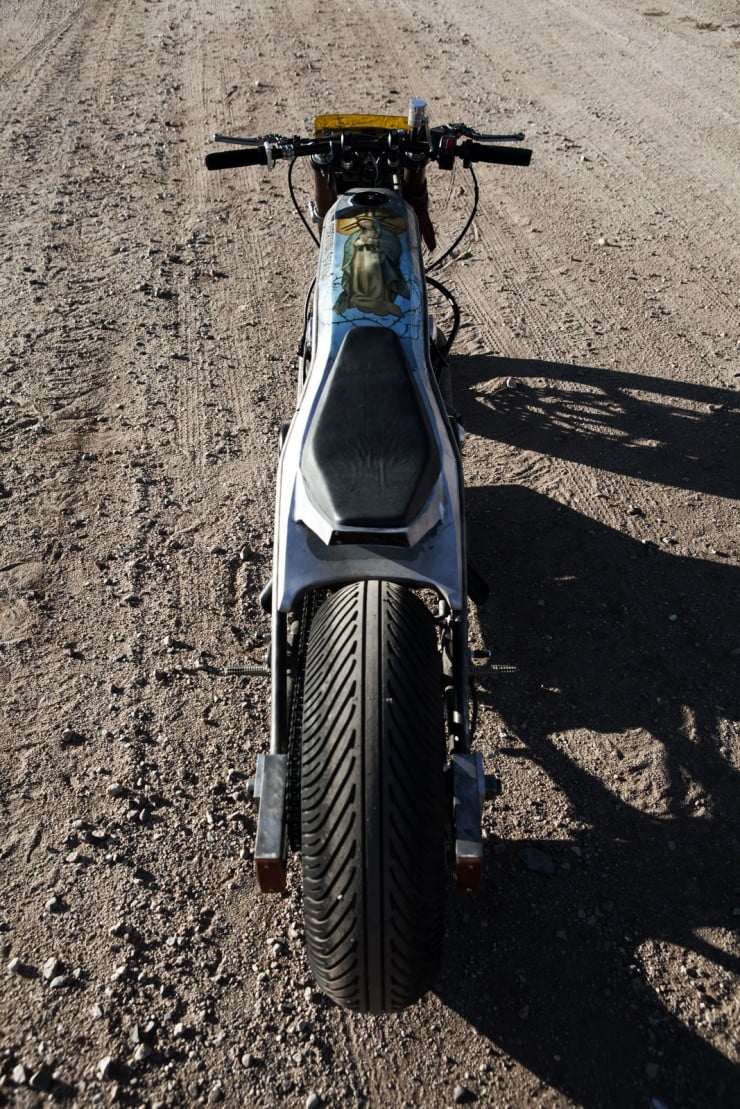 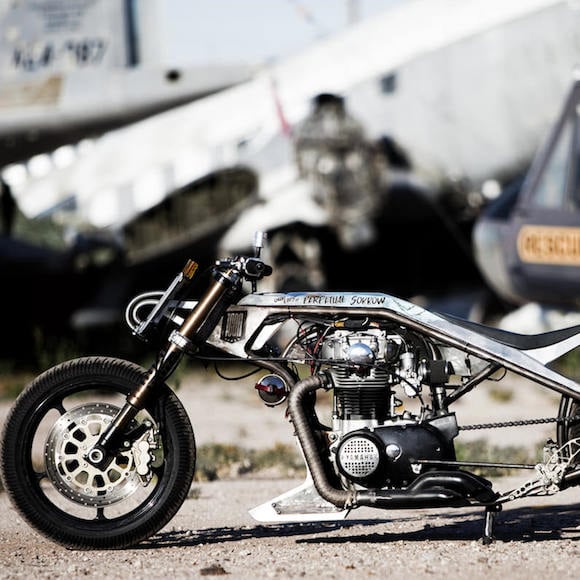