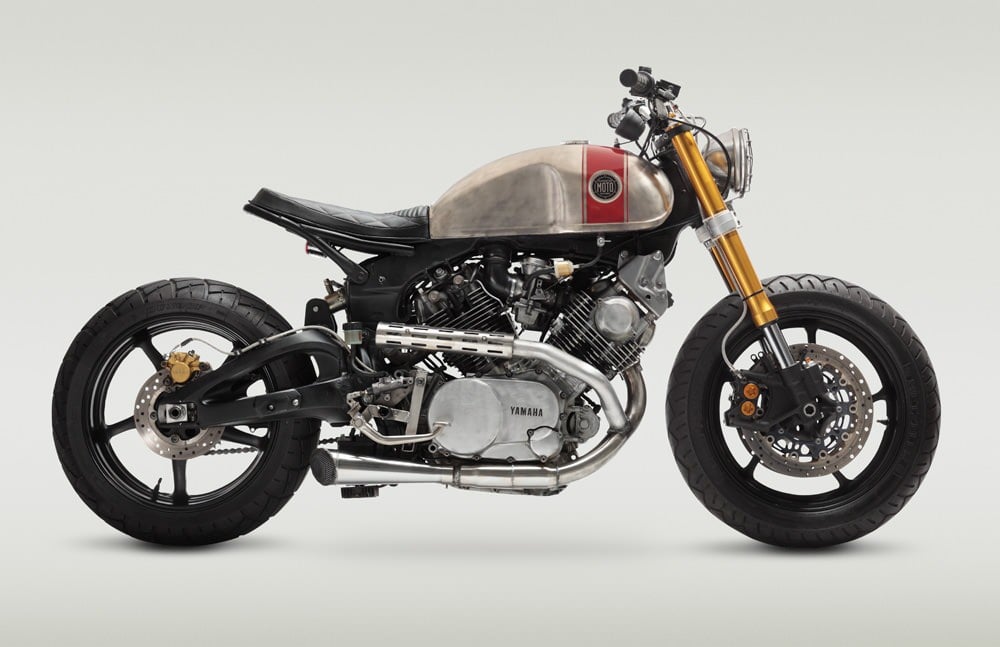 Classified Moto is a custom motorcycle garage based in Richmond, Virginia and run by talented bike builder, John Ryland. They have a signature style and most of the bikes that roll out of their workshop are instantly recognisable as Classified Moto customs, the gold anodised forks are usually a dead giveaway as is the bare metal fuel tank, cropped seat and big Yamaha v-twin. 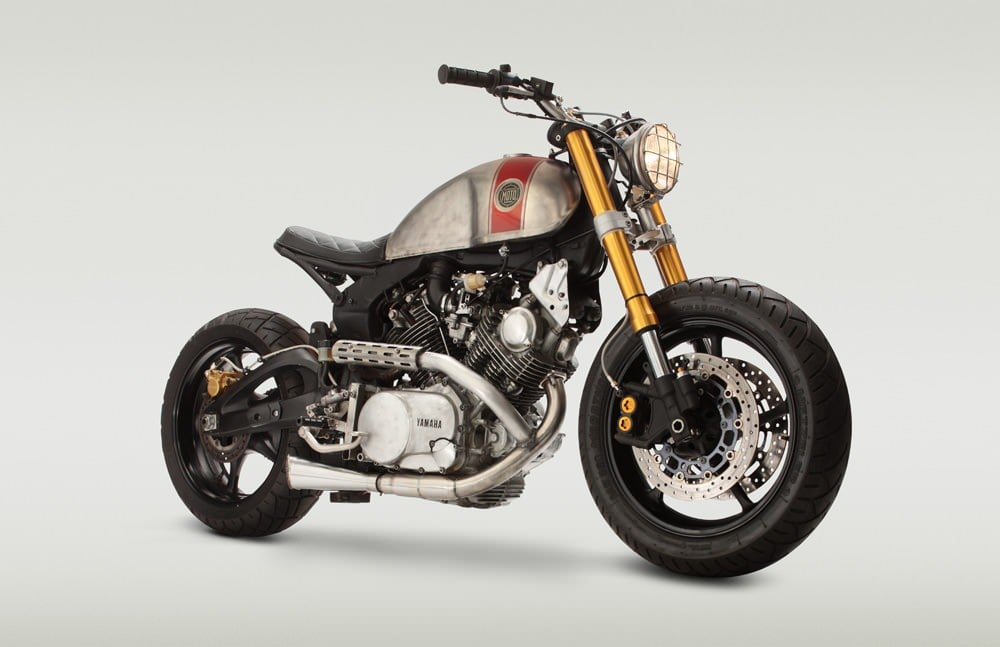 The original Yamaha XV920R suspension was thrown out and in its place John has fitted some very modern, highly capable springy bits. The rear end is fitted with a Yamaha R6-S mono shock and the front is running a pair of YZF R6-R forks bolted to a custom triple-tree. The exhaust was built by hand in the Classified Moto workshop and the new seat and fuel tank are both bespoke, made specifically for this bike.

The bike now lives with a lucky chap by the name of Bob Ranew in North Carolina but never fear, John will happily build you one just like it. Hit the link here to visit Classified Moto but be warned, the temptation to buy something can be overwhelming. 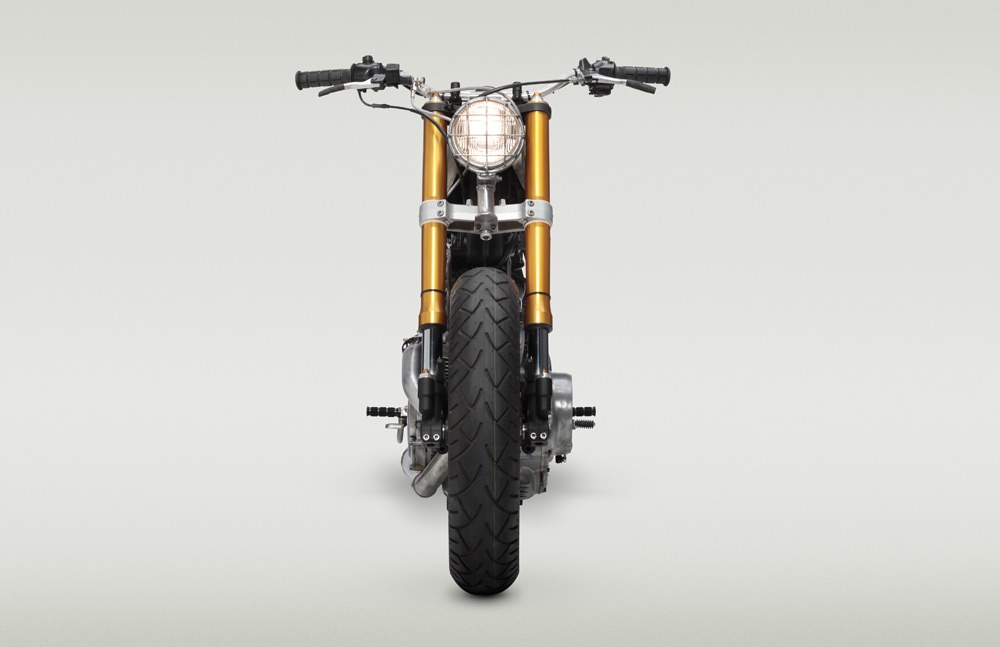 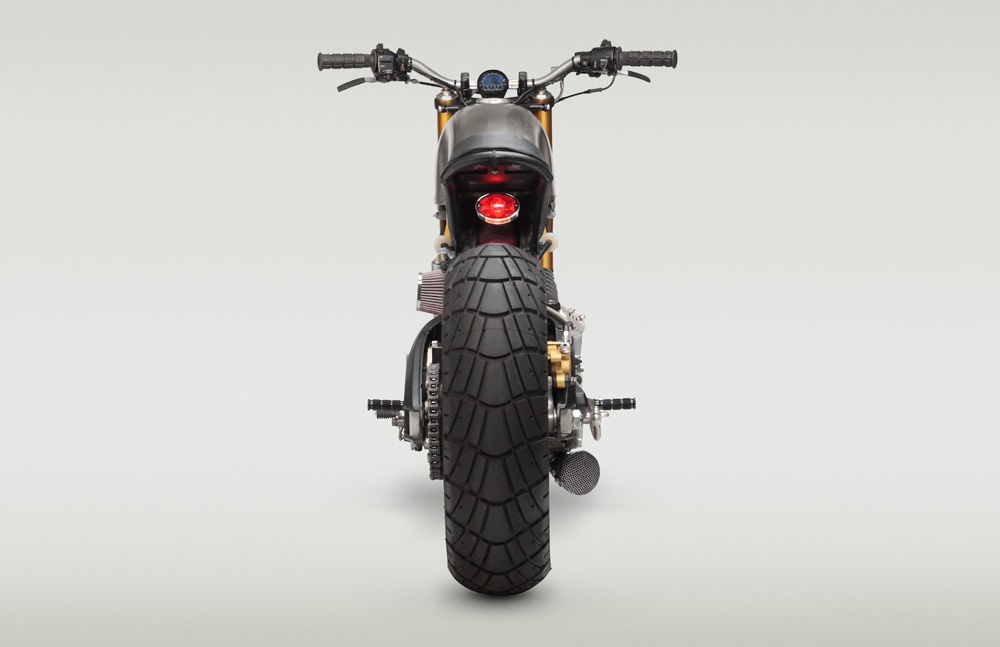 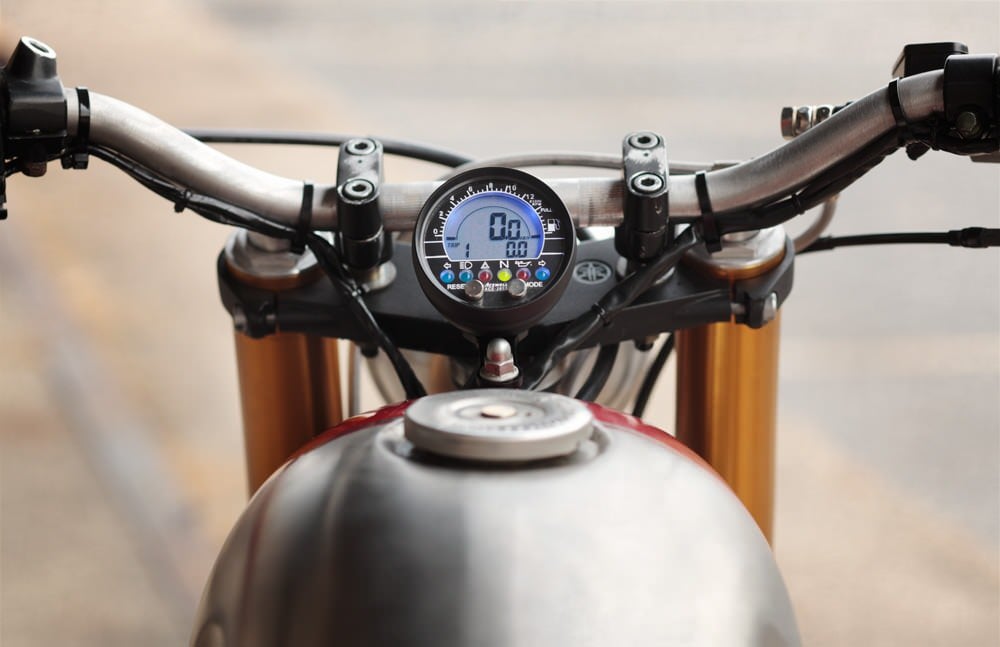 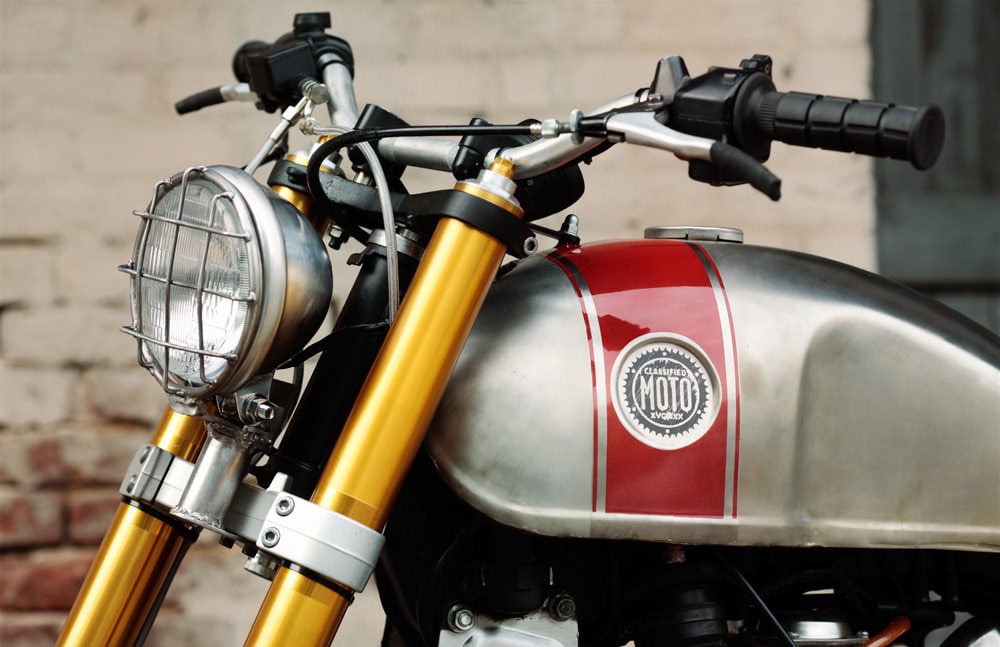 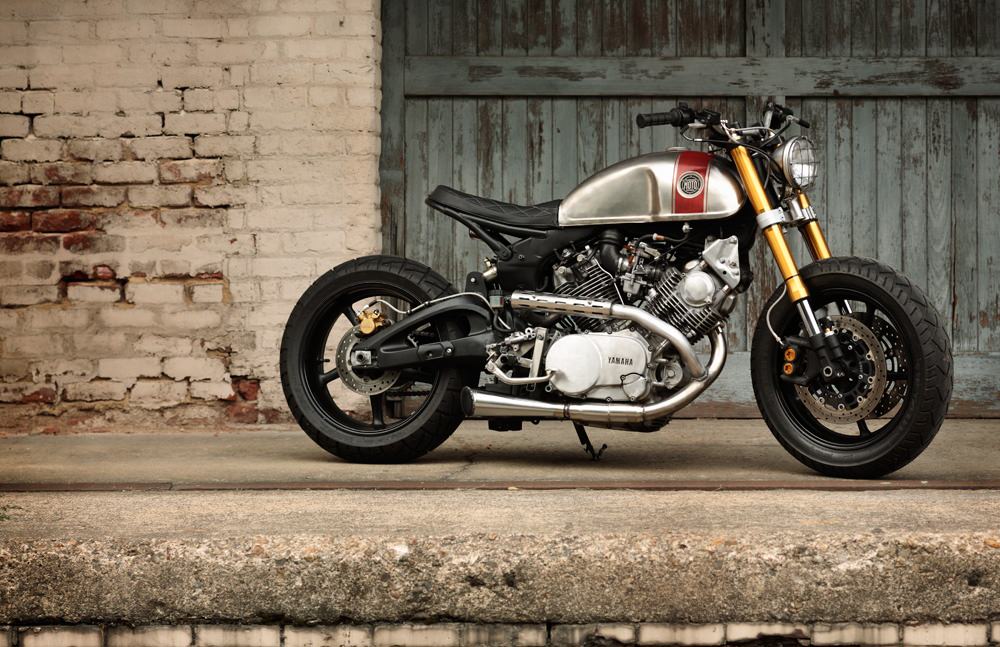