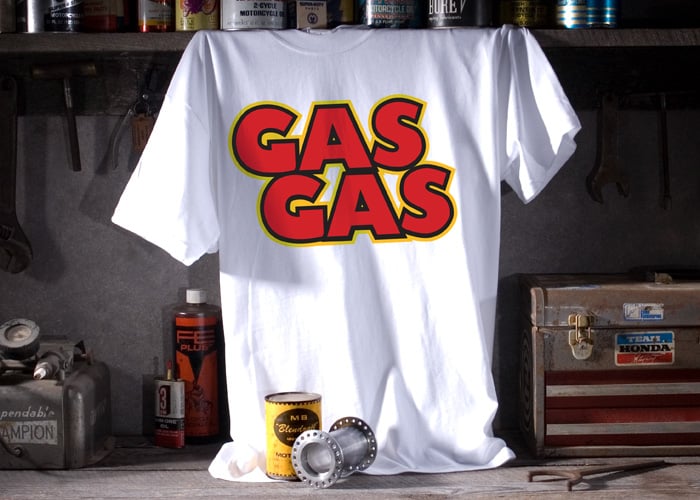 Gas Gas bikes are said to be the best trials motorcycles in the world, the small Spanish manufacturer named themselves “Gas Gas” because in Spanish it means “Go Faster”, outside of Spain the name has caused some confusion but fans of the boutique marque like to joke that the bikes are so good, they named them twice.

This tee features the unmistakable Gas Gas logo and comes in 4 colours and 8 sizes, it’s selling for $21 USD via Metro Racing.