This is the Garrett Turbocharger Wall Lamp by Berkay Erdoğan of Auto Decoration. As the name suggests, it’s a wall lamp made from a real (formerly operational) Garrett turbocharger. 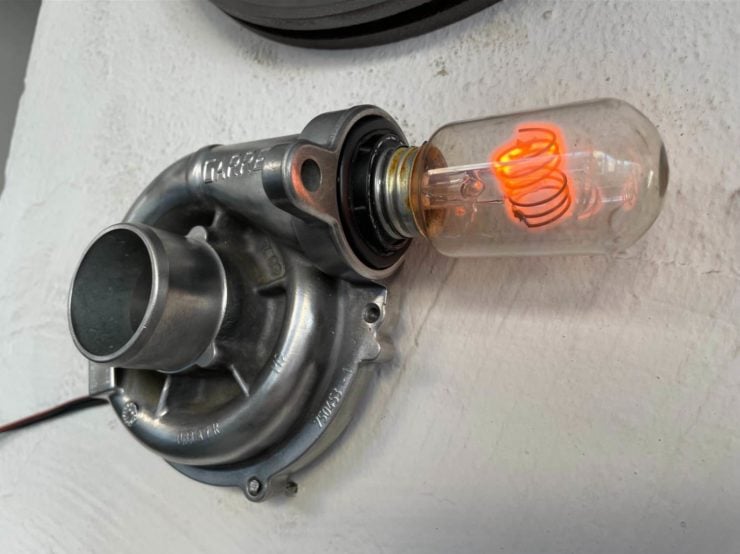 These lamps are designed to be mounted directly to the wall, they make great additions to garages, sheds, and studies – not to mention they’re good conversation pieces.

In 1960 the Garrett T11 automotive turbocharger helped begin the turbo revolution, it was fitted to production cars like the Chevrolet Corvair Monza and the Oldsmobile Jetfire.

Over the years the company remained front and center as turbocharging became mainstream, and today they’re arguably the most famous turbo manufacturers in the world.

Each of these Garrett Turbocharger Wall Lamps is handmade, an original turbo is sourced and prepared, the electrical parts are installed as well as the lightbulb socket.

They ship without a bulb included to you can choose what kind of bulb you need – though Edison bulbs like the one in the display images will almost certainly look best. 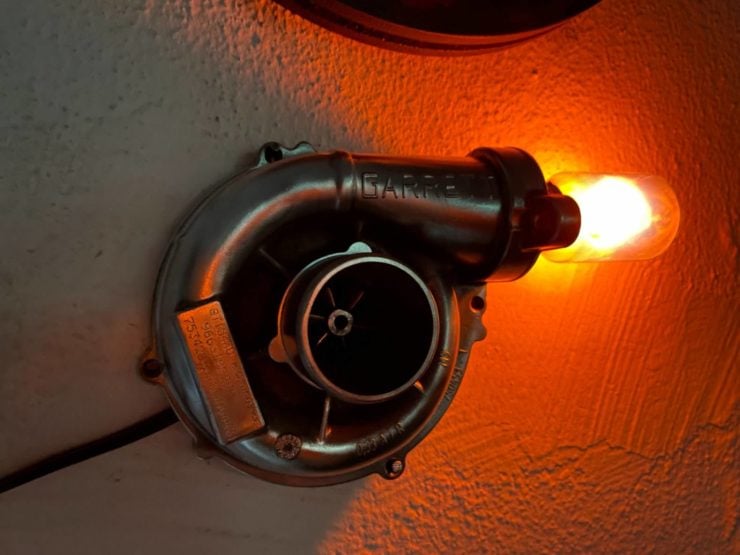 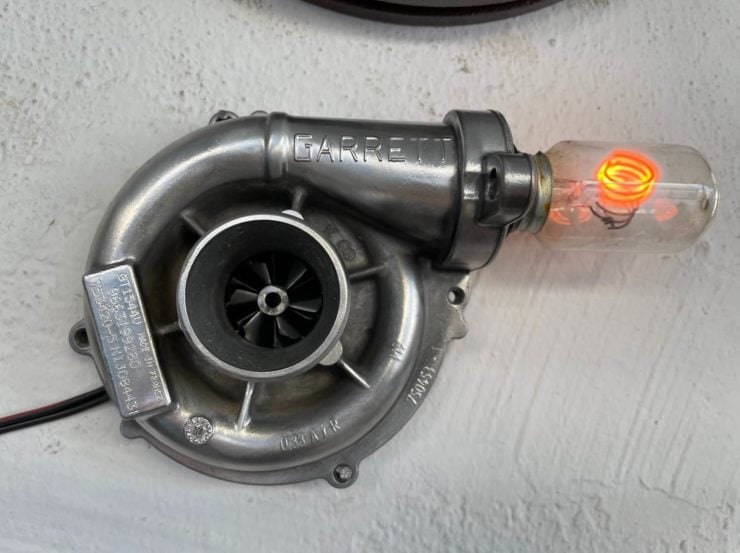 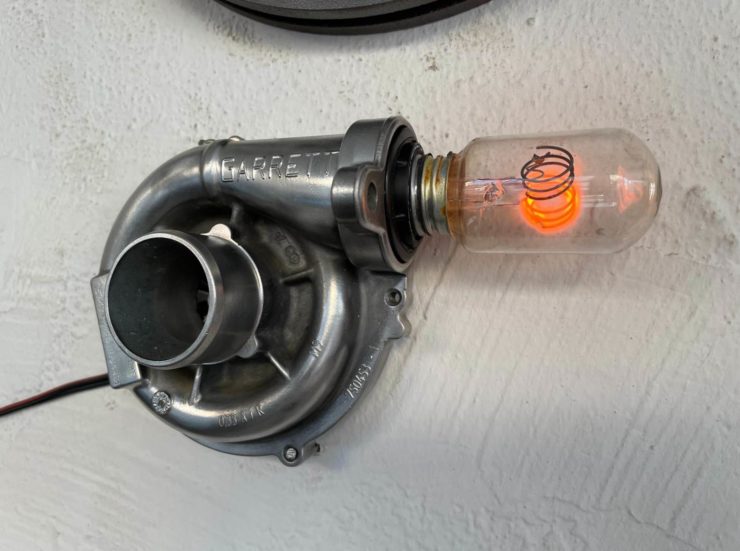