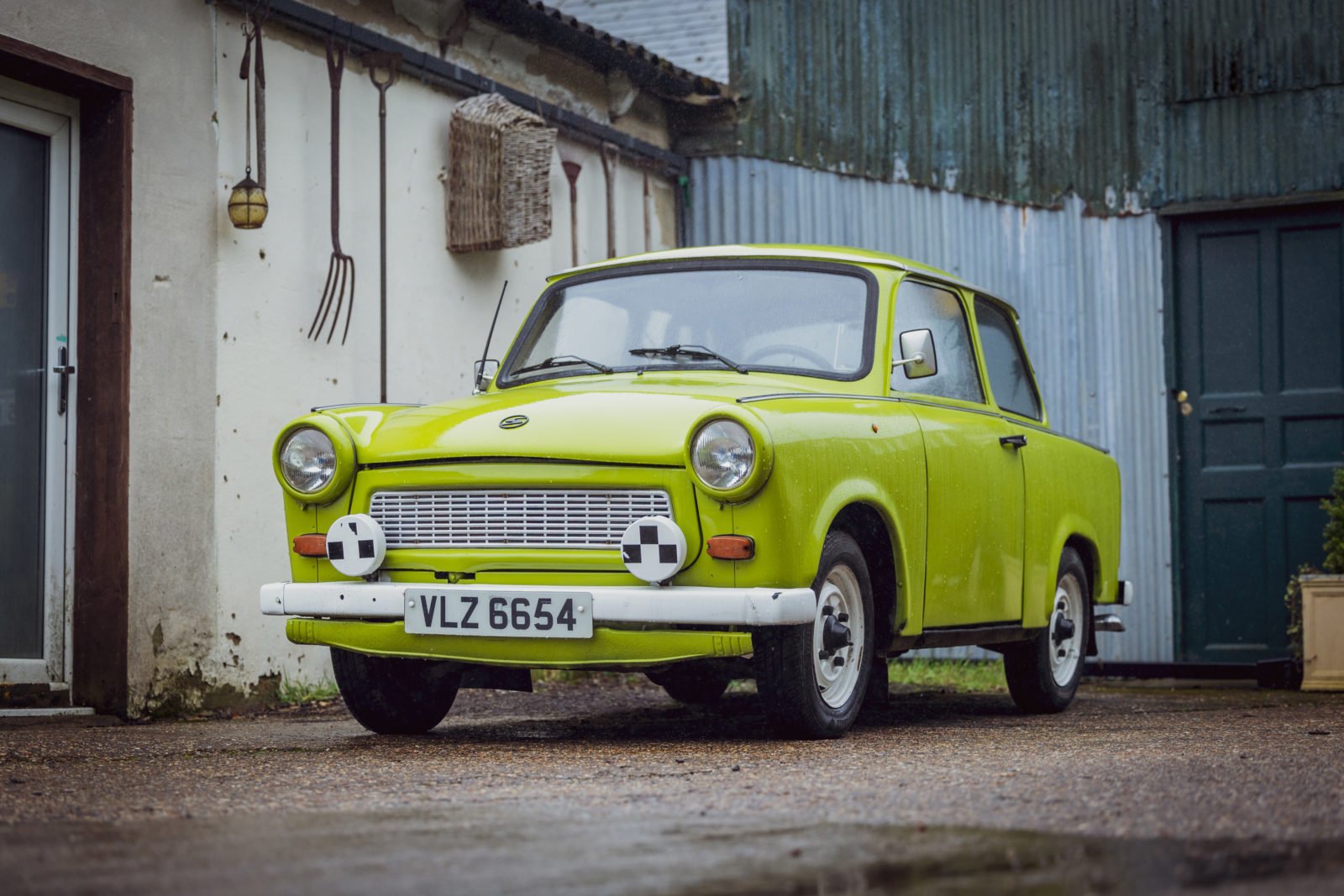 This is a Trabant 601, by far the most prolific of the 3.7 million Trabants ever made. Known as the “Trabbi” in its native East Germany it was nicknamed “the worst car ever made,” and was often comically referred to as the “saxon Porsche,” “running cardboard,” or “the spark plug with a roof.”

Despite its somewhat unflattering reputation the Trabant is now almost universally loved in its native Germany, with classic car clubs keeping thousands of them on the road – good examples now sell for figures that would have seemed utterly impossible to the average East German back in the 1960s.

Despite its famously subpar build quality, low top speed, terrible tailpipe emissions, and almost comical unreliability, the Trabant always had a 10 to 13 year waitlist for prospective new buyers. This was due to the economic stranglehold that held East Germany back far behind its neighbors on the other side of the Berlin Wall.

Above Video: This clip from MotorWeek talks a little about the Trabant, with host Steven Chupnick talking about his own personal Trabbi.

East Germans would often place an order for a Trabant either when their baby was born or when their child first entered school, this way by the time the child was a young adult their car might be ready for delivery.

The word “trabant” is derived from the Middle High German word “drabant” which means “satellite.” The car was named to celebrate the success of Sputnik and the presumed success of communism over capitalism, though within a few short years it would become a perfect four-wheeled example of all that ailed the Soviet states and their allies.

Initially, the Trabant was only intended to be in production for a decade or so before it was replaced by something more modern. This replacement would never take place however due to the critical shortage of materials throughout the Soviet Union, and as a result the Trabant would stay in production with minimal updates for 34 years. 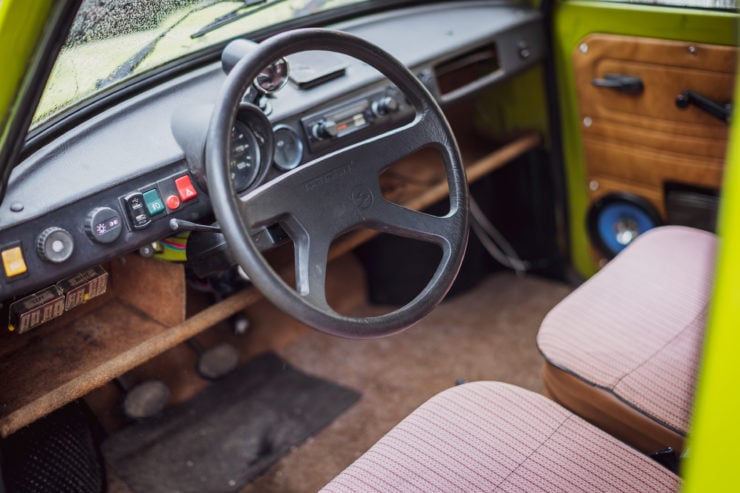 As a slightly more upmarket Trabant 601 S De Luxe model, this car has a better appointed interior than many.

The engineers who designed the Trabant back in the mid-1950s deserve credit for a job well done. They had to design a car that was cheap to mass-produce while using as little steel and other raw materials as possible.

They developed a simple steel unibody chassis with independent front and rear suspension sitting on transverse leaf springs. A body was developed using a material called Duroplast, it’s essentially a close relative of fiberglass that is made up of synthetic resins and pressed cotton fibers.

Inside the somewhat spartan cabin you’d find room for up to five on seats stuffed with horsehair, there was a small trunk in the rear, and up front you’d find a 499cc air-cooled, two-cylinder, two-stroke engine producing somewhere in the region of 18 to 23 bhp.

The engine was upgraded over the next few years, first increasing in size to 594cc, then many years later in 1990 it was replaced altogether by a far more modern 1.0 liter four-stroke, four-cylinder engine from Volkswagen.

Over the course of the over three decade long production run almost all parts on the Trabant remained interchangeable – such was the limited development that occurred due to crippling shortages of funds and materials. 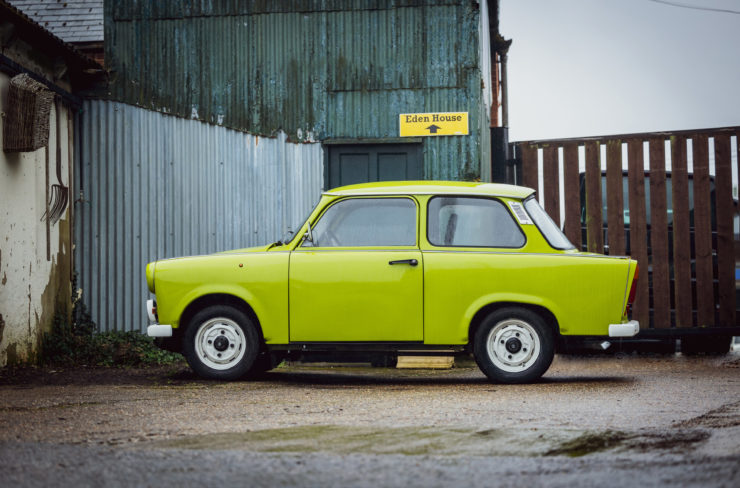 The Trabant is a tiny car by modern standards, partly to use the smallest amount of materials to build and partly because the anemic air-cooled, two-cylinder, two-stroke engine produces just 23 bhp.

Over 3.7 million Trabants would be made, the vehicle became the East German equivalent to the VW Beetle, though it remains far less famous everywhere in the world – except in East Germany of course, where the Trabant will always be king.

Many (if not most) Trabants didn’t survive beyond the 1990s, after East Germany opened up to the rest of the world there were so many vastly superior cars that Trabants were often abandoned – as people couldn’t even give them away.

This particular Trabant is one of the survivors, it’s listed as being well-maintained carrying its lime green exterior and its simple cloth interior.

We only rarely see these come up for auction outside of their native Germany, so it’ll be interesting to see what this one sells for when it crosses the auction block with Historics Auctioneers on the 12th of March.

Above Video: This is an original commercial out of East Germany about the Trabant 601. 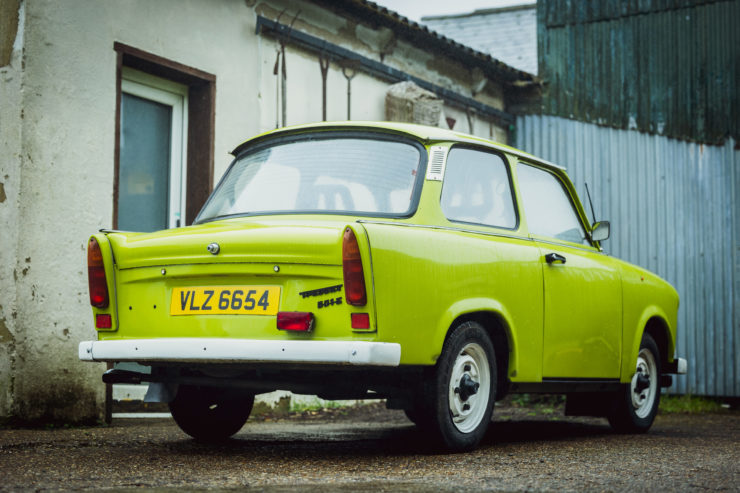 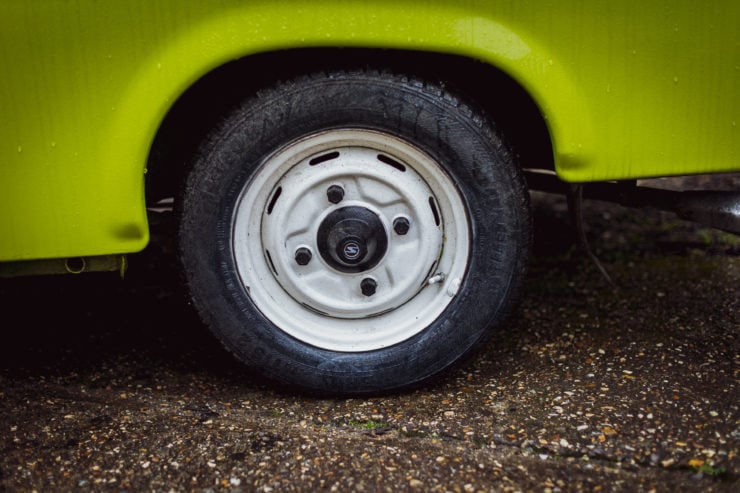 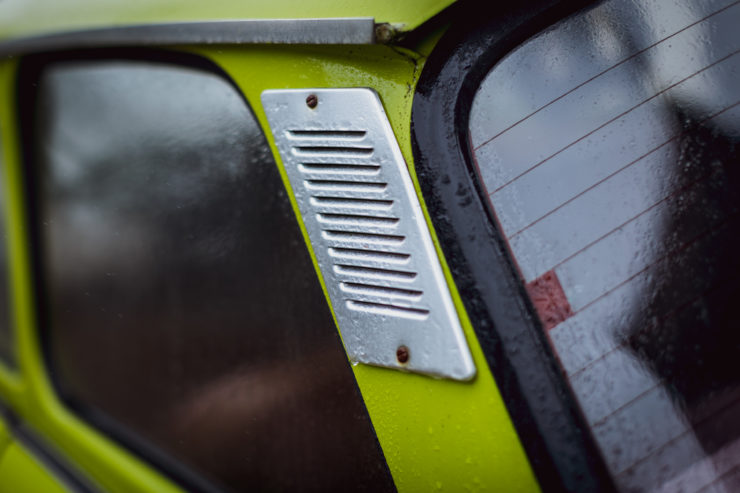 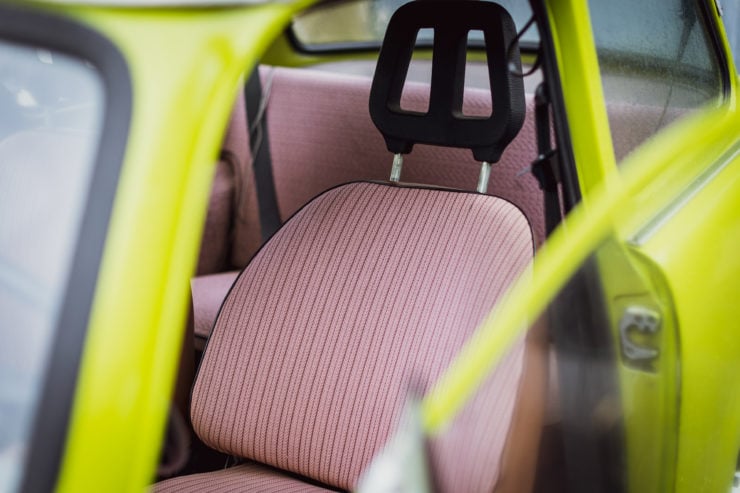 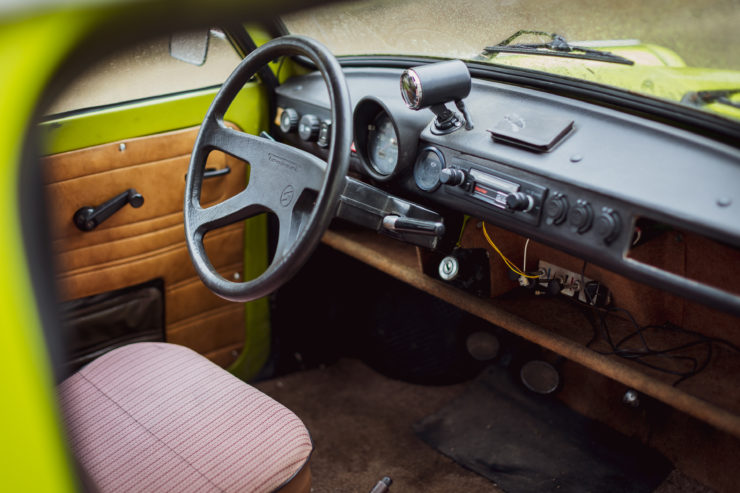 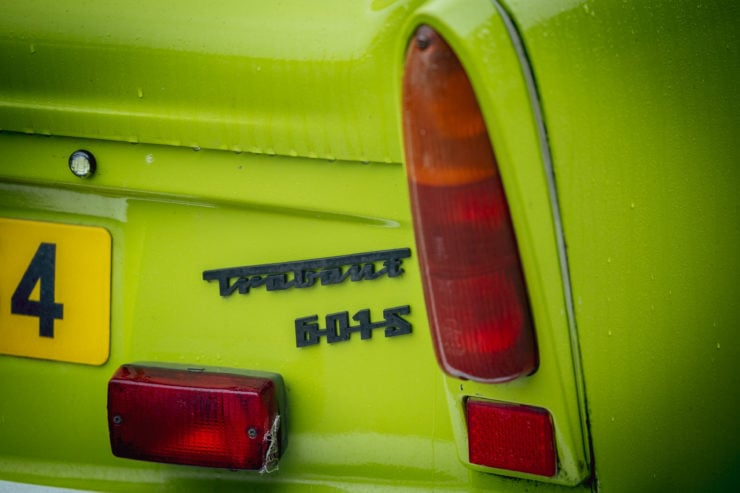 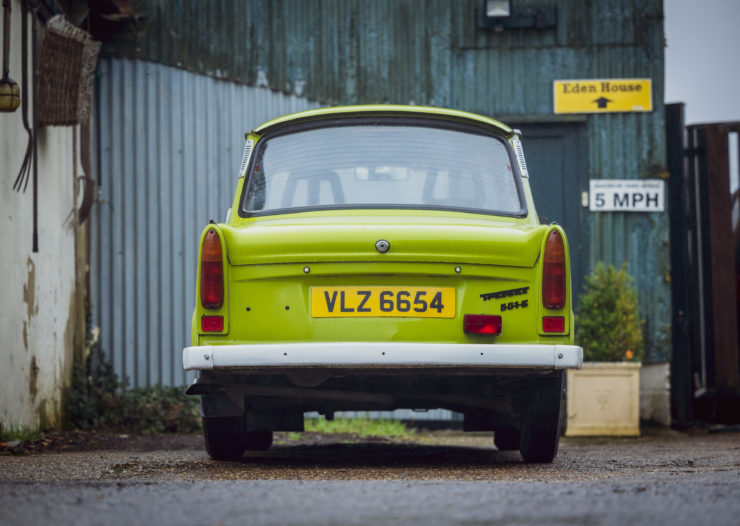 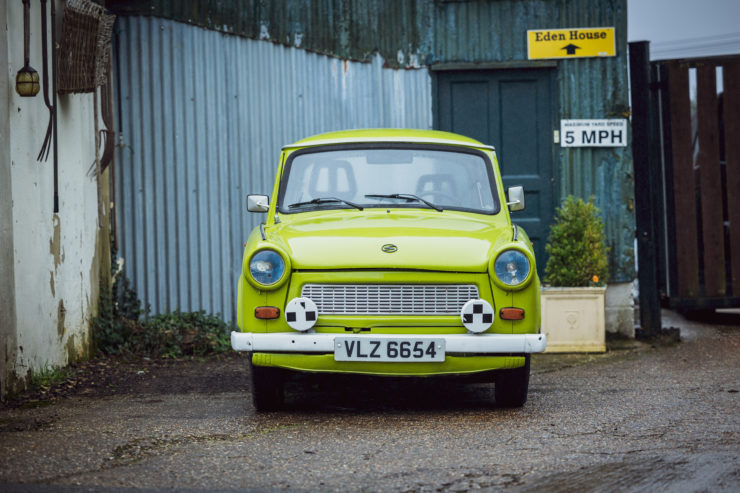