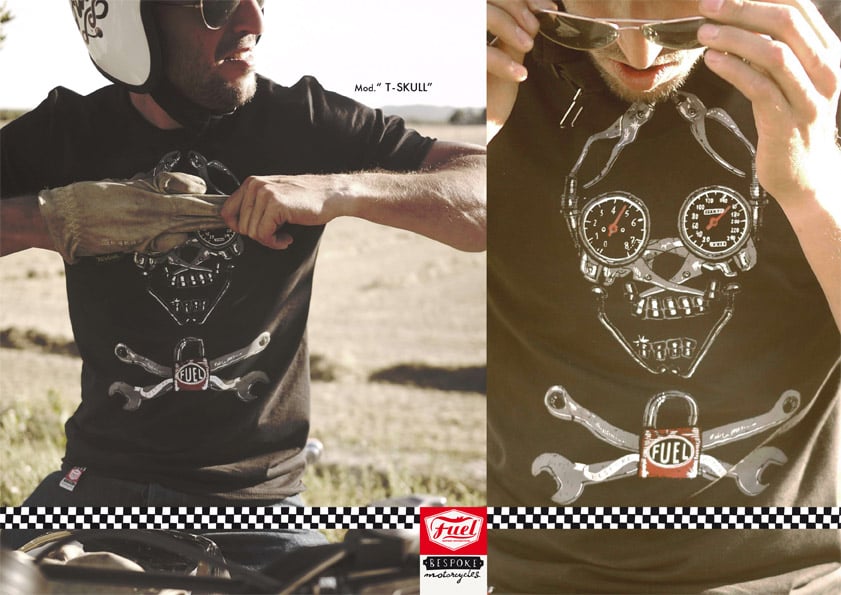 Fuel Motorcycles is a Barcelona based garage dedicated to building that new, 21st century breed of custom motorcycle. We featured their beautiful BMW R 100 Scram last year and since then, the team at Fuel have turned some of their artistic inclination towards clothing, specifically, tees.

This design is our favourite from the collection, they’ve called it the T-Skull and it costs €25 here. Charlie Boorman has one and in our minds, that makes it even cooler still. 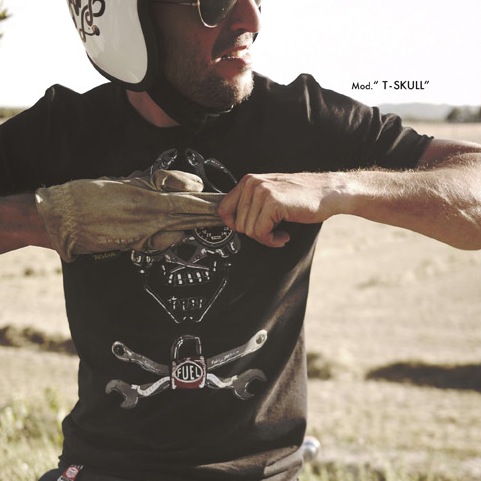