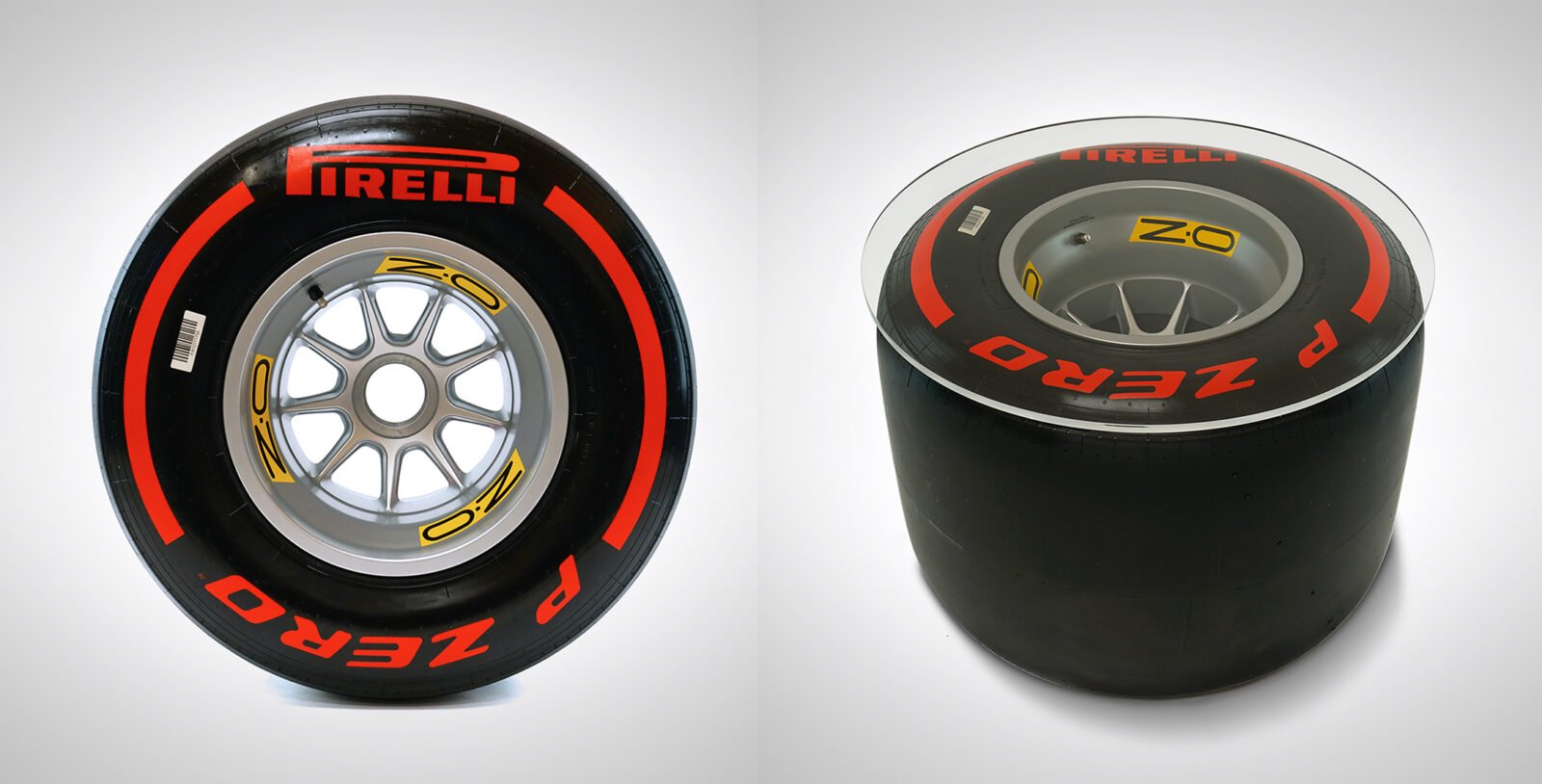 This coffee table is made from a Formula 1 wheel, an OZ wheel in this case, and a specially developed show tire made to look exactly like the Pirelli super soft with the characteristic red logo on the side wall.

The tires used are the official FIA approved Pirelli show car tires used on the F1 cars when they’re on display, they’re designed to be much longer lasting than the race tires.

Each of these tables has a 10mm acrylic top which rests on the tire, it can be easily lifted up and removed for showcasing the wheel and tire if you should so wish. The table is ideally suited for use as a coffee table or small bar table, or alternatively as a piece of room decoration.

New wheel and tire sizes come into use in the 2021 Formula 1 season – the wheels will be much larger in diameter (18″ as opposed to 13″) and they’ll be fitted with lower profile tires, more in line with the wheels and tires used on modern production vehicles.

The OZ wheel is an Italian-made, ultra-lightweight magnesium alloy with nine spokes, and a centre hub for the lock nut.

As is the case with everything to do with F1, these tables don’t come cheap, they cost £2,495 each and you can choose between the white, yellow, and red sidewall versions. 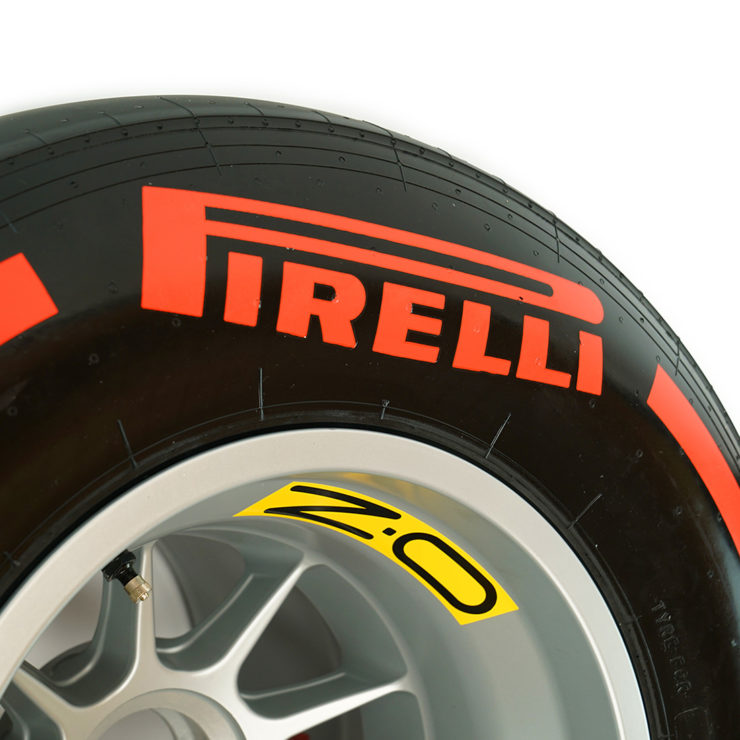 The Basecamp Standard is an automatic mechanical wristwatch by the team at Undone that was designed to be a daily wearable tool watch – a no nonsense watch with a reasonable MSRP and a rock solid list of specifications. The movement is an almost bulletproof Seiko Instruments NH35a automatic movement with a 42 hour power…

The 845 hp (at 18,300 rpm) V10 used in the 2003 Ferrari F2003-GA was officially called the Ferrari Tipo 052. It’s a 2997cc engine producing 282 hp per litre and it would go on to win both the Constructors’ Championship thanks to a solid team effort, and the Drivers’ Championship with Michael Schumacher at the…

The Oxford Kickback Shirt is designed for motorcycle use, it’s fully lined with 100% DuPont™ Kevlar® for abrasion resistance to help protect you in unfortunate slides on the asphalt, it also has hidden structural stitching, and pockets for optional elbow, shoulder and back armor (sold separately). Although they don’t offer the same level of protection…