You may be looking at the below picture of this blue and white car and wondering how you never came across this particular 70s Ford V8 muscle car in the past. That is, unless you’re from Australia. In that case you doubtless grew up with pictures of it plastered across your bedroom walls, printed on your bedsheets and emblazoned on your PJ’s.

This is the Ford XC Cobra, a limited edition coupé produced by Ford in Australia in 1978. It was produced with 2 engine options, one being the 351 Cleveland V8 (5.8 litres) and the other being the 302 Cleveland V8 (4.9 litres), there was an option of an automatic or 4-speed manual transmission, all cars were fitted with 4-wheel disc brakes and power was conveyed to the rear wheels via a limited-slip differential.

Interestingly the Cobras were originally painted blue, then had the twin centre stripes masked out and the car was re-sprayed white.

The car is infamous in Australia, almost all the original 400 are still on the road today. A mint condition Ford XC Cobra will set you back about $60,000-$80,000 USD/AUD. A small number of the Cobras have been exported to the USA, apparently they’re serious headturners and American muscle car lovers are often incredulous that Ford never imported the XC Cobra to the US. 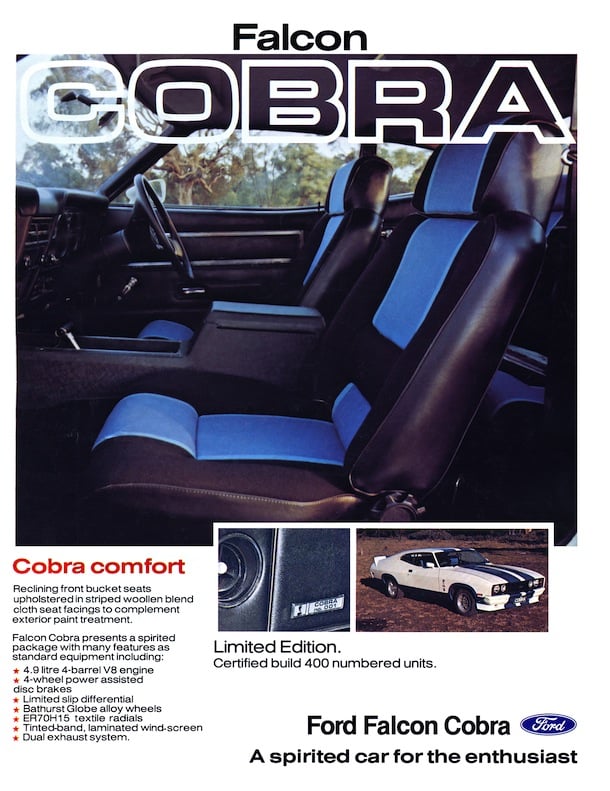 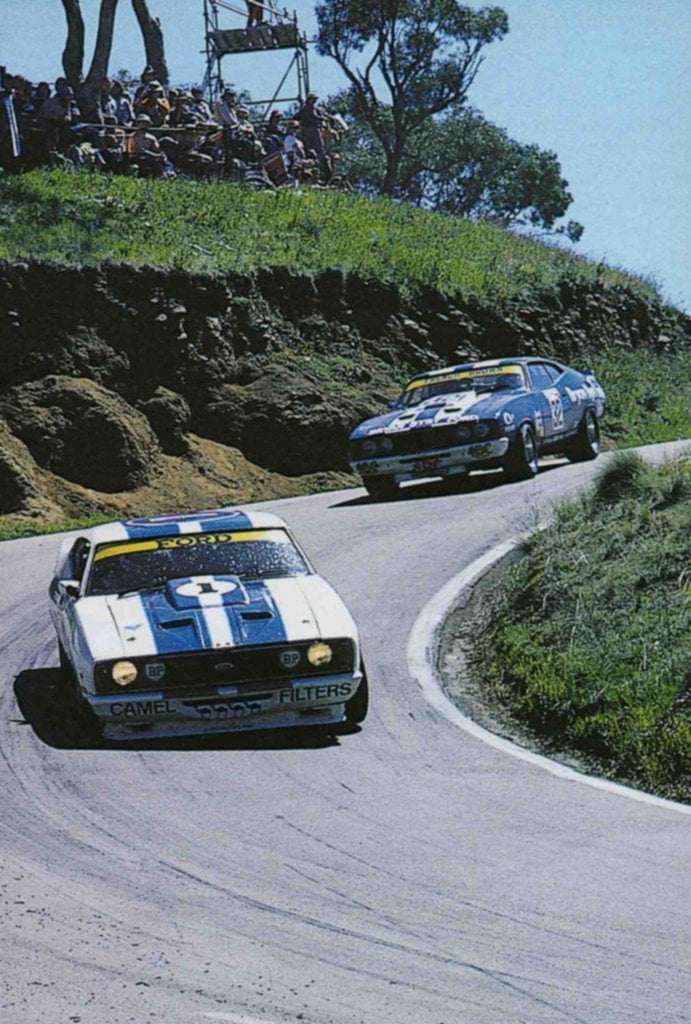 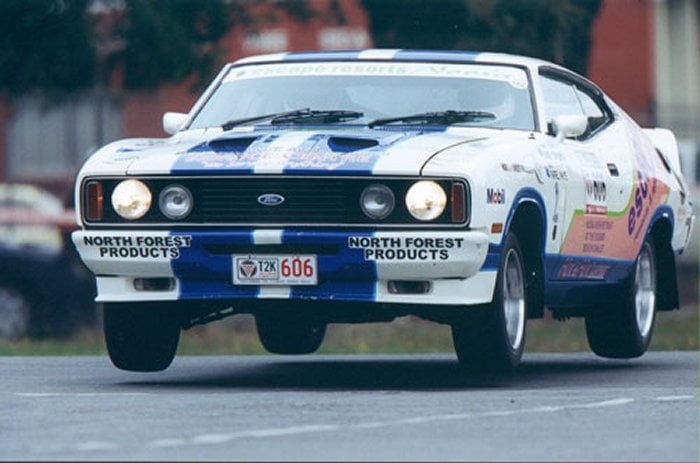 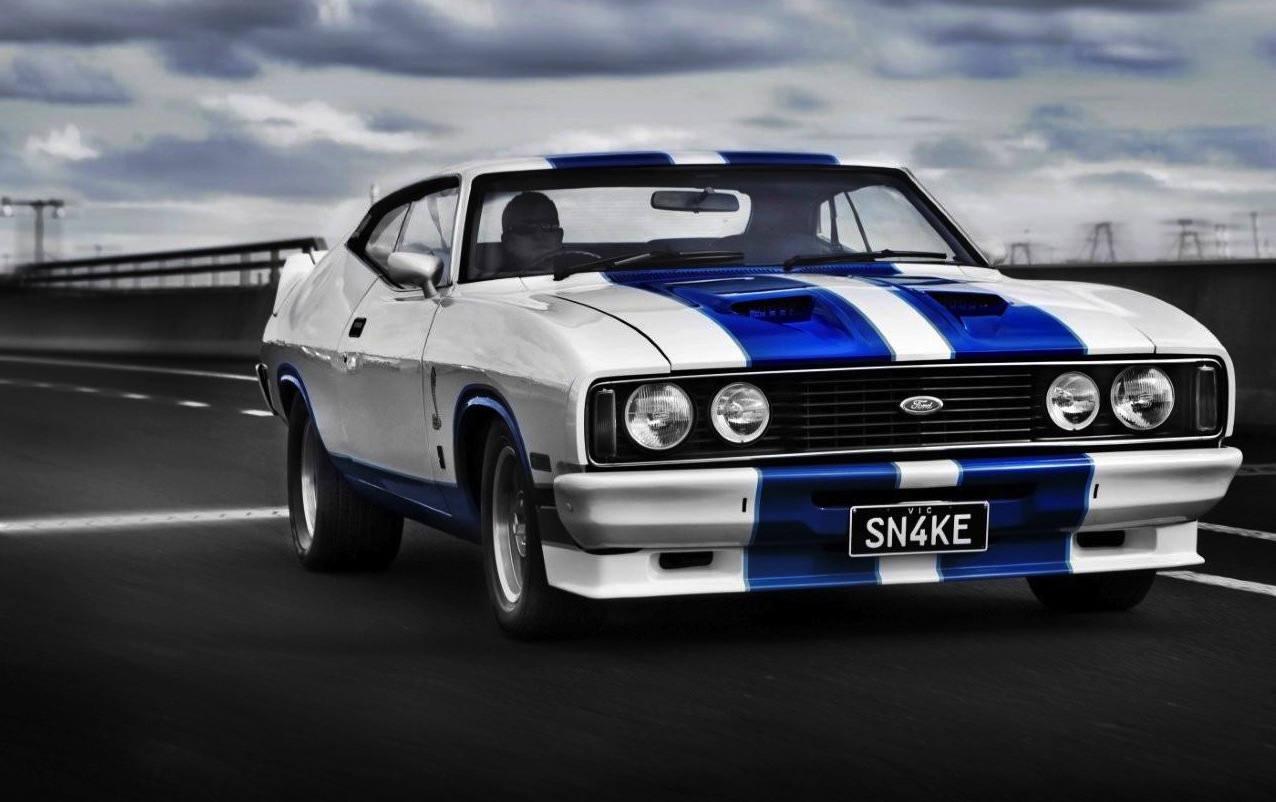