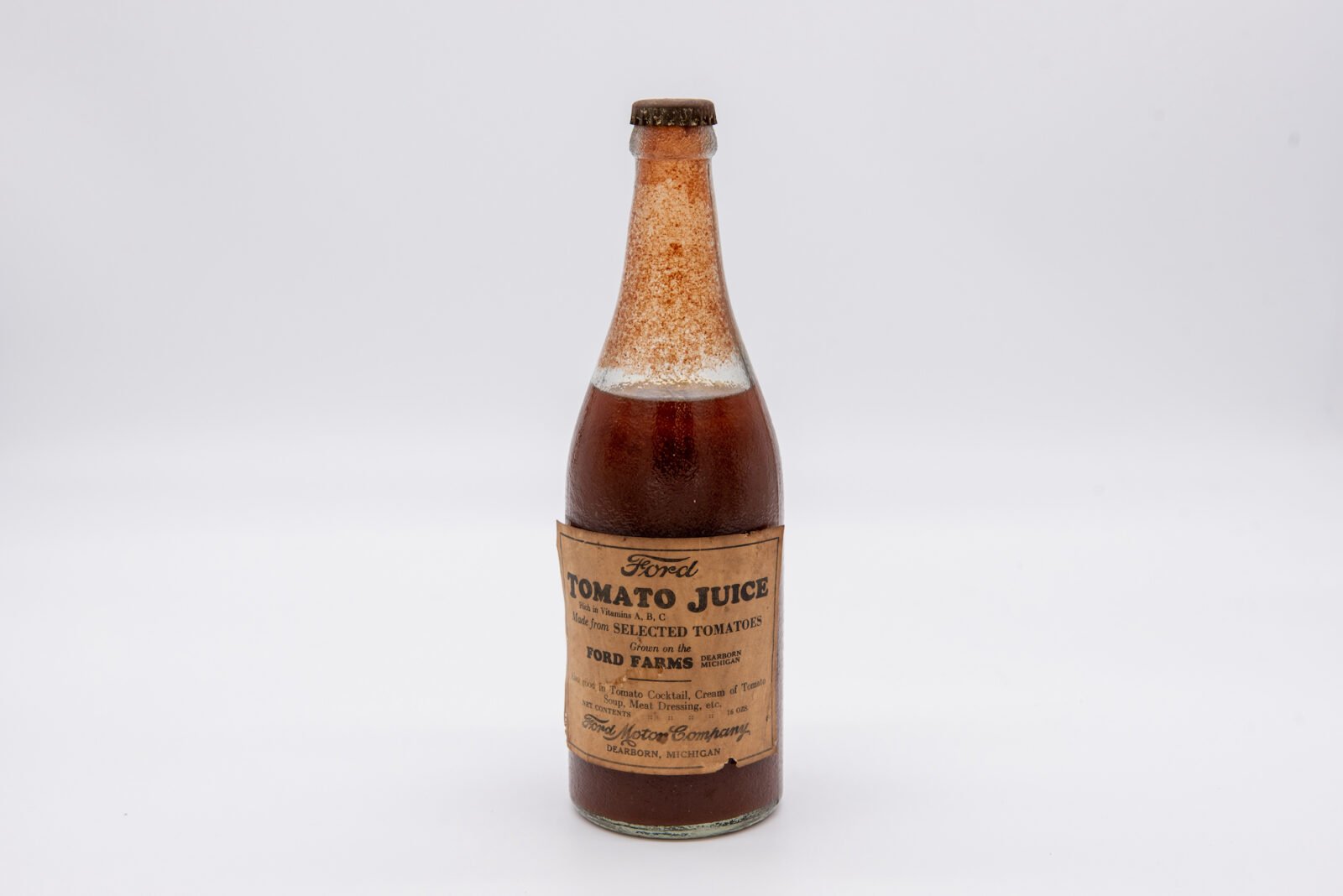 This is an original bottle of Ford tomato juice, a product that many don’t associate with the American automaker, however Ford produced its own tomato juice for years back in the 1930s.

The reason the Ford Motor Company got into the juice business was that it owned thousands of acres of farmland near its factory in Michigan. Henry Ford grew up on a farm and remained interested in farming for the rest of his life, any Ford Motor Company employee who wanted it could be assigned a plot of land that they were free to work, and they kept the produce or profit for themselves.

“We cultivate several thousand acres at Dearborn; we also have a dairy herd of around three thousand cows; and near our coal mines in Kentucky, on mountain soil that was not supposed to be good for much of anything, we are growing garden vegetables and fruit.”

“Most of my own life has been spent on a farm. We are in touch with farming nearly everywhere through the sales of automobiles and tractors.” – Henry Ford, published in The Canadian Countryman, circa 1926

There’s no publicly available information on exactly how long Ford tomato juice was in production, or how much was sold, however this is the only one we’ve been able to find that still has the actual juice in the bottle – all the others have been empty.

Made from SELECTED TOMATOES

If you’d like to add this bottle to your collection it’s due to roll across the auction block with RM Sotheby’s in early September. If you’d like to read more about it or register to bid you can click here to visit the listing. 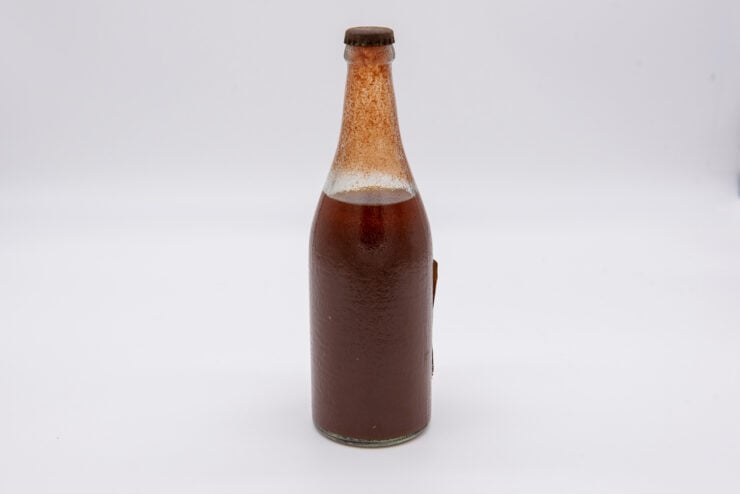