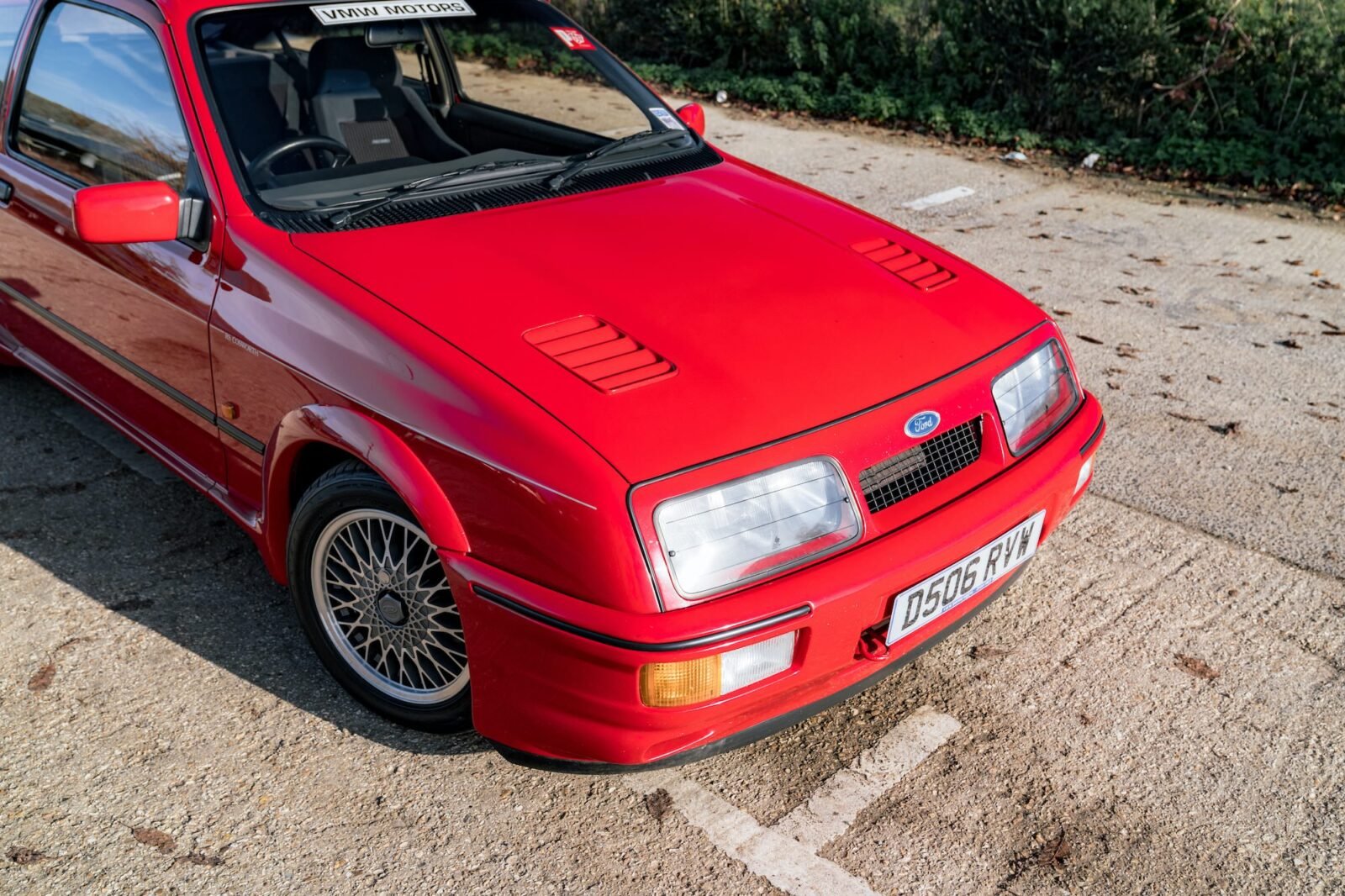 The Ford Sierra RS Cosworth was developed to get Ford back to its winning ways in Europe, with long time engineering partners Cosworth doing much of the heavy lifting.

Despite a rocky start and its unusual looks, the Sierra RS Cosworth and its variants would go on to be a dominant force in touring car racing in Europe, Britain, Japan, New Zealand, and Australia, and a successful rally car to boot.

When Stuart Turner was appointed head of Ford Motorsport in Europe in 1983 his first order of business was returning Ford to the front of the grid. The 1960s had been a time of dominance with the Ford GT40 winning the 24 Hours of Le Mans four years in a row from 1966 to 1969. 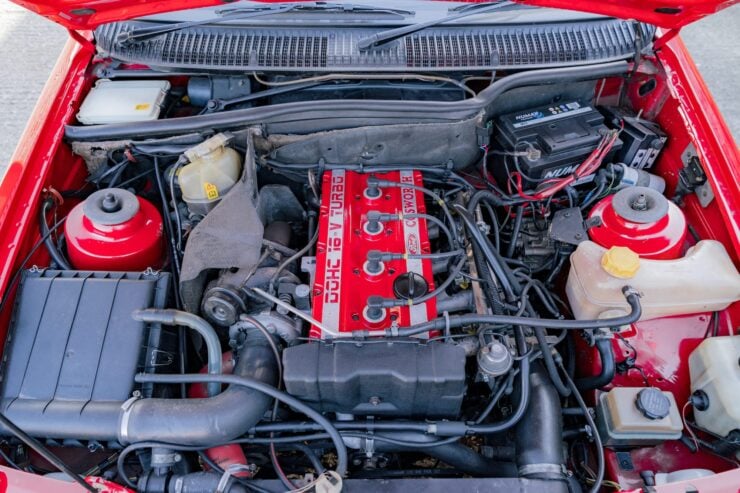 This is the turbocharged Ford Cosworth YAA engine, it’s based on the Ford Pinto four-cylinder unit, but it has double overhead cams, 16 valves, and 204 bhp in street trim or 350+ bhp in race trim.

The 1970s had been marked by the continuing successes of the Ford Escorts and the Ford Cosworth DFV Formula 1 engine, still the most successful F1 engine of all time with 10 Formula One Constructors’ Championship wins to its name.

Turner got to talking with Walter Hayes, a long-time Ford man who had been heavily involved in the GT40 and DFV projects and got him onside. With this critical ally by his side he approached engineering firm Cosworth who had already developed the turbocharged YAA engine based on the Ford Pinto four-cylinder unit, but now with double overhead cams, 16 valves, and vastly more performance potential.

This was the perfect engine for the plan Turner was developing, and in a stroke of luck the Ford Sierra was already being powered by the Pinto engine, therefore the new Cosworth version would have no trouble bolting into the engine bay.

A deal was struck for 15,000 engines, even though Ford only needed 5,000, the final specification for the street engine would be 204 hp – a significant figure for a 2.0 liter four-cylinder engine in the mid-1980s. 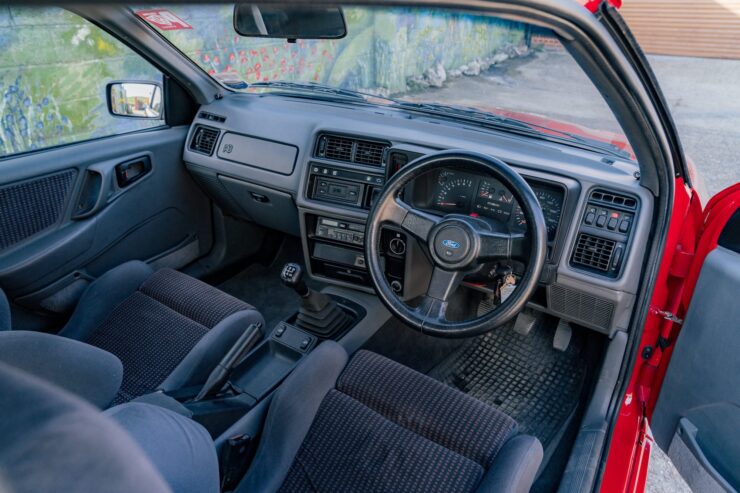 The interior of the car is largely the same as the original Sierra, with the addition of Recaro seats and small number of other upgrades.

A new bodykit was designed for the Sierra RS Cosworth and to help reduce lift at speed an unusual rear wing was developed by a young designer named Frank Stephenson. Later in his career he would go on to design cars like the new Mini, the McLaren P1, the Ferrari F430, the Maserati MC12, and many others. 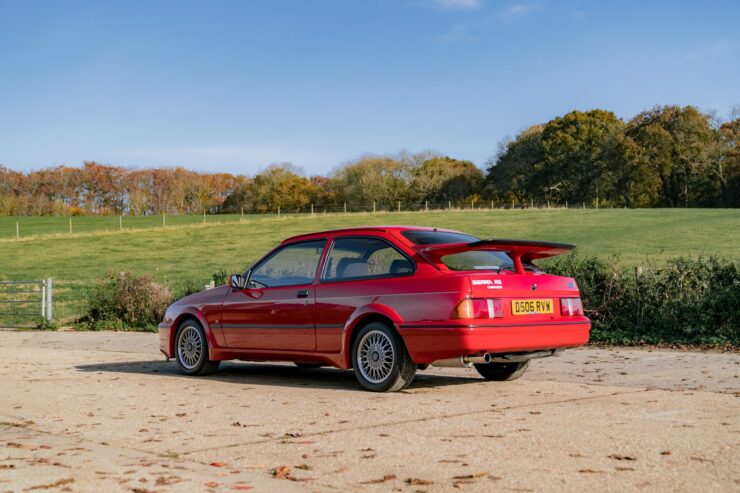 The famous rear wing on the car was designed by a young man named Frank Stephenson. He would go onto to design an incredible array of cars from the new Mini to the McLaren P1.

Ultimately the Ford Sierra RS Cosworth and the other models in the series remained in production from 1986 until 1992 and there can be no doubt that they achieved the goal set for them by Stuart Turner back in 1983.

The car you see here is a 1986 model from the first year of production. Interestingly this car was originally ordered by a member of the British Nobility – the Duke of Bedford.

For reasons that aren’t listed the Duke would never take delivery of the car, it was instead used by Ford UK for for suspension and handling research purposes.

Eventually the car was bought by touring car driver Vince Woodman who used it strictly as a road car. It’s currently showing 97,748 miles on the odometer and it has a grey cloth-trimmed seats with patterned centre sections, electric windows, a set of 15-inch alloy wheels, as well as its original Ford-branded radio/cassette player.

If you’d like to read more about this car or register to bid you can click here to visit the listing on Collecting Cars. It’s being auctioned live at the time of writing. 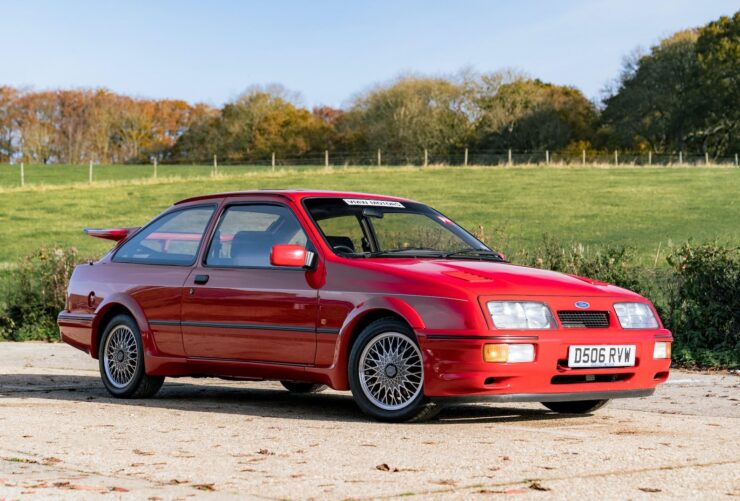 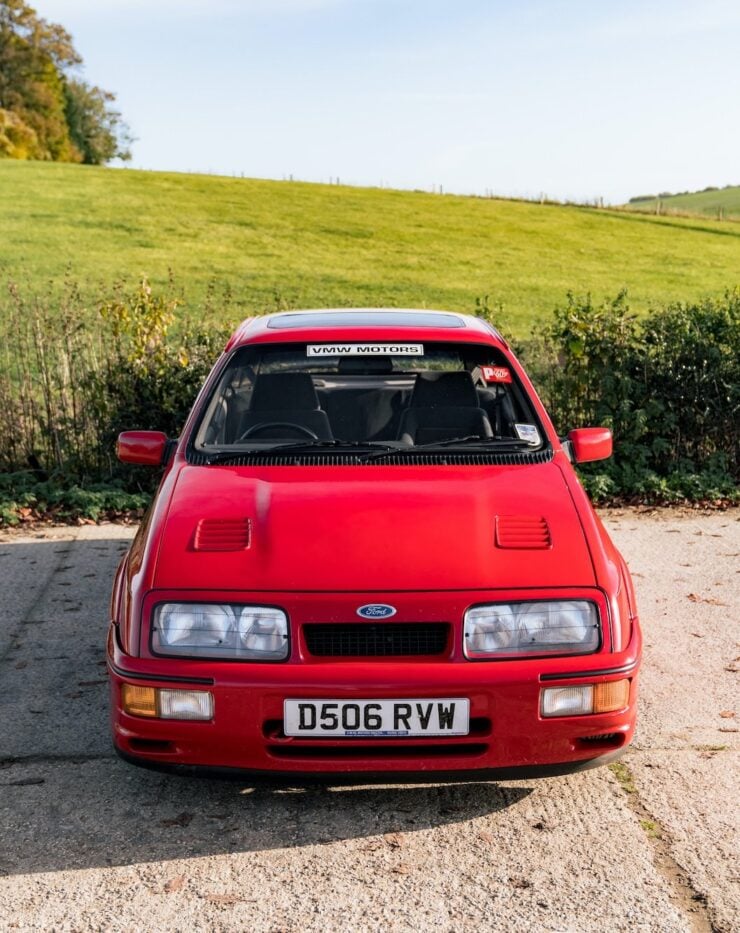 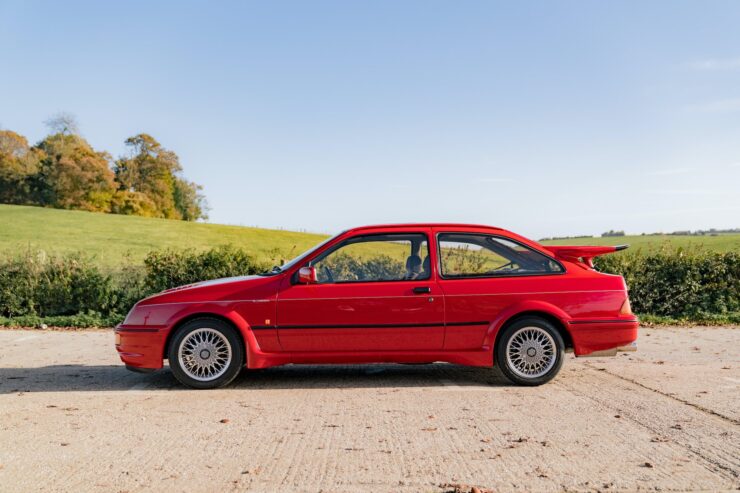 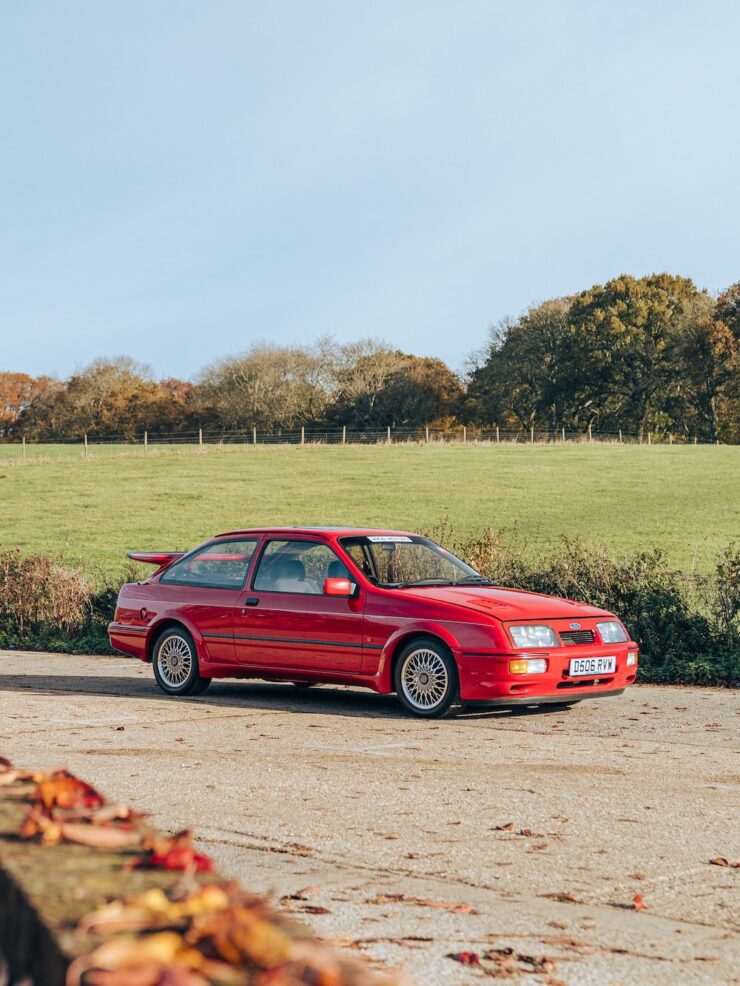 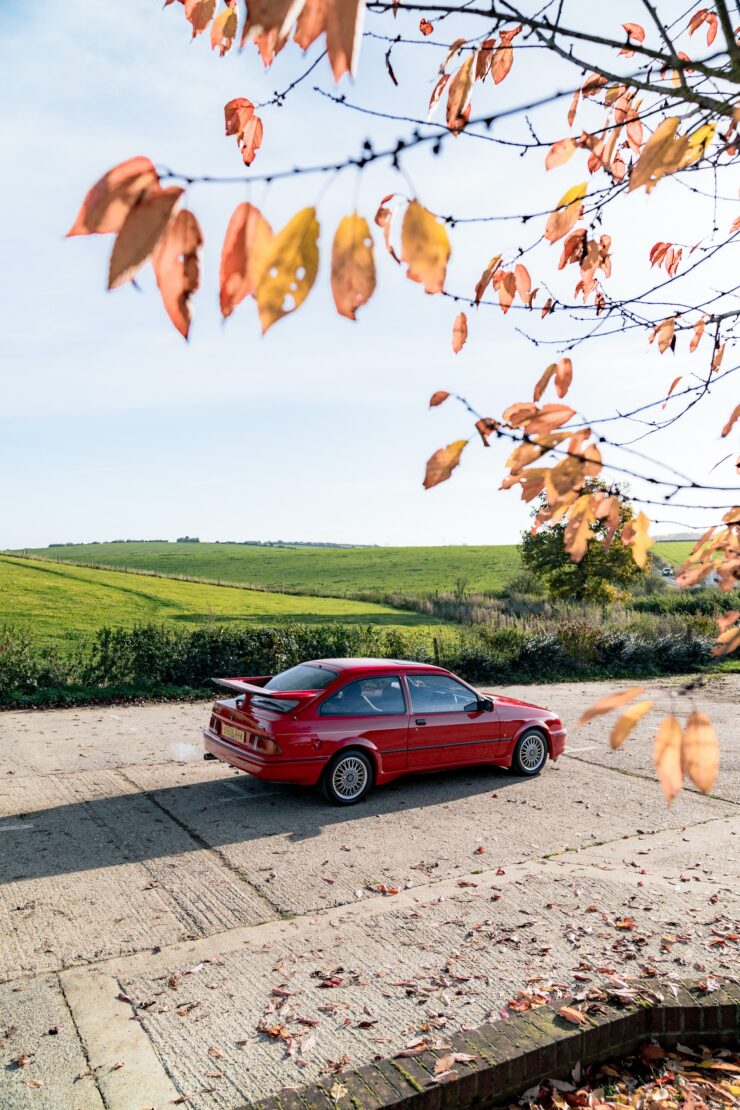 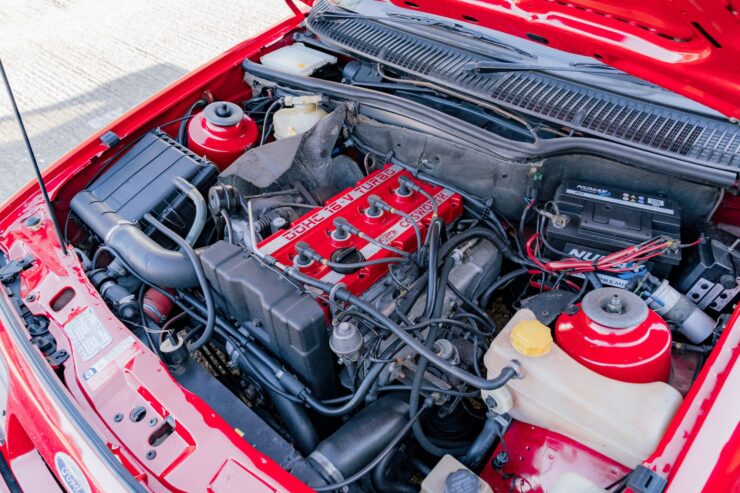 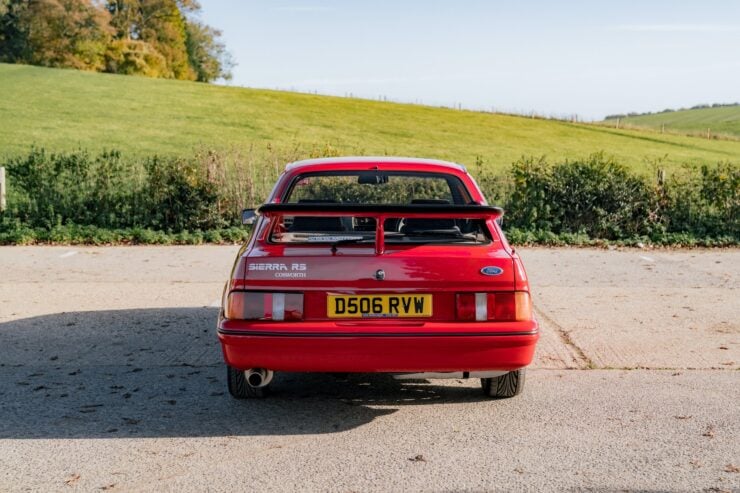 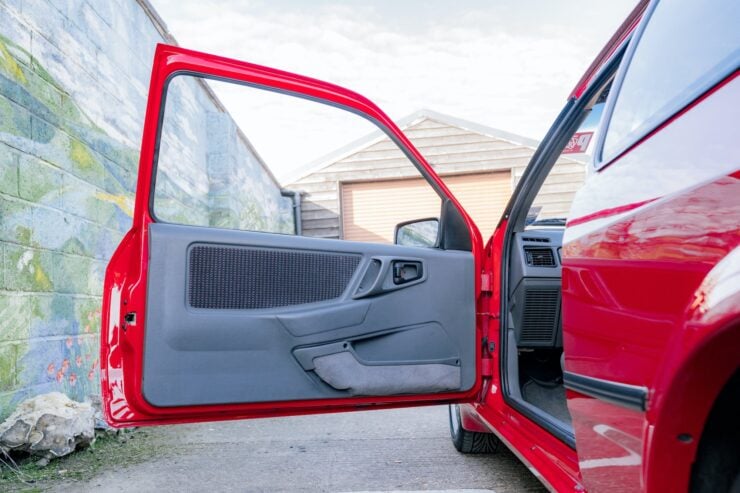 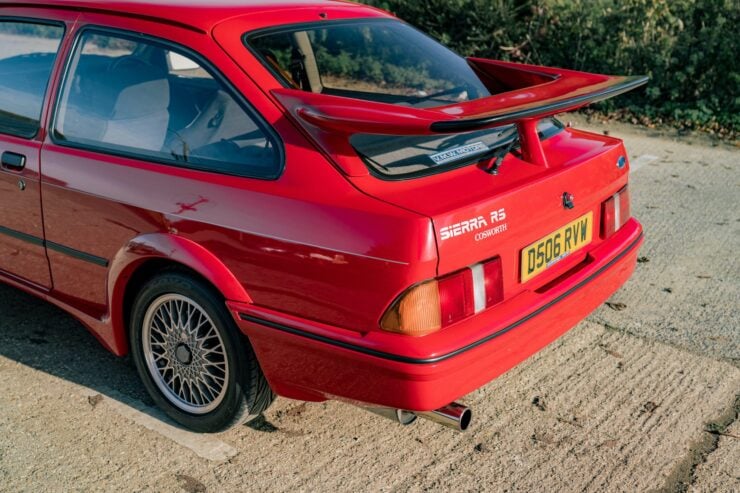 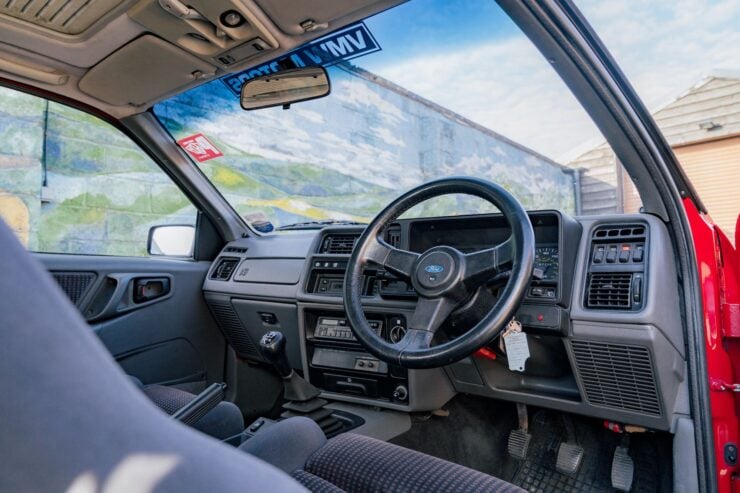 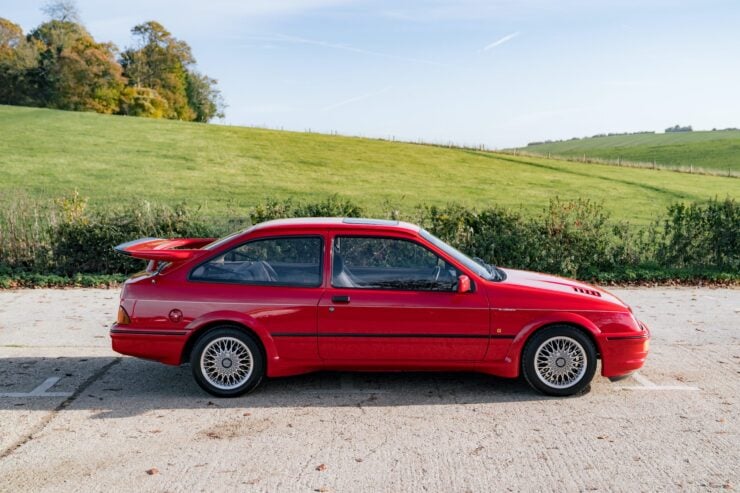 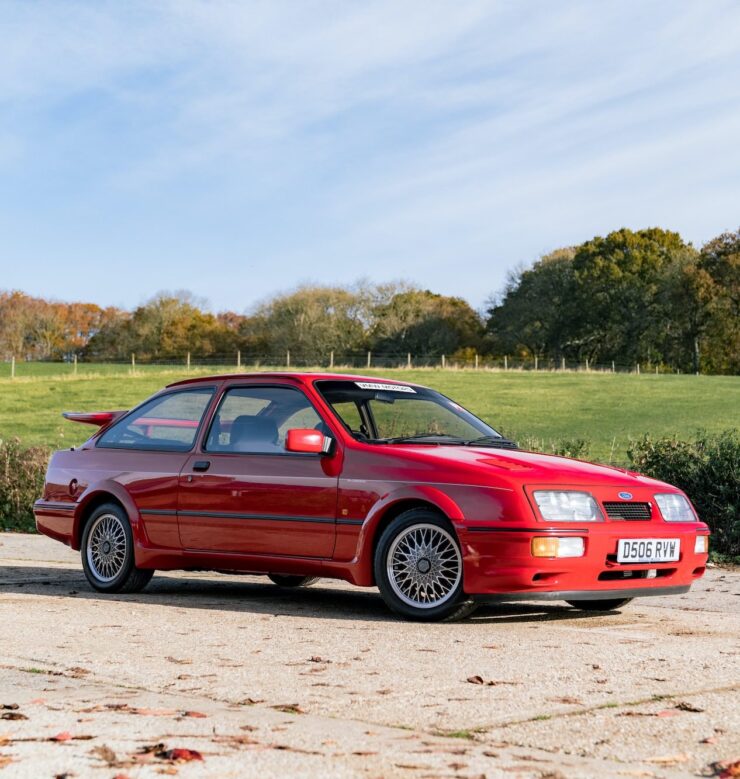 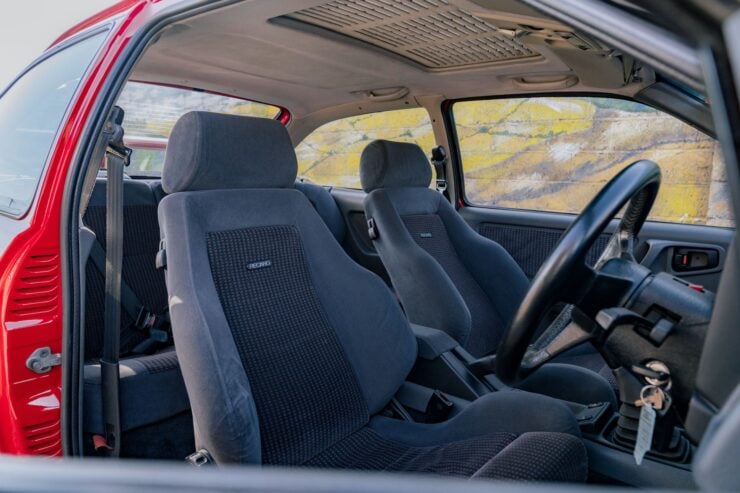 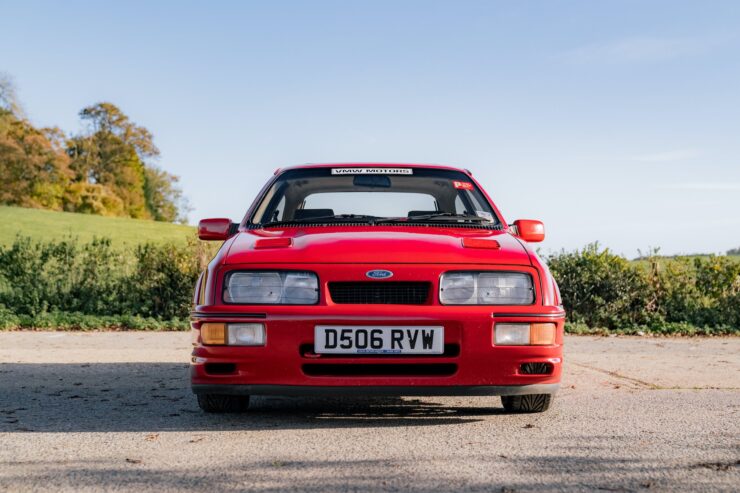